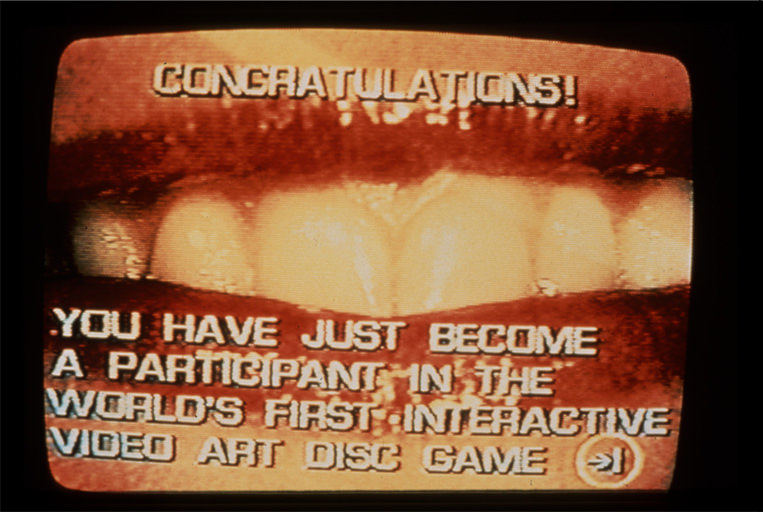 Lorna, 1984, by Lynn Hershman Leeson, was a pioneering work in interactive video art. Participants controlled the actions of an agoraphobic woman named Lorna, and could observe and influence the details of her life through the videodisk interface. I like the piece because I find it a little unsettling, early video art tends to have that effect, and Lorna accentuates this by creating a sense of voyeurism. I find the multiple endings to the piece interesting as well: Lorna can either destroy the television set, commit suicide, or move to Los Angeles, a set of options which ranges from amusingly strange to profoundly upsetting.
Lynn Hershman Leeson is a famous creator of all sorts of art, but she’s mainly known for art with a focus on the interactive, she’s one of the progenitors of the entire field. Her work focuses on the relationship between watching and being watched, and also on the issue of women’s rights: many of her films and art pieces are about the struggles women face in the art world and in the world at large. She works in both San Francisco and New York City.

Lorna, and her other work, can be found here.