Manfred Mohr created a Computer-Generated Art that captures a hypercube in 2D. Once users type something in the search engine such as Google, users’ text goes through an algorithm and proceed an outcome that matches what users put in. This algorithm is an equation that is a set of operations mathematically built to create particular tasks. 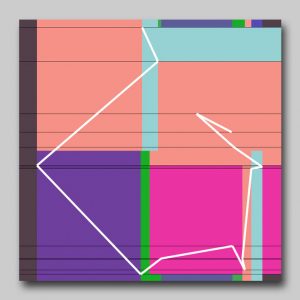 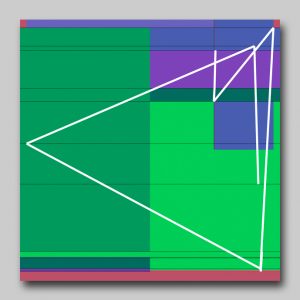 “Artificiata II” is an artwork that I am most interested in because it is pulled out from a design concept that he created called “diagonal path.” It is interesting to see how he used this algorithm to build a hard-line abstract shape into a hypercube drawn randomly between 11 and 15 dimensions. With his artistic sensibilities, he could convert a simple abstract shape into an impressive artwork using the randomness of the algorithm.