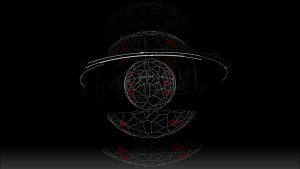 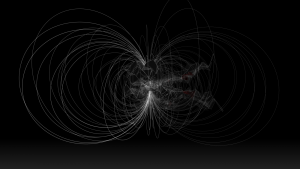 SoN01R is a realtime dynamic artistic visualisation and sonification of the quantum vacuum, more specific quantum fluctuations. The project was lead byDr. Thomas Seymul, using a realtime data feed from the Australian National University, Department of Quantum Science. By tapping into a physical quantum source they can generate true random numbers in realtime which drive the audiovisual work. I was very interested by how the project utilized the source of quantum to generate random visualizations and audio. So, in physics, quantum is the minimum amount of any physical entity involved in an interaction. After having some basic knowledge on the quantum, I become more impressive for the project as  How can one visualize something immaterial, short lived and universal as quantum fluctuations? I could not find information on how exactly they monitors the quantum fluctuations, which is basically the temporary appearance of energetic particles out of nothing.  The thought behind this project by linking the smallest particle in physics world to an artistic representation is truly inspiring. And they accomplished the conversion in a very aesthetically pleasing way.