The inaugural exhibition, XYZT: Abstract Landscapes is a beautiful and profound exhibition that is created by a group of artists and engineers cooperating under the name of Adrien M & Claire B, which is led by Adrien Mondot and Claire Bardainne. XYZT that is named after four dimensions (horizontality, verticality, depth, and time) performs 10 works that are supported by a distinctive mathematical algorithm. The giant screen with sensors forms “could” of pixels and performers can interact with the projections during the show. 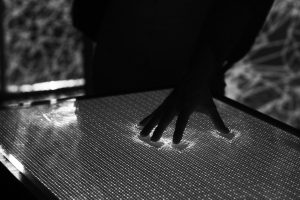 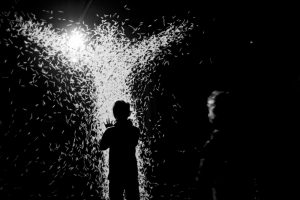