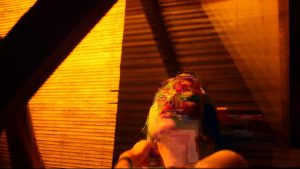 Berlin-based photographer, Polina Efremova, explored what would happen by taking a step back in terms of technology. A lot of us rely on the newest technology to get us through the day and I admire Efremova, by counter intuitively doing the opposite. Efremova’s series called “Destruction” organically and randomly generates glitch art. However, Efremova was forced to abandon this project due to the sudden popularity in glitch art at the time. She thought that her releasing this type of workwould just underscore the meaning and intent behind the photo.

The process is a rather analog process but is full of randomness. Efremova would take a video with current photography technology and play it on an outdated computer, which the computer would have trouble rendering thus ending up with a glitchy screen. Efremova would be able to easily confuse the computer with a series of rapid pauses and plays thus resulting in the glitches. The outcome is some highly complex and complicated images that take some time to decode created by mechanical randomness. 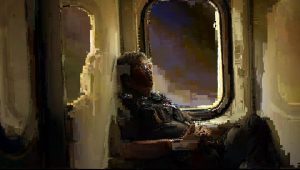