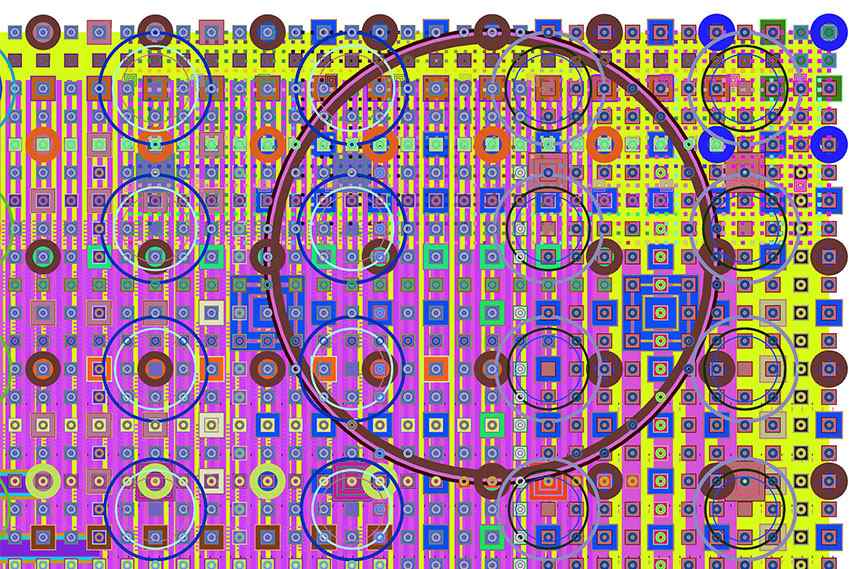 Mark Wilson’s computational art is a combination of randomly generated images and geometric relationships. He has been a trailblazer in the field of computational art since the 80s, presenting his work at exhibitions all over the world. By layering complex geometrical patterns Wilson is able to produce an image with many layers of colors, shapes, sizes, textures, and visual effects. I was drawn to this project because it appeared to be a very intricate type of computational design which is endlessly interesting. I am curious to see how random image generation from basic geometrical shapes has developed since the early days of computational design, and whether this sort of drawing has entirely gone out of fashion as a result of the development of more sophisticated algorithms which can produce more visually appealing products. I am also curious to see how designers of computational design have responded to the psychological side of random image generation, maybe tweaking algorithms to still produce images that can be called random, but which contain certain constraints that result in more refined visual or emotional effects.