So at first, when I browsed the curves on the Mathworld website, I was drawn to the Butterfly Curve, and thought it would look interesting if it grew large and small from its center. So I looked at it but was warded off because it looked complicated and I wasn’t sure how to denote it in p5.js. Then I started playing with sine curves. I later realized with the help of my friend that the sine curve wasn’t an equation choice from the given site, so I (begrudgingly) went back to the Butterfly Curve and to my surprise, was able to translate it over into code without too much of a hitch… I was a little confused about how to write the parametric equations for the Butterfly Curve but the p5.js reference page helped a lot. I also added the sine curves I had been playing with into the background. I actually quite like the ever “fluttering butterfly” I was able to make. It makes some interesting heart/hybrid shapes too. 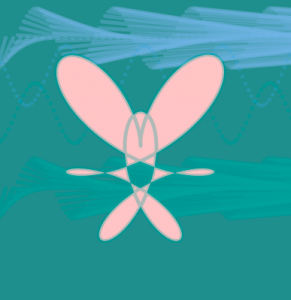 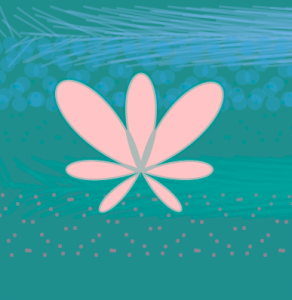 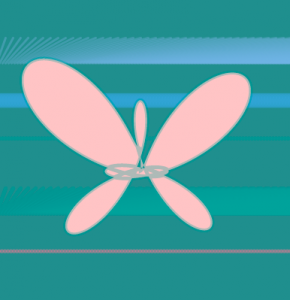