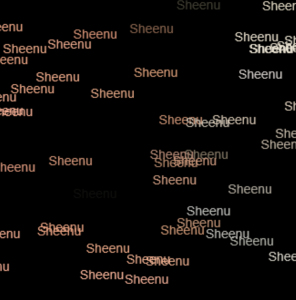 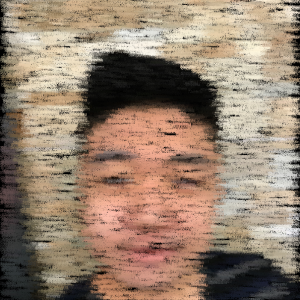 I wanted to do something with text, so I decided to use my name as a custom pixel. I guess you can say this portrait has my name (and face) all over it. I like how the text starts to appear like brush strokes or pastel as more text generates and creates the full image. I found it as an interesting effect I wasn’t aware of nor expecting. I also wanted to do something with my last name, so I made them generate in an orderly fashion but with randomly generated colors. The “You” is definitely a huge contrast compared to the “Sheenu”, which generates randomly and has a specifically generated fill. In the end, all I can say is that a picture is truly worth a thousand words (or names).

Choo choo View all posts by Sheenu You