I have always been a fan of simplicity in art and design. All the while providing enough substance to hold the attention of the viewer. I think this piece by Herbert W. Franke does this quite well. After all, it is only a plain white canvas with many squares randomly placed. However, in this simply idea he gives the audience a fun moment to look at his work. He does this by changing the sizes of the squares and letting them overlap, giving the piece an added dimension. Now each different viewer can see something personal in the random amalgamation of squares.

As far as the actually production of the piece, I would imagine, with whichever program he used, he used arrays to hold various sizes and a “random” command to place and call different sizes from the array. He describes the process as drawing and then generating it digitally. 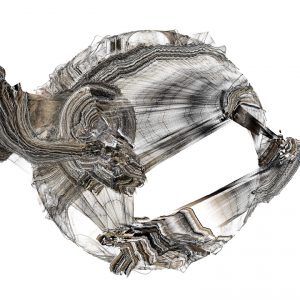 Jared Tarbell, co-founder of Etsy, is a generative artist who utilizes algorithms to create graphic images. His online portfolio known as Gallery of Computation (2012) has compilation of computational, generative art works created through the use of different geometries and texture. Although he manipulates code to achieve certain result, some of his works embody use of randomness in generating art. Happy Place is an example of that which are configuration of a system of nodes that are connected at random preference to other nodes around. And these connections are defined as “friendships.” Limits are set to this random variable: nodes move close to make friendships but no closer than a minimum distance and nodes keep a reasonable distance from “non-friends.” At start, the nodes are placed inside the boundary of a circle; however, once the nodes are connected to the system, they form to its best structure while re-arranging appropriately. The artist’s sensibilities are best portrayed through the view of the nodes and its connection as “friends” and “friendships” as well as its use of Sand Stroke object that texture the connections to add depth to the final result. The artist also shows one design that derived out from an error that created a strange vertical movement, open to discover new things from different possibilities. 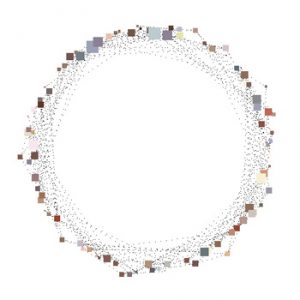 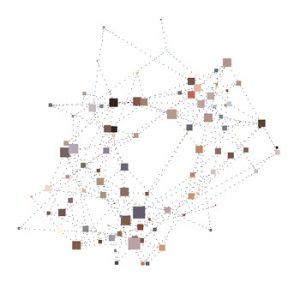 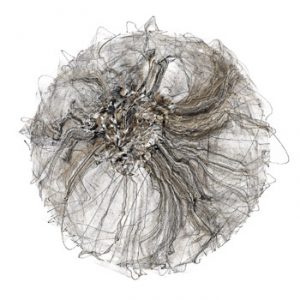 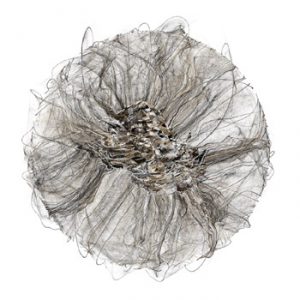 The other day my friend was telling me about Conway’s Game of Life, it is a celluar autmaton and was created by mathematician John Horton. This i a pseudo random program that uses a set of rules to create a different situation based on the starting position determined by the user. As soon as the starting condition is determined, the rules play out. The program will run as long as none of the shapes die. They die if they are completely surrounded and cannot grow based on the rules. I appreciate this a lot because it was not originally created to be art, but since it’s creation many people have analyzed the rules and created some very graphically interesting animations.

For this week’s topic on “randomness”, I chose to write about artist Cy Twombly. Cy Twombly is a famous American painter who is known for his stylistic freely-scribbled, graffiti-like, large-scale paintings. Twombly drew inspiration from mythological stories and expanded it into his own way of representing a cultural memory. Just like the painting above, his paintings are compose of variety of colour palette. However, oddly all the colours come together and create an unique harmony; not one colour seem to pop predominantly and overpower the other strokes on the canvas but every strokes are in perfect harmony. Perhaps, this is the point where we should be asking ourselves about where to draw the line between randomness and intentionalness in his painting. Even though the strokes he painted on were random, his colour choice may not have been. To apply this on my creative process, I think this made me thought about where my subconscious is based on: What I think is random, is it really random?

I tried to look up randomness in computation of art through architecture and stumbled upon an interesting article: https://www.fastcodesign.com/3052333/the-value-of-randomness-in-art-and-design

There is a project called “Coding Architecture”, which was done by Linyi Dai. It is under the category “Randomness Projects” http://lostritto.com/risd2015spring-seminar/?cat=6. This project was a result of a challenge that students were given, which was to consider what they can do in order to generate random results. Dai used the value that she was given to generate the rungs of a sphere that seem random but were actually well thought on based on what she might have wanted it the different rungs to look like, which was a sphere. What I admire about this project is that these students, including Lindi, use computation as a medium for art rather than a tool and can use the concept of randomness to create something in art that may not be as random as one may think.

In this particular assignment the way that Linyi used the concept of algorithms and randomness was to just use what she was given, values, and create pretty much anything she wanted, which was a sphere that was cut up. when randomness is used in art and architecture I think a person puts together what they want to put together and thinks seems coherent to themselves, but may look completely random to someone else, which is what I usually feel when I’m in a museum looking at artwork.

Nothing is random, whether it has to do with the design of something or the idea of something, there is always a underlying reason for why something is the way it is even if it may seem random. The article states that “randomness” is not a new concept. In nature random occurrences are easily found, but that’s different in a digital computer where the “randomness” is now quantifiable and known. Although the “applications of randomness in statistics, computer science, finance, and mathematics are well established, it is less so in art and design”. This is why I wanted to look more into the idea of randomness in something like architecture, which I didn’t specifically find but I found that there are cases where they use computational practices like randomness to create architecture. Example: Coding Architecture.

To explore randomness in computational art this week, I decided to look into the work of Rami Hammour, an architect and graduate of the Masters of Architecture program at the Rhode Island School of Design. Rami Hammour’s work often uses computation to derive generative forms that resemble ordinary and analog techniques. For example, the piece above entitled “A Text of Random Meanings” uses computational randomness to create strokes in columns that resemble a list of text. Rami Hammour achieves this using a python scripts that takes in the values of three integers: 9, 11, and 13, as registers to move the drawn line along the canvas. By using a Python script to this degree, Rami Hammour is able to create works that draw and highlight variances in the stroke.

Other pieces in the series use wider and less dense strokes to reveal the binary code beneath the randomness that the script entails. As it zooms in, it reveals a series of right angles in the piece.

I chose to look at the complexification series by Jared Tarbell, a programmer/artist who also co founded the website Etsy. He creates algorithms that produce pieces with random elements, like the one above. He leaves his code open to modification by interested parties as a way to keep it in execution by distributing the source code, which I think is cool and an interesting way to collaborate. Although I do not know much about the algorithm used to make this specific piece, I like the way that the slight variation and randomness in the threads that make up this piece combine to give the digital work an organic feeling. 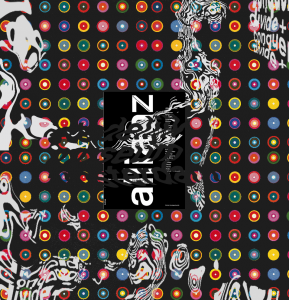 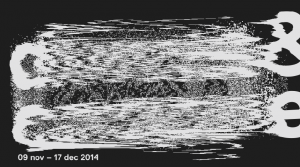 Dodaro used processing to make randomized collages of works from all the artists featured in Stedelijk Museum in Amsterdam. When the user interacts with the piece (by clicking) a new image is generated and projected on the gallery wall. I think the interactivity was good not only for making the viewing experience fun but also for proving the complexity of the program. I admired the posters created by this process because they are visually complex and put an emphasis of aesthetics over legibility. The contrast between the organic marks created through randomness and the utilitarian font is particularly interesting. The artist’s sensibility shows through in how the program collages pieces together and the choice to use pieces from the show. 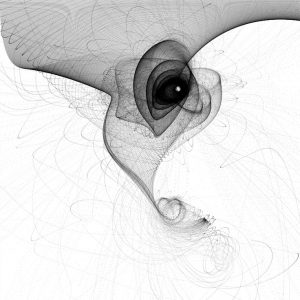 This is the art work of Keith Peters. He is a coder and generative artist that does work in a variety of coding languages. His basic method to creating art is to use the coding software and play around with it until he gets something that looks nice. He has a whole website dedicated to his work called Art for Code. 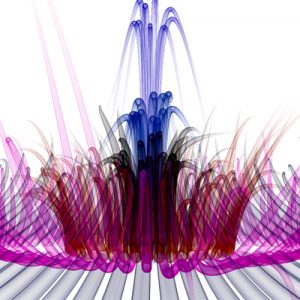 From his work it is possible to see that there seems to be a lot of mathematics involved or the shapes that are formed look very organic and nature like which to my surprise is not uncommon in this field of generative art because a lot of the employed mathematical models are often those useful in scientific analysis and simulation. 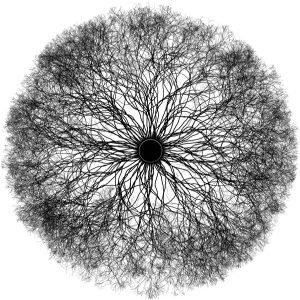 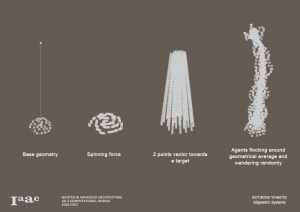 This project is an exploration of stigmetric systems and multi-agent based systems. Using a group of agents, which are often used to represent organically behaviored bodies in a larger “flock” (birds, bees, fish, etc.), the program randomly distributes these across different surfaces, spinning forces, and vectors with specific targets are applied to them.

What’s excellent about agent-based computational design is that it is a field that merges the seemingly arbitrary and random nature of the organic and the mechanized, calculated nature of computer software. Randomness fits well into computational design because in a simulation, random values can fill in the unimportant blanks and can be used the emphasize the algorithm over the results. In that way, we can enhance the seemingly arbitrary patterns in nature through very calculated, yet somewhat random, simulations.