In this post, I would like to highlight 3D graphics in general, referencing a few projects throughout. If you were to graph the speed of technological progress in the last century, I’m sure it would look like some sort of exponential function. Disney Pixar’s Toy Story was the world’s first animated movie featuring 3D graphics.  While it was technologically impressive for its time, the animation from that movie looks incredibly primitive today to anyone’s eyes. Compare that to something like Avengers: Infinity War. While it uses human actors with motion capture, nearly everything in that movie is animated using computer-generated graphics. The resolution, textures and shading are so good that they can make these extraordinary scenes and events seem as real as the movie’s actors. And this is just in a period of 23 years! I cannot imagine how far we’ll go in the next 23! Currently we can animate things to look real enough to trick our eyes into thinking something presented to us in a VR headset is real, but this is just the advent of VR. Progressing with these sorts of graphics capabilities presents a fascinating picture for the future. We could have movies that take place around us that are so realistic that it’s impossible to tell them from reality. Maybe they could even be able to generate graphics around the viewers and involve them in the action. Whatever happens, the result of the future of 3D graphics will be fascinating. 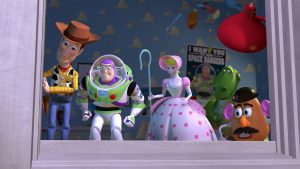 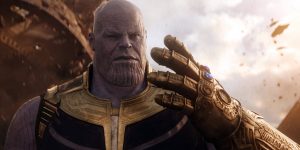