For my final project, I want to create a game that has something to do with mouse interactions. I will be creating a tree that constantly has objects falling from it. The objects are apples, golden apples, and bird poop. The task of the users is to catch the apples with the basket through controlling the mouse x position. If the users catch a apple, they will get 1 point. If the users catch a bird poop, the game will end. If the users catch a golden apple, they will get a bonus life that will save them from losing the game if they catch a bird poop later on. The background would be a generative one that has birds flying around. The color of the day will change according the the time when the user is playing the game. I am still currently thinking of other things to add to the game, such as having a naughty kid that comes in every now and then who steals the apple, or speeding up the velocity of the falling apple over time. 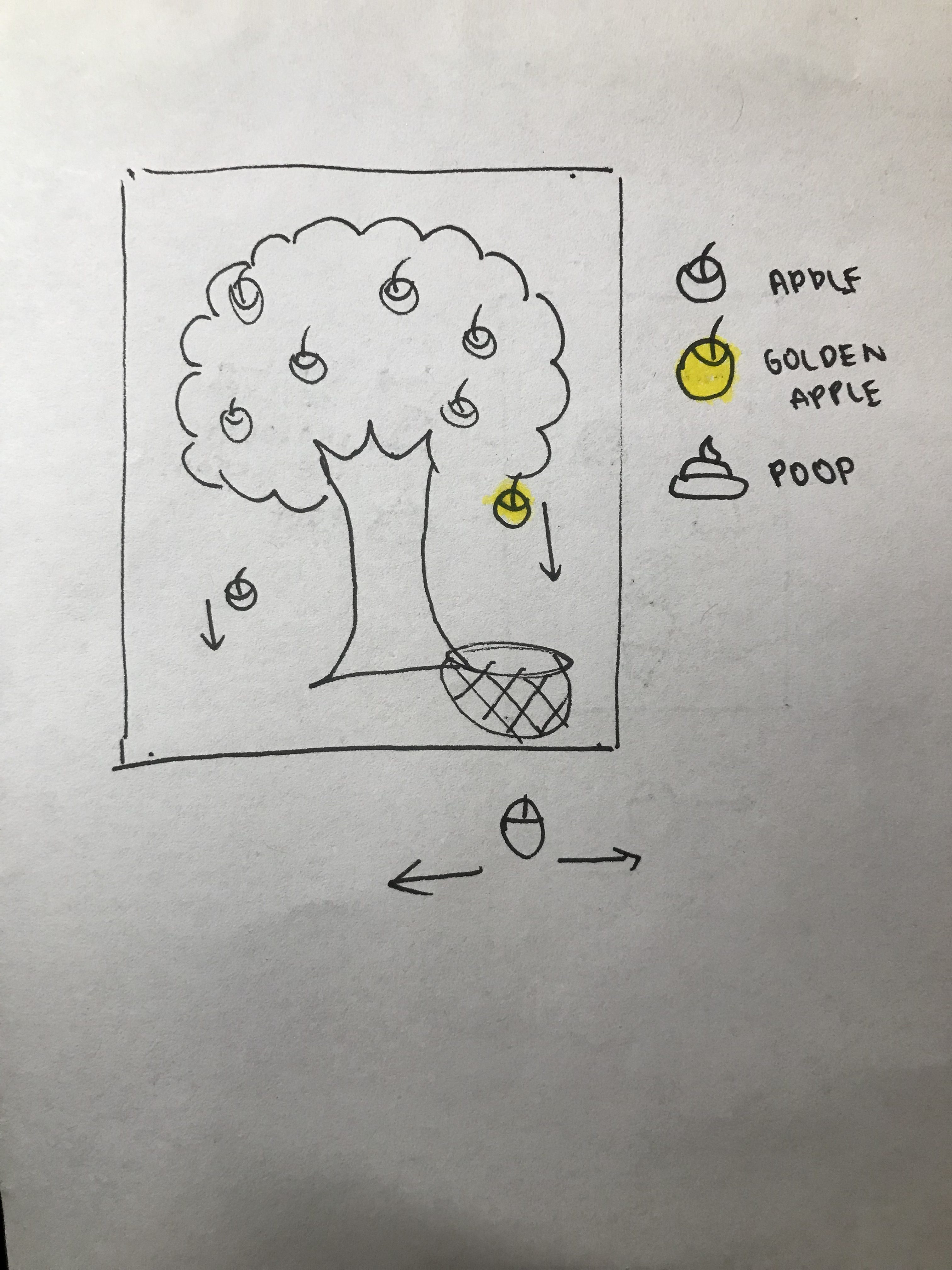