Think of the different ways that you deal with hot surfaces in your own kitchen—you might hold your hand near something to see if it’s hot, you might touch something briefly if you’re unsure of whether it is too hot to hold, or there may even be warning lights that tell you if something is safe or not to touch. 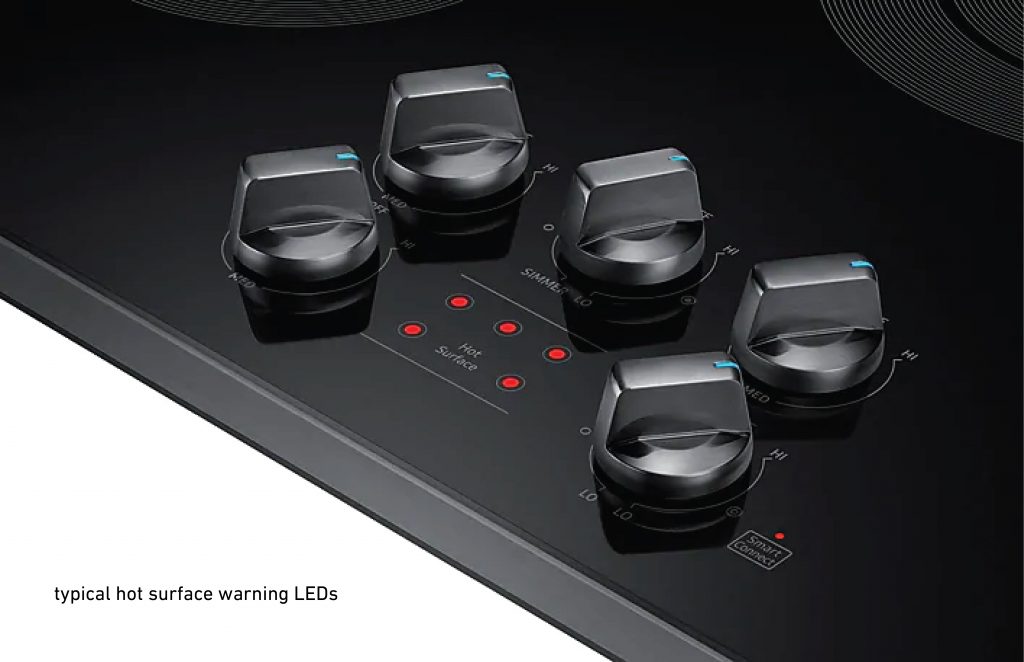 In a visually impaired person’s kitchen, however, many of these methods don’t work, and one must rely on audio queues to accomplish the same tasks. This video outlines some of the methods that the visually impaired use in order to navigate their kitchen:

Thinking about the various audio queues present in a kitchen, one of the sounds I kept returning to was that of a kettle boiling water. I think there’s a beautiful simplicity in the way that users interact with kettles by associating the iconic steam whistle sound with heat and completeness. 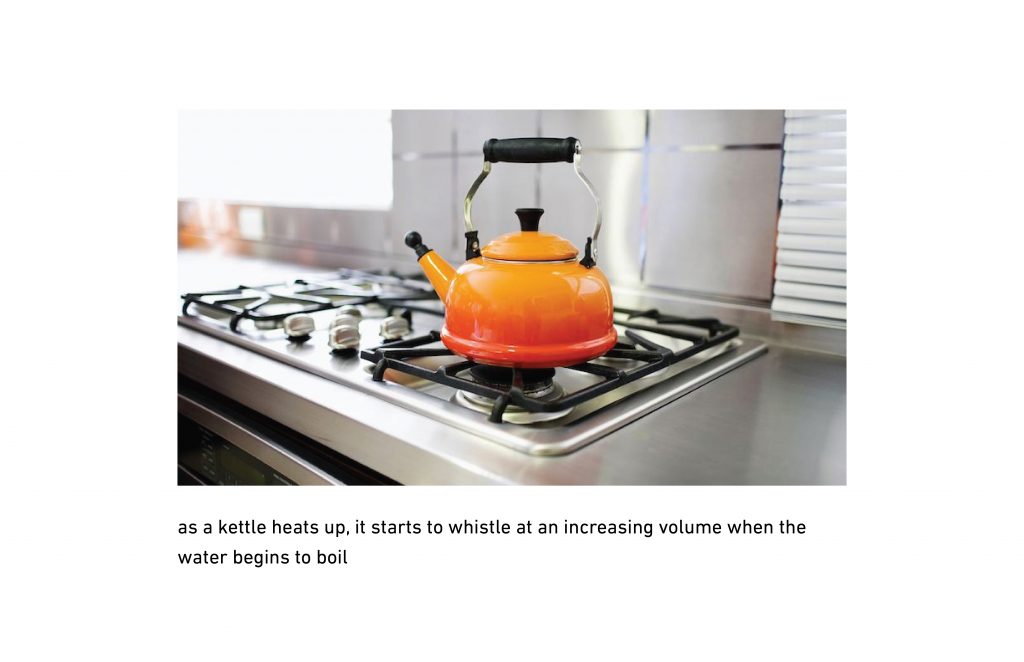 My ideas is to incorporate increasing tone (similar to a kettle whistling) and apply it to stove tops in order to accomplish a couple main goals. First, if the stove top emits a tone as it heats up, visually impaired persons will be able to gauge the temperature of their surface from anywhere in the kitchen. In addition, I would like to include proximity as a variable—perhaps heat could affect the pitch of the tone while proximity to the hot surface itself affects volume. The goal is for these inclusions to not only make the kitchen safer for visually impaired persons, but more functional as well.

Below is a depiction of how a user might encounter tone as he/she reaches near a hot cooking surface. 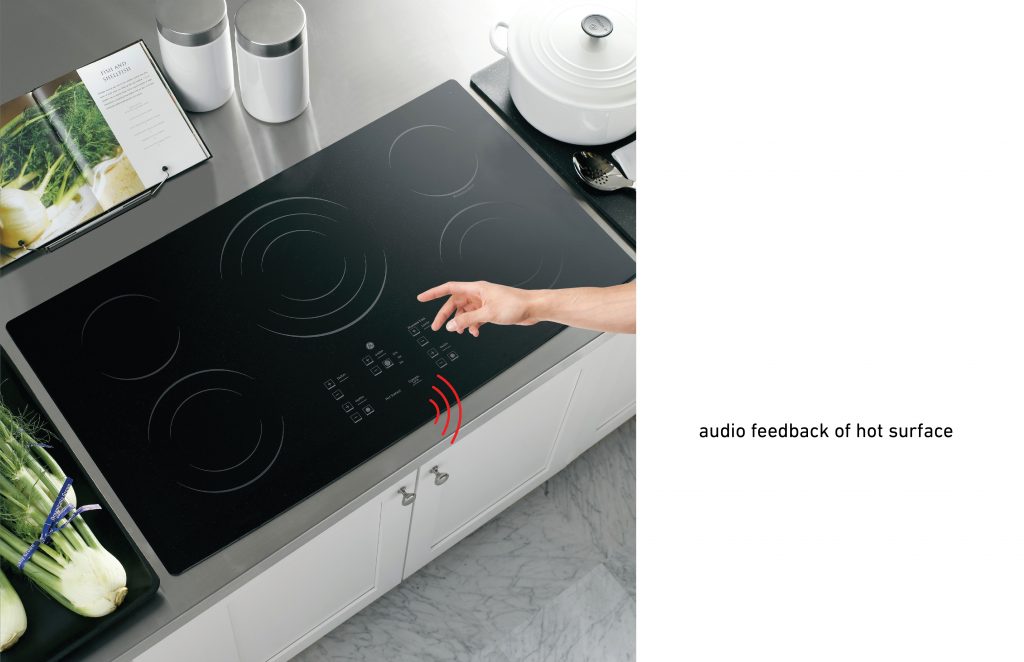 A simple circuit sketch shows the components that would be necessary to make this happen. There is a speaker to emit the tone, a heat sensor that affects the tone’s pitch, and an infrared proximity sensor to relay information to the microcontroller. Ideally these electronics would be integrated into the design of the stovetop itself, rather than as its own add-on device. 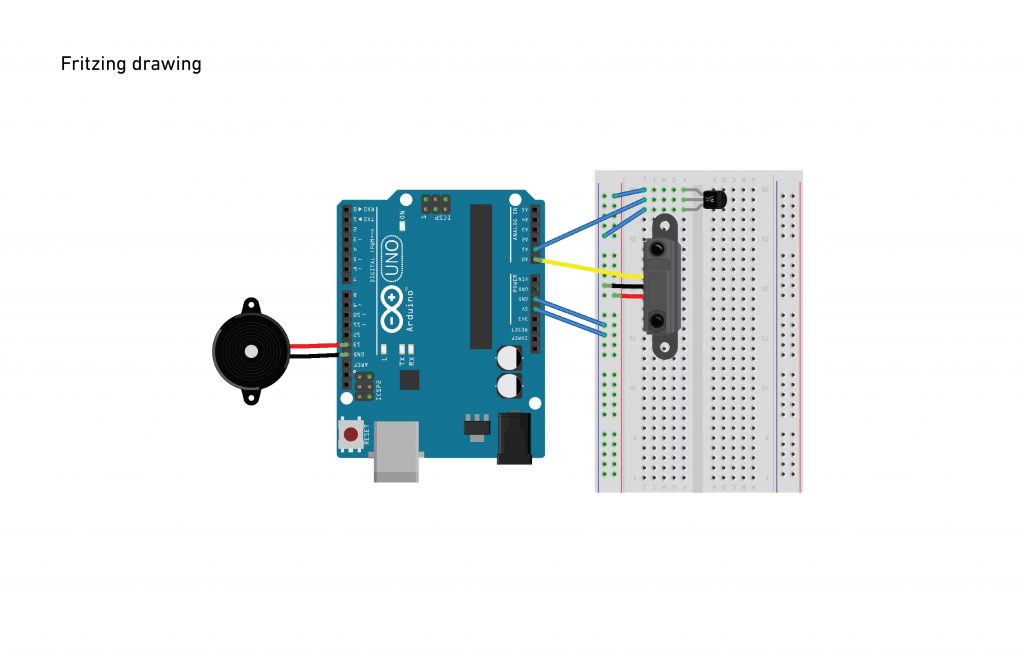 Pretty cool episode I listened to a while ago about how bees are the bees knees.

Also, a lot of other great episodes if you’re interested in design.

Maybe it’s because I haven’t been exposed to as many physical computing projects as professionals in the field, but I personally felt that Igoe’s list was overly critical of a great deal of genuinely cool artifacts. I do, however, think this list is useful as a reference point of what types of things others have used microcontrollers for.

While I will be careful not to incorporate any of the cliche subjects that Igoe mentions, a lot of great design comes from incremental improvements to preexisting things; not necessarily huge creative leaps in technology.

I thought this was a very interesting story, and I enjoyed how certain realities of what the narrator is going through are progressively revealed as the story goes on. To me, the intentional confusion as to whether the human in the suit is dead or alive and if the suit’s AI is real or imagined illustrates the epitome of invisible design. It is both exciting and terrifying to imagine intelligent, designed products whose presence is seamlessly integrated into daily life.

This narrative almost evokes the same emotions as a Black Mirror episode in the sense that much of that series focuses on what happens when the things we want technology to become do indeed become a reality—however, it ends up not being what we wished for.

I’m pretty new to both Arduino and programming, however I have had quite a bit of experience using laser cutters, 3D printers, and most shop tools to make things in an industrial design context. I’m OKAY at modeling things in CAD software, and I once folded an origami model that went on tour around the country.