My cat Nala is the shiest cat you will ever meet. She hides inside the litter box from Ginger, our other cat, when she gets chased. After having many occasions where we tried to look for Nala and found her in the litterbox and unintentionally interrupting her privacy, I decided to come up with a device.

This device shows you if the litterbox is occupied, and it also tells you when it needs to be emptied.

It includes two sensors: the PIR sensor and a methane gas sensor. The PIR sensor will be placed inside the litterbox to tell one if it is occupied. The gas detector detects various types of gases that create an odor, but methane gas mainly. It tells you when the box has to be emptied.

When the litterbox needs to be emptied, the red LED turns on and it displays the message “Empty the box!”. Through various range testing, the adequate value that corresponded with times of the toilet being used was “110.”

This is when both sensors are activated.

Video demonstration of how this works:

Now that we  know that it works, it was time to actually get real. 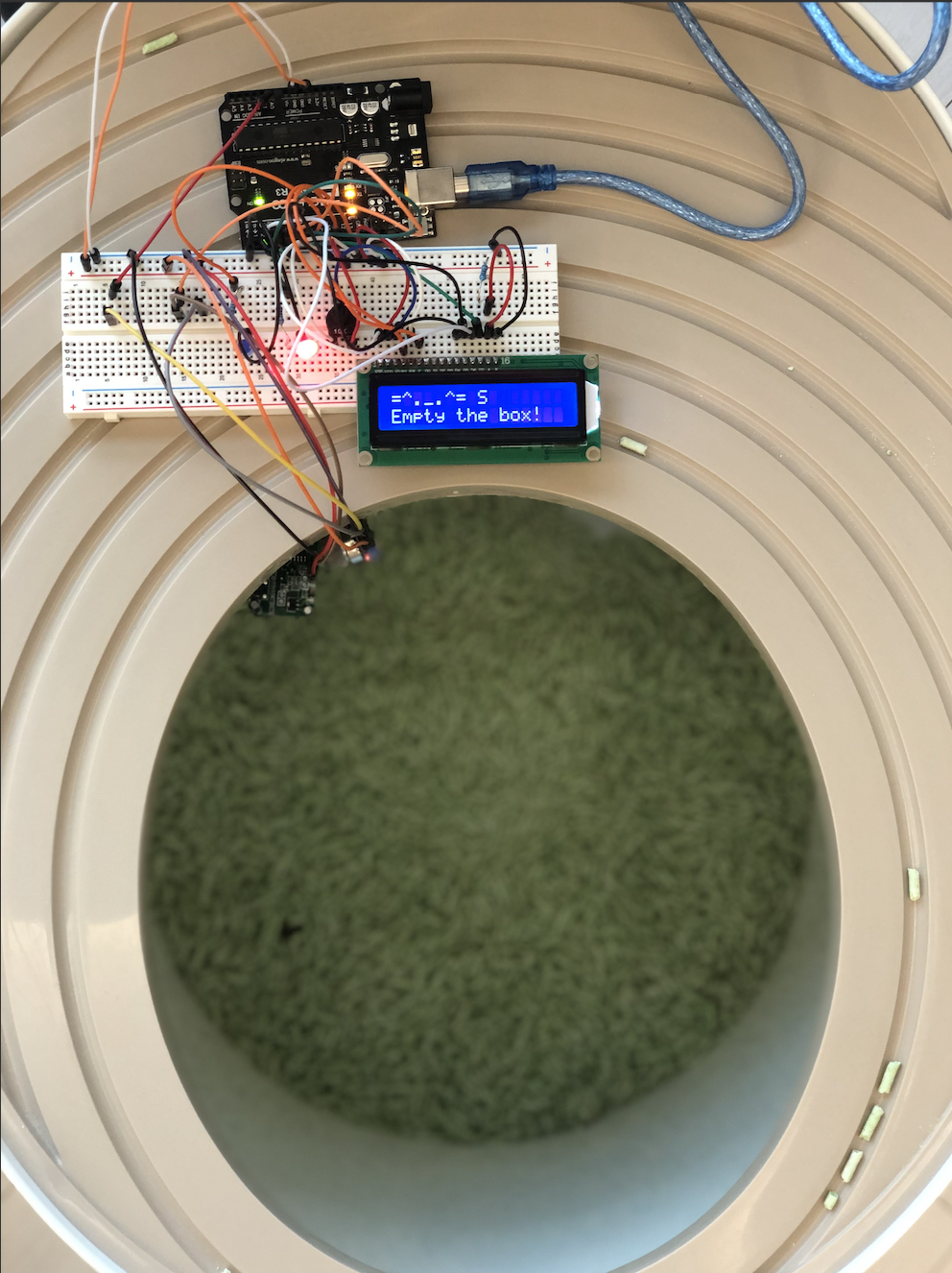 For some reason, my 9V battery was not working; so I had it connect to my computer. It already told me that the box needs to be cleaned. 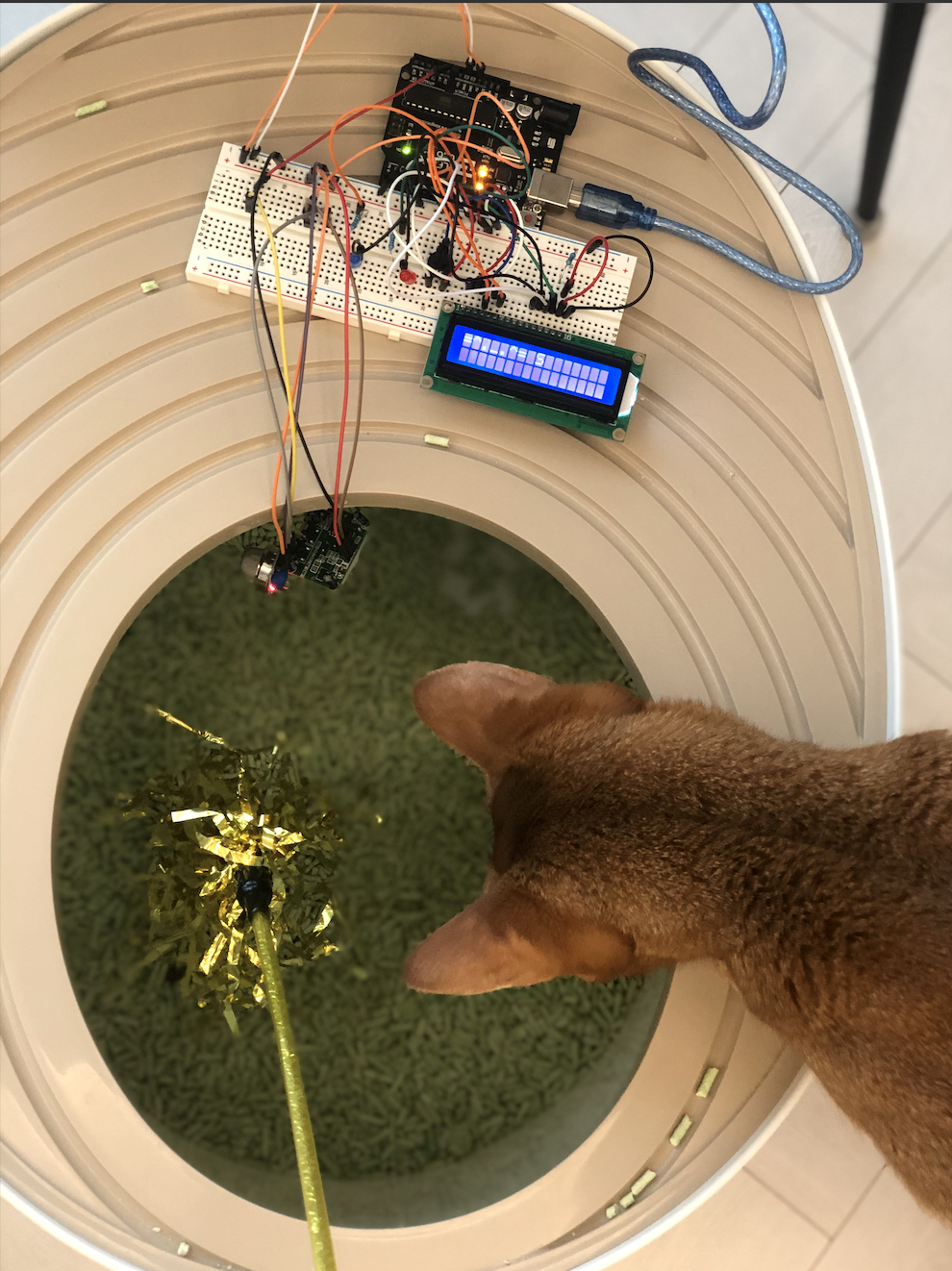 So I came back after cleaning; the display does not say that it needs to be cleaned anymore, so I needed to get a participant. Nala knew what was going on so I couldn’t get her inside the box, so I tried to get Ginger to be my first participant. 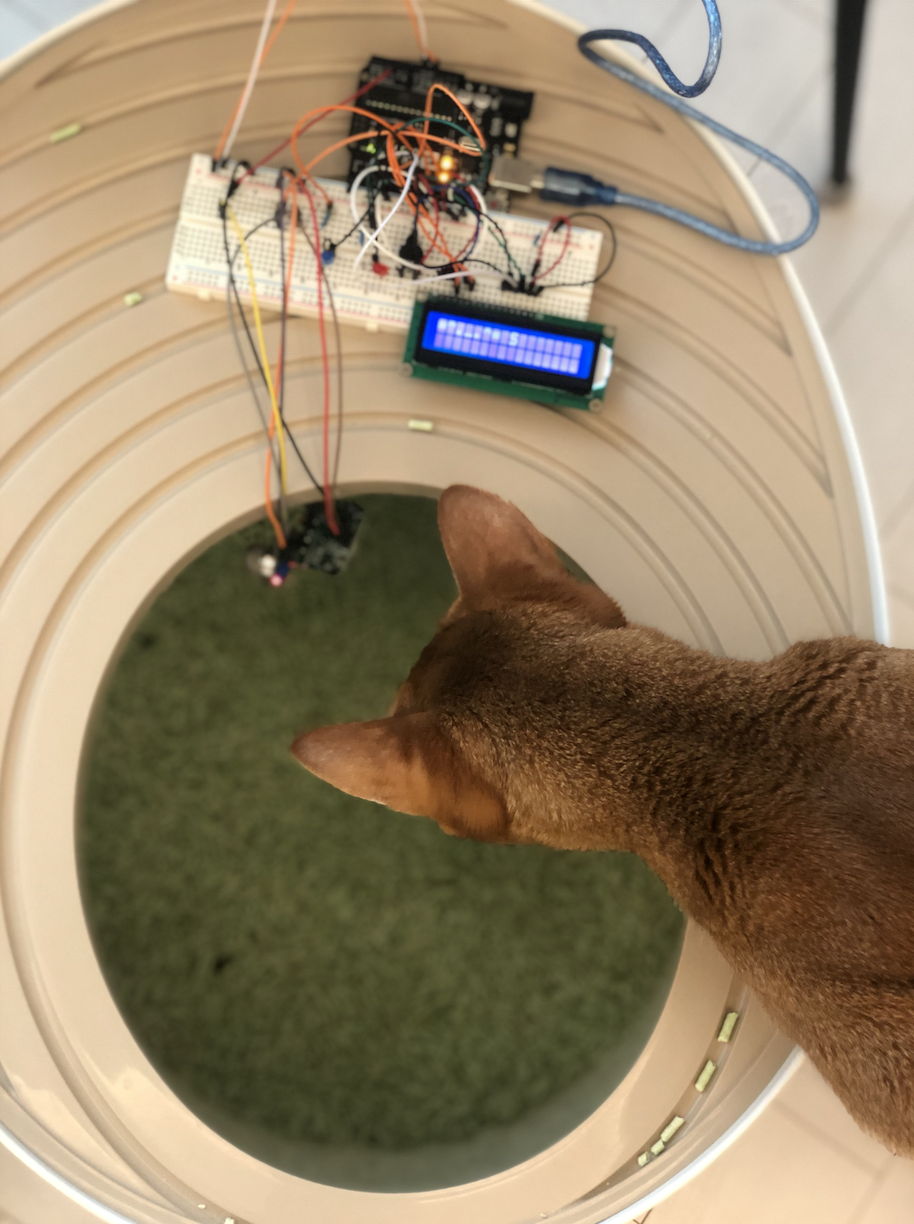 He seemed quite convinced, but he seemed uninterested because he already emptied his stomach before the testing.

Why the gas detector?

-The commonly used sensor for movements would be the ultrasonic sensor; however, cats are very sensitive to sounds. So I used the PIR sensor that detects the infrared light coming from moving objects with heat.

Why do we need this to be visual?

-I have been working with cats since the introduction to physical computing class. My cat Nala is now 8 years old, so I wanted to do something fun with her and also wanted to make her life better and more convenient because all cats deserve the best life. As much as humans, cats need some privacy as well, and this gets often interrupted when we share the space. Cats can’t say “Hey I need some space”/”I need this to be cleaned” or when you find them in the litter box/private settings, their privacy is already interrupted. So I thought the mutual ground that we have is having things visual. 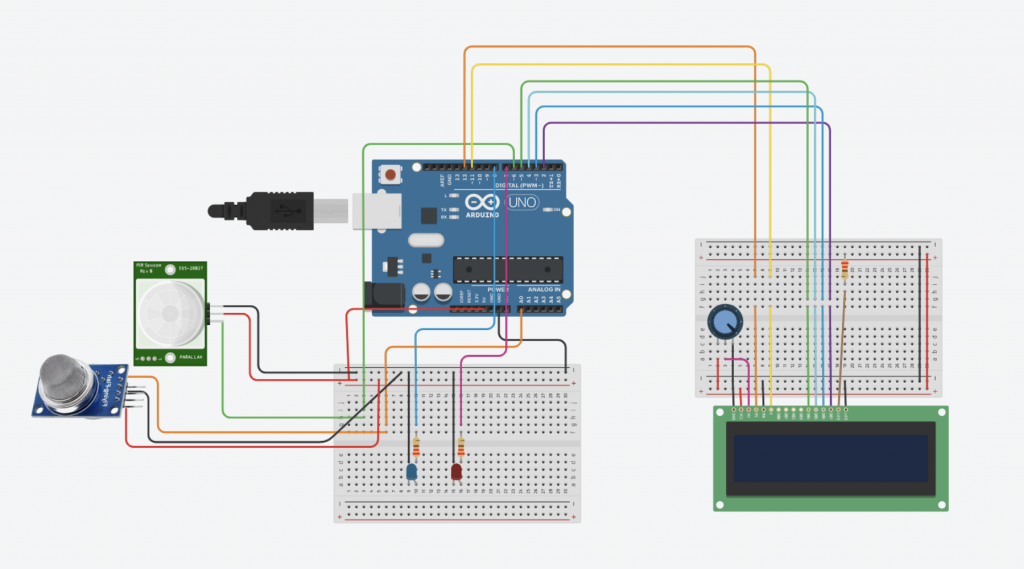 Junior in Art, trying to minor in physical computing. View all posts by kyungsec@andrew.cmu.edu