Problem: Aggressive, domineering speakers often create a hostile environment (both consciously and unconsciously) by interrupting others during discussions, meetings, and most recently, during the presidential debate.

Lots of such speakers are unaware that they are constantly speaking over others, and do not actually respond to intervention by others in-situ when they are exhibiting this behavior. They also distrust other’s claim that they are frequently being disruptive to others because of confirmation bias.

Solution: A tactile, haptic feedback in your pocket based on how long you have interrupted someone. Similar to someone kicking you under the table when you’re saying something you shouldn’t, it delivers a metaphorical “kick under the table” to provide a speaker awareness of their interruption.

When you first start speaking when someone else is speaking, you receive a simple tap as a reminder. As more time elapses, the taps increase in frequency (and optionally magnitude. The mini solenoid in our kit doesn’t allow for a change in force). This should impress upon the speaker the severity of their interruption (i.e. the longer it is, the more rude and disruptive it is and unlikely to be constructive). If the interruption time elapsed exceeds 5 mins, it should just switch off someone’s mic. 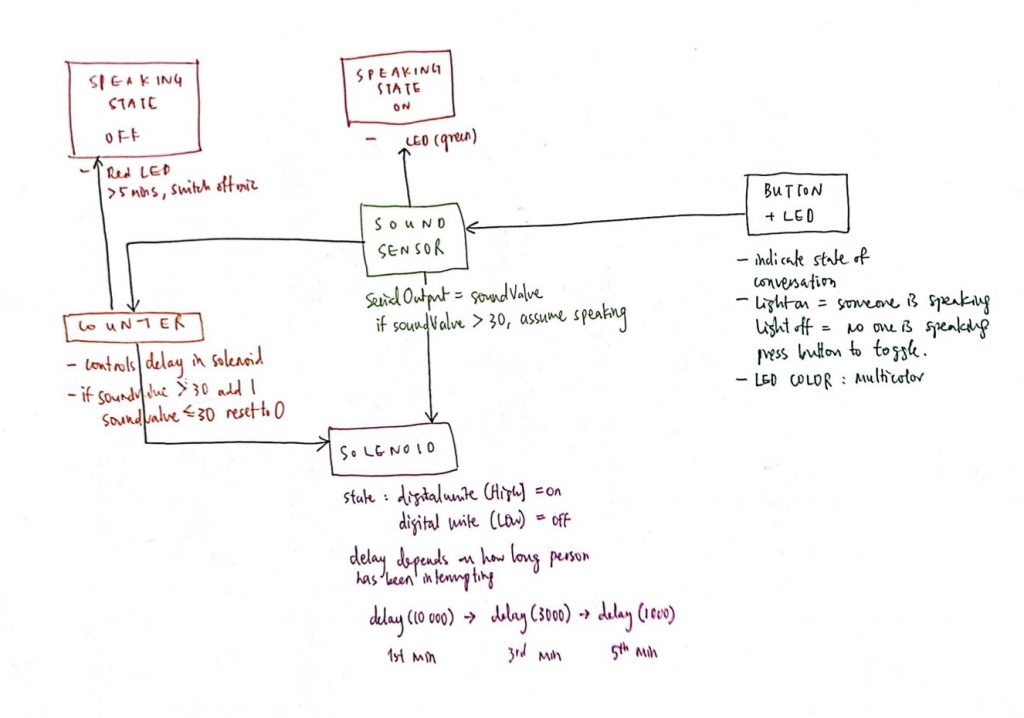 Application: Outside of the presidential debate, this kinetic feedback is a discrete way to help speakers monitor their own speaking (and interrupting) behavior to create a more inclusive environment.

As we transitioned into entirely online meetings due to covid WFH, people have become more conscious about turn-taking when speaking since visual / auditory cues of when someone might want to interject are now invisible.

My idea is to use motion/distance sensors in order to manipulate the locomotive patterns of a soft robotic fish tail. Using simple gestures such swiping left/right with different rotation angles or giving various values to two distance sensors alternatively, one’s could manipulate the morphing of fluidic elastomer actuators, causing this way the tail to swim in different patterns (swim straight/turn right/left, big/small maneuver) .

In a greater scale and later one, this semi-autonomous fish tail could be designed and fabricated for motion impaired people, who meet difficulties exploring their body’s motion underwater. Having a personal trainer who manipulates externally their prosthetic tail, their body could develop different speeds, turns and navigation using dolphin style.

The fish’s body is composed out of two fluidic elastomer actuators (with chambers) separated by a constraint layer. The latter one tries to constraint each actuators deformation and as a result the tail bends. 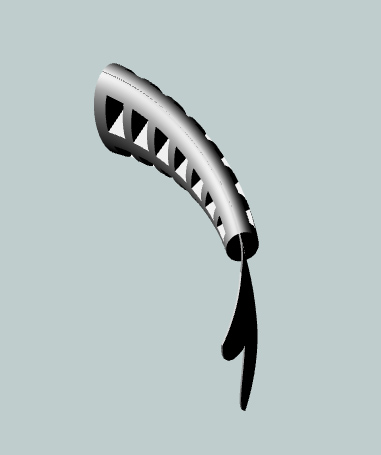 The liquid transfers from one chamber into the other using a gear pump, where two DC motors cause the gears to rotate in different directions.

It is always great to have the companion of pets. However, it can get hard to keep a pet sometimes for people with hearing difficulty.  For example, pets like dog and cat like to run around when it is playing outside or hide in corners in the house. Usually people locate their pet by sounds or noises their pets make. This can be difficult for deaf people.

The solution I came up with is a pet locator that mechanically points to the direction of the pet. It has frequency sensors around and above the circular base to recognize any sound with familiar frequency. The direction of the sound is then indicated by the hand on top, which has a “wrist” that can rotate and bend. However, the fingers do not move for the ease of making the device. 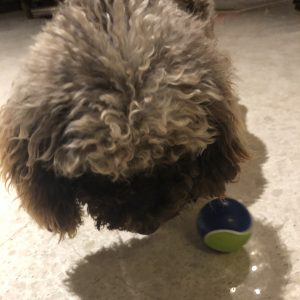 This is my dog and her favorite toy: a blue and green rubber ball. She recently got into the habit that when she wants us humans to play the ball with her and we don’t give her attention, she would roll the ball into places she can’t reach, usually under a desk or behind the TV set. Then she whines until someone gets it for her, which could be minutes if no one decides to get it.

The process of retrieving the ball involves bending down, looking for the ball under table, get it out with a 6ft long stick or with hands. And sometimes when I have my headphones on, I don’t hear her whining.

This is frustrating for both my dog, and my family. So I came up with the idea of making a device that could fit under the table. It can detect the dog’s whining sound, move under the table to find the ball, and push the ball out.

B] Stroke recovery with Kinect

The project aims to provide a low-cost home rehabilitation solution for stroke victims. Users will be given exercises that will improve their motor functions. Their activities will be monitored with Kinect’s scanning ability, and a program that helps keep track of their progress.

This allows the patients to recover from home under private care or with family, instead of hospital environments. Their recovery levels can be measured and monitored by the system, and researchers believe the game-like atmosphere generated will help patients recover faster.

The Kinect, coupled with the right program, can read these gestures, interpret them and translate them into written or spoken form, then reverse the process and let an avatar sign to the receiver, breaking down language barriers more effectively than before.

D] Retrieve Data during a Surgery Via Gestures 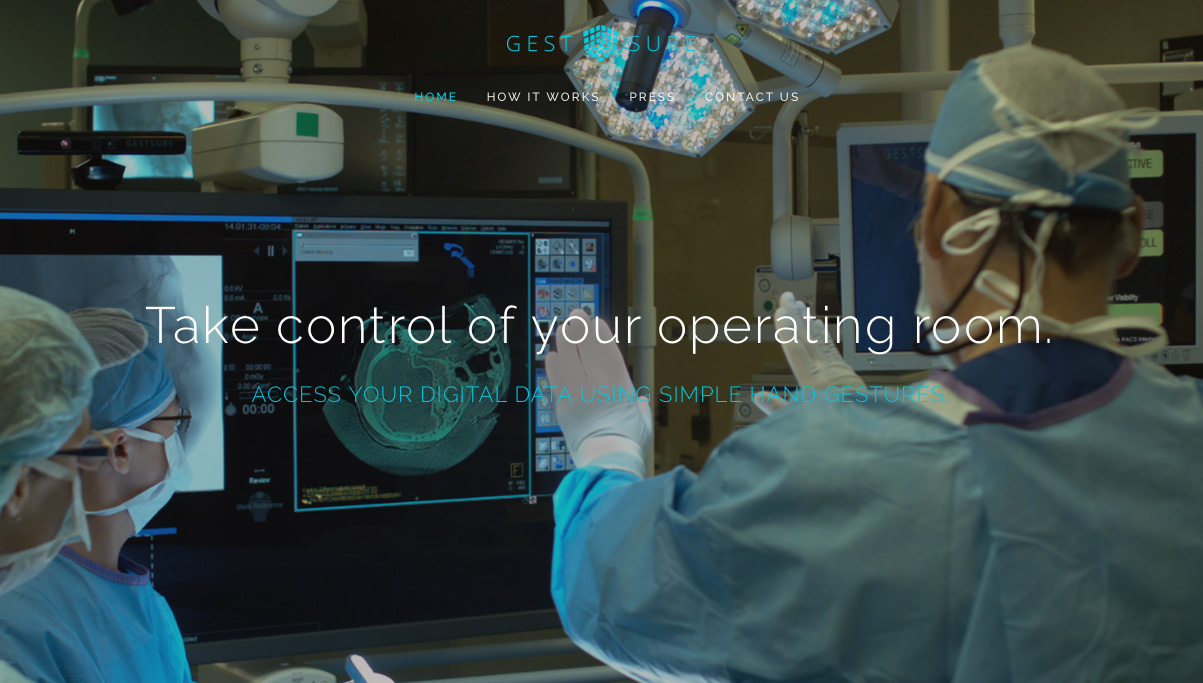 Bridge by Michael Cross allows one to walk across the surface of water in a church by steeping onto the pads with sensors.

Drones now (actually this could come out in 2017) can be commanded to fly, track, follow, take photo, and land with gestures made by the users. 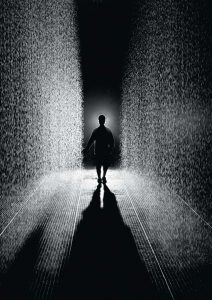 “Rain Room”: As a person moves, the rain generator interacts with the movement,and the rain stops where the person’s movement is at. 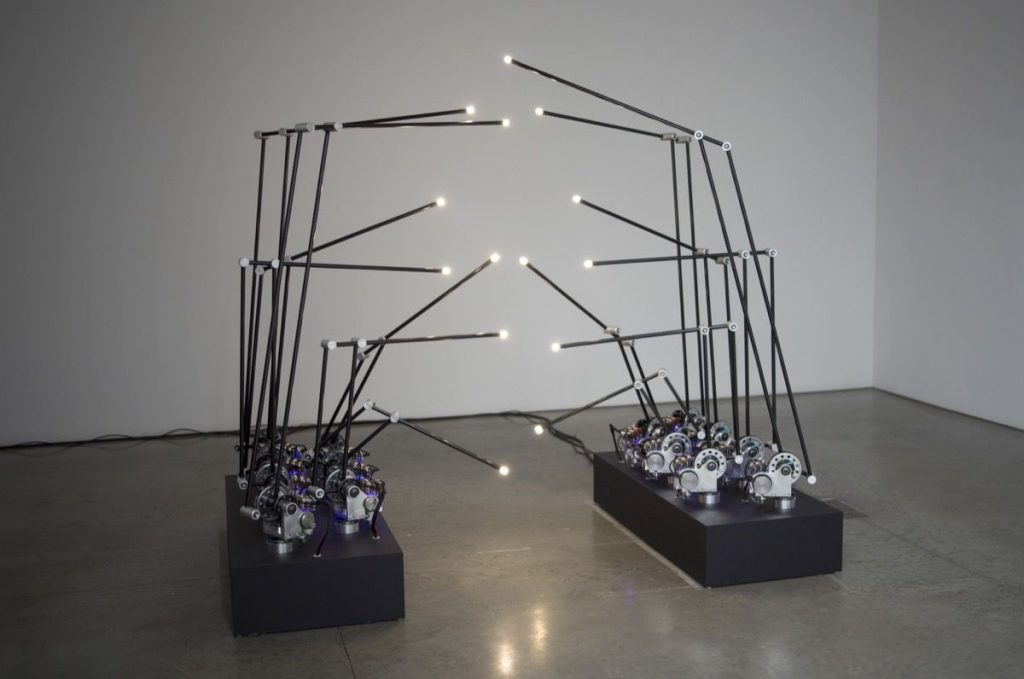 “Fifteen points”: the light points move in the structure of a running man. 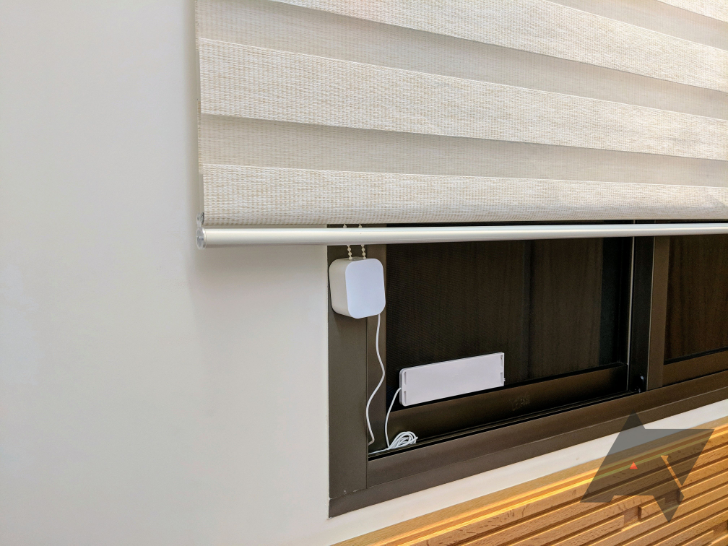 Smart Blinds: the blind goes up when it is bright out/ user’s set time.

“Nowadays, most golfers yell “fore” only after they’ve hit an errant shot toward an unsuspecting golfer, but the term which translates to “watch out!” or “heads up!” was originally intended to be used before teeing off.”

Golf  balls can travel really fast in the air, and hitting by golf balls can cause from severe swellings to permanent damages. When you are playing at the golf course, you yell “Fore!” when:

Because you might hit/injure them, or even just scare them.

When you hear “Fore!” on the golf course, there is usually less than a second for you to react. There are a few things that you can do:

But usually, it’s hard to identify where the sound comes from within such a short period of time, so one usually attempts to do all of above very confused and hope for the best.

Ever since the early times in the sport of golf, people rely on yelling and hearing “Fore!” to warn each other about a flying ball coming at their directions. This has issues: 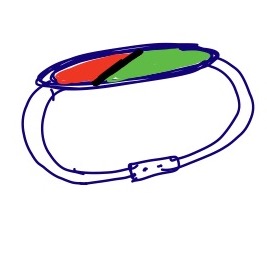 My proposed solution is a “Fore!” wristband. Everyone on the golf course will be wearing it, and it can do the followings:

For proof of concept, I will(still don’t have my hardwares yet) use an accelerometer to detect whether a swing is made, a sound sensor to detect whether there is a loud yelling immediately following the swing, and an 8×8 led matrix for the display.

The prototype design has a few flaws:

END_OF_DOCUMENT_TOKEN_TO_BE_REPLACED

Goal: Use vision to make something accessible to someone without hearing or manual sense of touch.  These do not have to be physical disabilities, it could be construction works wearing hearing protection or heavy protective gloves that prevent them from having a sense of physical touch.

Find a problem and solve it.  The problem needs to have a context.