I am really homesick for a country I haven’t lived in for 9 years and this piece is about that.

The background is a drawing of La Iglesia de San Nicolas de Tolentino.

My face is a marimonda.

My process/context about my guy  below the cut, since it’s mostly reflection on this body of work for myself.

I started this project by first sketching/drawing the visual aspects of it. As many of you may know, this image right here is my profile picture in Zoom: 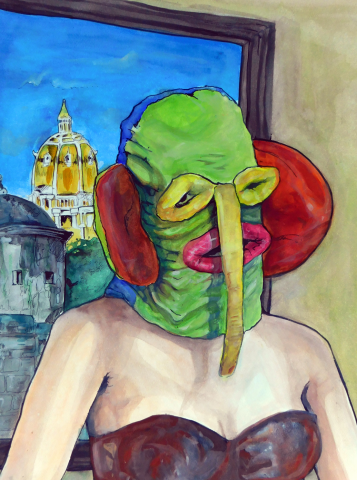 I made this painting all the way back in 2016 (maybe 2017?) as a reflection of my cultural identity.  I am strongly connected to my Colombian culture, and because of my financial situation and other factors (immigration, ect), it has been incredibly difficult for me to visit my home.

I was able to visit back in 2017 but I have not been able to go back since then.

The marimonda is a carnival character that represents  joy and mischief. In a way, our own version of a clown. Their origin is widely disputed but they’re so ingrained into Colombian (specifically Caribbean region) culture that even the airports in the region have statues of this figure in the vicinity, so it is the first thing that you see.

I was thinking that it would be cool to revisit the concepts in this piece by re-contextualizing its setting, colors and character.

As such I sketched out this guy:

As you can see, there is a bit of a similarity to the original piece but I decided to change the location of the background. In the original piece I used one of the most iconic buildings of the city my father is from, Cartagena (the large yellow building on the right side, of the image below) and based of a very traditional style of painting in the region. 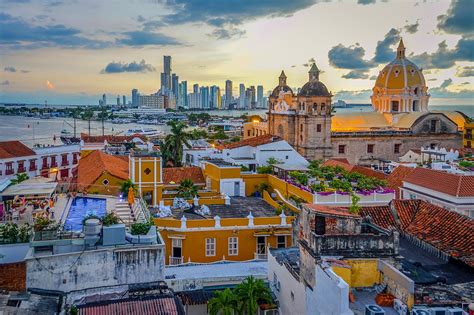 In my new piece, I decided to focus more on  my own city instead and make it a  more personal experience from the place I grew up in: 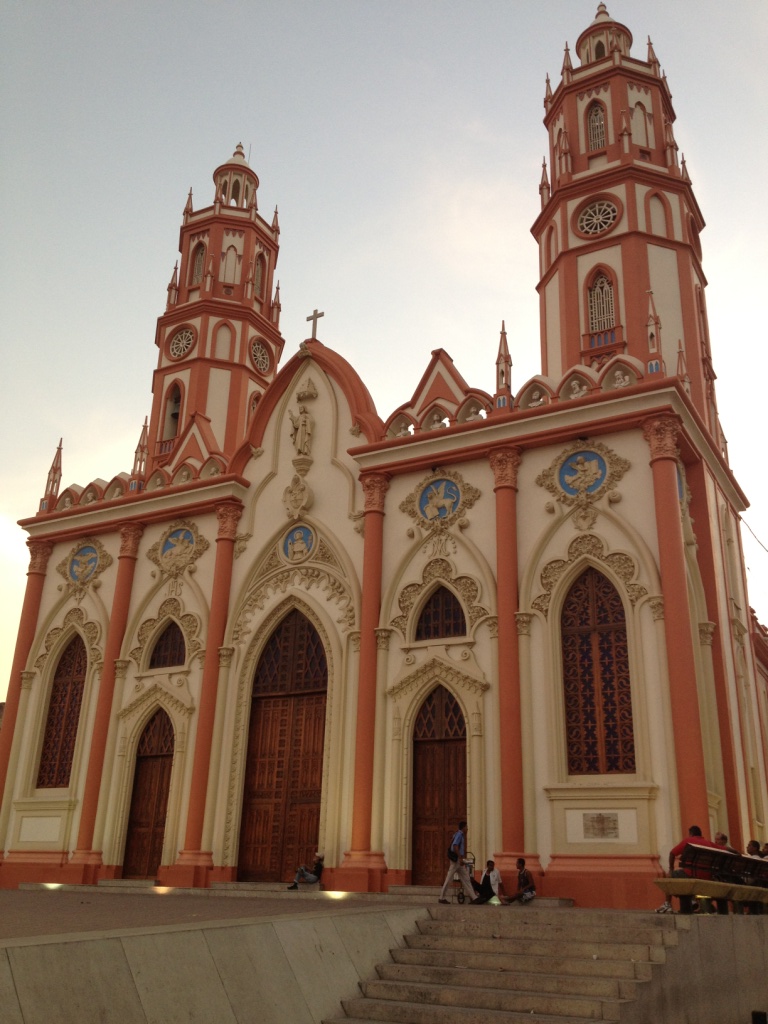 As for the technical aspects of making this project:

I used BRFv4 face tracker via handsfree.js from this template provided by Golan! It was actually not too difficult to use but it was hard to figure out how to resize, place and scale features that weren’t already determined by the points: For instance, the eyes and mouth were very easy to figure out but the ears and head were  incredibly difficult to design so I had to make up some ways of designing the face and finding ways to smoothly design it. I also got to play with the p5.Scribble.js library which is… insanely easy to use. <3

This project was pretty cool to make, I also liked the fact that it was very quick to make (I did it in one sitting) and I am very happy with the end result.

I wish my performance had better acting and wasn’t as corny, but I think I just need to get used to listening to my own voice in video! 😀