This one was an interesting experience.  I am A Little Disturbed by the results of playing with it.

This post is going to be long so I’ll put the images below under the cut!

I didn’t choose one specifically out of the images I did but was more interested about how each parameter determined how the images would come out. I’ll be frank, I really hate the images the anime girls were trained with and that prompted me to explore what exactly caused each of them to look that way… I specifically played around with the highest and lowest values of each component (ex. I turned every single element all the way up, I wasn’t that interested in making a pretty image but just a weird image).

This was the first image set: Yuck! They all look the same and I really hate how infantilized they looked.

I played a little bit with the chaos bar to change the way they looked:

They look even more disturbing now to me tbh.

After adding a bit more chaos to the image, I started wondering: What images is this model being trained on for it to look… Like this. ( 🥵??? gross!)

Ok. So let’s put the chaos all the way up.

This is honestly a lot more interesting in looks! I appreciate these, in large part because I don’t see any anime girls!

So what happens if I lower it back down just a notch?

At this point, I wondered to myself what would happen if I just inverted each of the sections this would be trained on:

This is actually really cool! I wonder where exactly the hat the first few images have came from :O. Also slightly demonic looking.

After this I got a little bored with the anime set, so I decided to play around with the human portraits:

The first thing I noticed was that there was a category for Latin Americans, and, of course, as a Latina I could not help myself but play with that.

This right here is the average model, okay……..

This is the model where hispanic “genes” are removed:

This is somewhat funny to me since I know a lot of Latin Americans that are this pale, of course, I can’t help but feel like this is a bizarre generalization but in part it might also be that I just don’t understand how this model works.

And when they are boosted to 2:

Anyways, weirdness aside, I used the general model to create some images and this is an awesome project! 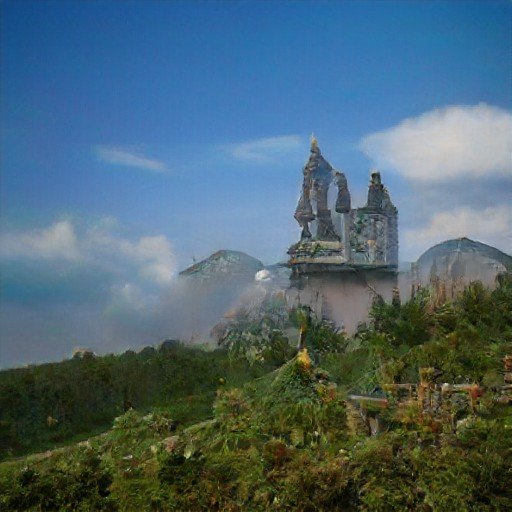