AR realistic snow that you can place on any environment.

I love it when it snows. I think it’s a universal reaction to point out that it’s snowing during the first snow fall. I choose the out doors as my location and did research about particle systems in order to find/make realistic snow. I initially wanted to play with this idea of AR snow in the future because global warming has gotten to the point of no return. And who knows maybe we will only be able to experience snow through AR in the future. However, for my video I wanted to convey the excitement of the first snow fall. If I had more time and expertise, I’d want to create an app that could change into all kinds of different weather environments. 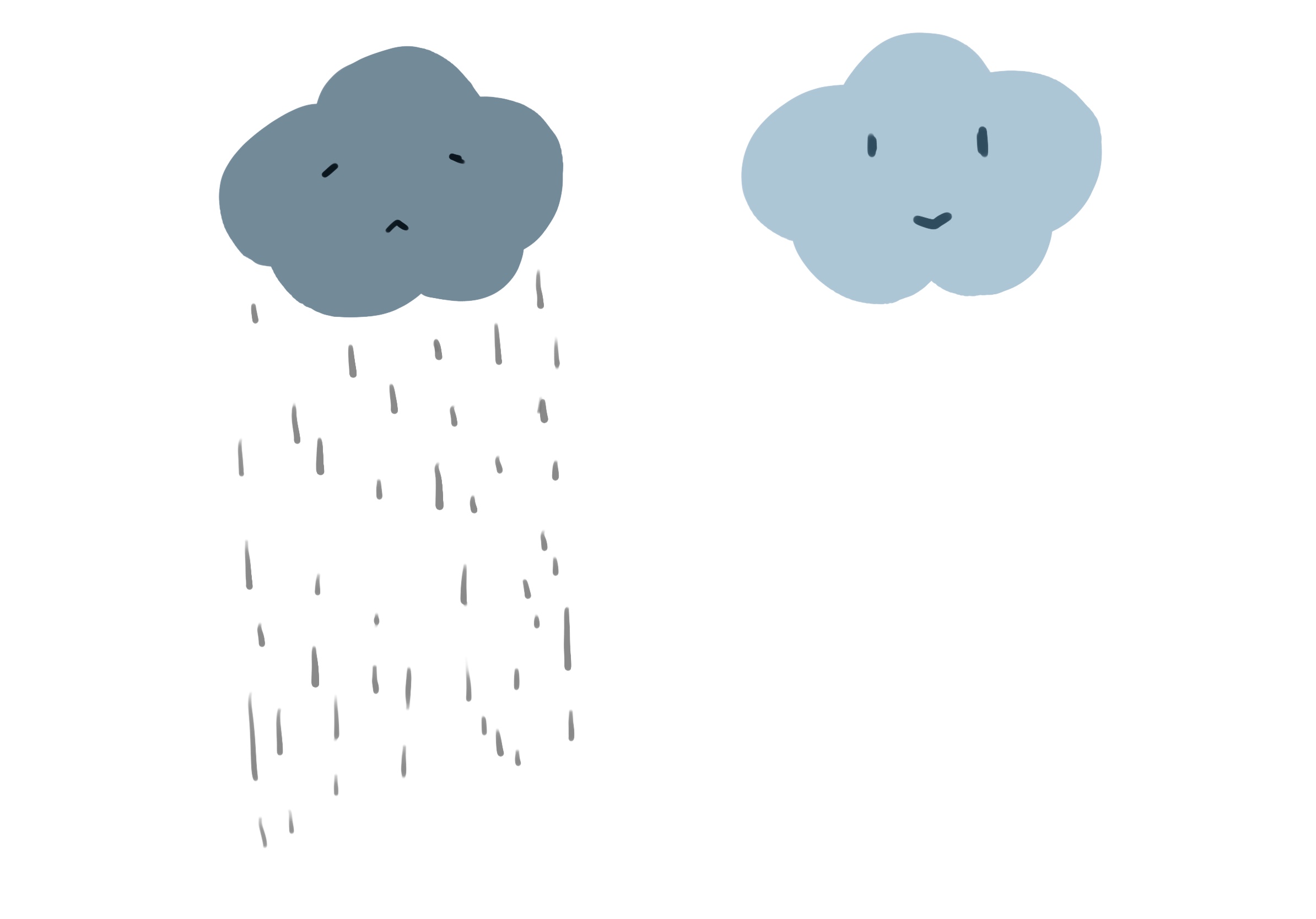 I want to create a cloud buddy that detects a person and follows them around. The cloud can have two states: a sad one and a happy one. Since a cloud is just a collection of spheres I thing I can make it in Unity with just spheres, but I’m a little more worried about how I’m going to program the rain.

I was mostly playing with Cinemachine and creating dynamic camera movements. 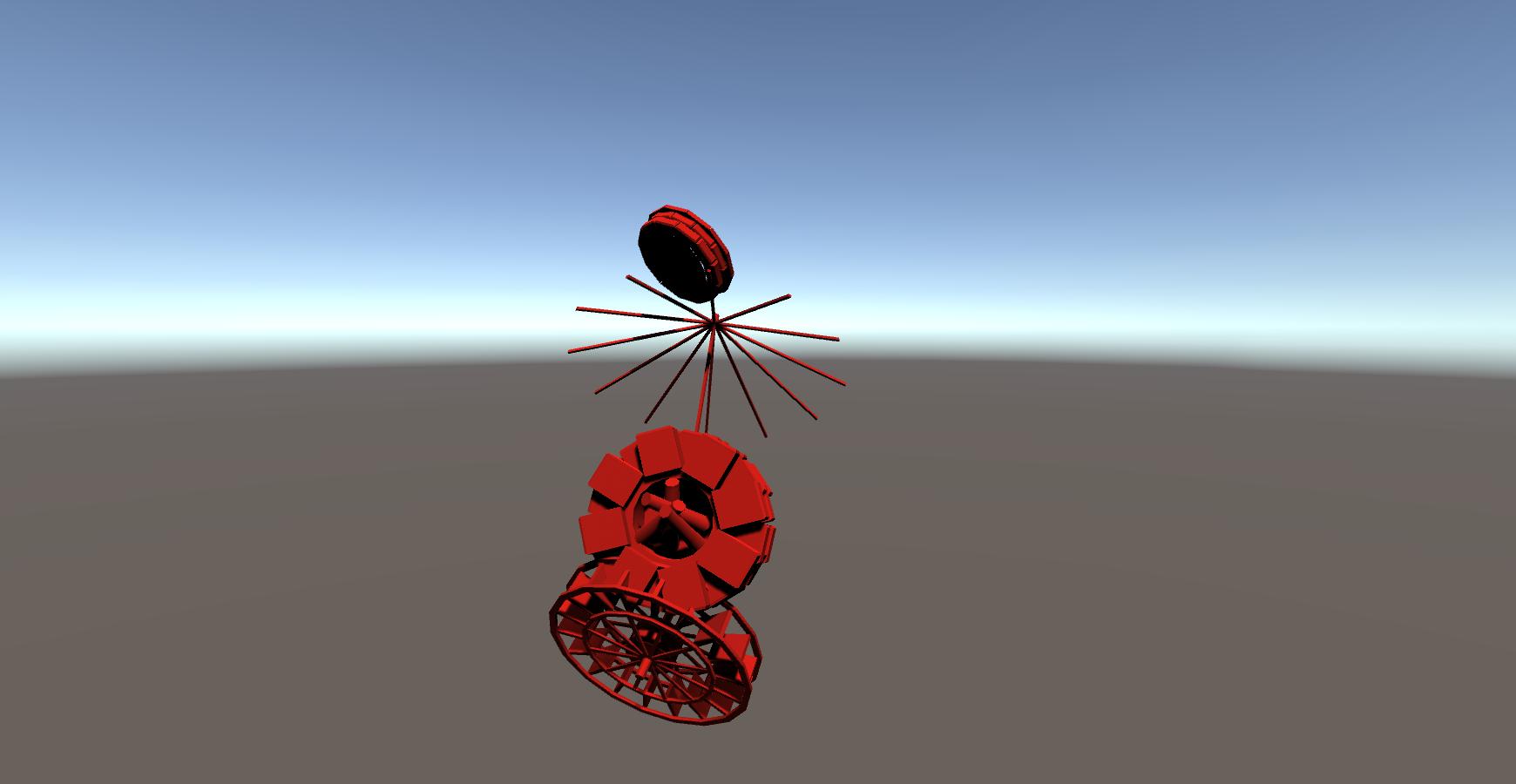 I liked the circularity of the objects I combined, but I’m not so sure about the material I used. I wanted to use the textureHaven textures, but they only look good on large or flat surfaces. When I tried to use them on the objects everything looked really muddy. 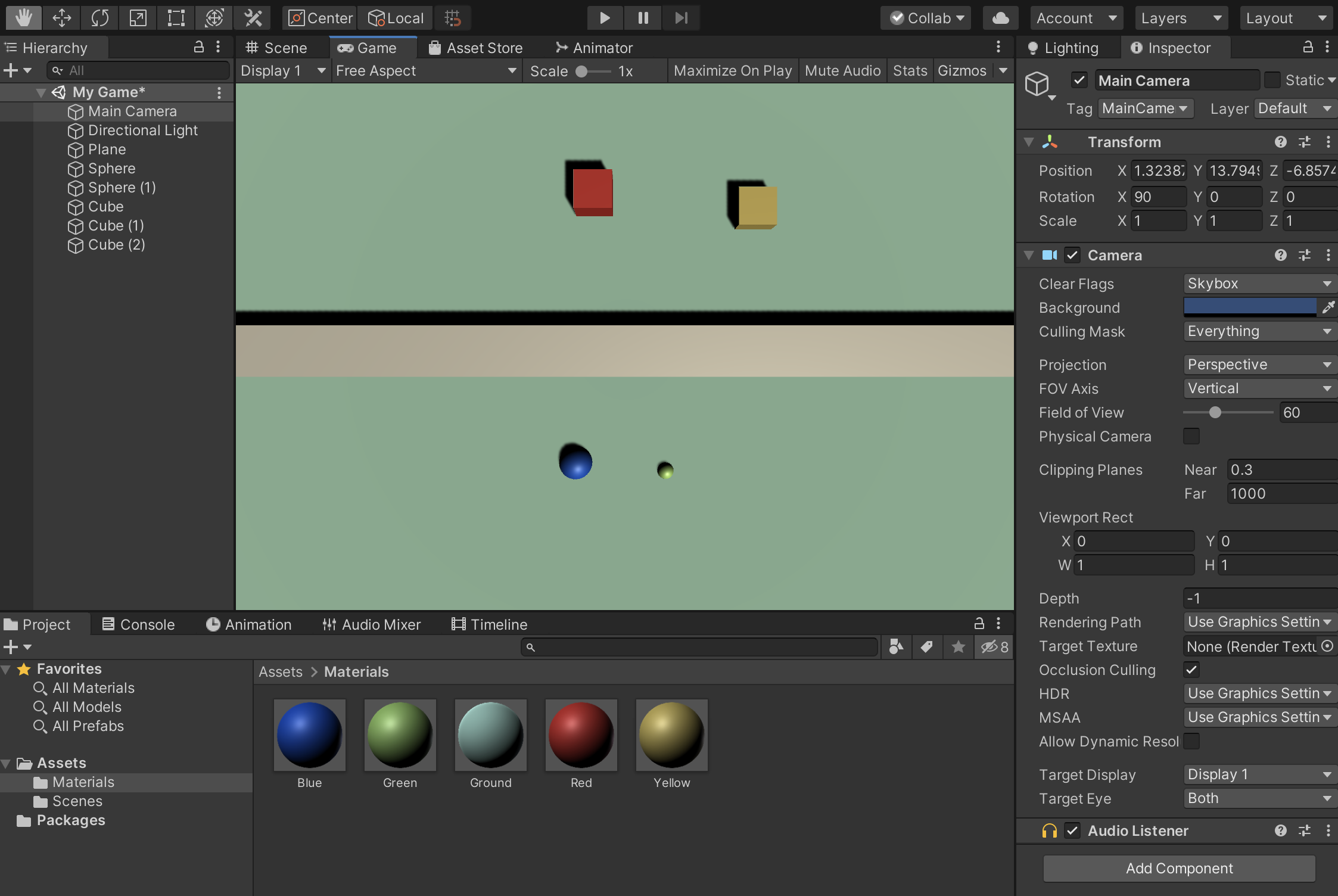 I appreciate how Phazero uses the gaming format as a foundation for their art, but they still make it accessible to people who might not initially think the games are art. I also appreciate how they showed some of their first projects and talked about some of the initial struggles of the medium. 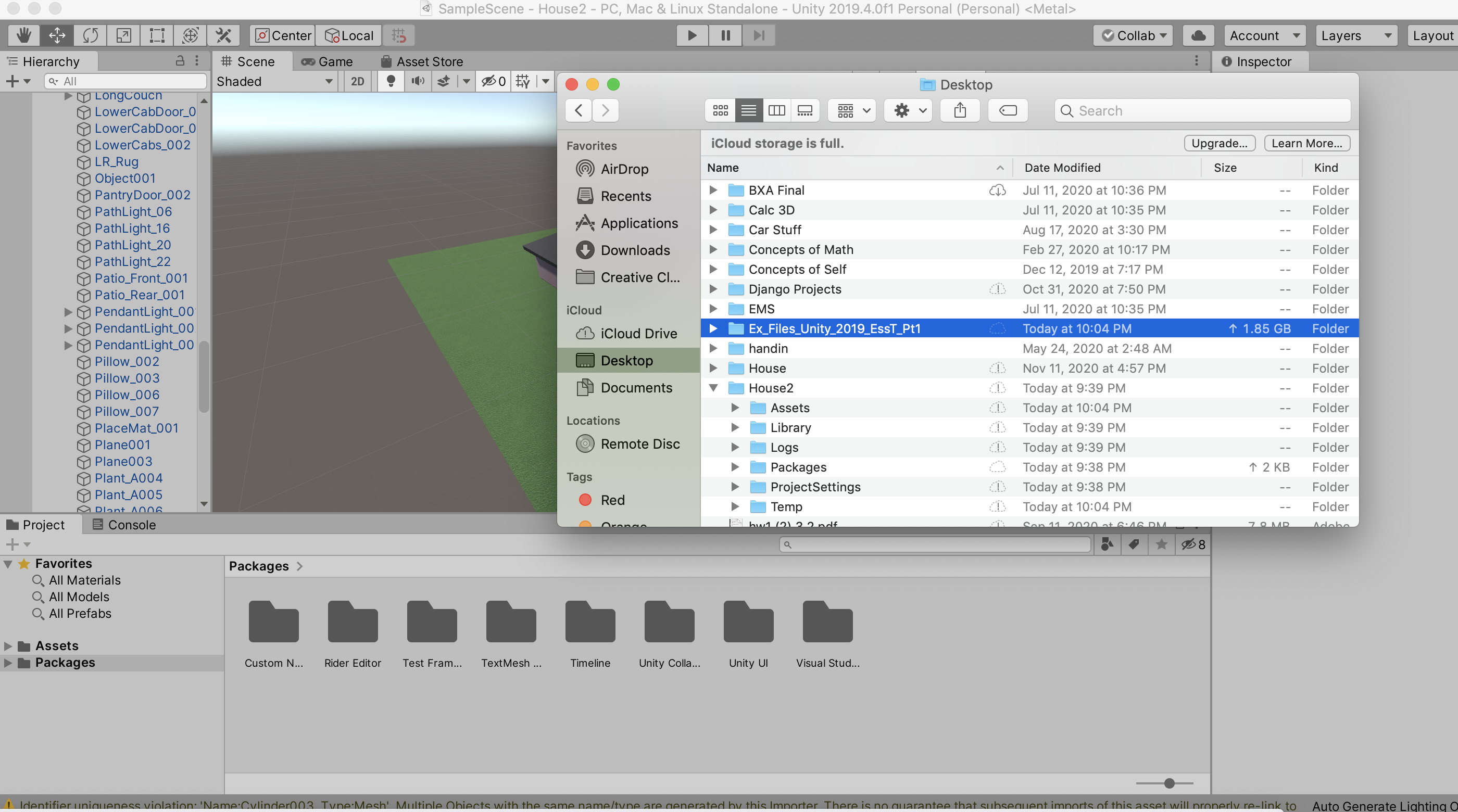 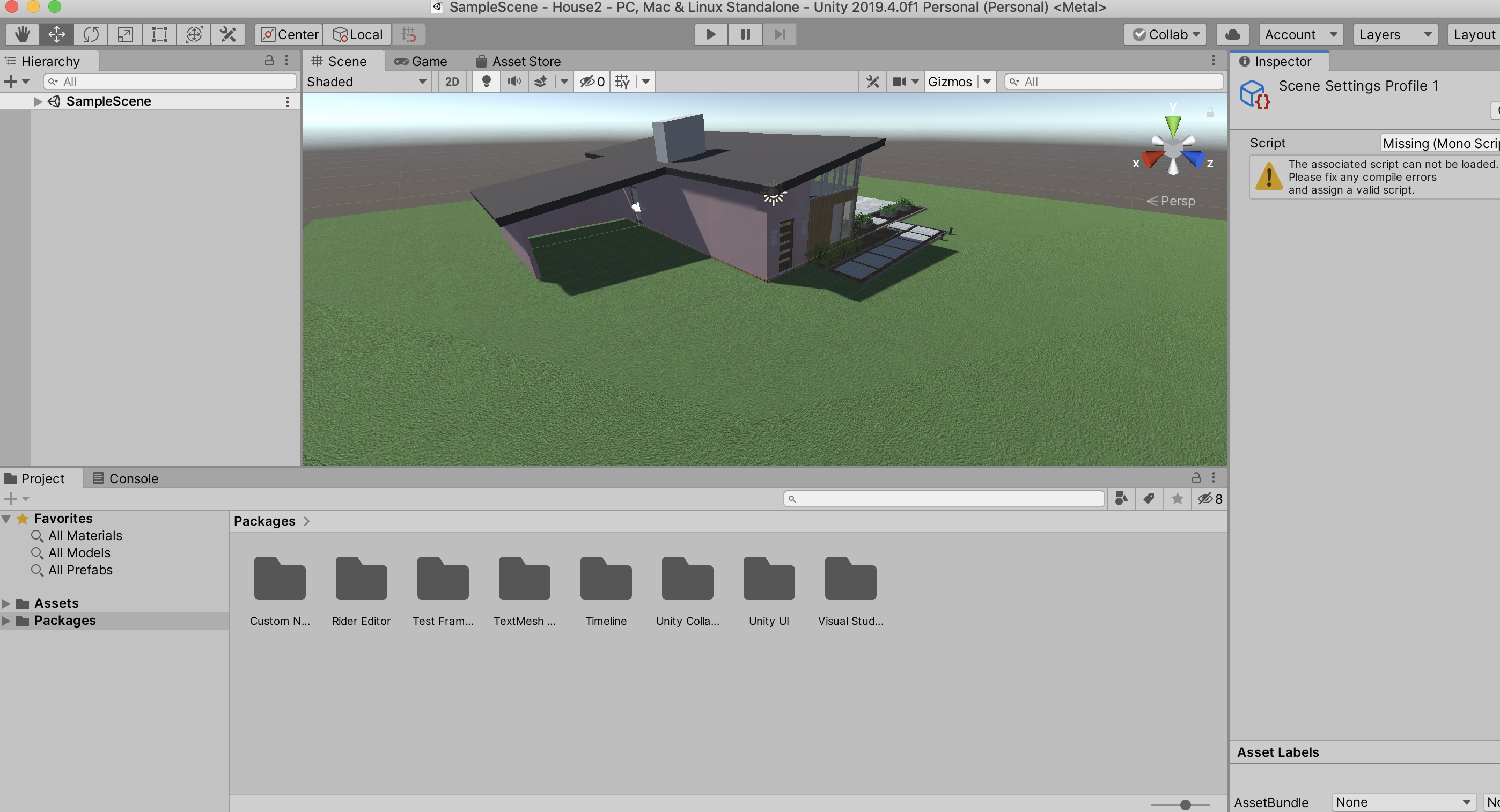 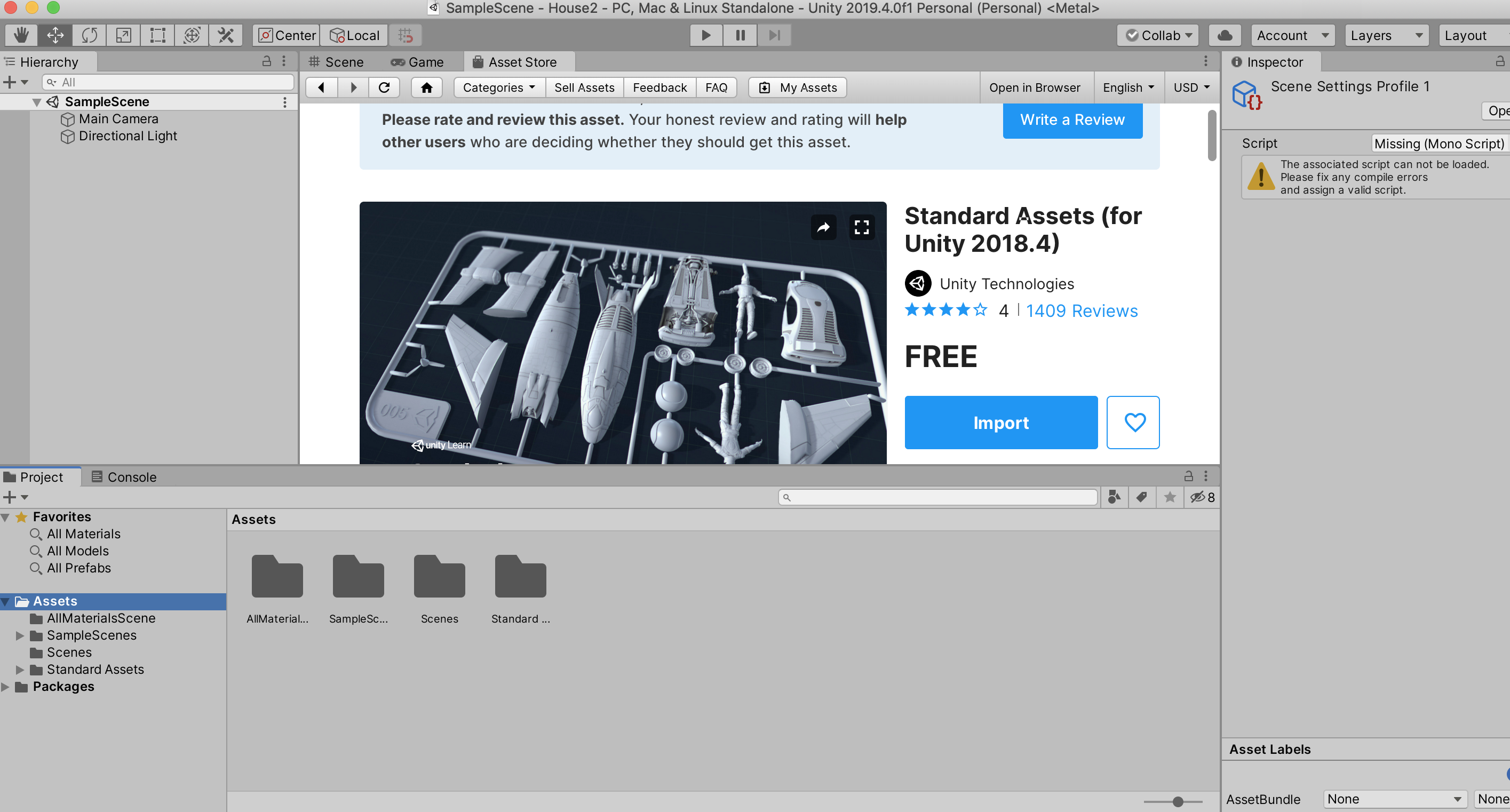 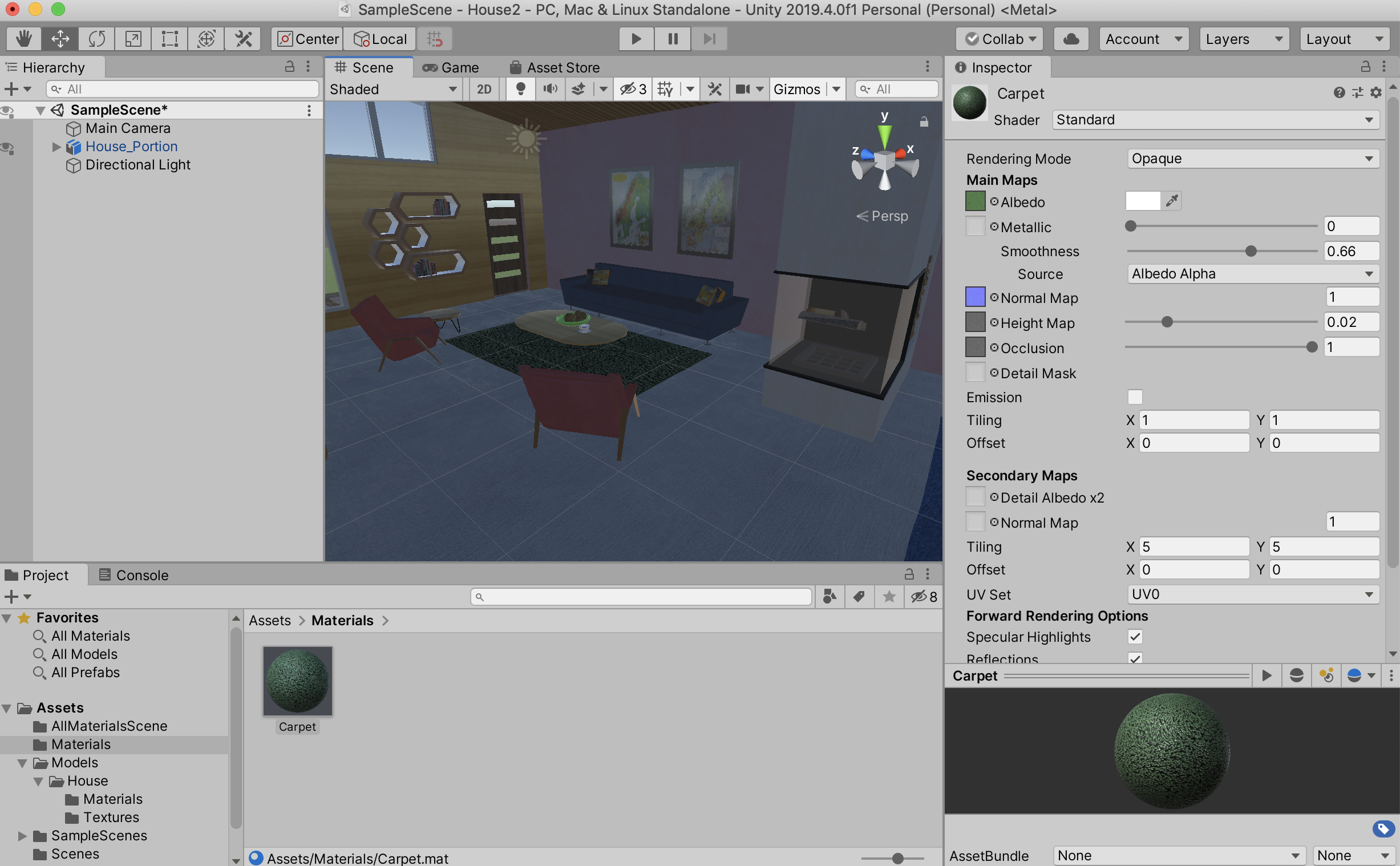 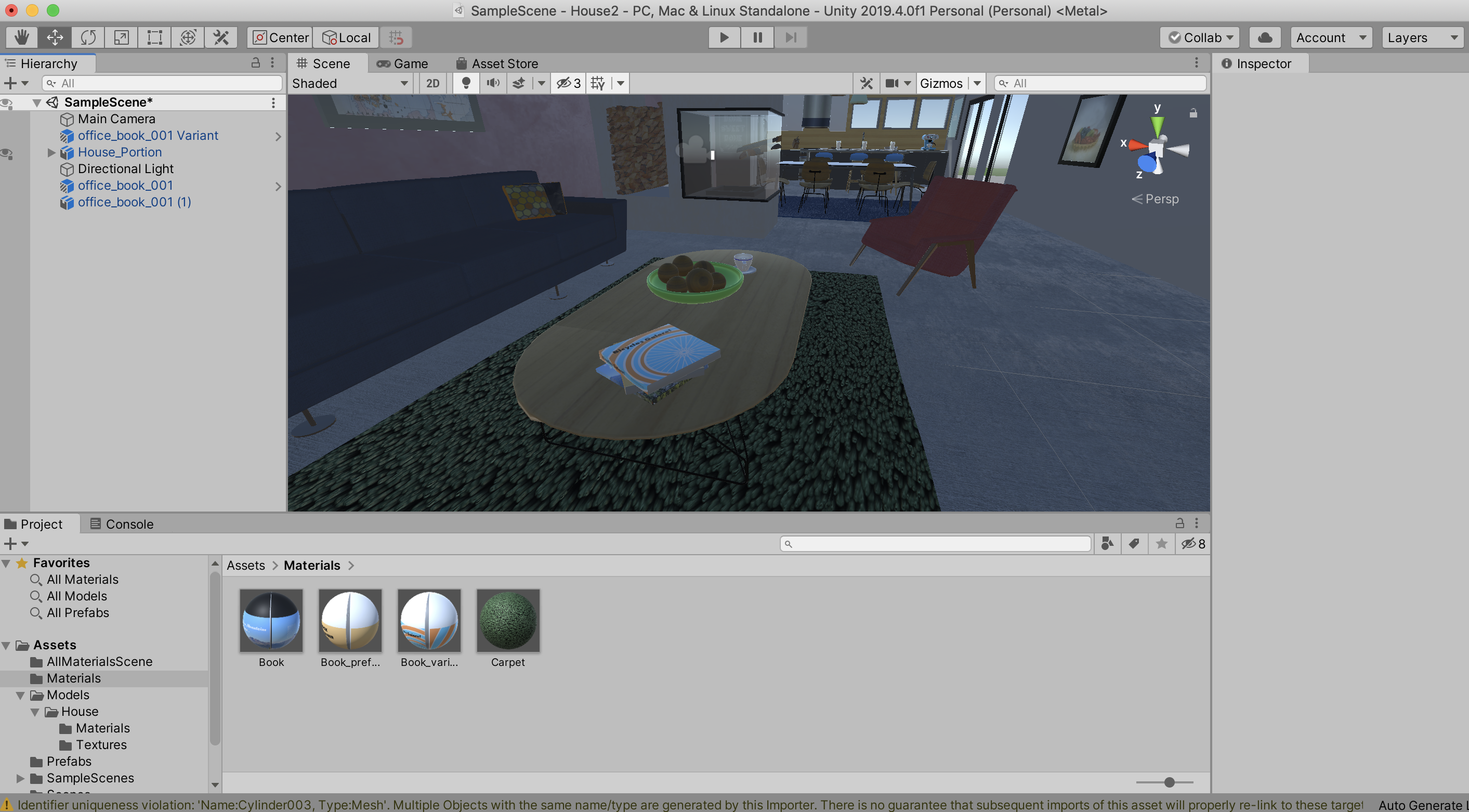 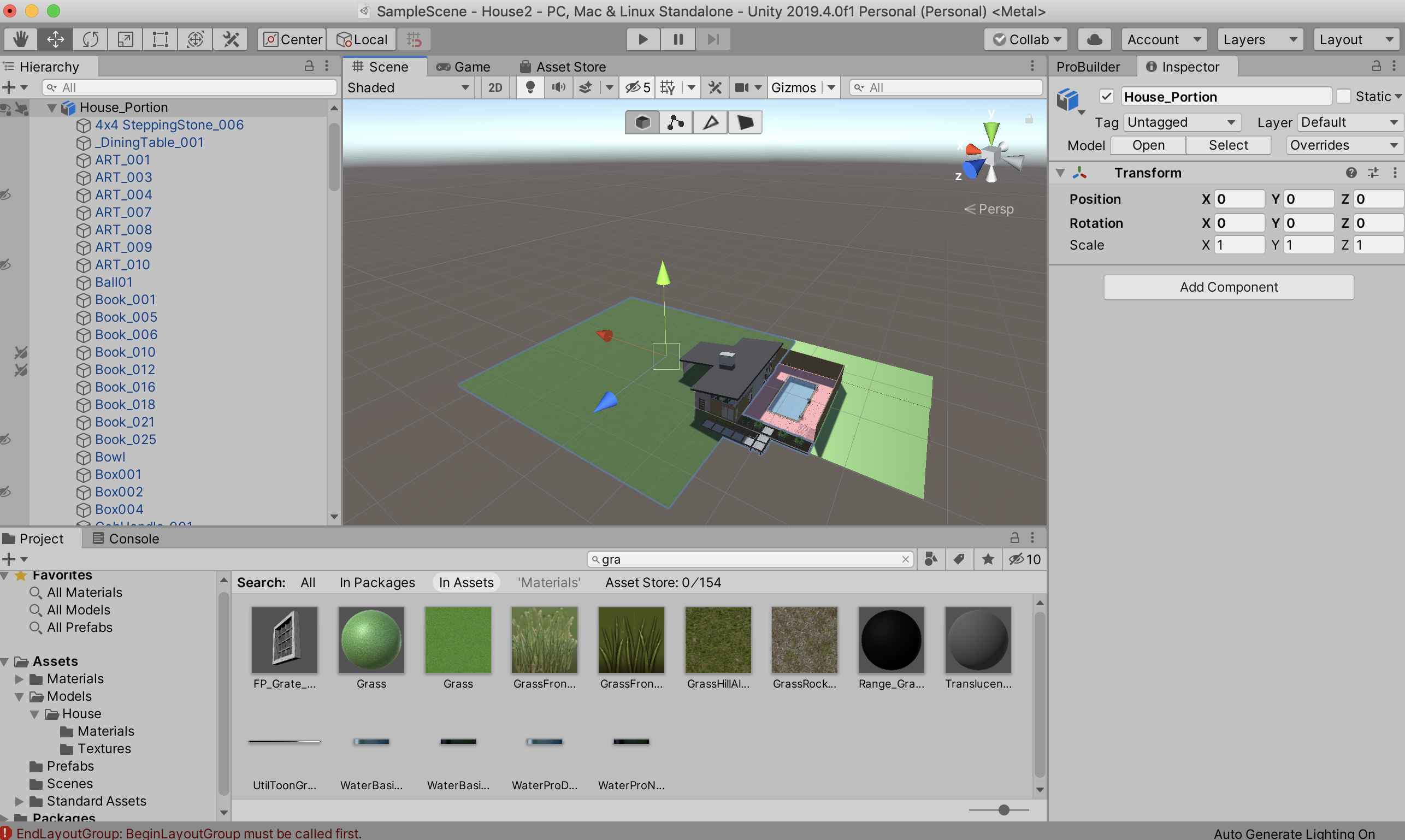 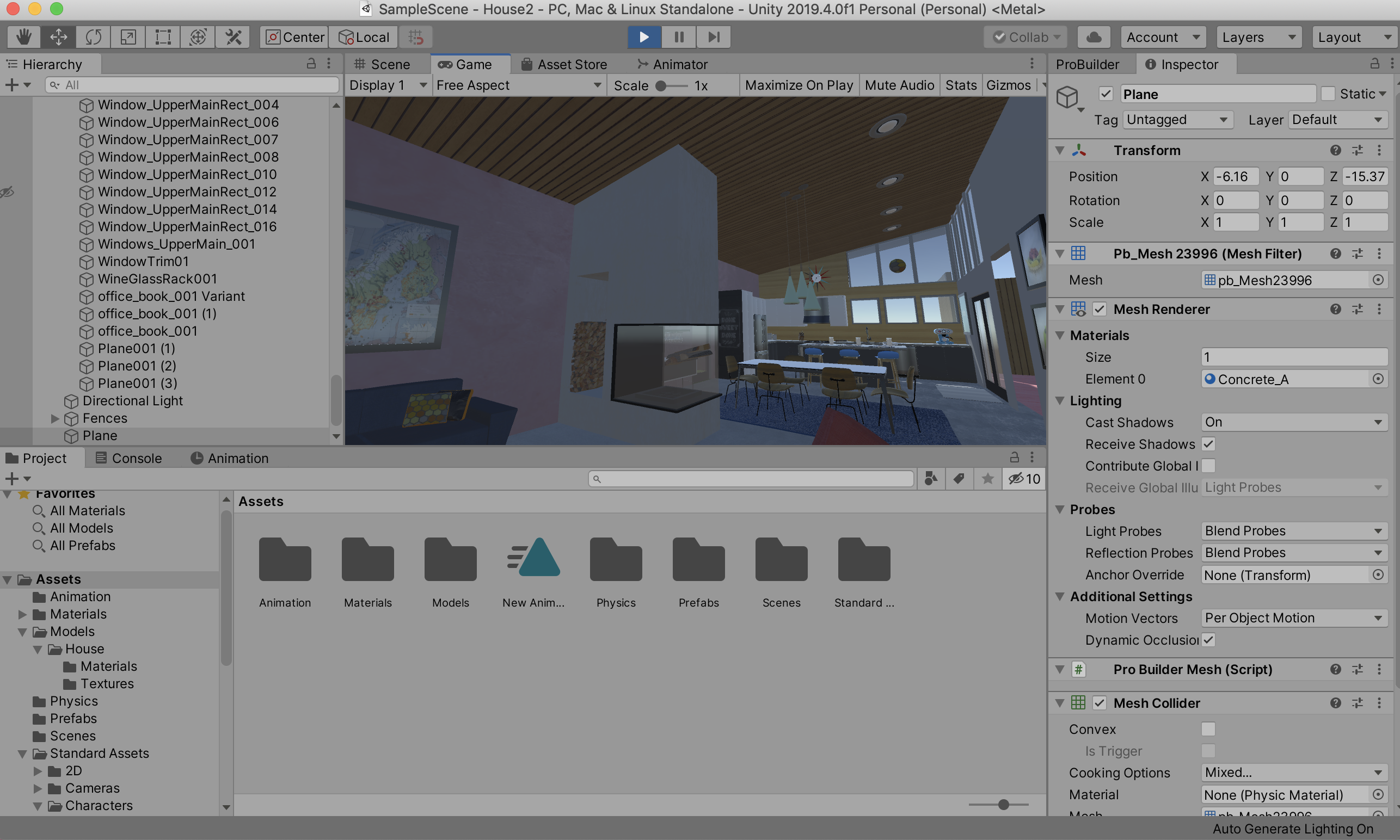 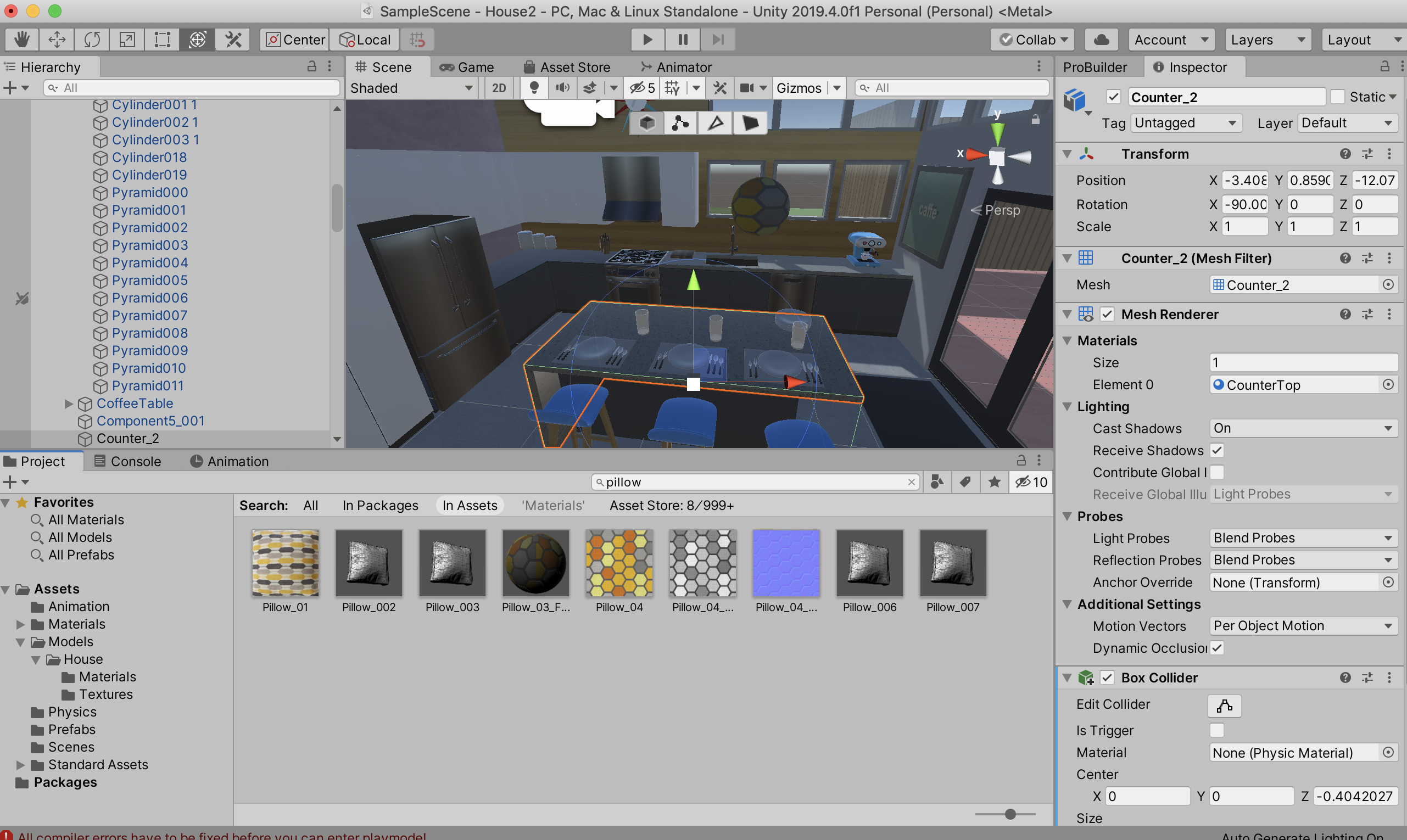 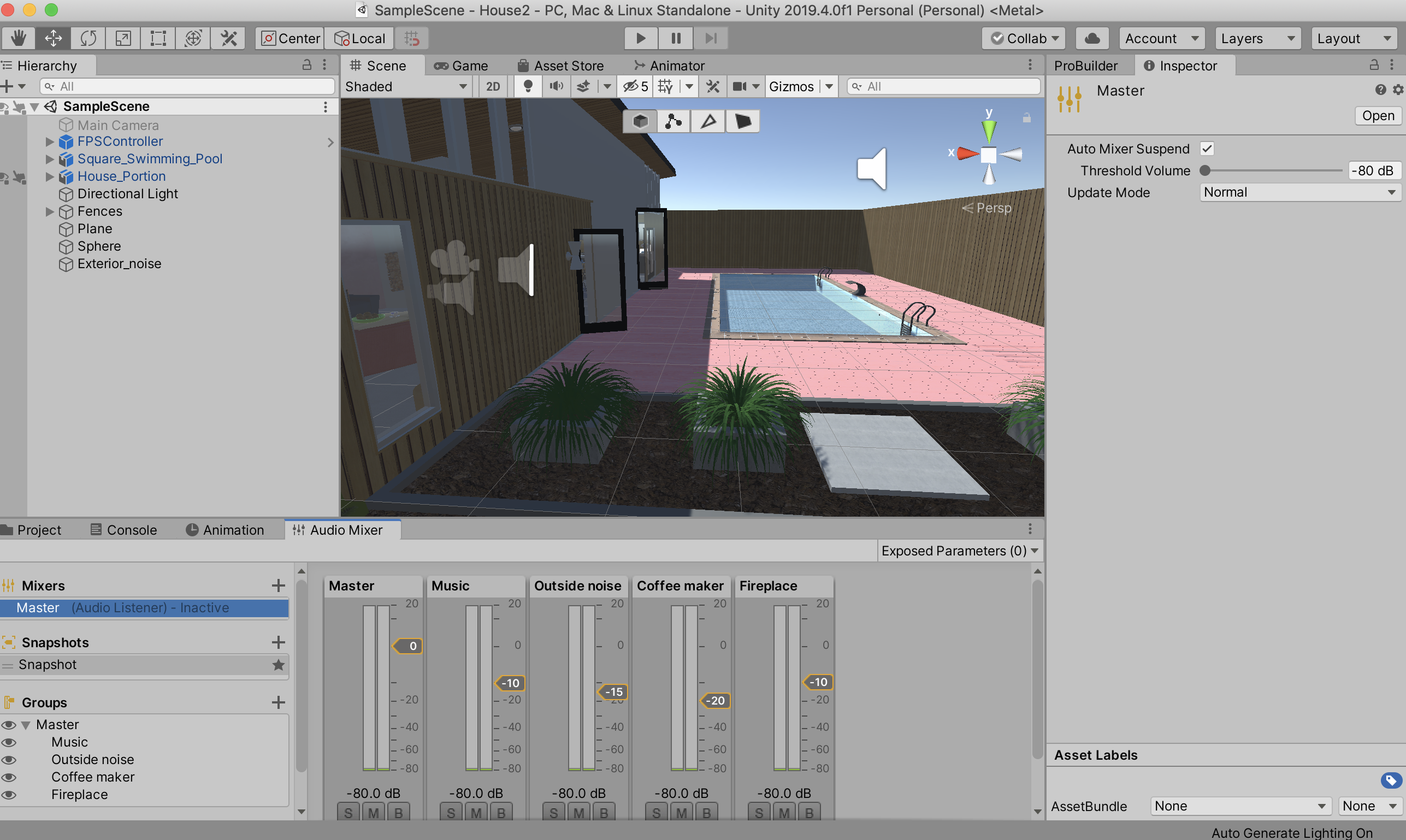 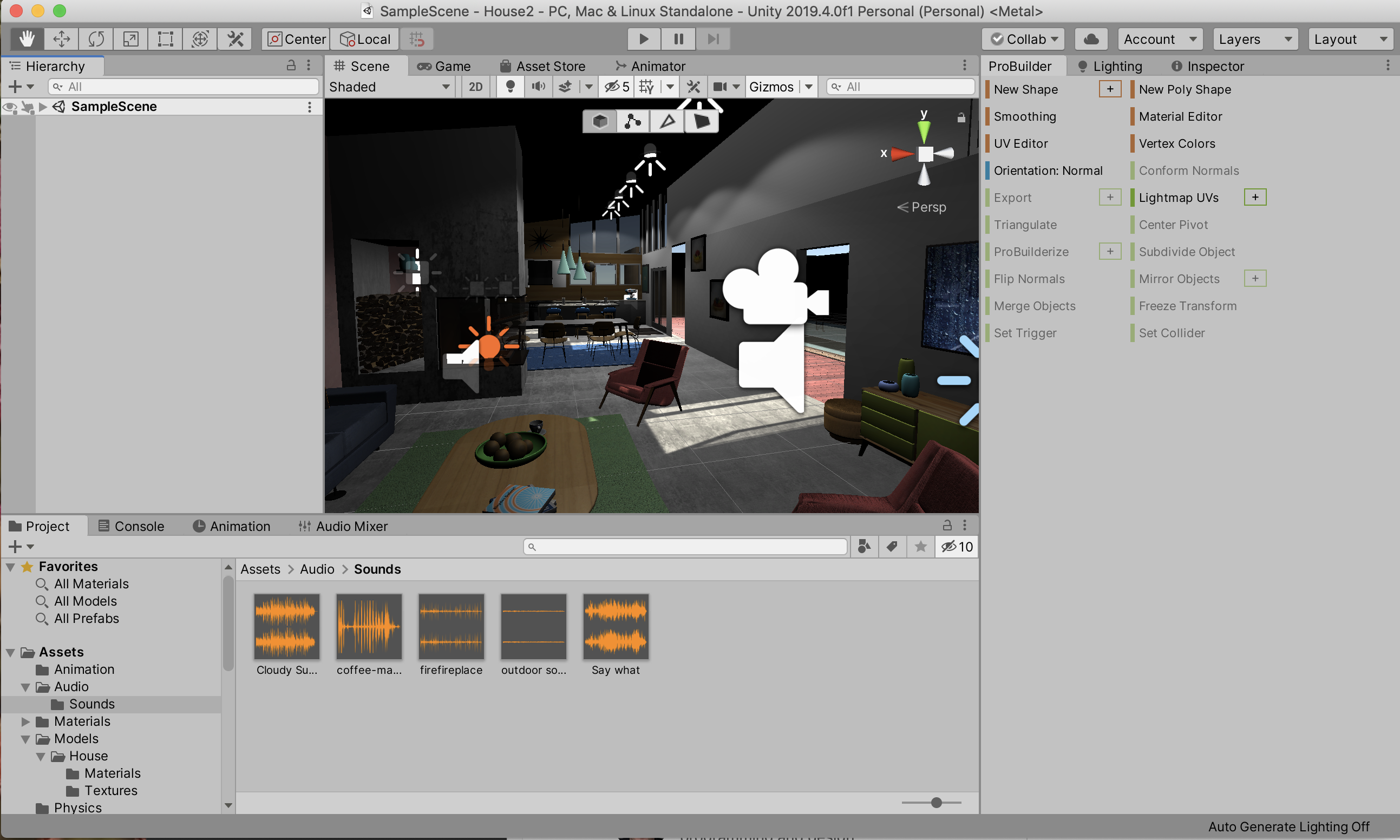 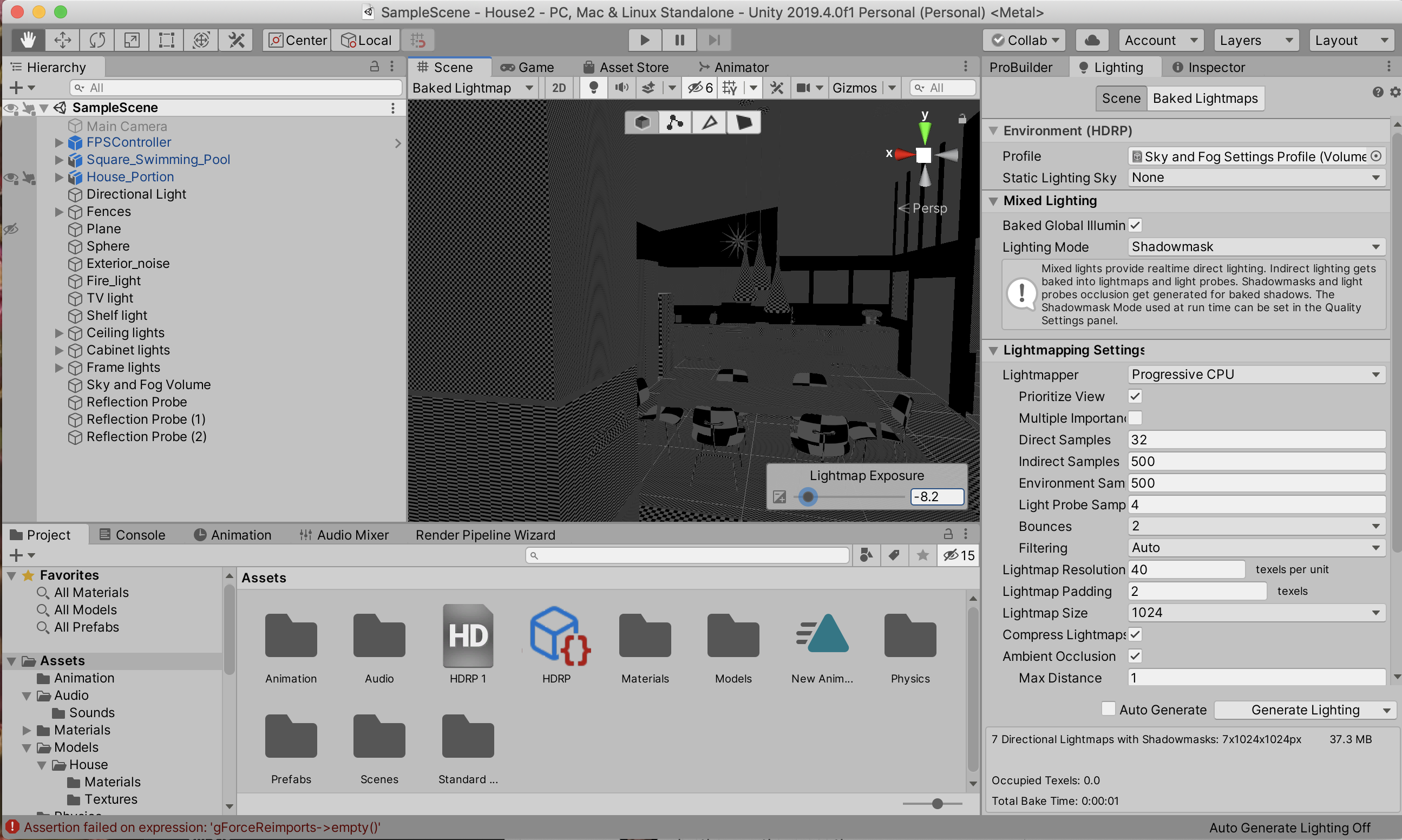 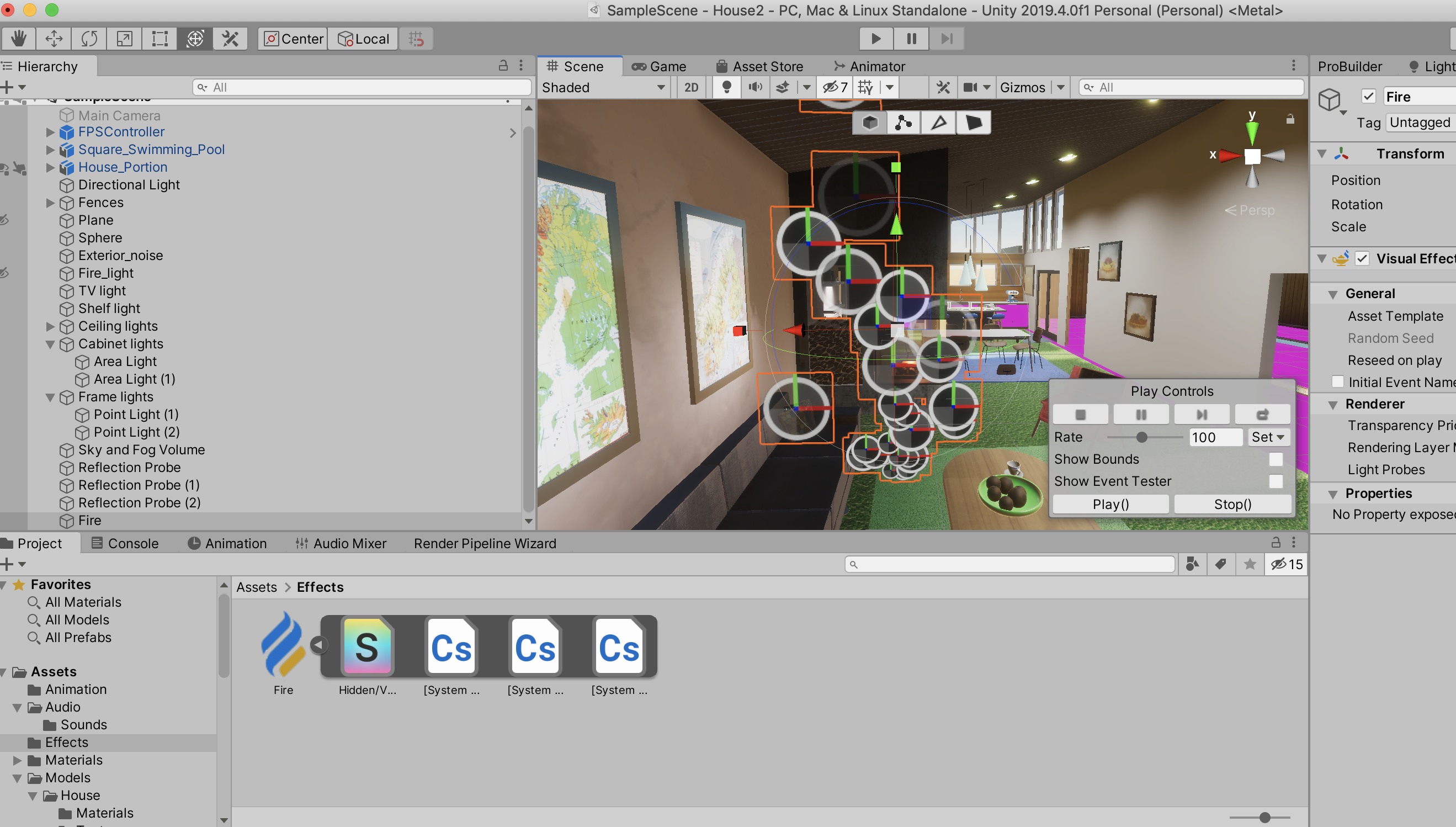 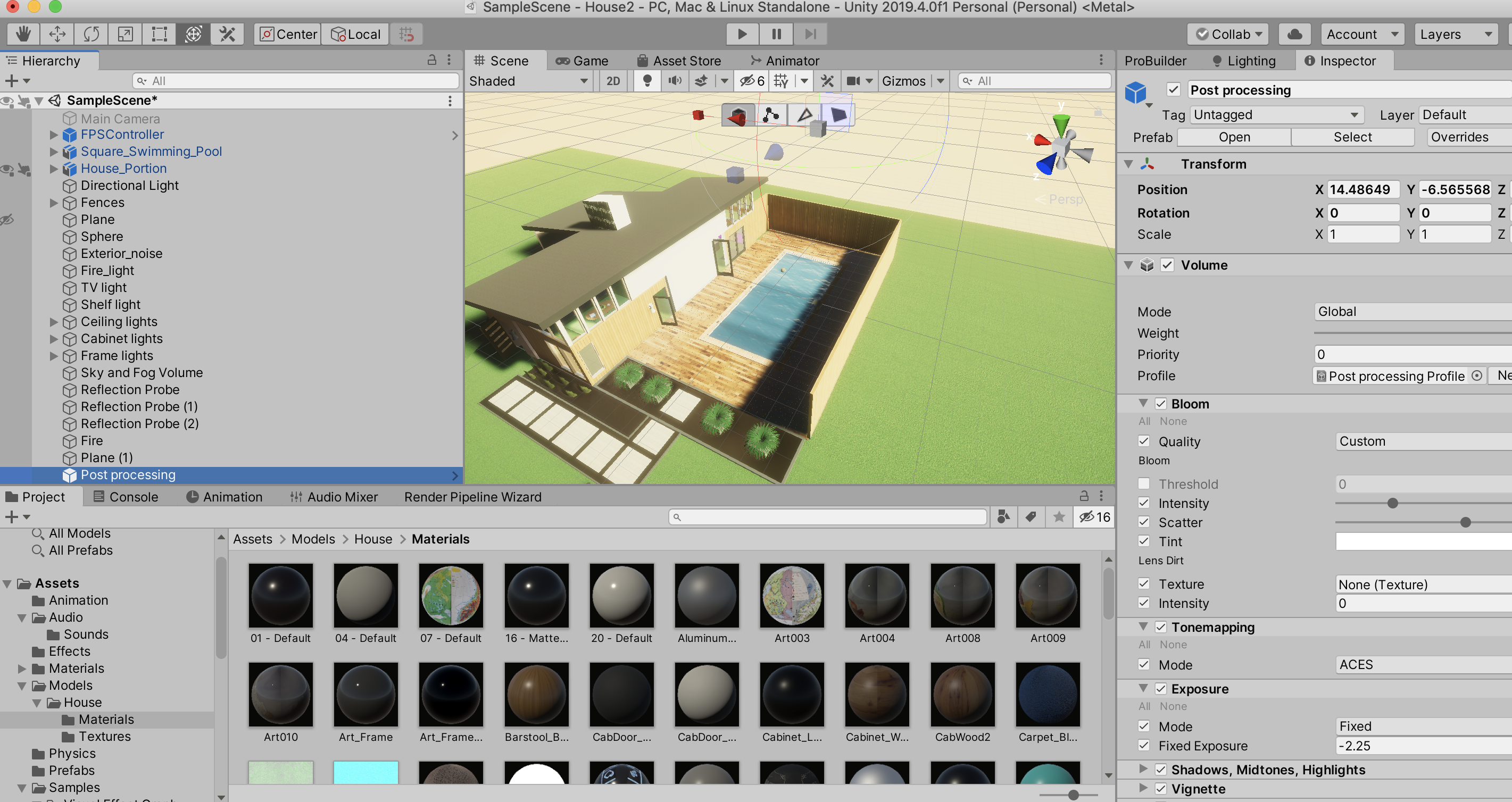 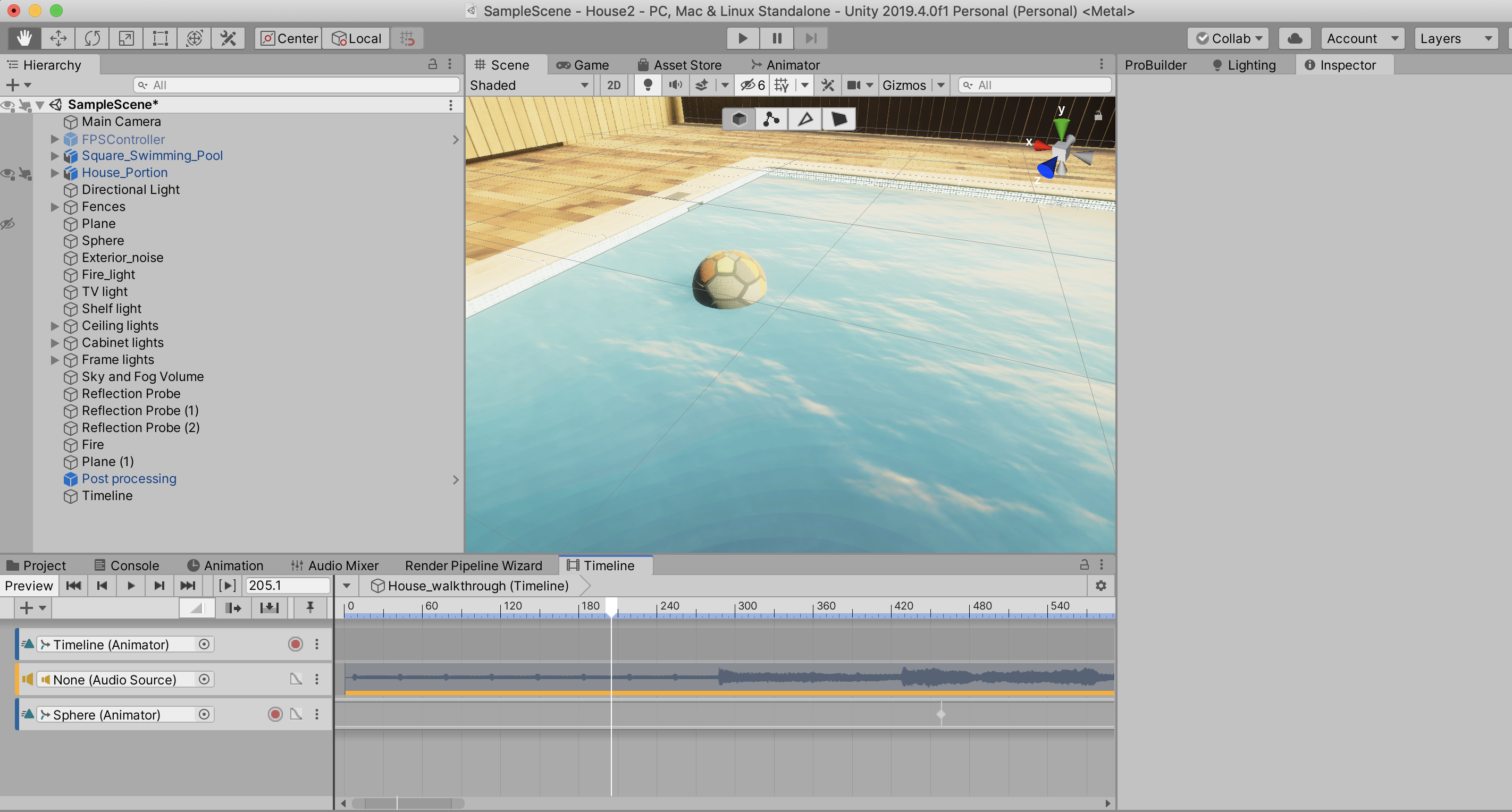 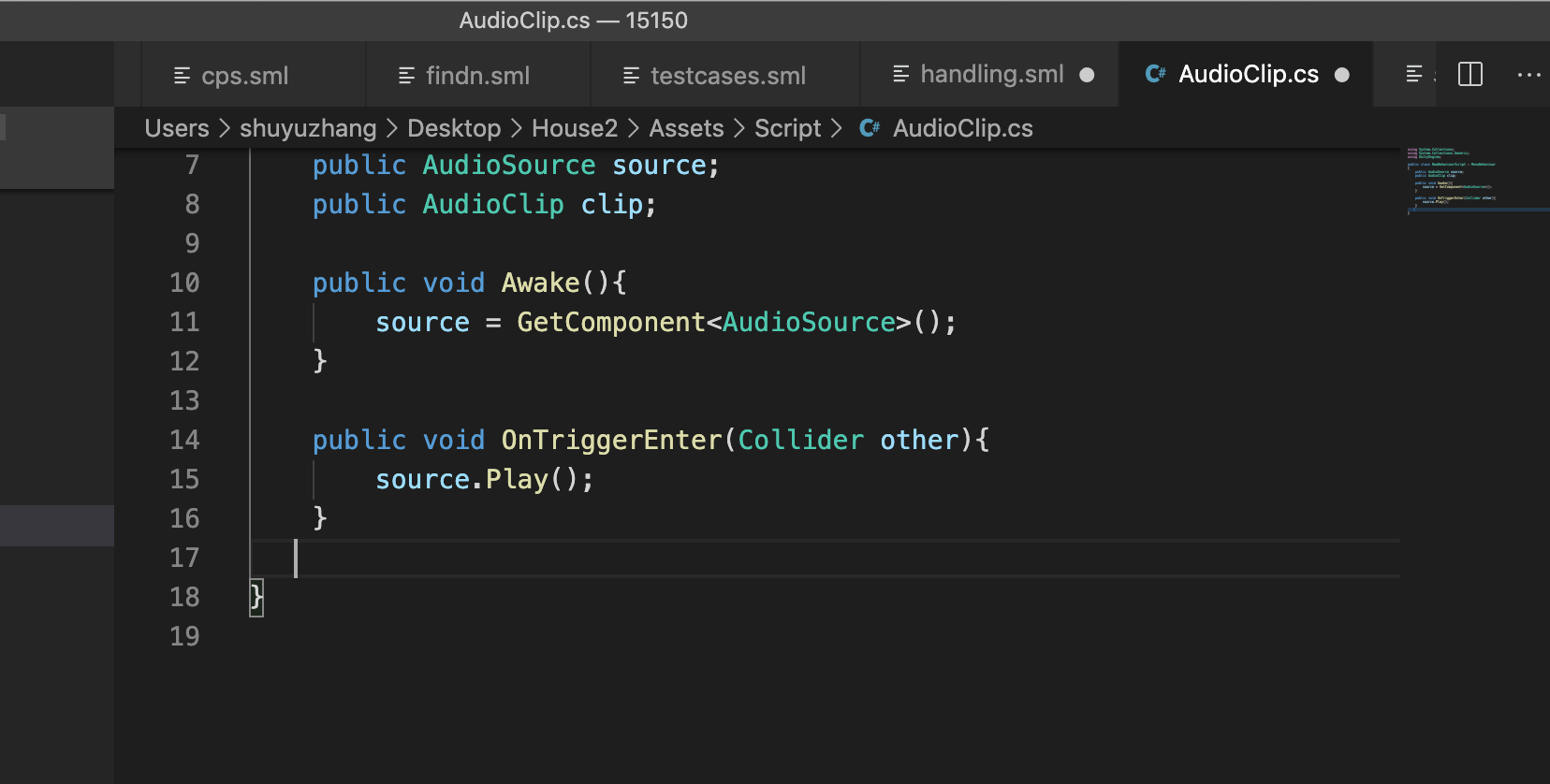 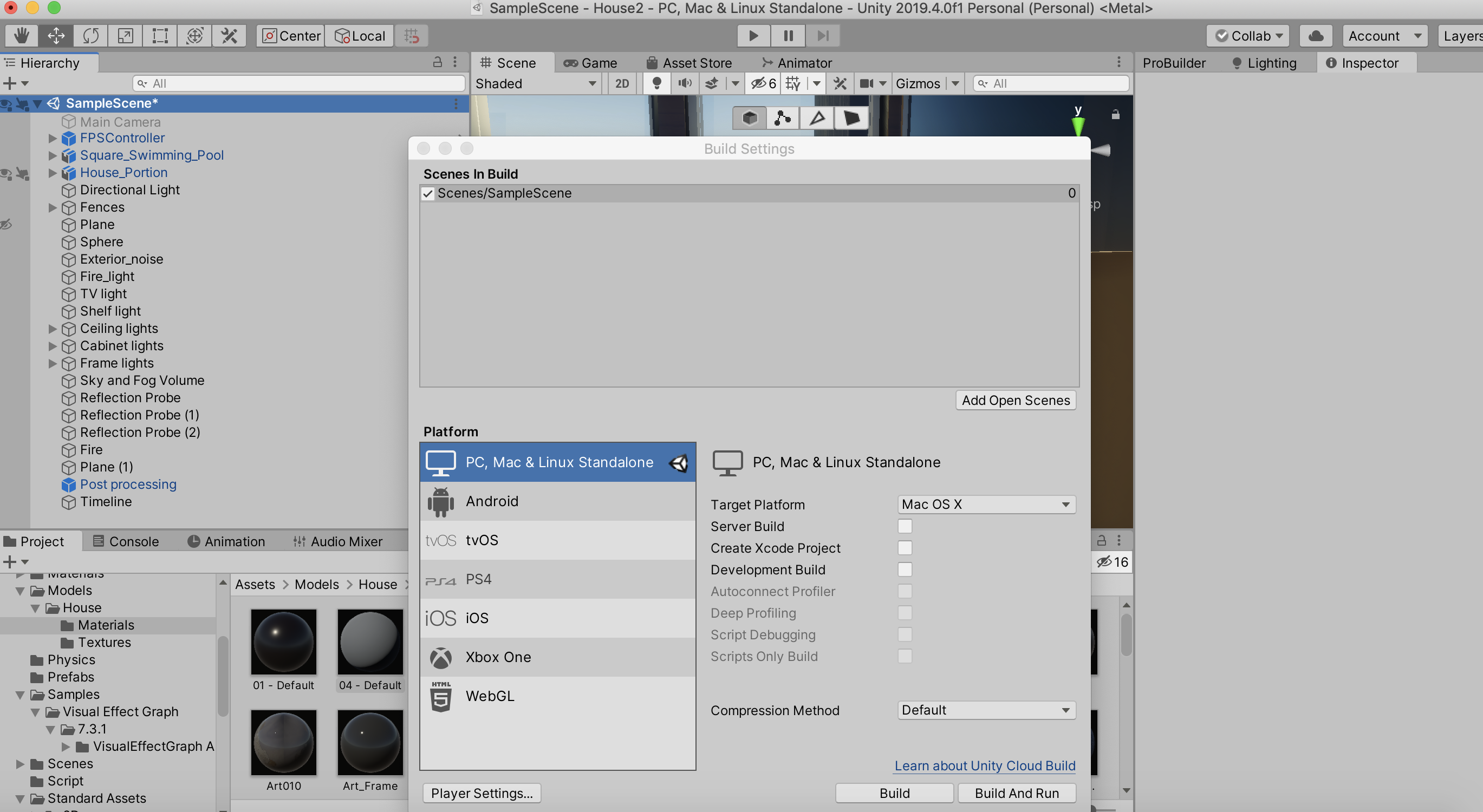 The video I choose is a music video by Beatie Wolfe of her single “As You”. The video takes on youtube’s format for VR videos and you can navigate in any direction you want as the video plays. The scenes change and you can explore the transforming landscapes. I’m familiar with the youtube’s VR format, but previously I haven’t been a fan of the interaction. There’s no zoom button, so the user is stuck moving left to right and it’s difficult to get a picture of the entire scene. Wolfe’s video was beautiful and I really enjoyed this one scene where the constellations move to the rhythm of the music. I like how they kept the visuals simple, so the VR can really shine. This helped convince me that there is a way for youtube VR videos to look amazing and I also want to see if there’s better ways of implementing this.

I definitely want to experiment with all the other types of templates they offer. It was really easy and intuitive to use and I wonder how it would react if I draw the plushies.

Once upon a time. “Logan?” I squeeze his hand, and he squeezes back, lifting his head to stare at me. “What is it?” His eyes are blank, unreadable. He shakes his head, giving me that playful grin of his that I love. “It’s nothing, princess. I was just, um, thinking of an old girlfriend. No big deal.” He gives me a smirk, and the jerkiness of my heart vanishes. “It’s nothing to worry about. It was a long time ago, and you know, we all have to move on.” “No!” I cry. “You can’t say that.” “But it’s…

Donald Trump is in a lot of trouble after losing the first presidential debate. At the same time, Trump is on the rebound in the polls, and he is even leading in some. But the bottom line is that Trump has to turn things around, and right now, he’s not doing a good job. In fact, Trump did the exact opposite during Monday’s debate. Instead of trying to hold his own, Trump followed Hillary Clinton’s lead, and it blew up in his face. On several occasions, Trump made it clear that he simply didn’t know what he was

The dress was gold and white She stood in the middle of the floor Her body locked in place. She waited for him to do what he always did. “Well, well,” he said and his eyes got darker and darker, “you were a sight to behold. After what you did to those pants,” he said and pushed his finger into his mouth, “I thought they’d be impossible to fit.” “Sorry,” I said. I kept my head down, not wanting to look up and be caught with his dirty, thirsty eyes on me. “Yeah, that’s what I thought,” he said, as he moved down the

We accept the love we think we deserve and the rejection we assume we deserve. And we reject the love that we need to survive. And the goal of life is to always keep rejecting everything that we fear we should accept. Everytime that we do, our self-worth goes up, our self-love rises, our courage to keep living is reinforced, and we live with new clarity. Your life is beautiful, whatever you do with it, and there is nothing anyone can ever do to change that. You are an incredibly powerful force of nature. You have the ability to
This was super fun and reading the different texts was super interesting. I tried to test how political the system was and if it followed common tropes that we associate with phrases like “Once upon a time”. I’m not quite sure if King had to train the AI or how he did, but I want to know more about it.