A significant thread in new-media practices involves inventing a new modality of communication, as the core proposition of an artwork. In other words, certain artworks exist to ask the question: “What if people could communicate (or sense one another) in such-and-such new way?” These artworks not only ask a question, but provide a provisional answer in the form of working, open-ended prototypes.

For this one-week assignment (detailed here), students were asked to develop a mobile, networked environment that allows two people to communicate with each other in a new way, most likely using their iOS or Android smartphones. Projects were to be deployed using Socket.io communications at Glitch.com,  using provided p5.js networked app templates, and documented in a brief video. The majority of the students were sophomores in Carnegie Mellon’s School of Art.

“SCRUB LOVE” is a virtual scrubbing experience for two people to connect non-verbally, based on a Korean bath house tradition. 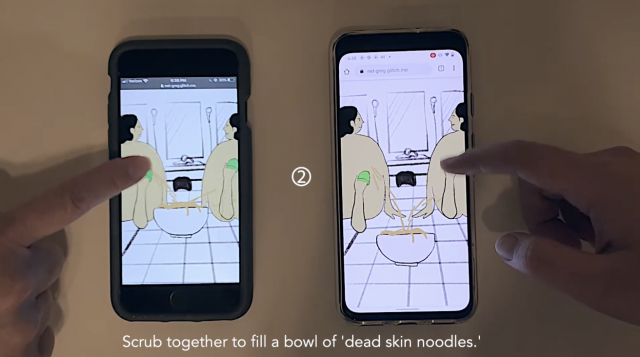 “TRON RACER” is a networked driving game in which players can leave trails as obstacles. Opponents lose “lives” when they collide with those obstacles. 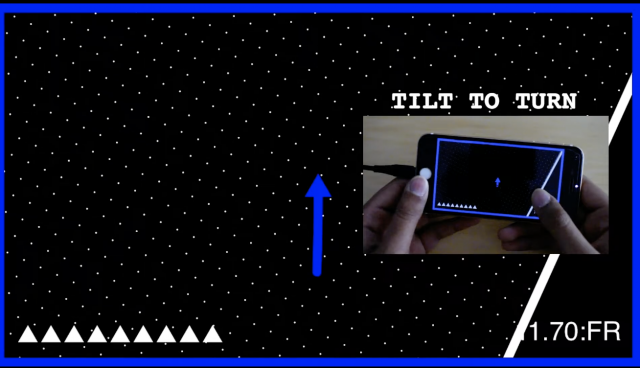 “PIXEL DRAW” is a collaborative pixel art environment, in which two users are each assigned a complementary role (placing black pixels or white pixels), and then make low-resolution drawings together. 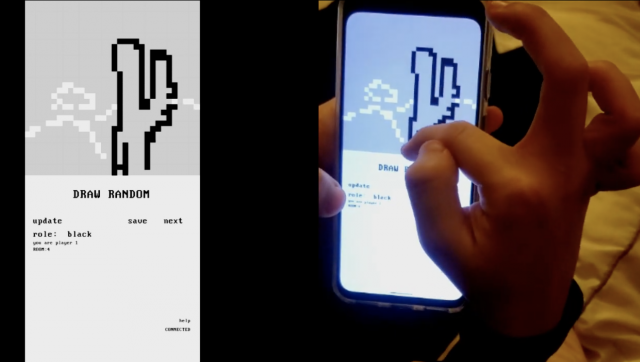 “COLLABORATIVE KITCHEN” allows users to collectively cook and eat a stew with their friends. 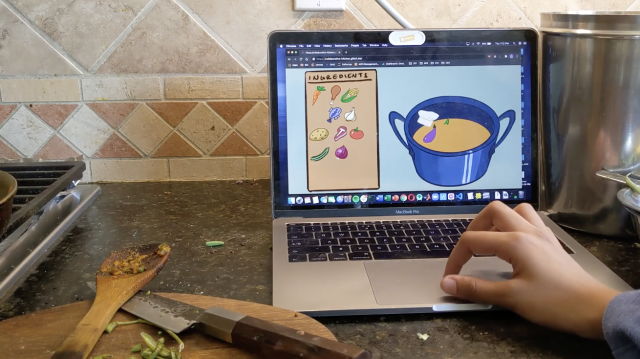 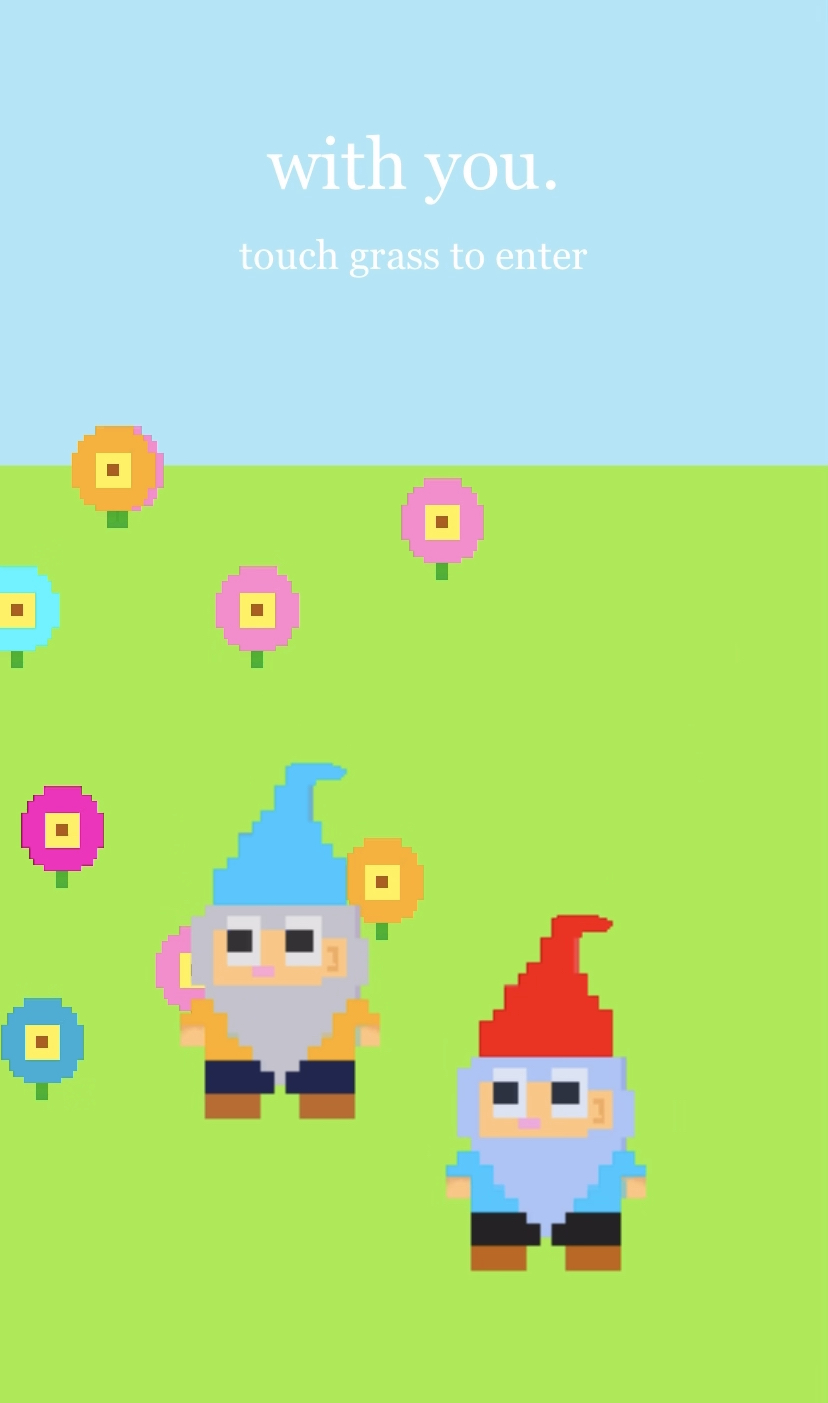 “ART EXCHANGE” allows participants to create a picture together by requesting various drawing elements from each other. 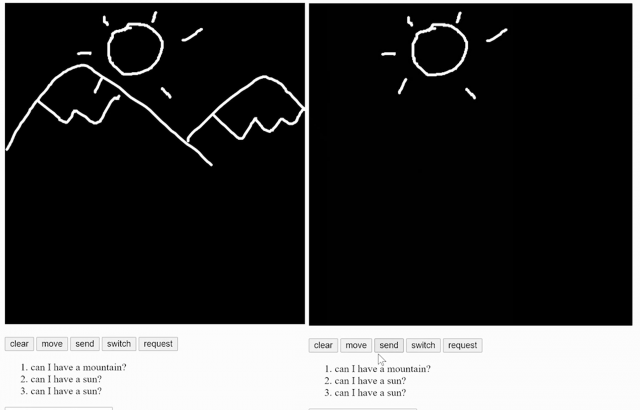 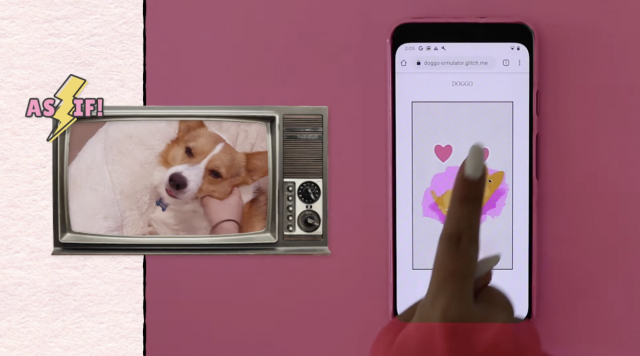 “SWEETMAIL” is an asynchronous messaging platform similar to email but more intimate. It runs on voice commands, as there is something special about speaking the words “I Love You” or any other expression of affection in comparison to typing the words. 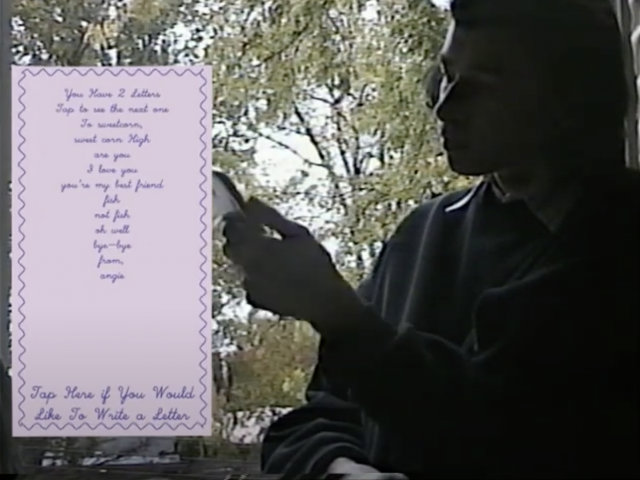 “SHAKE2BREAK” is a quick, competitive, phone-shaking game for two players. 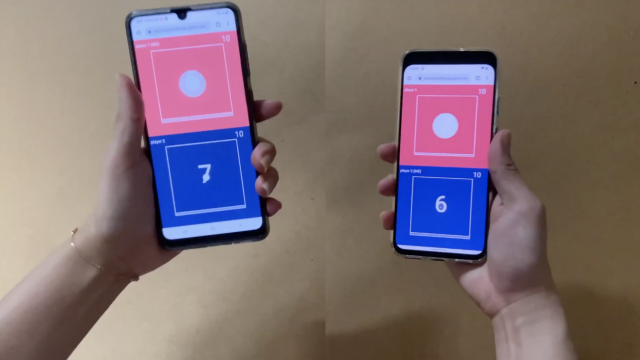 “SNAIL MAIL” is an app that allows users to deliver text messages to a friend — one character at a time, once per hour. 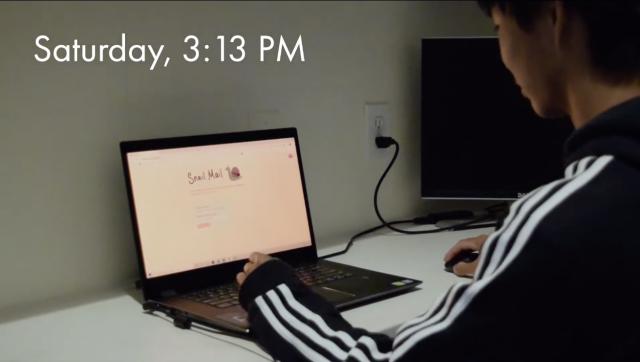 “ROOM WITH A VIEW” is a tool with which people can share the camera views from their windows (or from any other places) with their friends and families in virtual apartment cells. 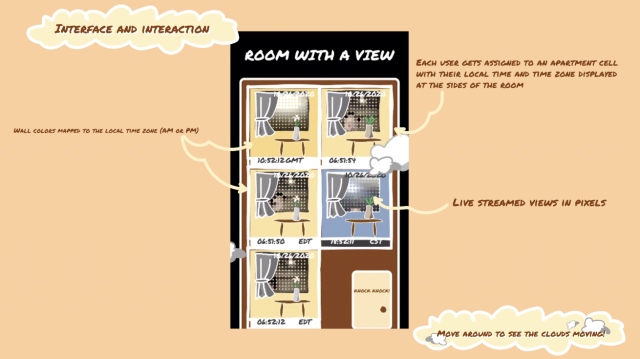