My initial goals for this project was to create a mesmerizing space with shapes, so I wanted to focus a lot on creating an animation that has objects flying through and out of the frame and one that felt less static. I wanted to implement rotation as part of my infinite loop, where shapes will loop out of the frame, and then loop back in. I also wanted to create a funnel-like and vortex kind of motion with the shapes, where the distance from the center of the vortex allows objects to behave differently. I later chose to use rectangles for every object, as every different kind of rectangle had its own behavior. The paths of the flying rectangles were defined by various equations, where I combined the sin, cos, and tan equations while adding rotation to create different orbit behaviors.

I think my living-wallpaper is a good starting point as a living wall-paper, but I could have added better rotational elements and visuals to create more character within each of the objects. I think playing with color, and how color and value changes as the objects rotate would’ve made this project more successful, since it still reads as a 2-D twirl and less of a 3-D vortex. I think the background could also be further developed and strengthen the the warping of a vortex and containing more depth in color.

Link to my project 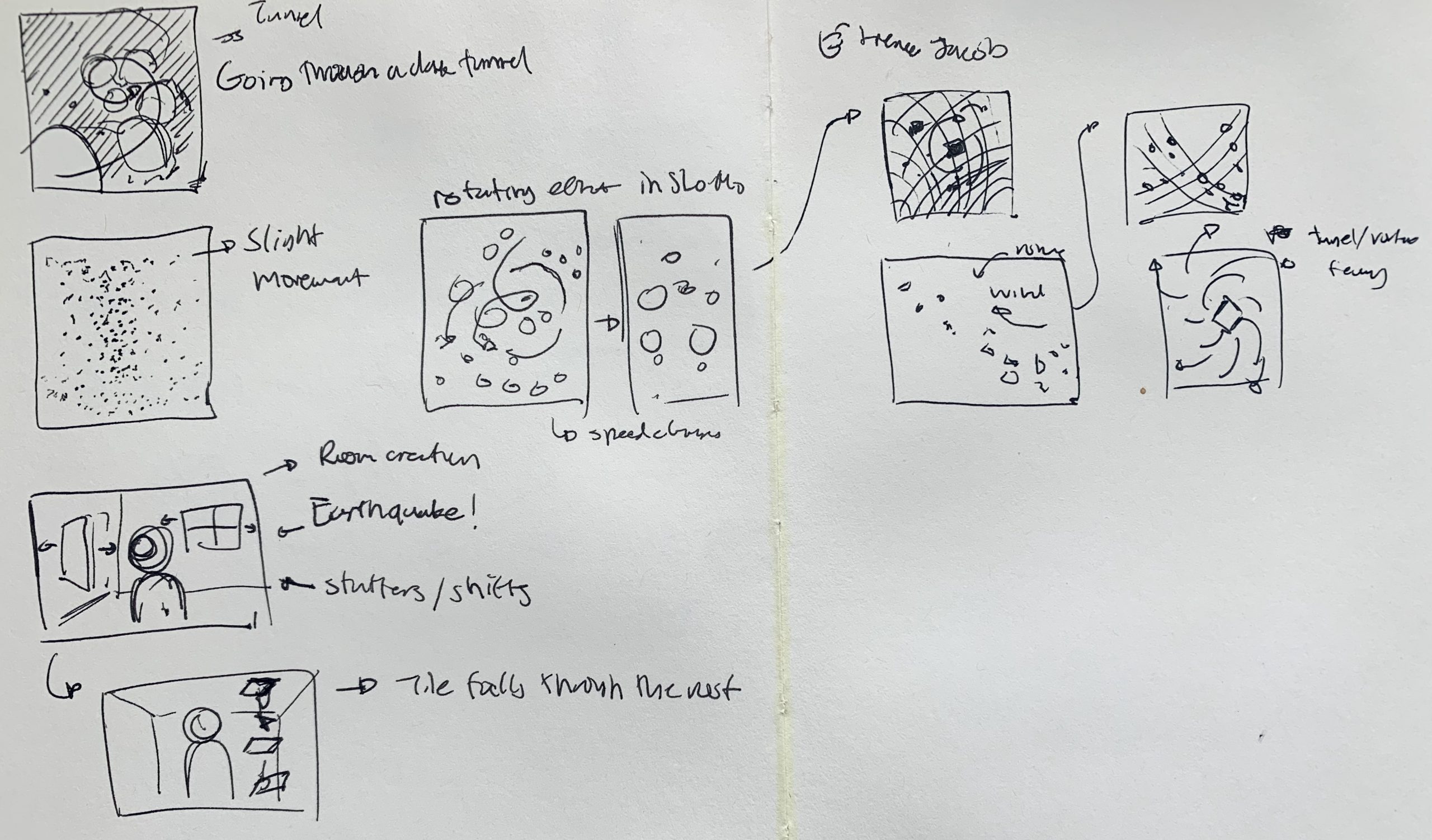