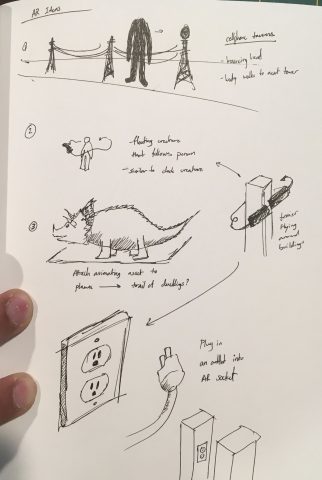 I had several ideas for AR projects, though I am not sure how feasible they are. I want to use AR to play with the scale of large structures such as cellphone towers or skyscrapers.