I decided to learn Unity from the tutorial provided by Emmanuel Henri on LinkedinLearning. My original plan was to finish the tutorial and create a small project for myself using Unity, but my time is limited so I only finished the tutorial. Below is the screenshot of what I have done so far.

This gif is part of the kitchen walkabout I created following the tutorial. I know the lighting is currently very bad.

Natural Process is an installation that translates the Google search engine homepage to a painting, and then takes the painting back to digital media through webcam. The painting was purchased by Google. 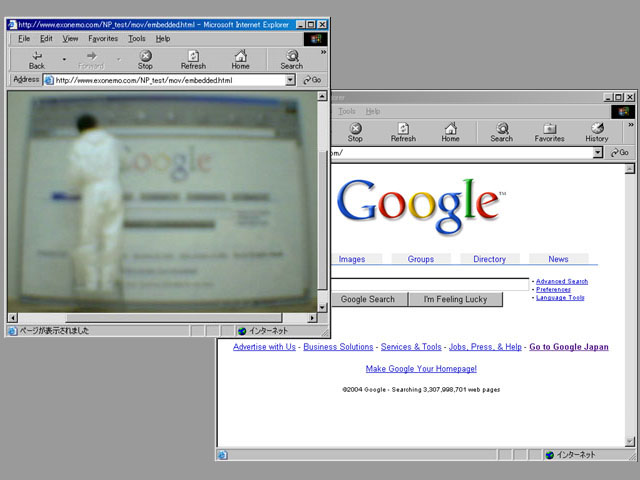 I find it really interesting because it blurred the boundary between digital media and physical media. It also makes the Google homepage unfunctional, forcing the audiences to notice the design of the page, which is usually overlooked.

Prompt: “A Pingpong learning to ski” 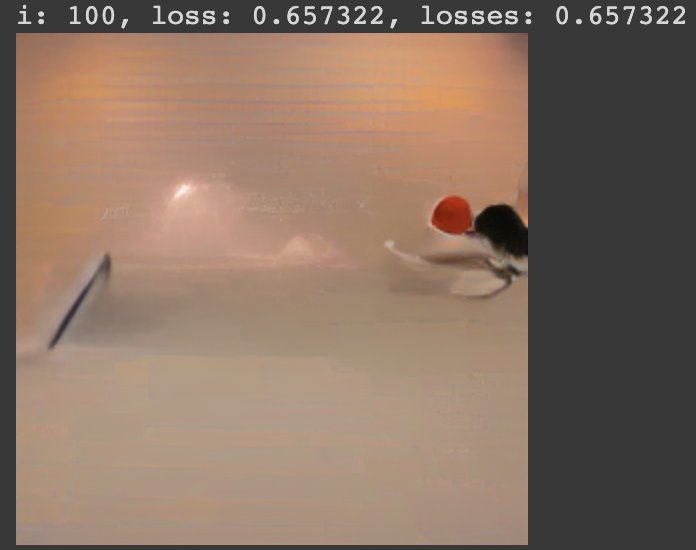 I can see the background is like a mix of ski trail and ping-pong table. I guess the creature on the right is the skiing ping-pong, but I’m not sure why it looks furry.

I go to school today wearing two pair of shoes.

I’m wearing the one pair with the cuter toes and the less funky colors (neon pink with a green swoosh, and green and orange with leopard stripes).

I’m also wearing one pair of sneakers that I can play basketball with.

I don’t think any of the students or professors have noticed my footwear yet, which is a little sad.

The fashion of the faculty, such as it is, seems to be sweaters and the occasional pair of well worn jeans and / or skivvies that could be described as casual.

None of them are stylish.

Most of them look like they got dressed that morning and just threw their stuff together.

Most of them have also learned how to leave the house without looking like they’ve just got out of bed.

They know that if they look so worn out that you don’t know if they’re awake or not, they don’t have any business leaving the house at all.

Master Yoda, the wrinkled old Jedi, looked up from his book and smiled at the two children. “Coca-cola, my young ones,” he said, “would make you very happy.”

Both the two tools are really cool to play with. I like InferKit better as the text it generated has more variety than the Narrative Device.

Really cool and fun to play with. I can see the texture of the “ball” is getting furrier and greener as I raise the gene proportion of “tennis ball”.

Draw to Art is an experiment by Google that matches people’s doodles to paintings, drawings, and sculptures from museums around the world. I really like it because it is a simple project but useful in that it brings people closer to those artworks that were created years ago. This interactive experiment also brings more attention to the pieces that are sometimes neglected because they are less famous.

The idea is to allow users to create their own “pet”. I want users to be able to control the look of their creatures and interact with them.

The species is called “DIVOC”.  The size of each individual is controlled by the amount of time the user presses their key. The position of each DIVOC is the same as the position of the mouse. When created, each DIVOC can be dragged around by clicking on the particles around their body. The eyes of DIVOCs also follow the mouse.

The project is created using Matter.js. I spend most of my time learning it, and I think my project could be further improved if I am more familiar with its library.

The idea is to create terraced fields, because I wanted to play around 3D spaces and this could be an easy start. I generated random numbers to locate the mountains and then used Perlin Noise to draw their shapes.

The biggest challenge for me is the time lag. In fact, I also explored the lighting and texture functions of p5js and was hoping to create more realistic pictures, but the code for now already takes about 10-15 seconds to generate each picture, so I was afraid to add more details. I think I might have called the function “noise()” too many times. I’ll try to increase the efficiency if I have time.

I like this piece because I feel like I can look at it all day. The curves looks random, but there are certain order in them so that they could form circles. Zach Lieberman has three other pieces that are similar to this one.