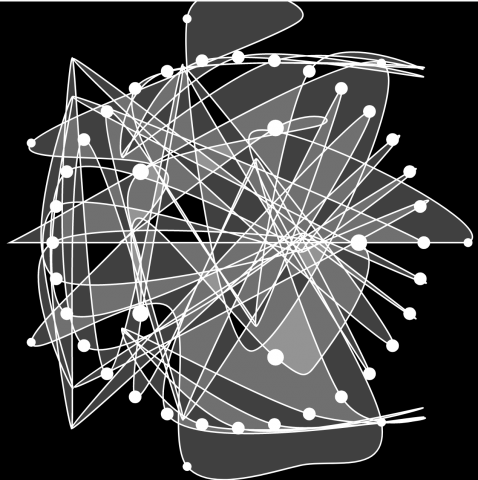 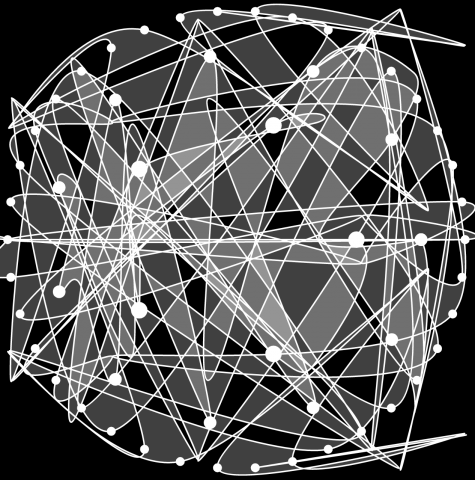 I initially wanted to make a geometric clock that uses polygon to represent second/minute/hour. But I didn’t continue with this idea because it’s  too simple and doesn’t have much meaning to it.

I then continued to brain storm and settled on the idea of creating a clock that triggers the feeling of anxiety/frustration with the passing of time. The inspiration of the design comes mainly from this picture: 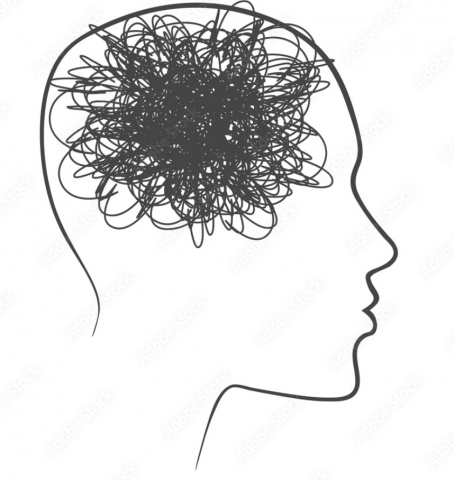 This clock is meant to make people feel anxious. I tried to make it so that it captures the feeling of me running out of time and feeling frustrated(eg. when the deadline of a project I barley started is hours away).

The most challenging part for me was to figure out how to  make the lines seem random enough, while still maintain some type of order. They needs to still have some level of legibility so a person can still tell time from this clock. I initially wanted all the points to be at a random location, but that ended up being too chaotic. As a result, I chose to map the points into a circle instead.