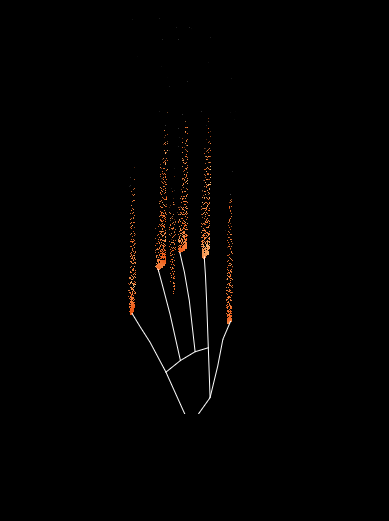 In this project I tried to make a program that would track the positions of your hands (using the code given to us) and track generative fire onto your fingertips on the screen. I used several different factors to try to generate realistic fire that determined how rapidly it would ascend, how spread out the fire would get and how much smoke it produced. Overall, I am happy with how I was able to convert the idea behind my project into a reality, but the program does run very slowly, making the fire move upwards far more slowly than real fire would. I tried to fix this issue by using pixels instead of circles, but it did continue to run slowly. Something that I wish I could have added was the option to only have fire coming out of your index finger if you close your other fingers as this would allow you to draw with the fire, but I really did not know how to begin to implement this.