My piece is a 2-person web.

I was lucky enough to think of a much better idea than the original, highly contrived fire-based piece that I was originally thinking of making. With this piece, I feel like I was able to think of a very basic idea that nonetheless lends itself to an infinite number of ways of communication, that could be fully developed with a series of geometric runes to describe anything that you could with a normal, linear language. I feel like this is the most successful piece that I have made yet due to what I mentioned above. Still, I feel like it has some limitations as there is exactly a single pattern the corresponds to a given combination of fingers across the two screens. I would like to continue this piece by allowing certain lines between fingers to be disconnected by the second user. 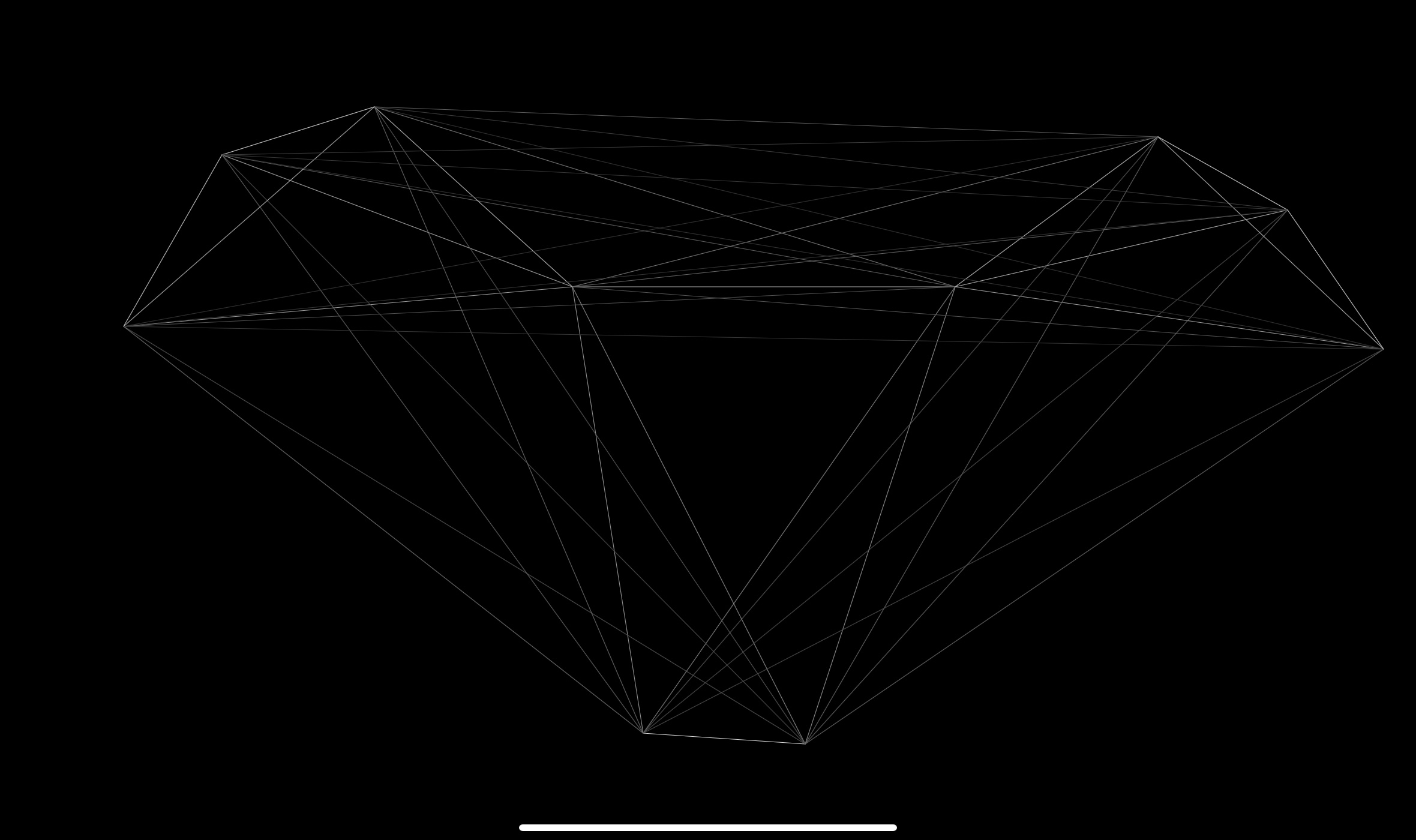