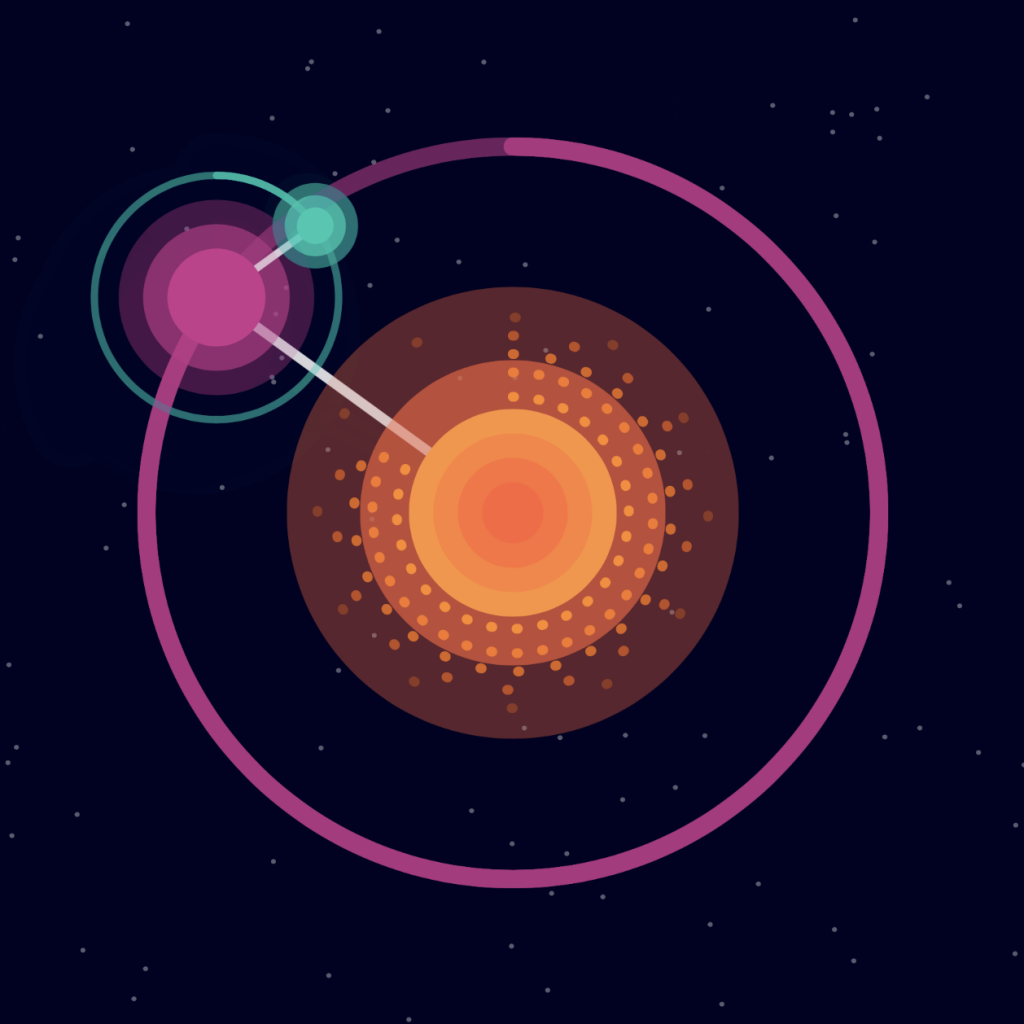 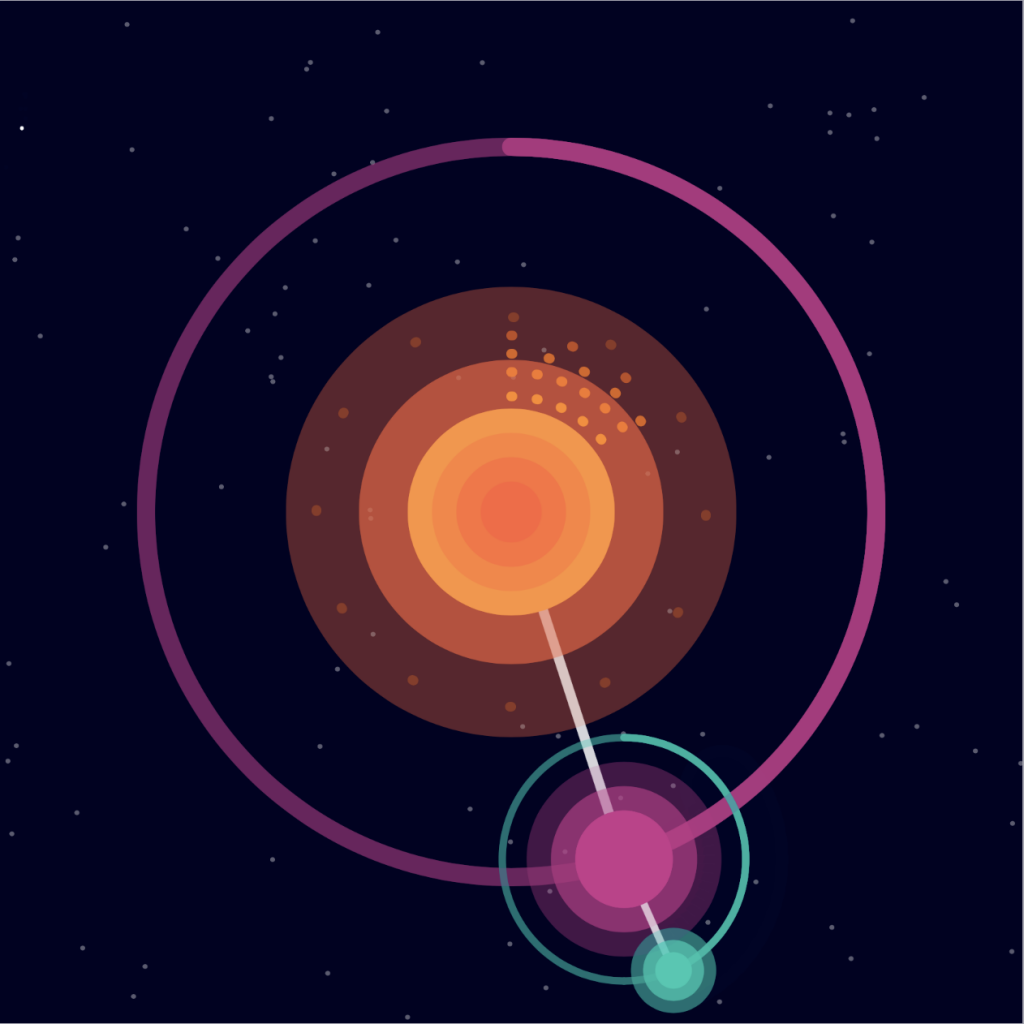 The concept of this time piece is a galaxy clock.  The rays of dots expanding from the center of the sun indicate to the viewer the hour of the day, and there are 12 indicator dots of the hours for easier viewing and understanding. Moving on the the minutes, a planet revolves around the hour sun and the distance from the top to the planet is the number of minutes that has past. The minute planet has a moon that represents the number of seconds that has past. The planet and the moon has an orbit that indicates the time and lets the viewer grasp the orientation of the starting point to tell the time.

I wanted this to be sort of mechanical in nature, as if the clock was built in real life and conformed to the effects of gravity, so I put supporting lines in-between the planetary objects. However, I think that this concept is not clear because the graphics are vector like and not similar to things we view in real life. I was also planning on having a door open to reveal the sun, but decided to take it out since it seemed out of place, which could help in describing the concept more to the viewer. 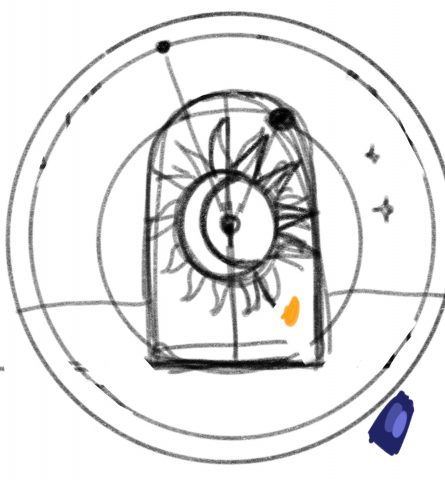 Link to project in OpenProcessing