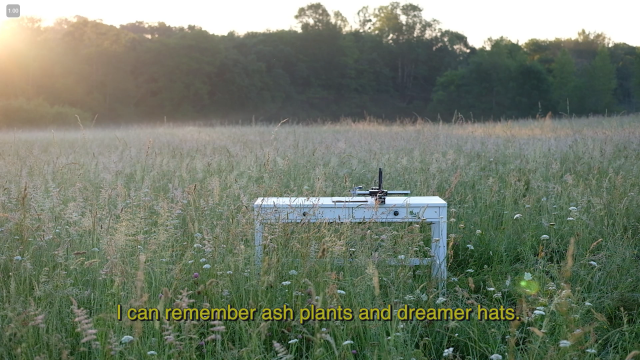 I can remember – Guillaume Slizewicz

This project used machine learning to generate text descriptions of a set of images of a certain location (such as the one featured in the video), which was then used to create poems that the machine would write. I liked this project because I felt that aesthetically I was drawn to its presentation, as a lot of the visual imagery in the video (rural/ nature-focused) were ones that I could relate to. I also thought conceptually it was incredibly interesting because of its investigation of personal memory through machines– the poems the machine generated were both from the memories of the machine itself, but it also connected to the artist who selected the photos for the dataset. Watching a machine generate a poem from your own memories makes me wonder if such machines could be classified as extensions of the artist or capable of empathy, or as something separate.