How Do You See the Disappeared? A Warm Database (Mariam Ghani, Chitra Ganesh, 2004) 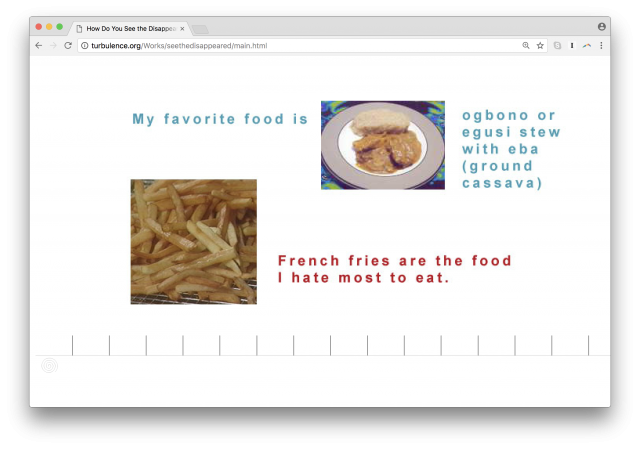 This project was developed in response to the U.S. government detaining immigrants, most of whom were Muslim, following 9/11; many others were also subject to questioning. The “warm data” in the project’s title stands in opposition to the data generated from such questioning; it is “deeply personal but non-identifying”, as opposed to common forms of data categorization such as place of origin or birthday. The project is currently inaccessible, but is separated into 4 parts; I liked the 3rd and 4th parts, which was the questionnaire that collected the “warm data” and the interface for viewing such responses. I thought this project was really interesting because of how it utilized databases and data that focused on humanizing and turned its focus away from categorization, and how it can evoke an emotional response from the viewer despite the fact that there is nothing known about the person who submitted the response.