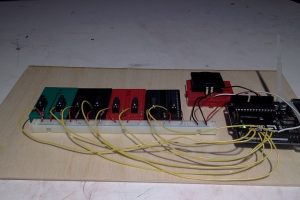 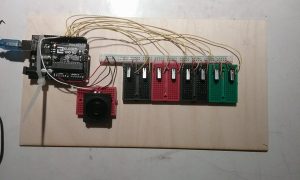 My initial idea was to create a self playing piano (I thought that this could come off as creepy and add to the halloween vibe). However, I had to descope for the prototype since I did not know how to make the piano buttons move automatically.

I had initially wanted to created a nice case for the piano, and laser cut the buttons, but dince I did not know how to make the buttons move automatically, and adding these finishing touches would make adding elements to move the piano automatically more difficult. (after asking a few friends, I realized I could use solenoids to achieve this effect).

The piano itself wasn’t too hard to make, except the wiring took a while. Also, the first key does not work, and I’m not entirely sure why. The rest of the piano works fine.

For the finished project, I’d like to add the following features: