For my rough crit, I made an automaton that moves its head and hand. It also has shoulder rotation that allows it to rotate its arm, and well as tendons which allow it to reach out/ retract.

I made the face and hand out of paperclay, and the arm and body out of cardboard for this version. I will construct the final completely out of paper clay so that the aesthetics are more cohesive.

For the final version I want to have it so that the piece is still, but once someone holds their hand out to it, it looks up a bit and reaches out to touch their hand

My other project (sorry i couldnt pick) is a radial plotter, it draws images but is restricted to only curved brush strokes. the pen is attatched to an arm that can extend or retract (this affects the distance from the plotter itself, or the origin point), and can rotate side to side. This project is an experimentation of a sort of reverse computer vision, instead of traditional vector plotters, I wanted to focus more on the brush stroke (fake sketch prototype below) 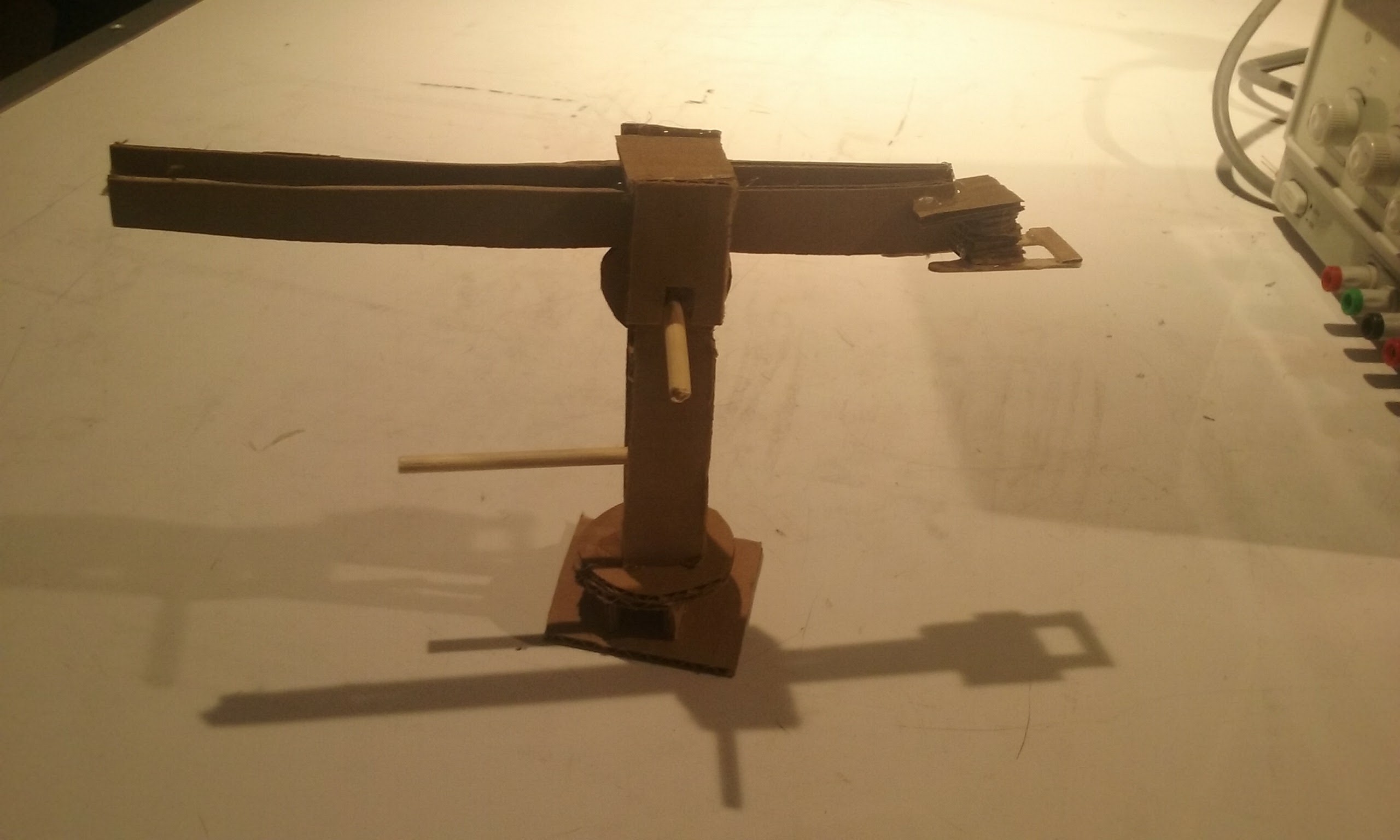 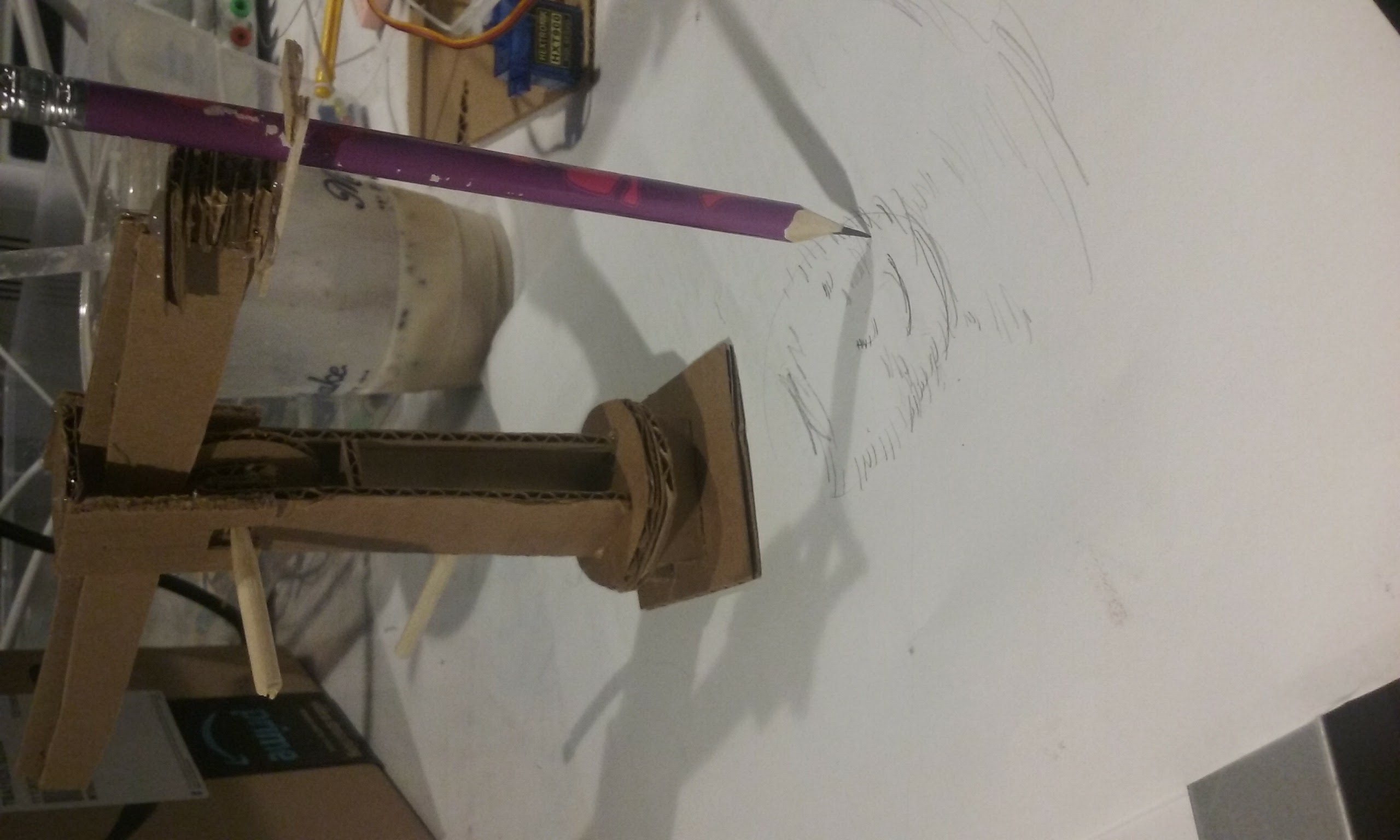 I created a working(aside from the gear and inward rotary) prototype that extends and rotates around the base axis. I have working pieces and will laser cut them so that they function smothely. The arm can extend due to a motor rotating the gear, the pen will move up and down based on an actuator (with a mechanism simiair to a pen clicker), and the base will rotate with a servo (since it doesnt need to rotate more than 180 degrees).

I will implement drawing through processing and the load pixels function, calculating which line/curve segments the plotter should draw.