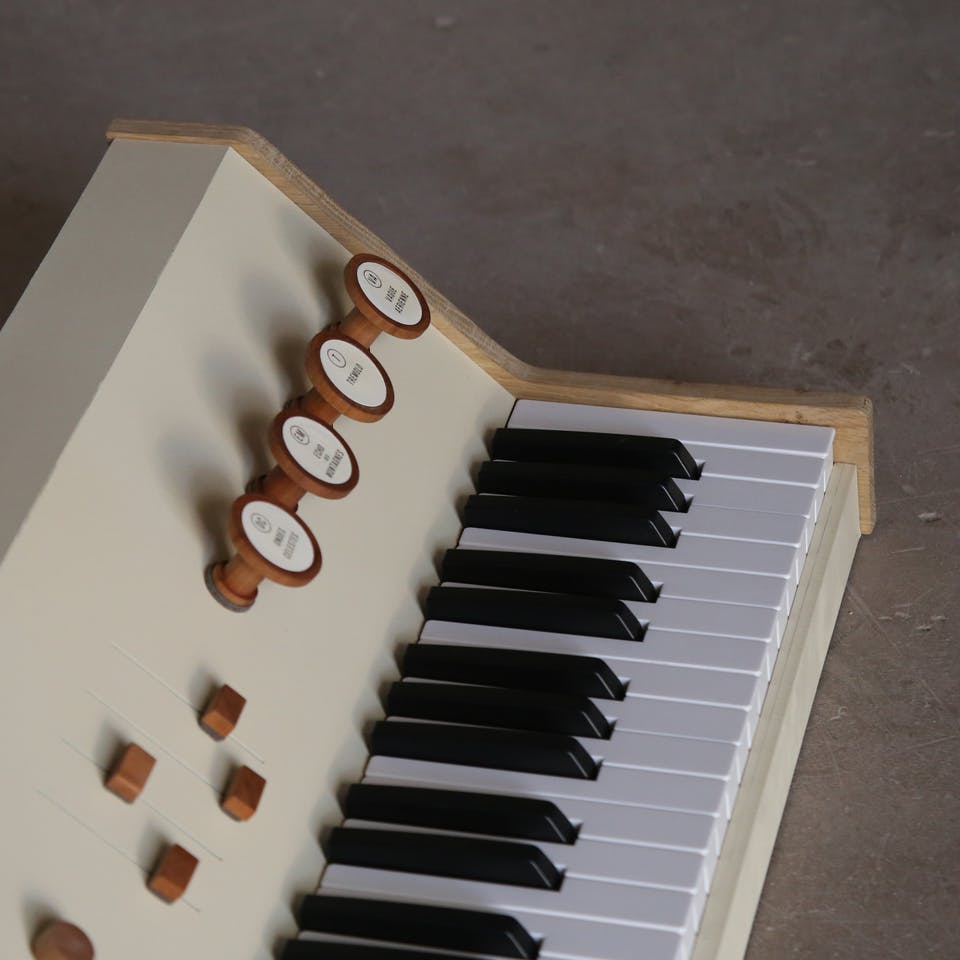 This is a midi synthesizer made from the body of a Nektar 49 keyboard. A wooden frame was built to incorporate faders and a potentiometer which were used to control tempo and add effects like reverb and delay. This setup was connected to an Arduino which relayed information to Ableton Live for audio processing and then to Resolume Arena, a vjing software. The vjing software converted each of the notes into a graphic. These graphics were displayed using a projector as the note played out loud.

Considering how expensive synthesizers (and midi keyboards) are, it’s nice to know that it’s possible to build a reasonably large and responsive DIY version of one. Though the video has looping, the code and buttons seem to indicate that this is not an option on the Pianographe. If I was to make any changes to the project I would add looping, so that participants can layer sounds.