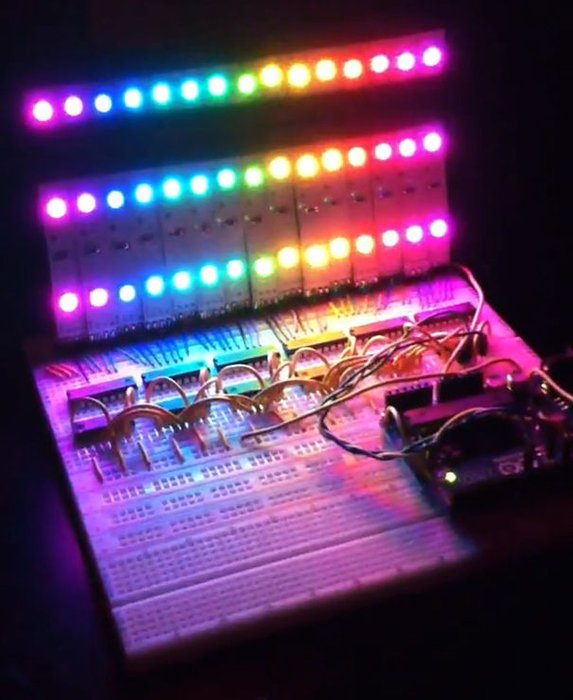 Project Description: This project creates a simple LED rainbow filter using an arduino uno. The creator uses Shift Registers and Pulse with Modulation is able to control 45 RGB LED channels with 32 brightness levels from only three arduino pins. Below is a demo of the project.

Response: This project is pretty cool as it showcases an example of the applicability of arduino uno boards to seemingly complex tasks. I think it is interesting how you are able to change the colors of the LEDs simply by blinking/dimming the respective LEDs. Furthermore, it is a quick build, reportedly taking under 30 minutes to construct.

One way I think would be interesting to change/extend this project would to add some sort of motion tracking technology such that you can point somewhere on the LED strip and rainbow effects would occur coming out from where you pointed.