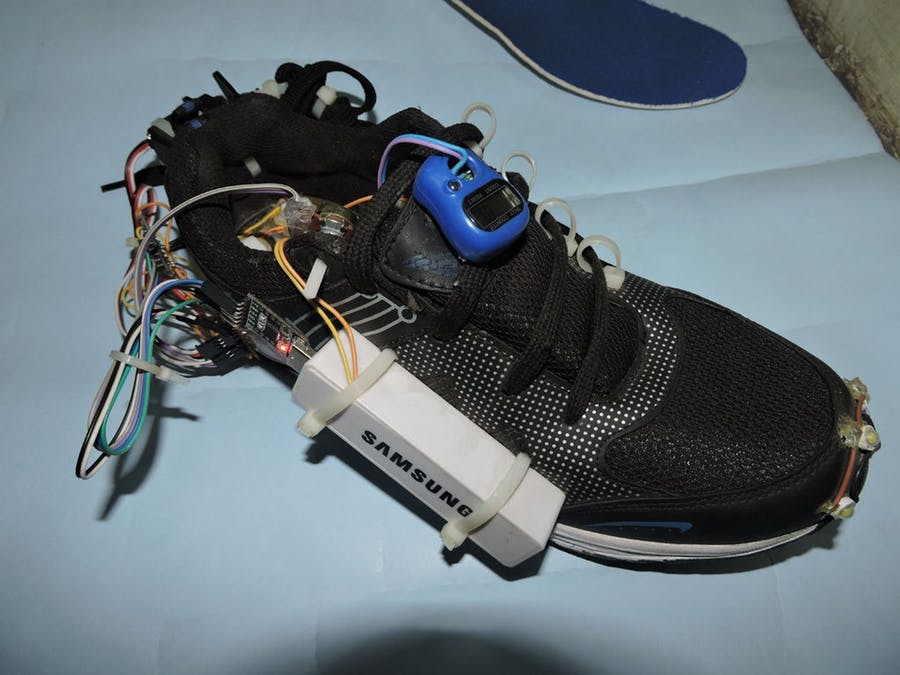 This was an intriguing project to me as it combines sports with technology, and it’s always exciting to use gadgets while running. I like that the creators have used the potential of the shoe by using footfalls to generate electricity, while also providing information to the wearer about steps and also including a fun extra feature. I also like that the creators used relatively simple code for controlling the servo, but when coupled with zip ties, it made the self-tying shoelaces function well.

If I were to make something like this I would try to focus on one aspect (energy generation, information gathering, or another feature) so that the shoe could be more effective in a specific area. I would also try to integrate the wires and power bank with the shoe so that it’s more wearable.