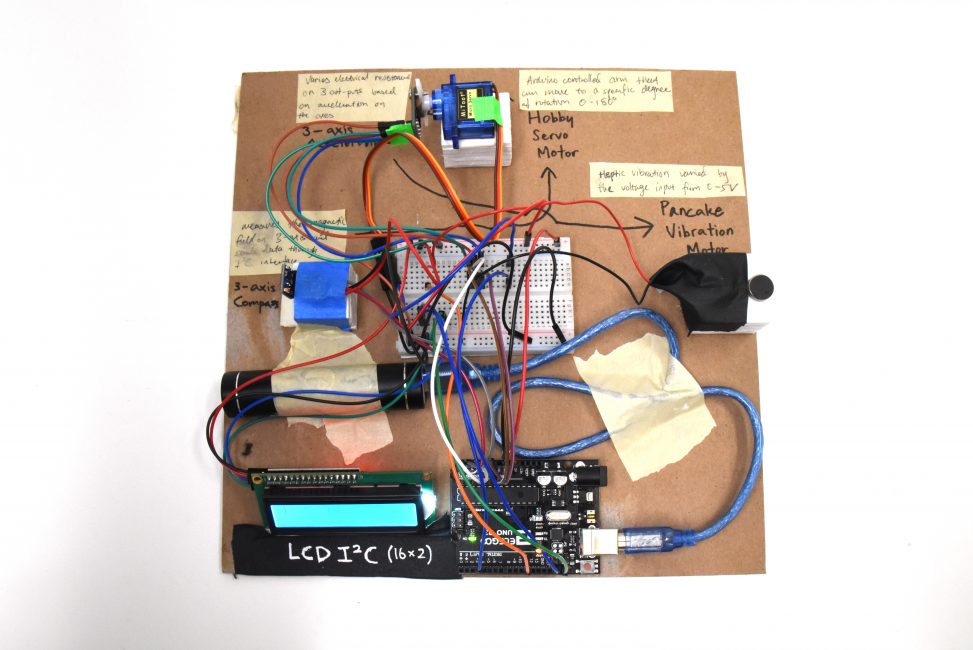 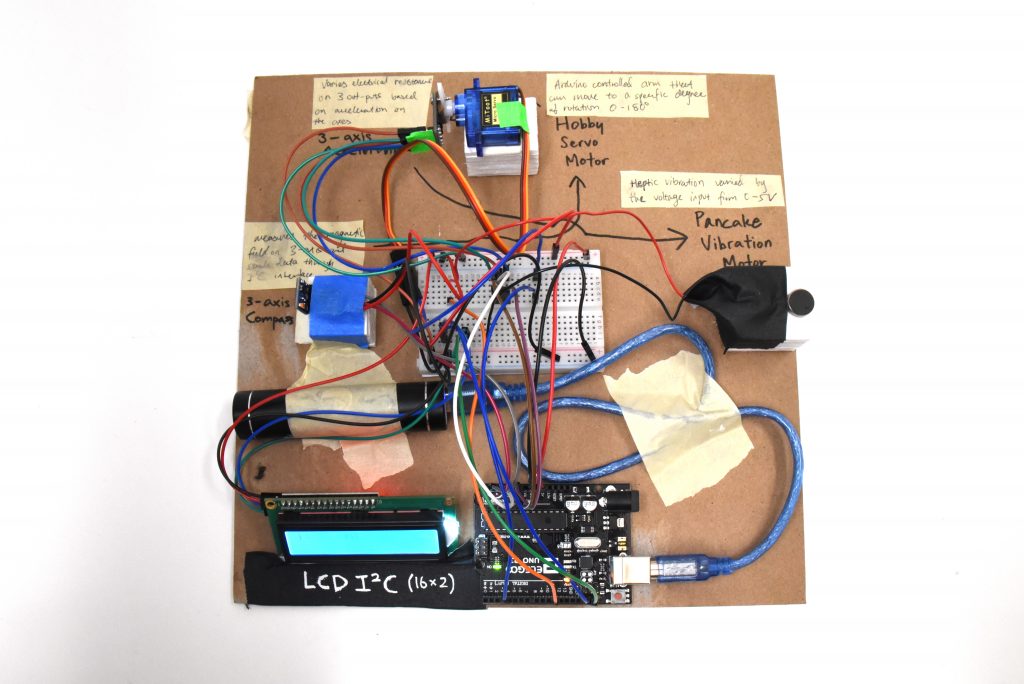 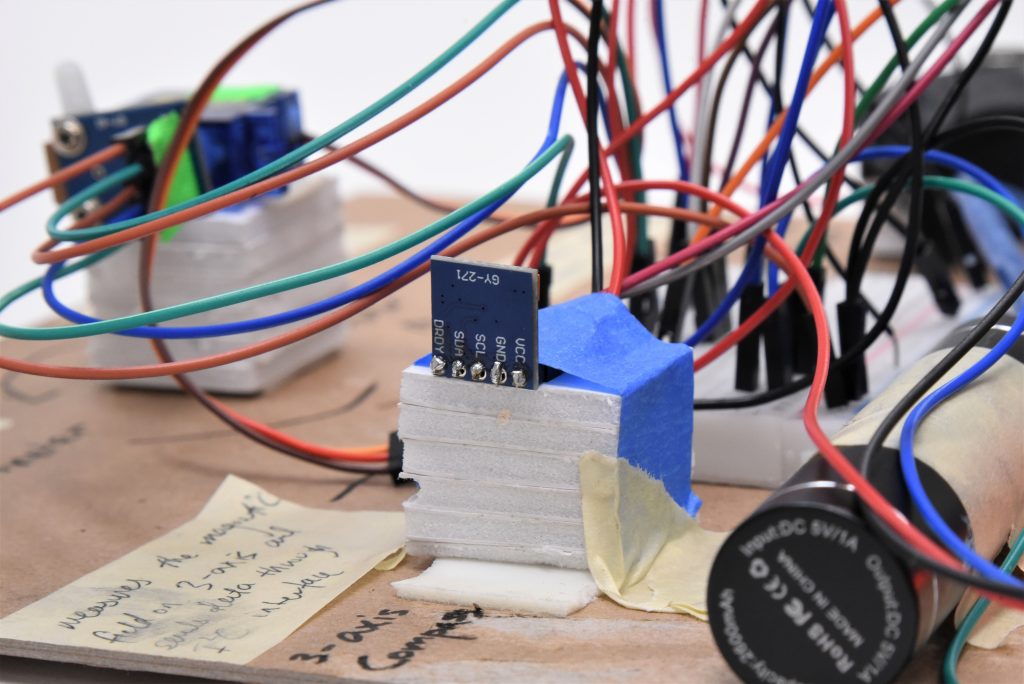 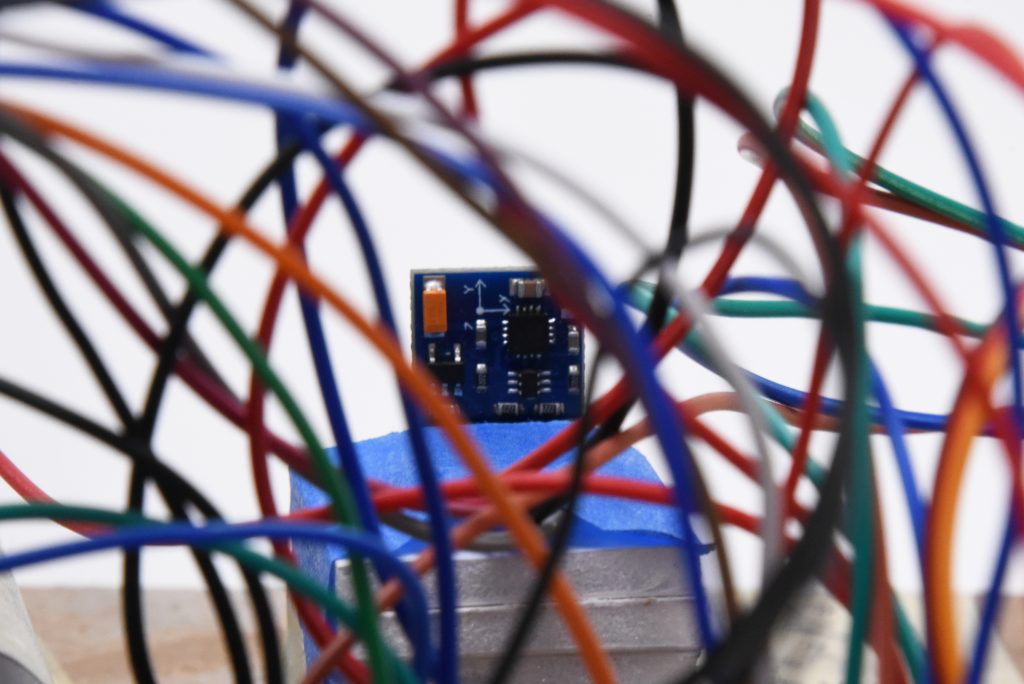 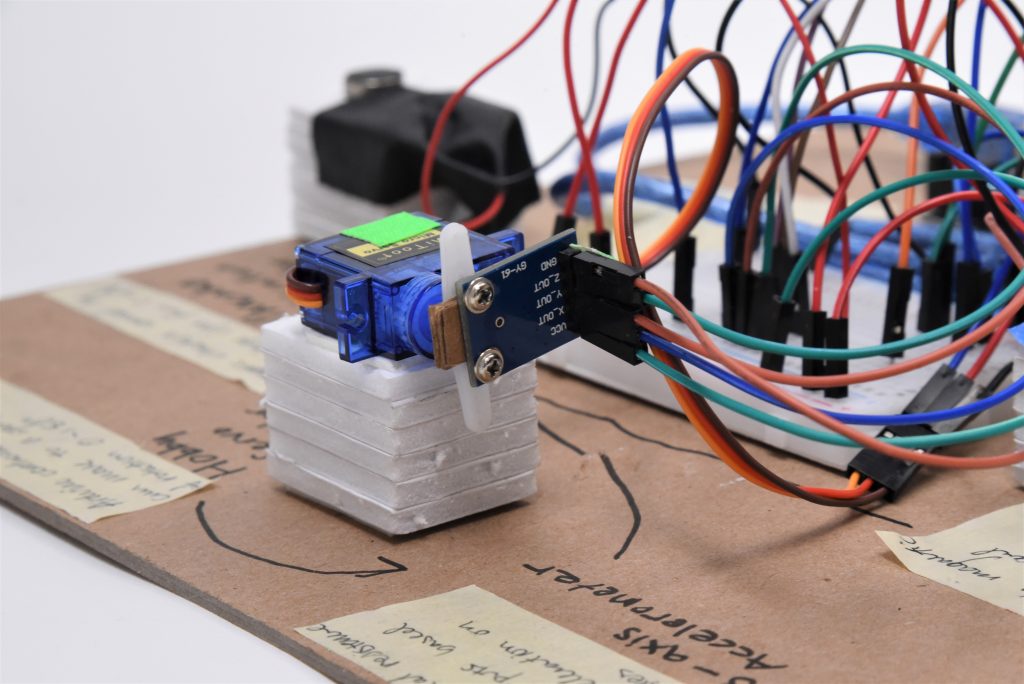 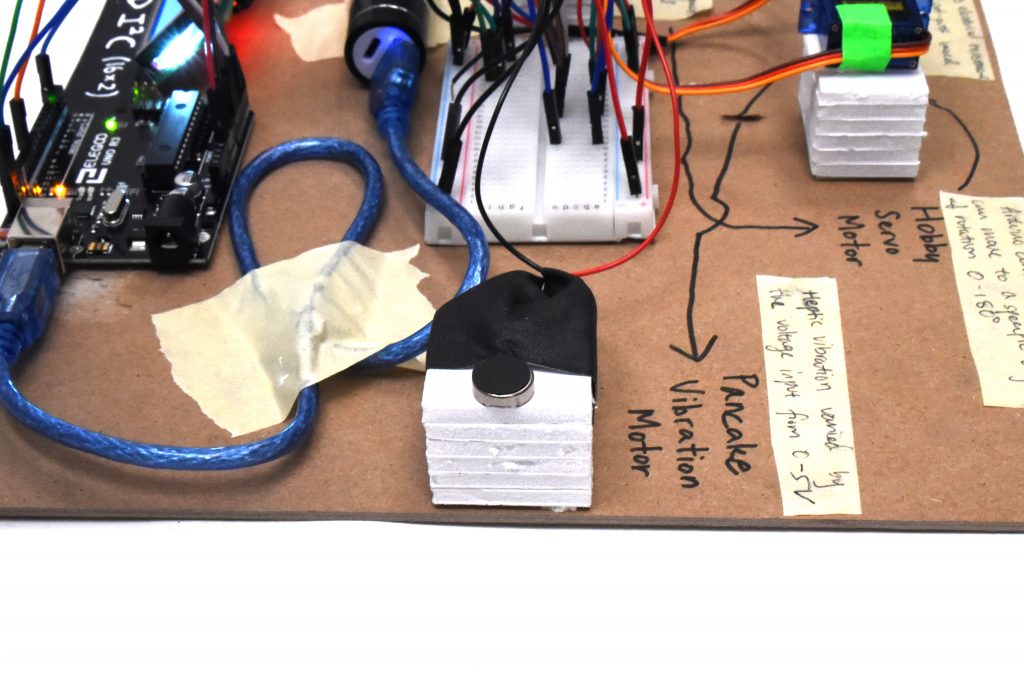 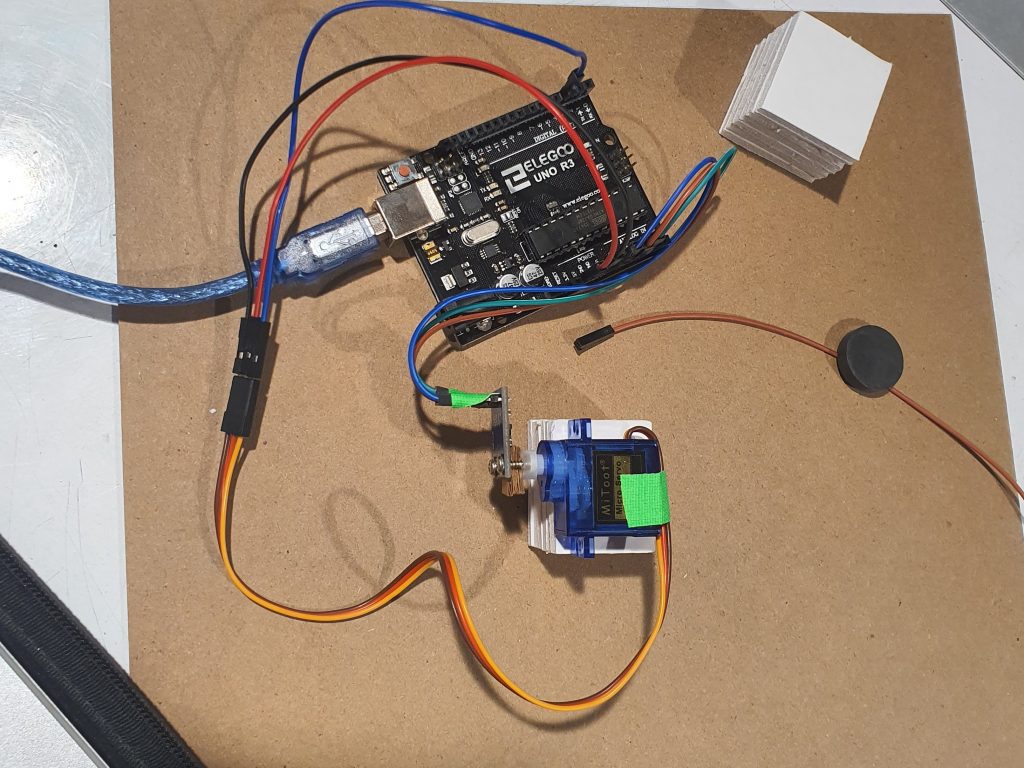 Intermediate testing step to figure out the motor integration 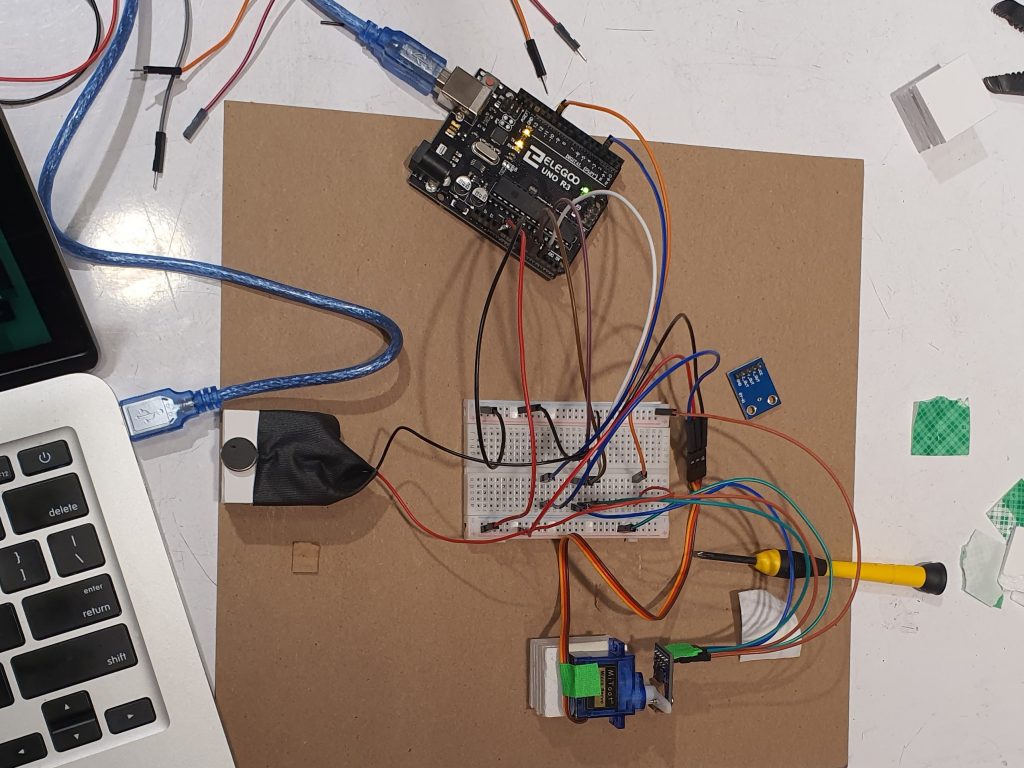 Parts assembled except for the LCD and magnetometer; serial monitor used to debug 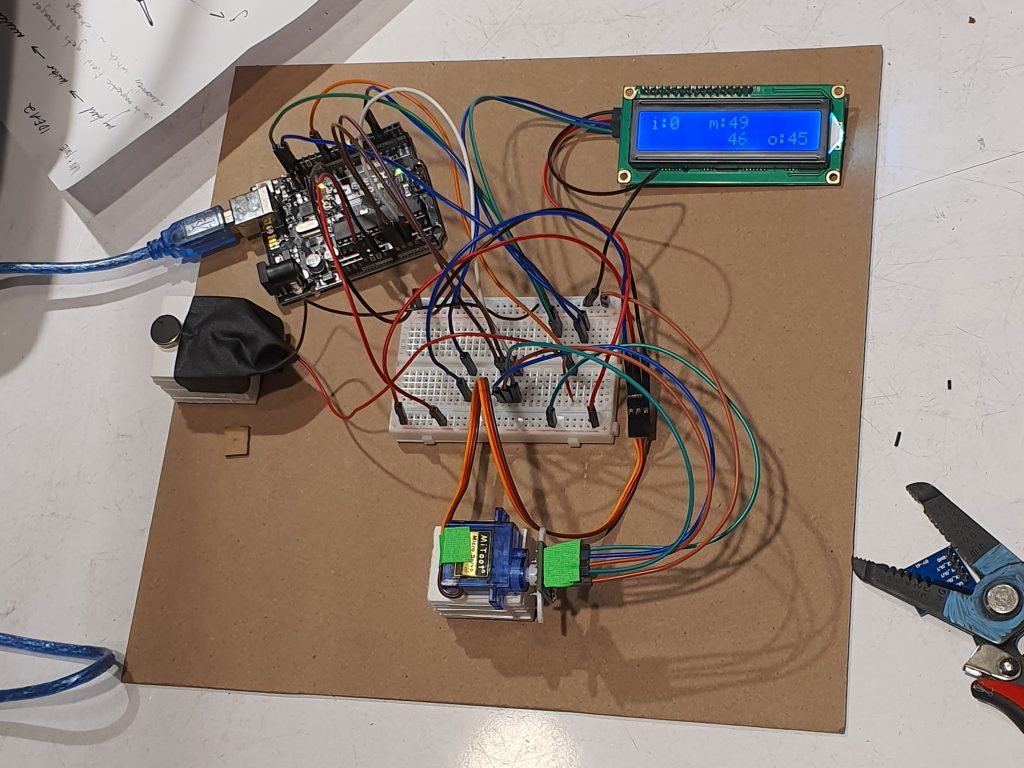 All parts assembled and working except for the magnetometer

We initially had a hall effect sensor to detect the magnetic field, but we replaced it with the triple-axis compass magnetometer sensor so that we could have analog, instead of digital, data. This was perhaps the hardest part because finding the right library took some time, and figuring out the range and calibrating were difficult because the sensor would overload when the magnet got too close to the sensor.

Some things that were straightforward were wiring and mapping the LCD display system and the movement mechanism parts because they were largely covered during class. Figuring out how to output signals with motors was also relatively easy.

We could gain soldering skills, and learn how to easily calibrate and map values across various parts. We could have done better with wire color-coding. 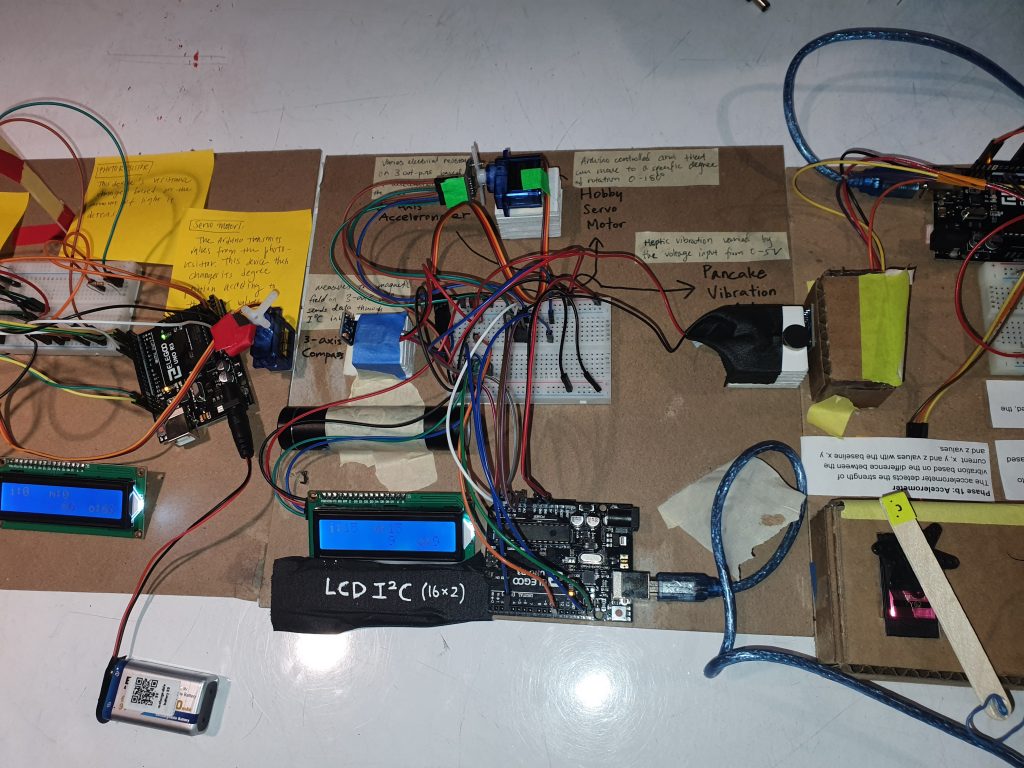