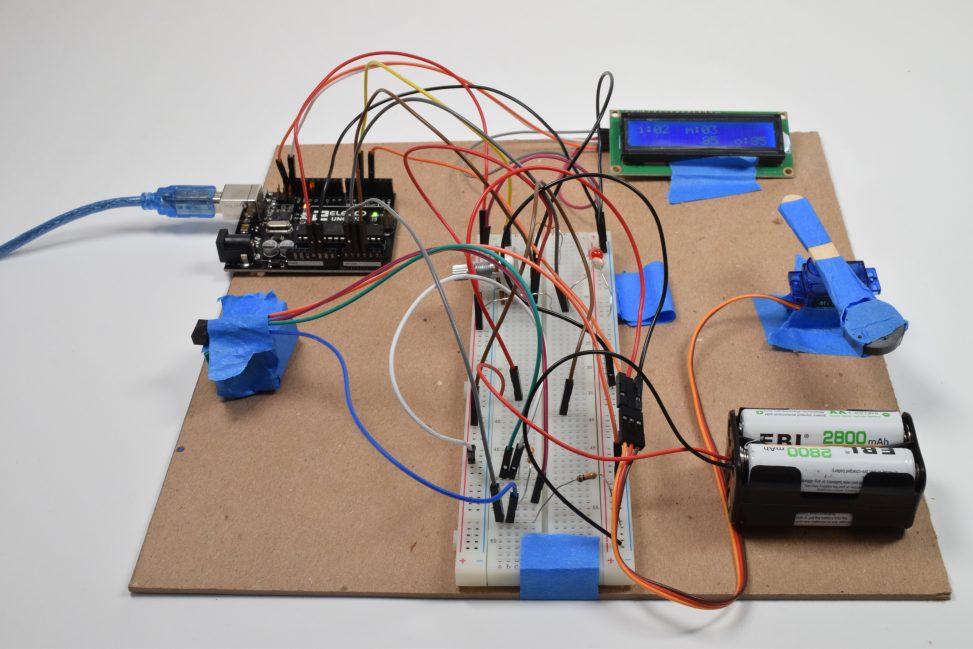 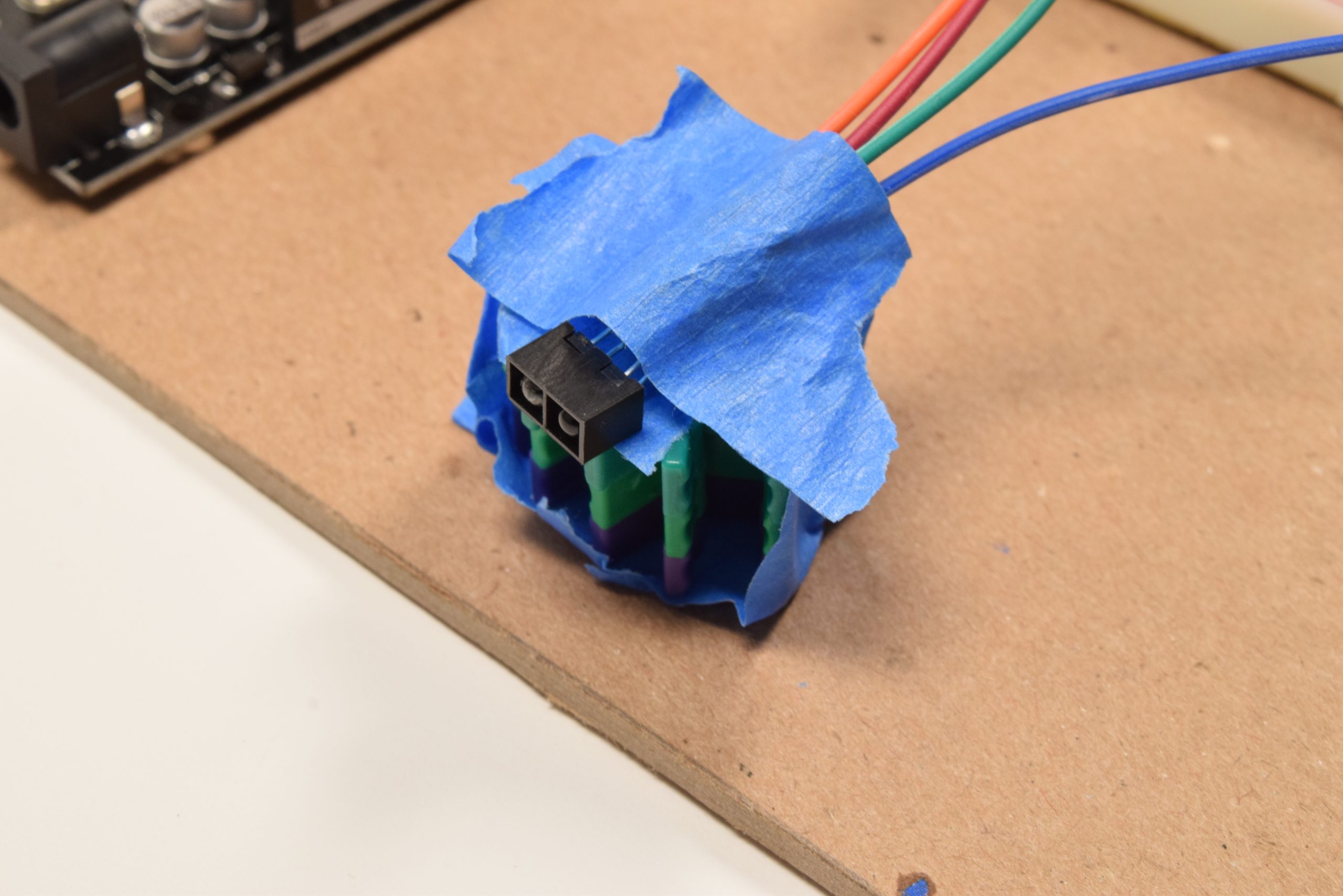 The IR proximity sensor measures when something is near, allowing us to use the timing to calculate rotational speed. 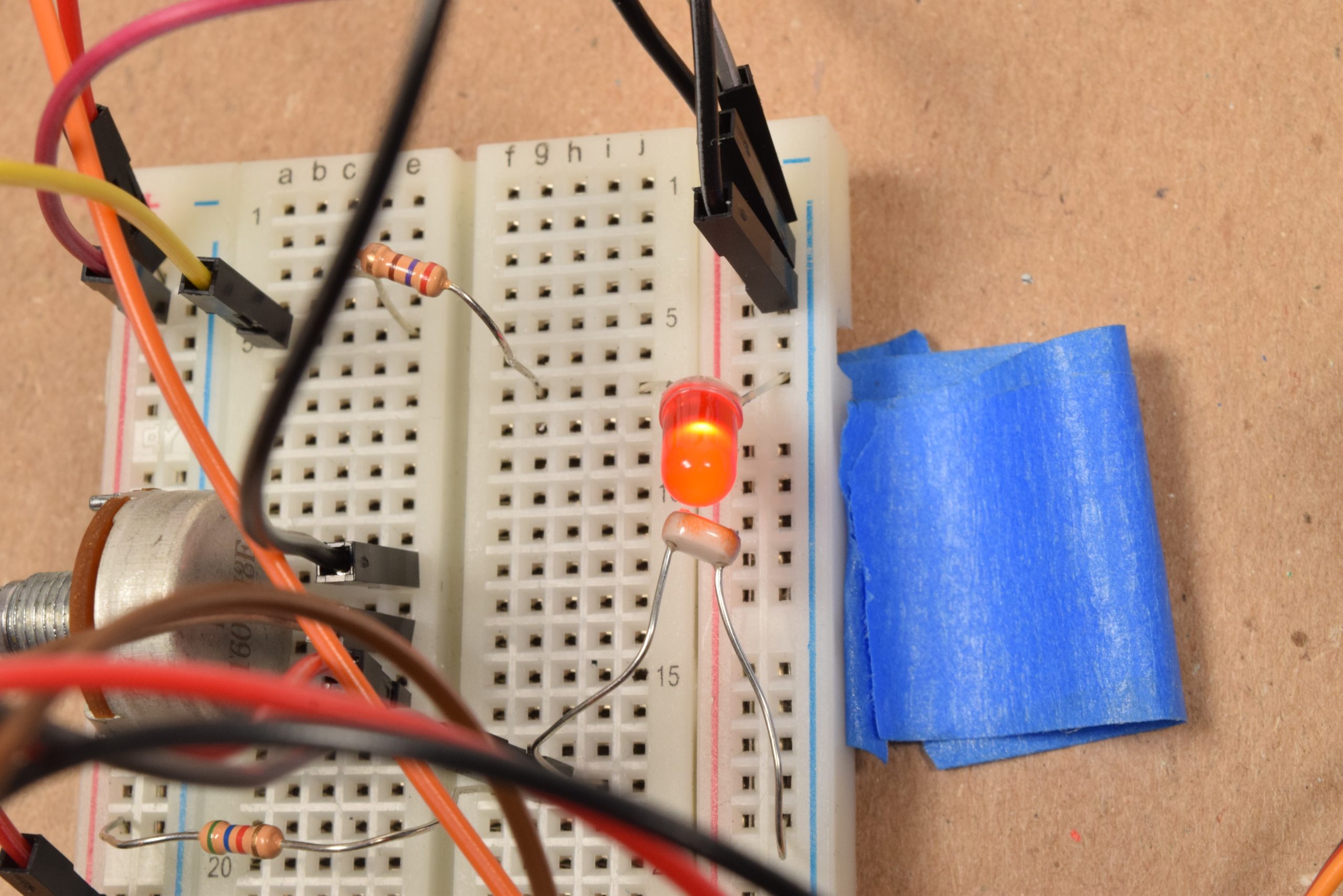 Faster rotational speed makes the LED brighter. The photoresistor detects the brightness to change the output. 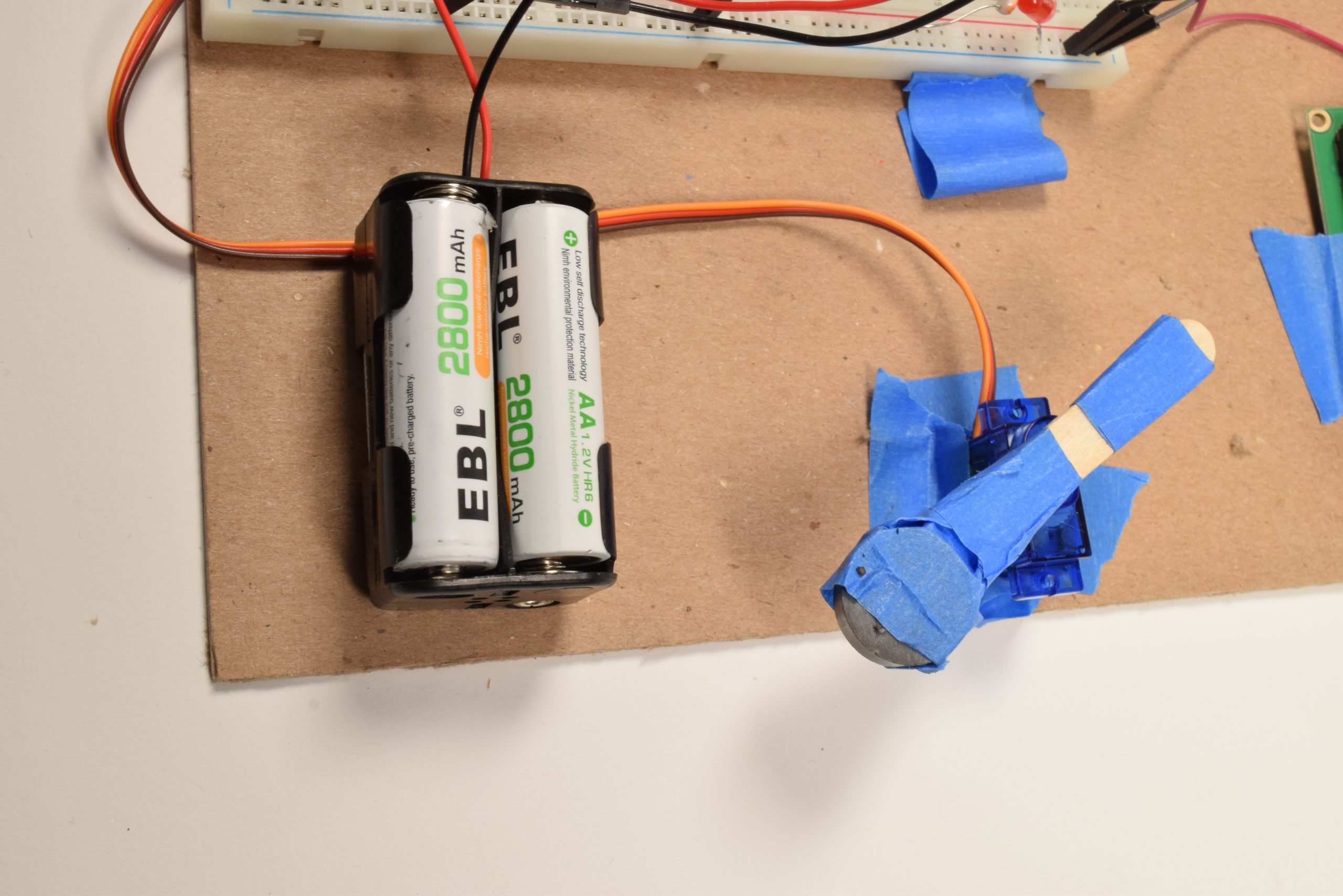 The IR proximity sensor reads the distance of a specific point of the rotating disk. If it takes less time to get closer to the sensor, the rotational speed is faster. When rotational speed is faster, the LED gets brighter. The photoresistor senses the brightness of the light. The brighter the light, the servo motor moves the magnet further away, which creates a stronger magnetic field. 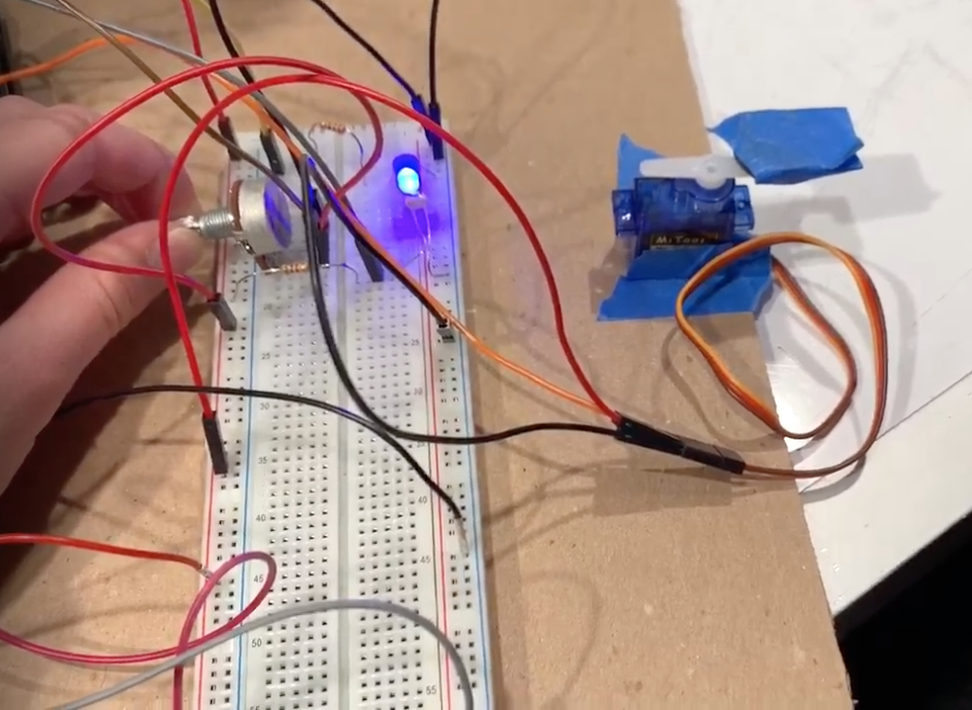 First, we used a potentiometer to test how the middle step, the LED and photoresistor, would affect the rotation of the servo motor. 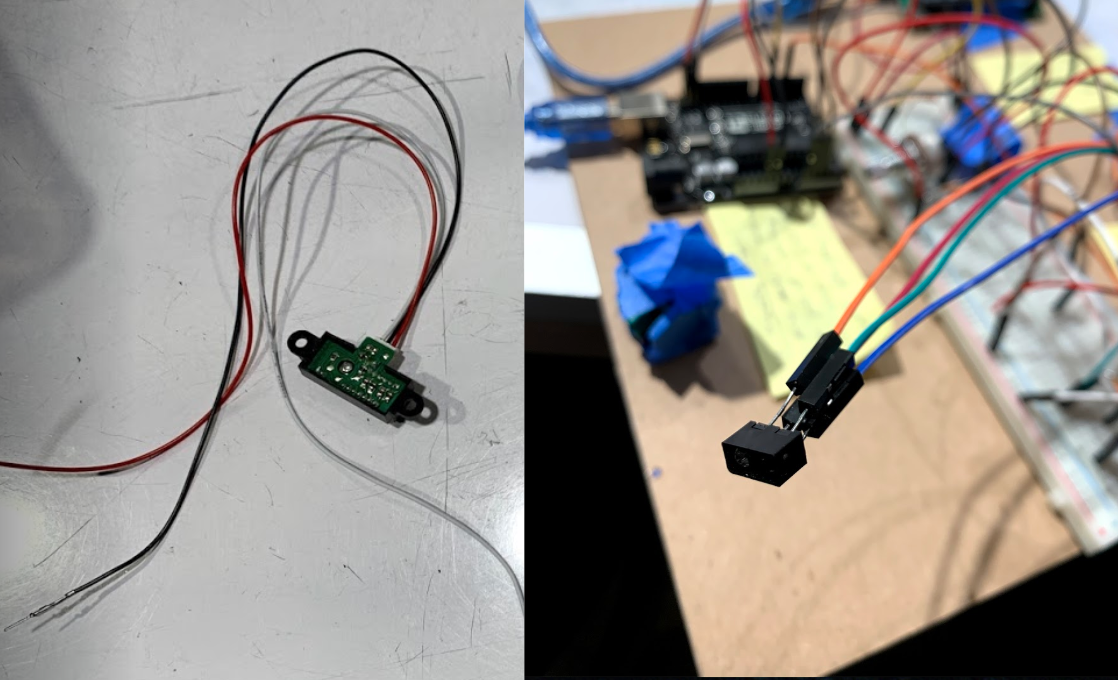 We switched to a smaller IR proximity sensor that detected more specific distances, because the larger one was meant for further distances. This was an important change in our project. 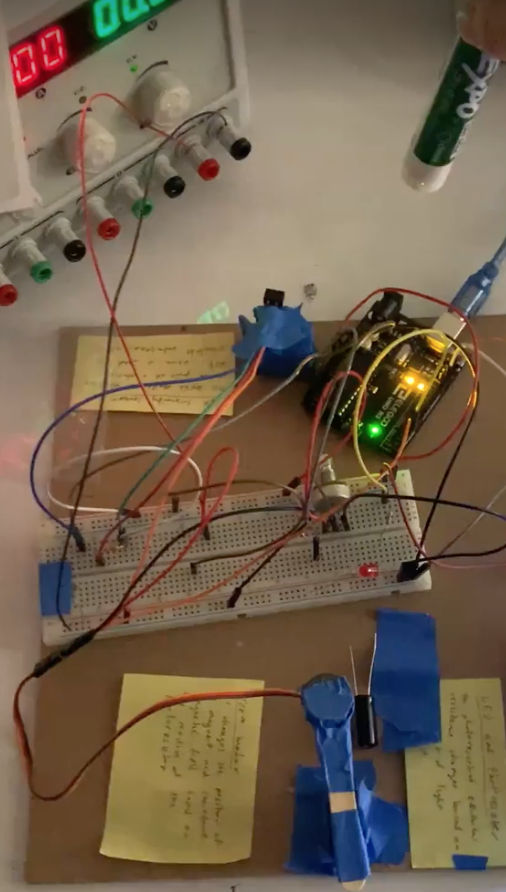 We attached an external battery to the servo motor to decrease electrical noise that affected the LED. This helped us reduce the flickering of the LED and the twitching of the motor.

Something that was difficult to figure out was how to use the IR proximity sensor to read rotational speed. We needed it to measure difference in the time when the stick got close to it at first and then close to it again. We wrote software to have the sensor read the time only the first time it gets approached, before spinning away and back again.

Another thing that was difficult was getting the servo motor to stop being really jittery. At first, we noticed that the LED light was flickering, which affected the motor, which in turn made the light flicker. We use an external power to power the servo motor to give it a steady supply of electricity, which stopped the LED from flickering.

We then realized that the noisy data that the photoresistor was picking up was causing the problem. We figured out through testing the range of the LED with analog write that there was a consistent pattern of spiking. We solved this problem by using moving average filter code from the course website. This tweak got rid of the majority of the twitching of the servo motor. 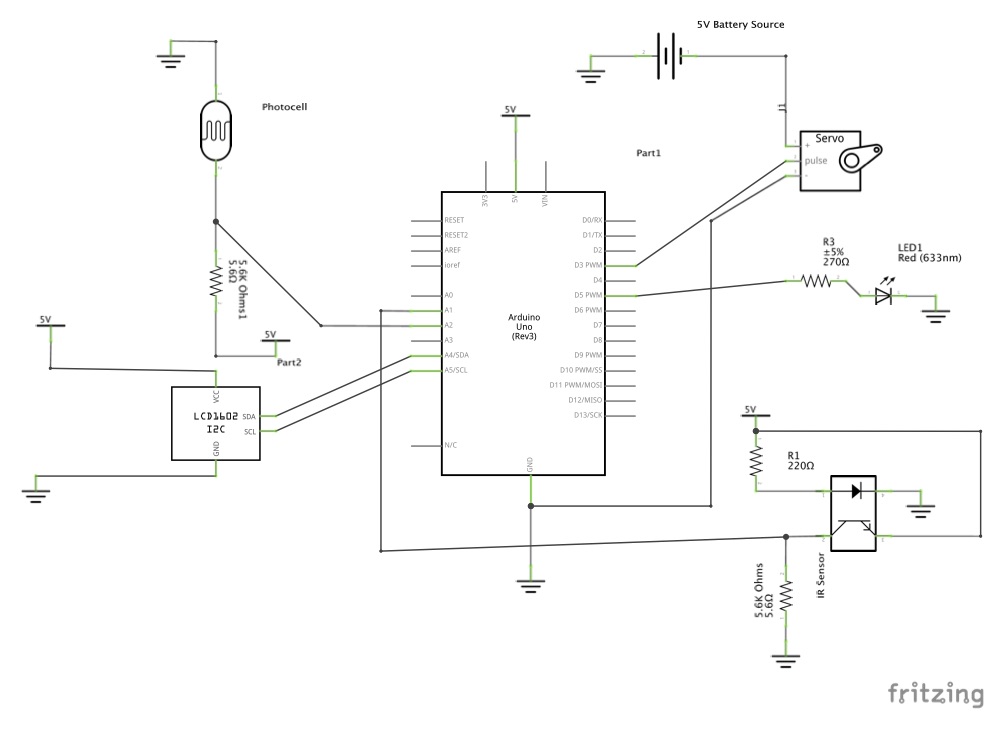