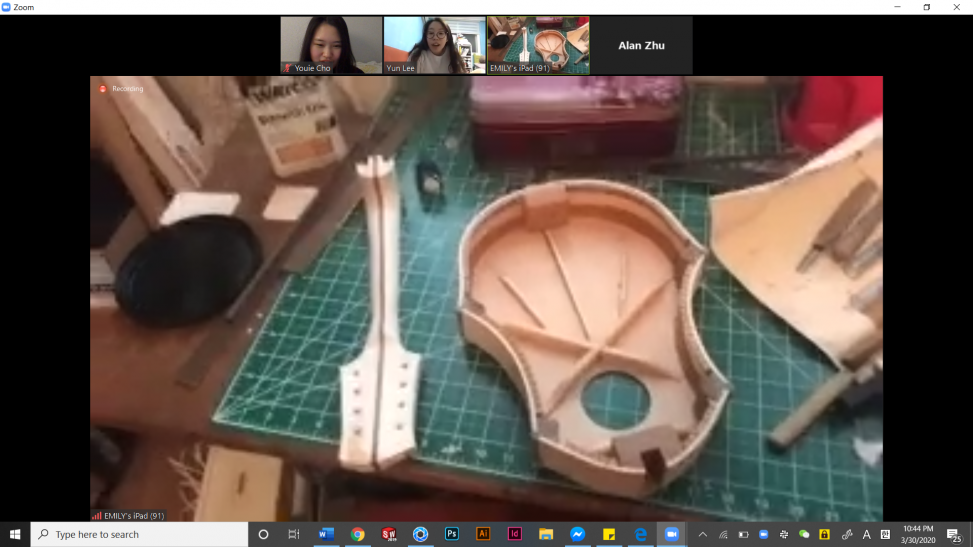 As a final project for Carnegie Mellon University Physical Computing(60-223) course, we work with one assigned Osher student (Emily) from CMU Osher Institute. Through multiple stages of interviews, ideations, discussion, and critiques, the goal of this project is to design a working prototype satisfying the specific needs of the Osher student.

We planned the interview in two parts: things she enjoys but could be better, and things that are challenging for her, and each in situations as an Osher student and daily situations. 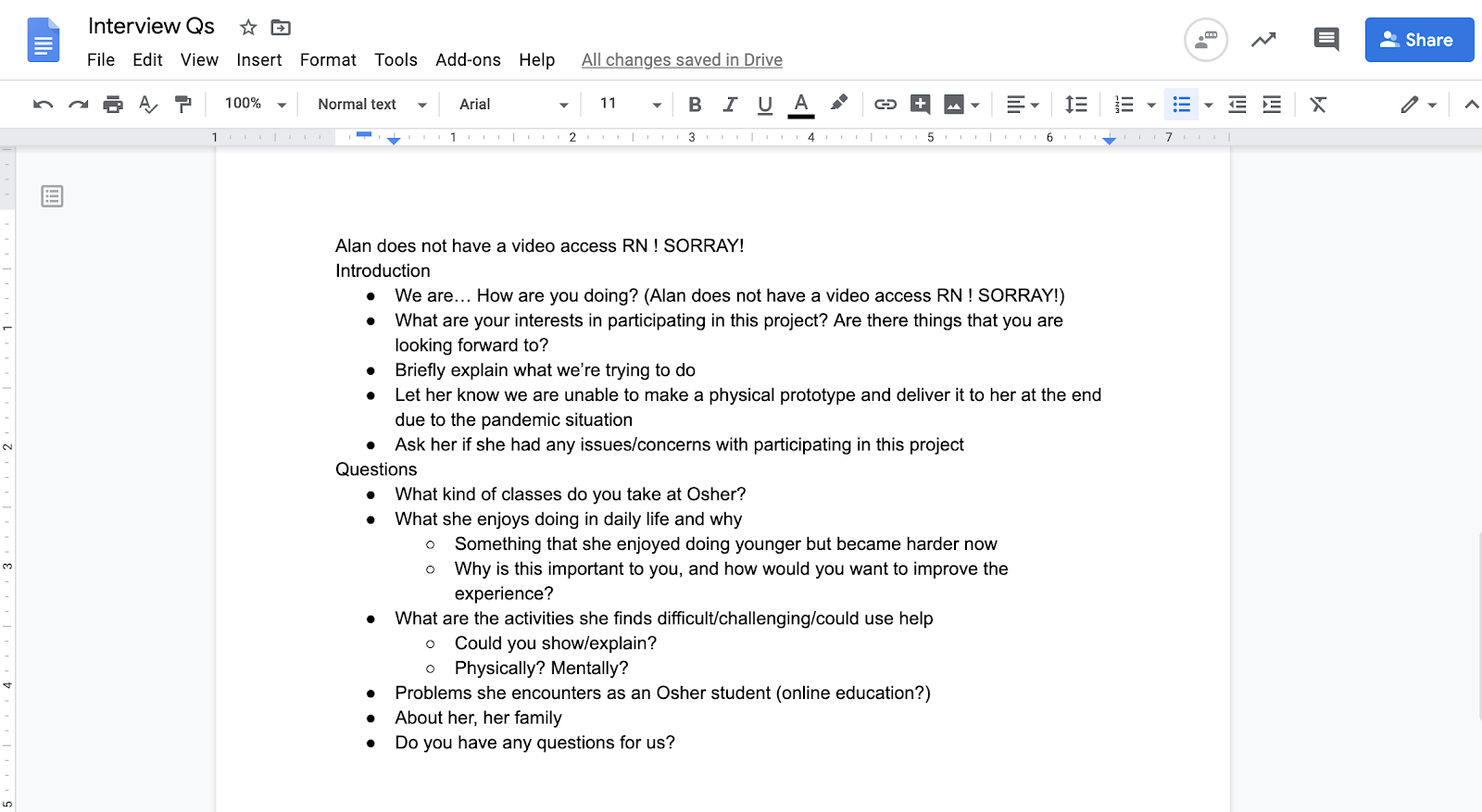 Our agenda on Google Doc

At first, we talked about this project and her past involvement with another group. She said that the group planned to make her a delivery box because she has a problem with people stealing her Amazon packages. She said that she did not have the final product, which is quite unfortunate. We noted that people stealing her package could be a potential problem we can work on.

We also talked about things she likes to do. She said that she enjoys making mandolins. We initially thought that she meant playing mandolins, but then she showed us around her house which has multiple mandolins, and several wooden models which she explained to be in the process of making them. She said that making a mandolin takes several months. We are very very impressed. We asked if there is any problem or if there is some aspect she could use some help, she said that her eyes are not very good so some parts that require precision such as cutting the groove is difficult. We noted this as a potential problem to work on. 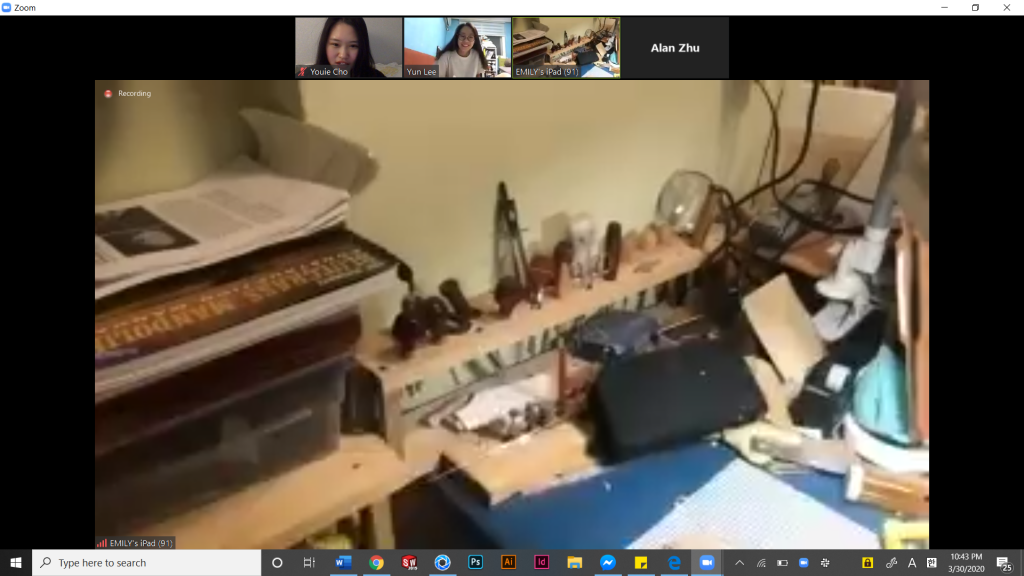 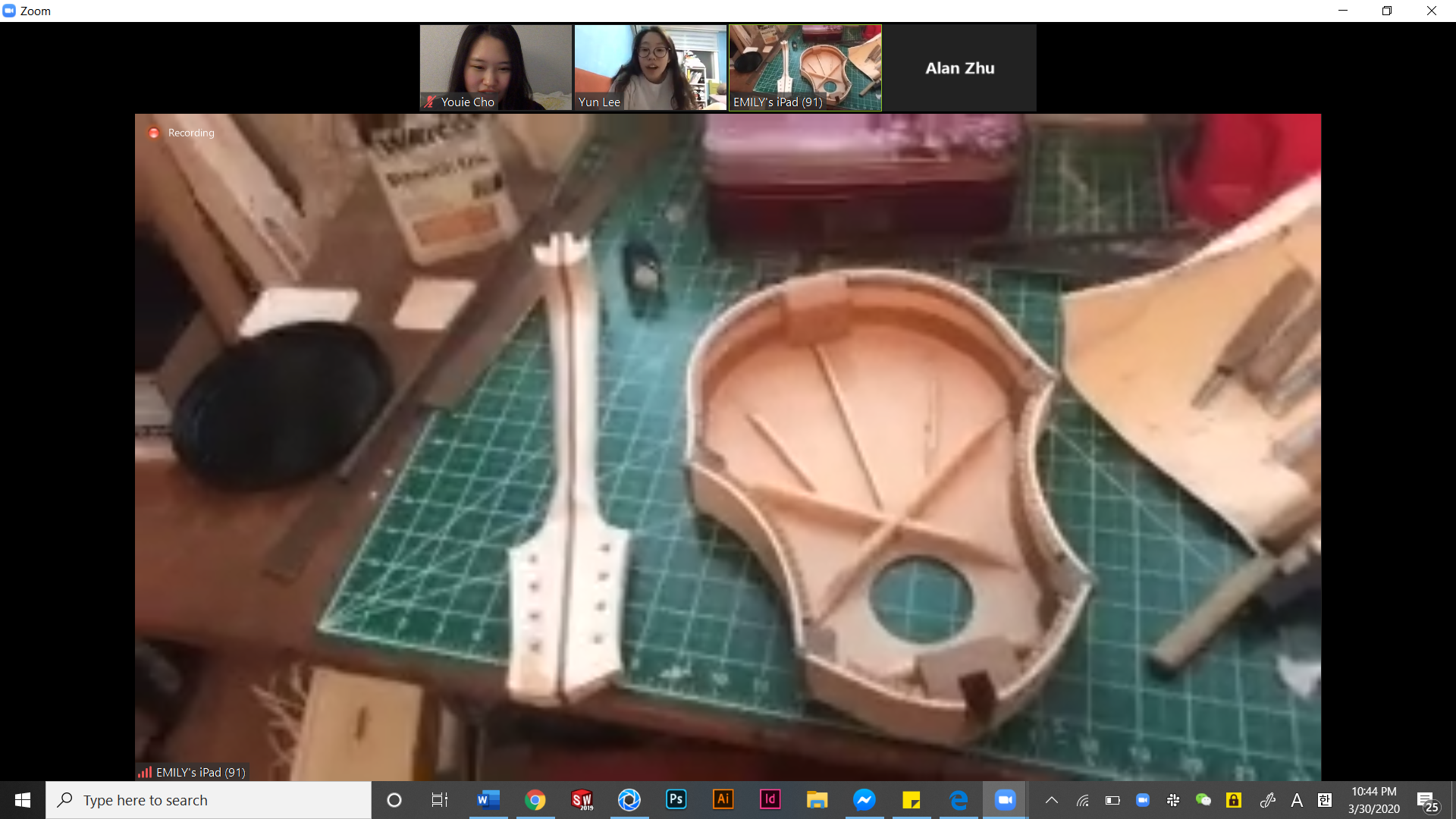 A mandolin Emily is working on

Another thing she likes to do is gardening, and she said that because of the pandemic she is planting more vegetables. A difficulty is that she has back pain, especially when bending down and getting up, doing activities such as picking weeds is quite painful for her. We noted making something so she does not have to bend down as another potential problem to work on.

Following the talk about the coronavirus pandemic, she said that she gets groceries delivered to her, and her son who lives with her right now picks them up for her. She said that she is among the high risk people for the virus, so she has to be extra careful. We noted the grocery delivery/pickup problem as a potential problem to work on.

Finally, we asked her if she had anything in mind that she wants us to work on. She said that her house has a mouse problem, and she wanted us to make her a mouse detector (not a mousetrap) for her. She said that the mouse only runs around the corners of her house, and her son has a cat so she doesn’t need the mouse detector to kill the mouse, but just notify her and she could ask her son to bring his cat down. We noted this as a problem we can work on.

Overall, our interview was fun and effective, and Emily was great to talk to. She was excited to take part in the project, and she kindly answered all the questions that we asked her. We could generally follow our agenda, except that some points we wanted to directly ask came out more naturally from Emilly as we talked. Before we had to ask her about what kind of activities she does, and what the problems are in regards to doing those activities, she showed around the house and introduced various activities that she likes to do. We could continue our interview based on these activities.

Another thing was that we were expecting her to have some issues regarding her life as a student at Osher, especially in regards to the current online class situation, but she was not really taking classes at the moment, and she talked more about her daily life in general. This was fine, although it was different from what we had expected.

If we were to do this interview again next time, we would probably ask her to show specific areas that are relevant to the topics we want to especially investigate. As we are leaning towards the mouse detector idea, we are thinking that we will need a better sense of what the floor plan is like, and how we would install something at her house, but we can figure this out by talking to her again later.