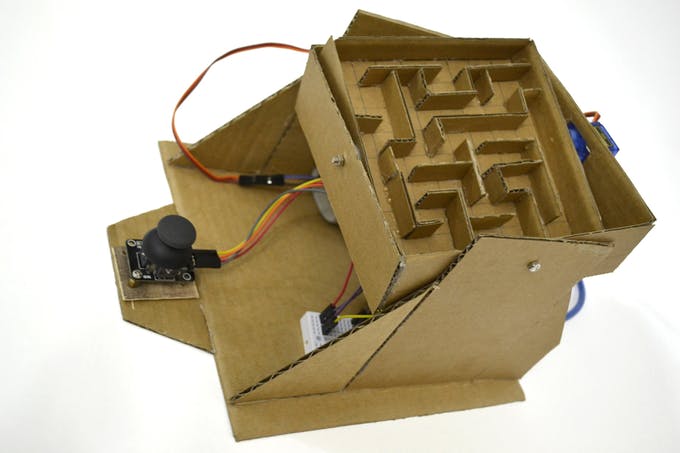 Description: The Arduino Marble Maze Labyrinth consists of a cardboard box with a maze with holes. The Labyrinth is controlled by a  joystick that determines the tilting of the box. People can also design and build their own mazes as well. The goal of the game is to tilt the maze to guide the marble to the end of the maze without the marble falling into the holes. 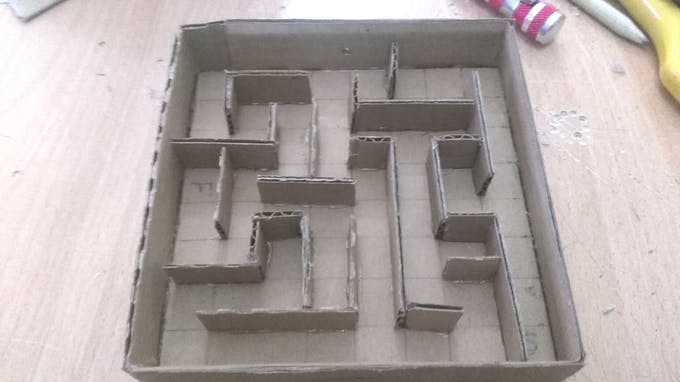 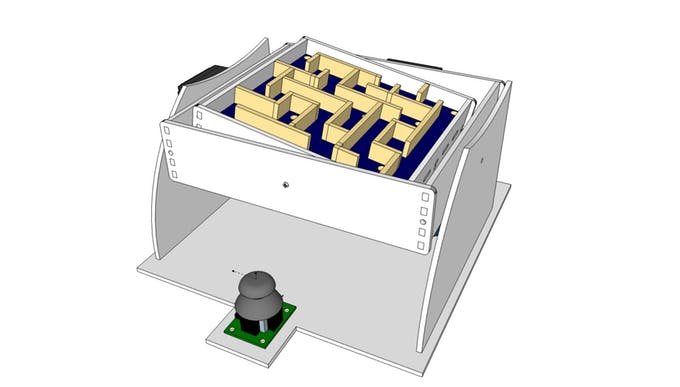 Design of the Labyrinth

Response: I think this project is very interesting because it renovates the game of Labyrinth by introducing a controller. It makes the game more difficult and fun. When nowadays young kids are exposed to video games at an early age, it is important to show them that physical and interactive games can also be fun.

If I were designing the game, I would add more mechanisms to make it more fun.  For example, I would add sensors to the holes and the end of the maze so when the player wins or loses, some tones are played. I would also add a clock to indicate the time remaining before the box would randomly punch holes on the maze.