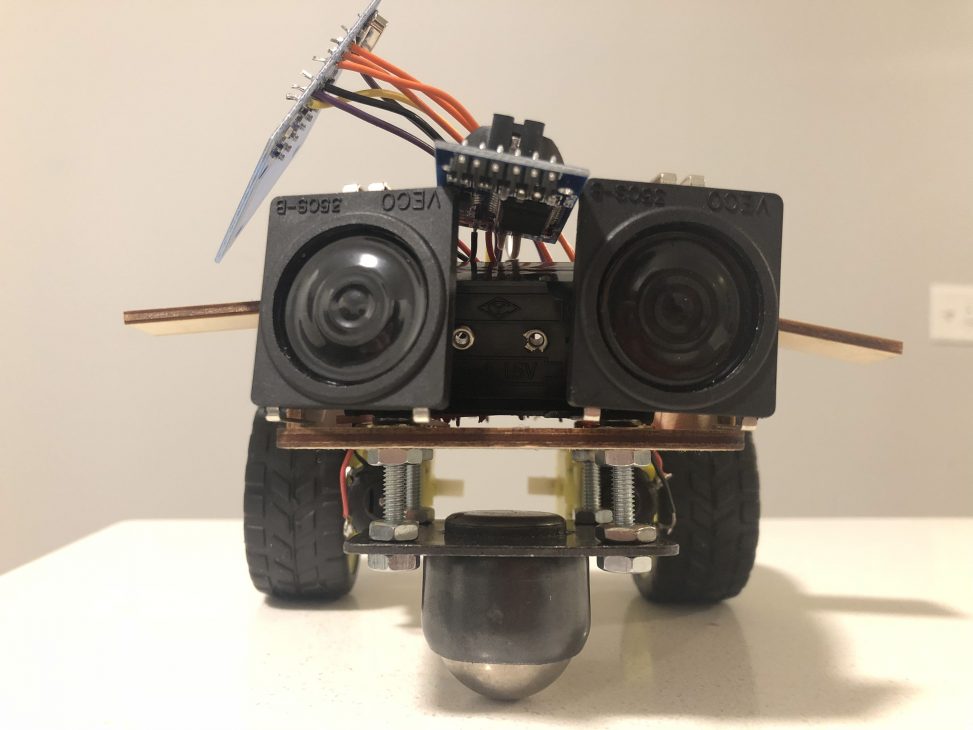 At two preset time, the alarm robot wanders around randomly and repeats a melody  until it is placed next to the RFID  cards in bathroom or on bed.

This shows a closer look at the working device. When the appropriate RFID card is presented, the device stops moving and playing melody. 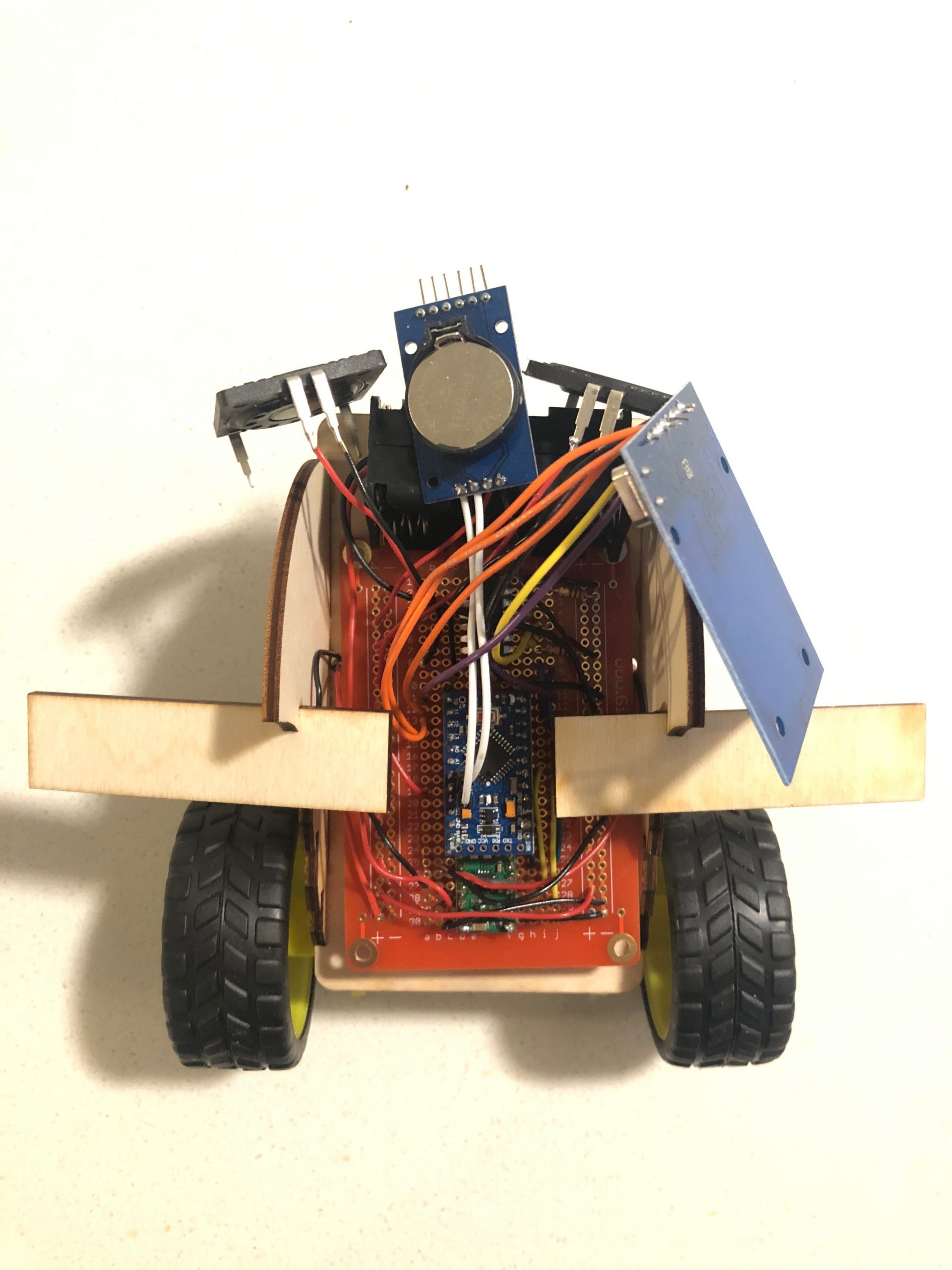 The top view of the device. 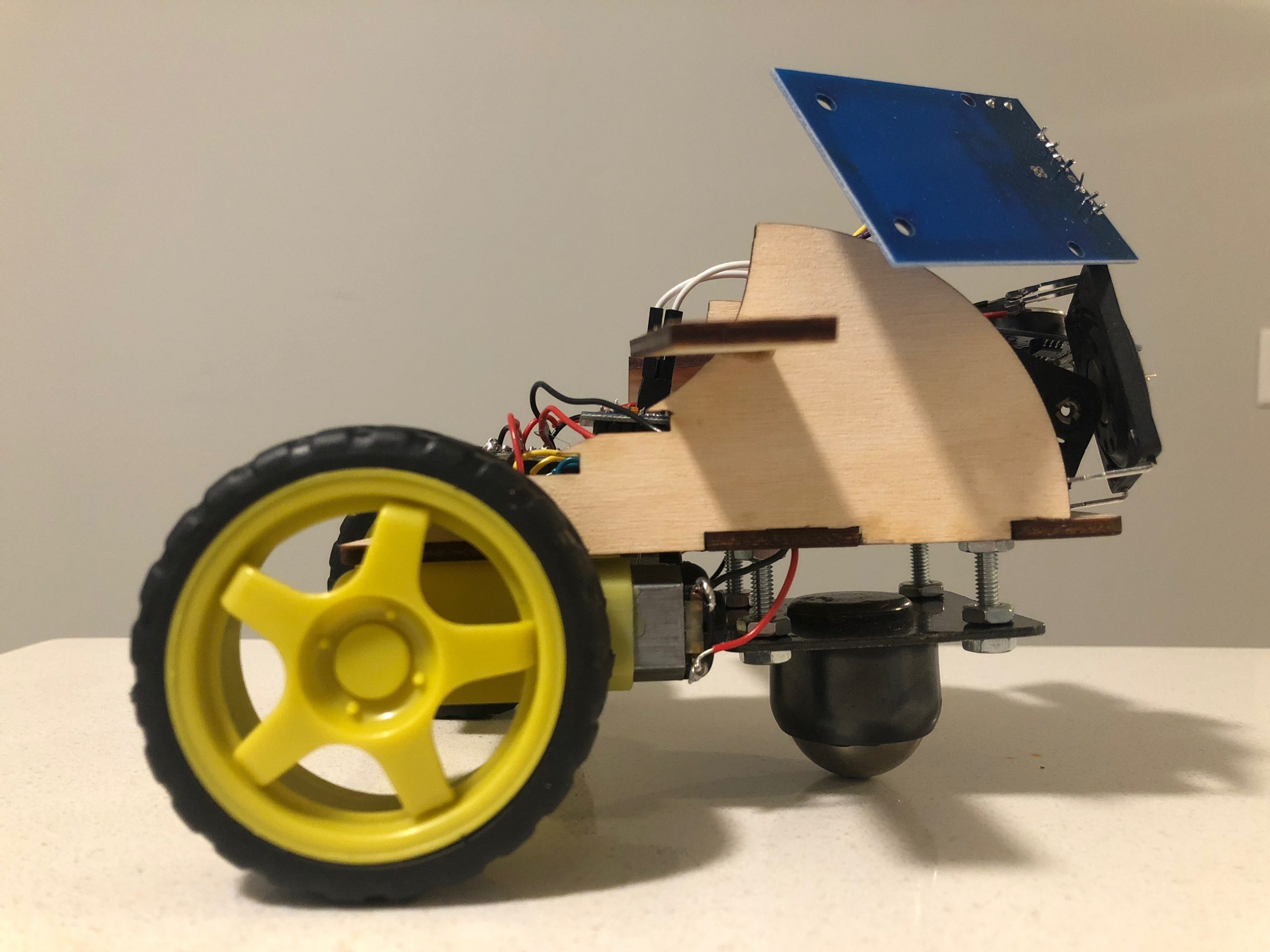 The elevation view of the device. The RFID reader sticks out so that it can get closer to the RFID card when it is reading. 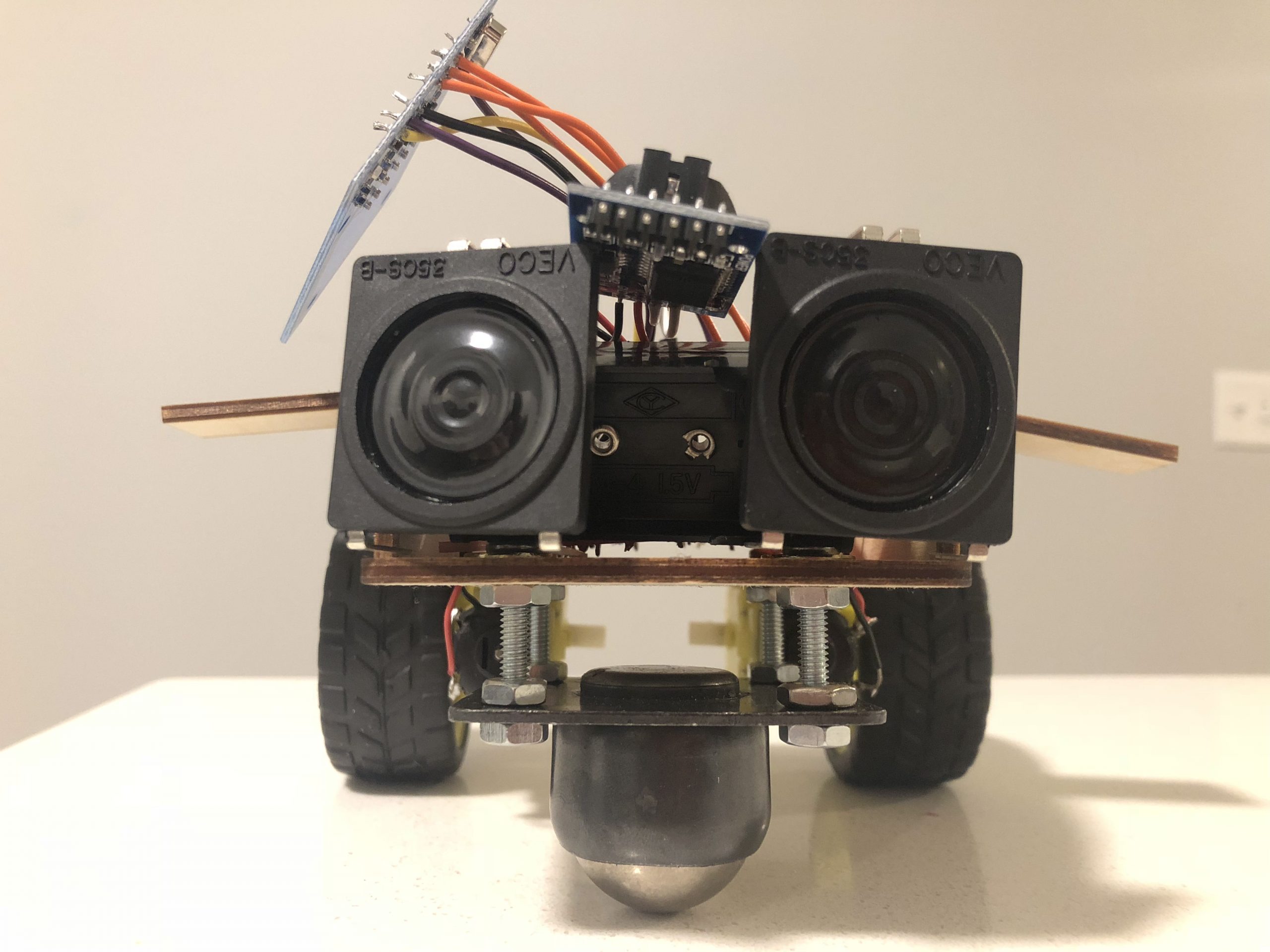 The front view of the device. The parts are arranged in a way to mimic the “face” of a robot, with the speakers being the “eyes” and the batteries case being the “nose”.

I have the problem of procrastinating when it comes to going to sleep. When I am busy during the week, I tend to stay up late working. When I am not as busy, I still go to bed late by watching all kinds of contends. Moreover, I tend to take shower right before I go to bed, which makes the bed time even latter.  I tried to set alarm on my phone to remind myself the time for shower and sleep, but it does not work well as I usually just stop the alarm.  Therefore, I wanted to build an assistive device that really grabs my attention and bring me to physical places at appropriate time. 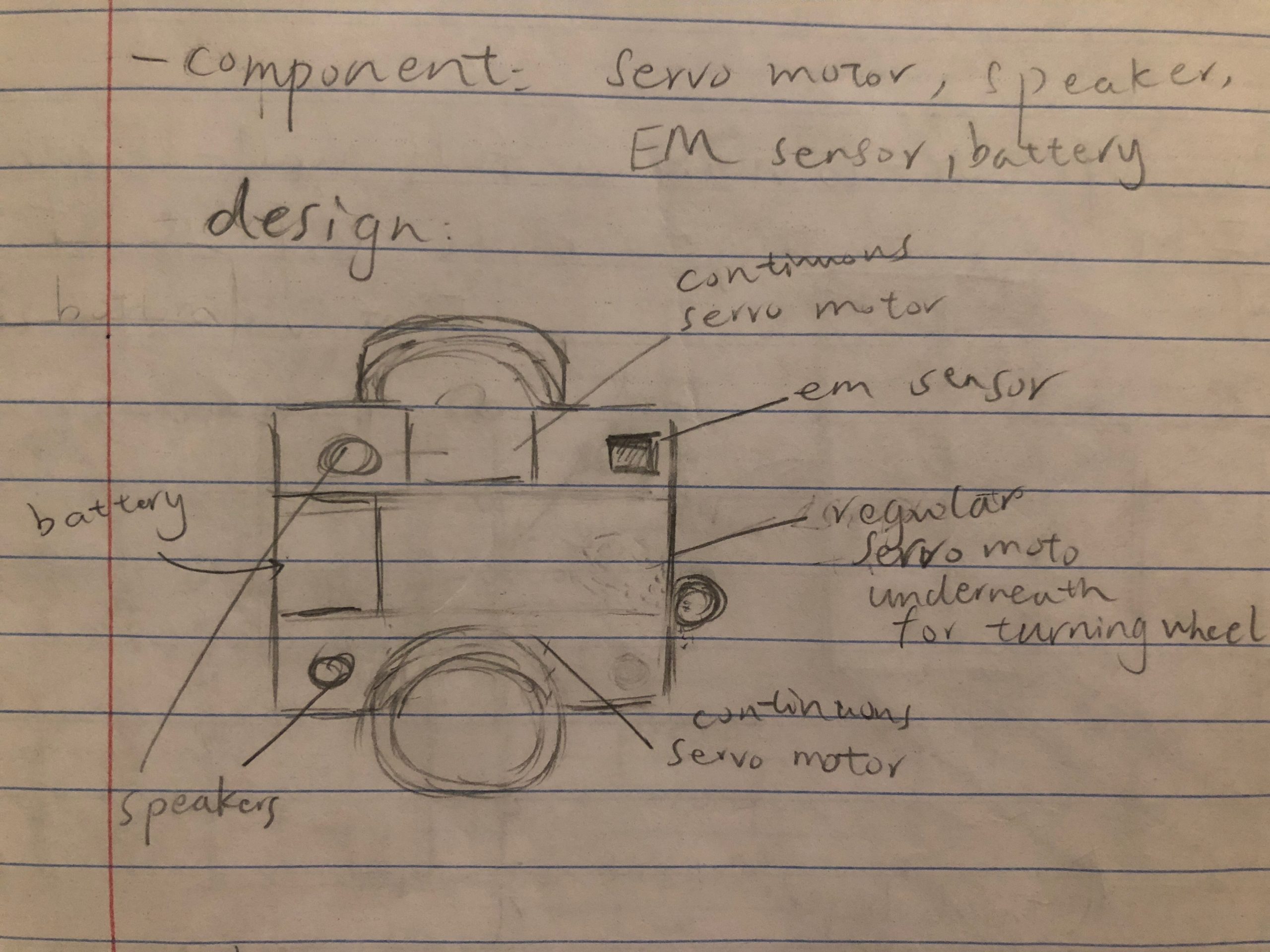 The original design from the first ideating. 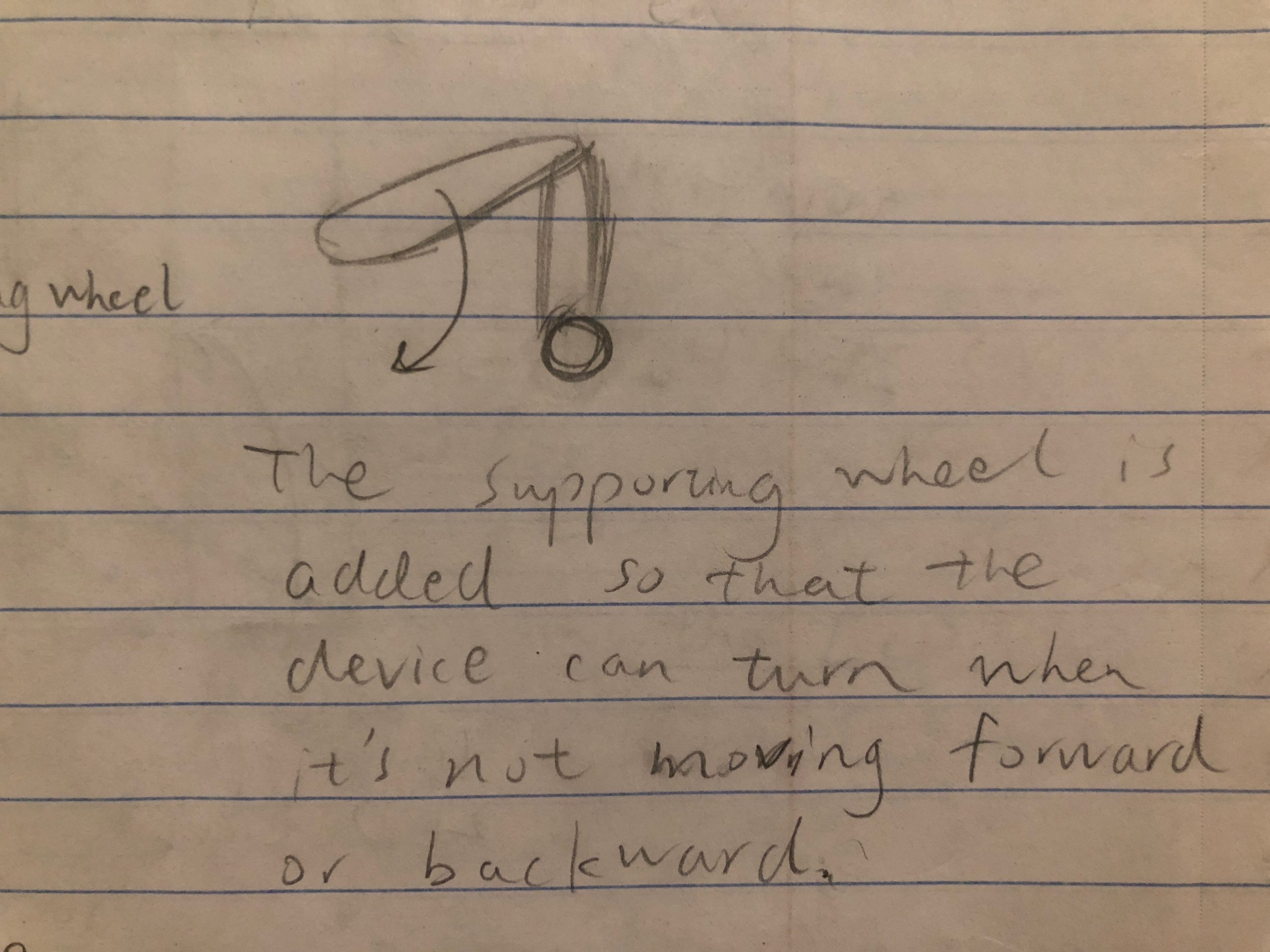 The original design of the supporting wheel.

During prototyping, I changed the continuous servo motors to DC motors because they supply much more power. I also realized that it is very difficult to attach a wheel to the servo motor, and it is much easier to use a  ball roller transfer as a supporting wheel. I was lucky enough to find a ball roller transfer that has the height similar to the radius of a toy tire, which the base of the device can sit on. 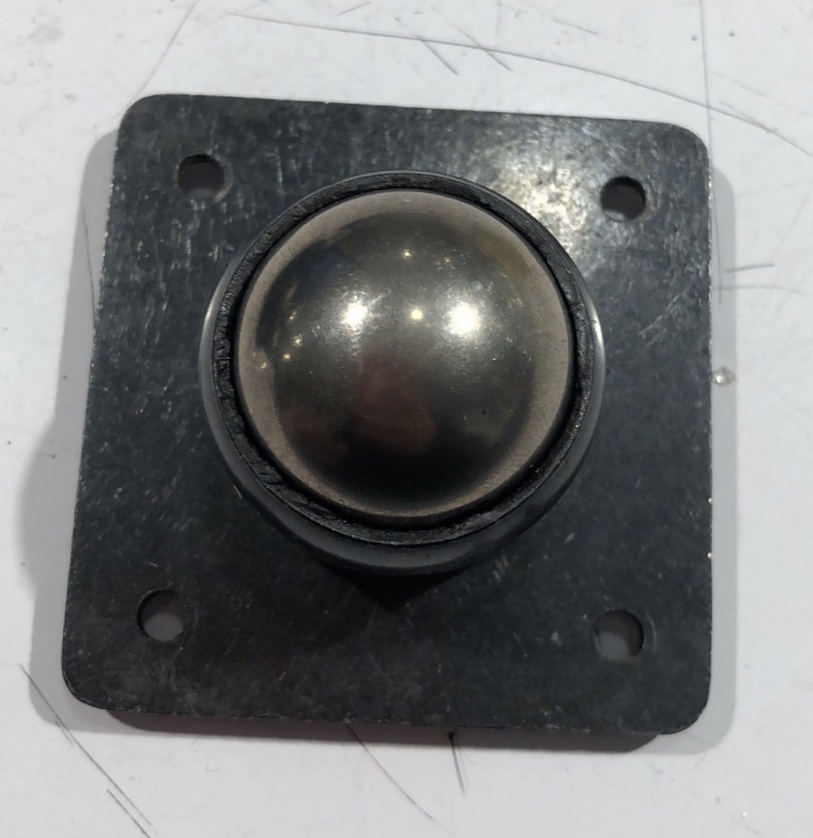 Then I went on to build the circuit on a breadboard. The wiring part is not bad because there are resources on the course website or online that are helpful. 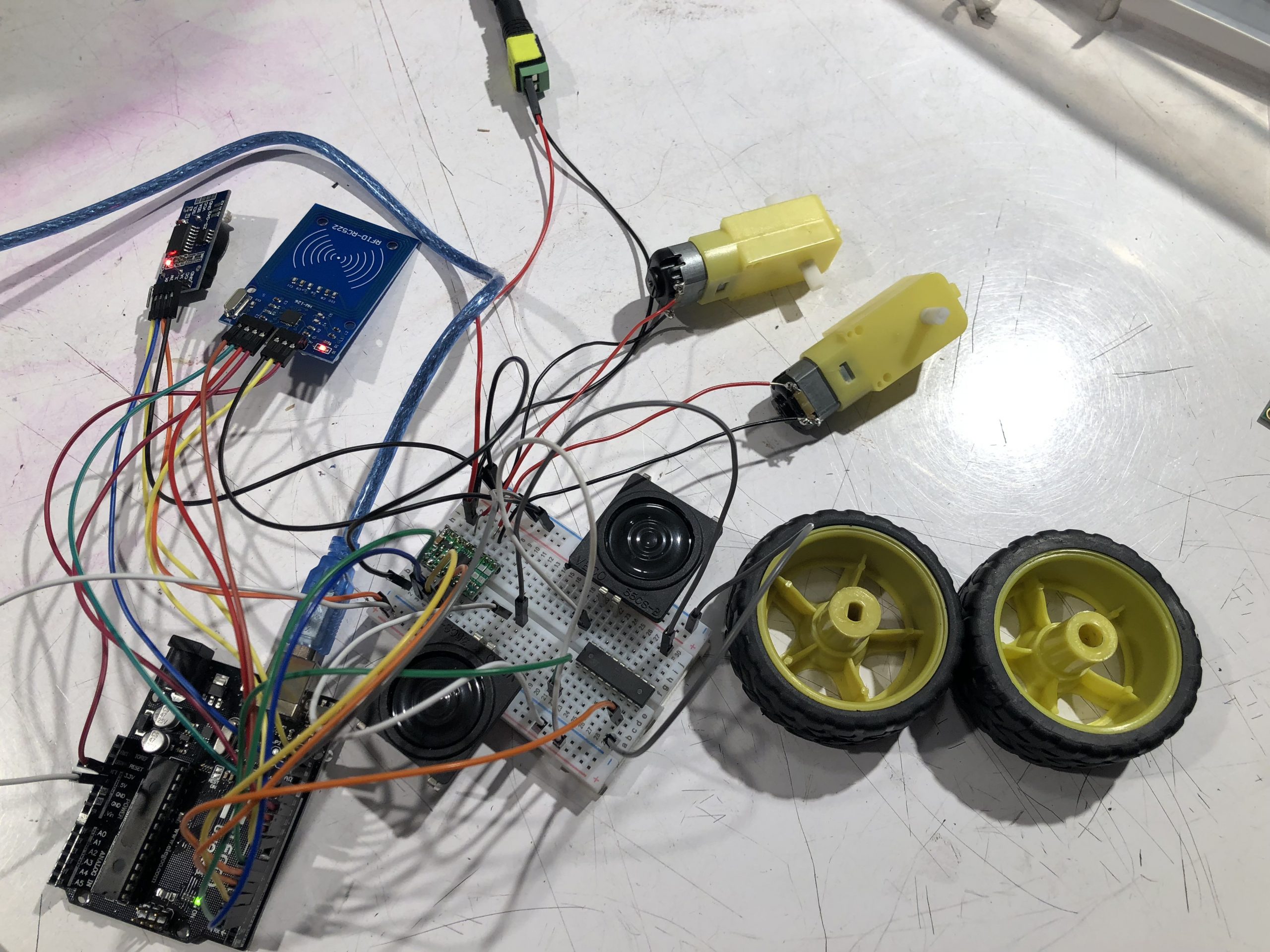 The circuit of the engineering prototype.

However, I had some trouble writing codes for parts that I was not familiar with. For example, I had to learn how to use the library for the RFID reader MFRC522  to write functions that check whether the unique “ID” of the RFID card is the one of the card in the bathroom or on the bed. However, I had the most trouble figuring out how to make the motors and speakers perform two different sequences of actions spontaneously. Then I realized I can solve it by using the blink-without-block tactic. But instead of modifying boolean variables, I have to make a “time map” and assign tasks to the parts in each time interval. However, this is not the best approach when the sequence of actions and hence the time map become long. I will introduce another approach in latter section. 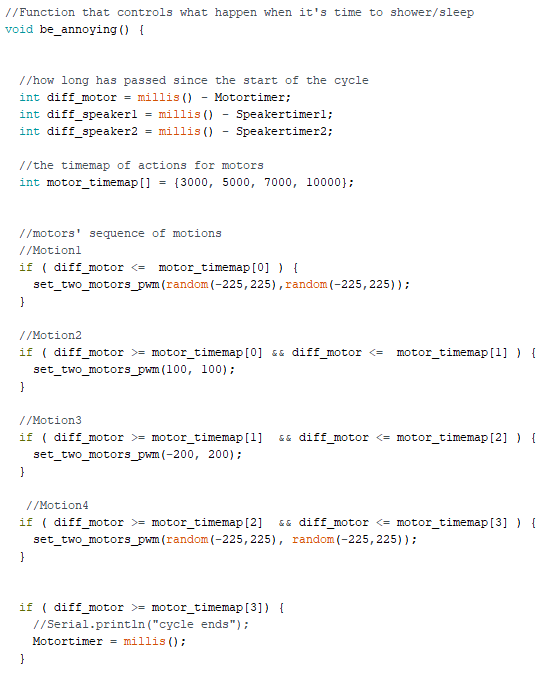 In the function be_annoying, the timer diff_motor and the motor_timemap checks determine which motion to perform.

Because the circuit of the prototype is very messy and clumpy, I decided to solder the wires and components onto a circuit board so that they can fit onto a small robot car. It turned out to be a very time-consuming process but it makes the circuit clear, strong, and secure. 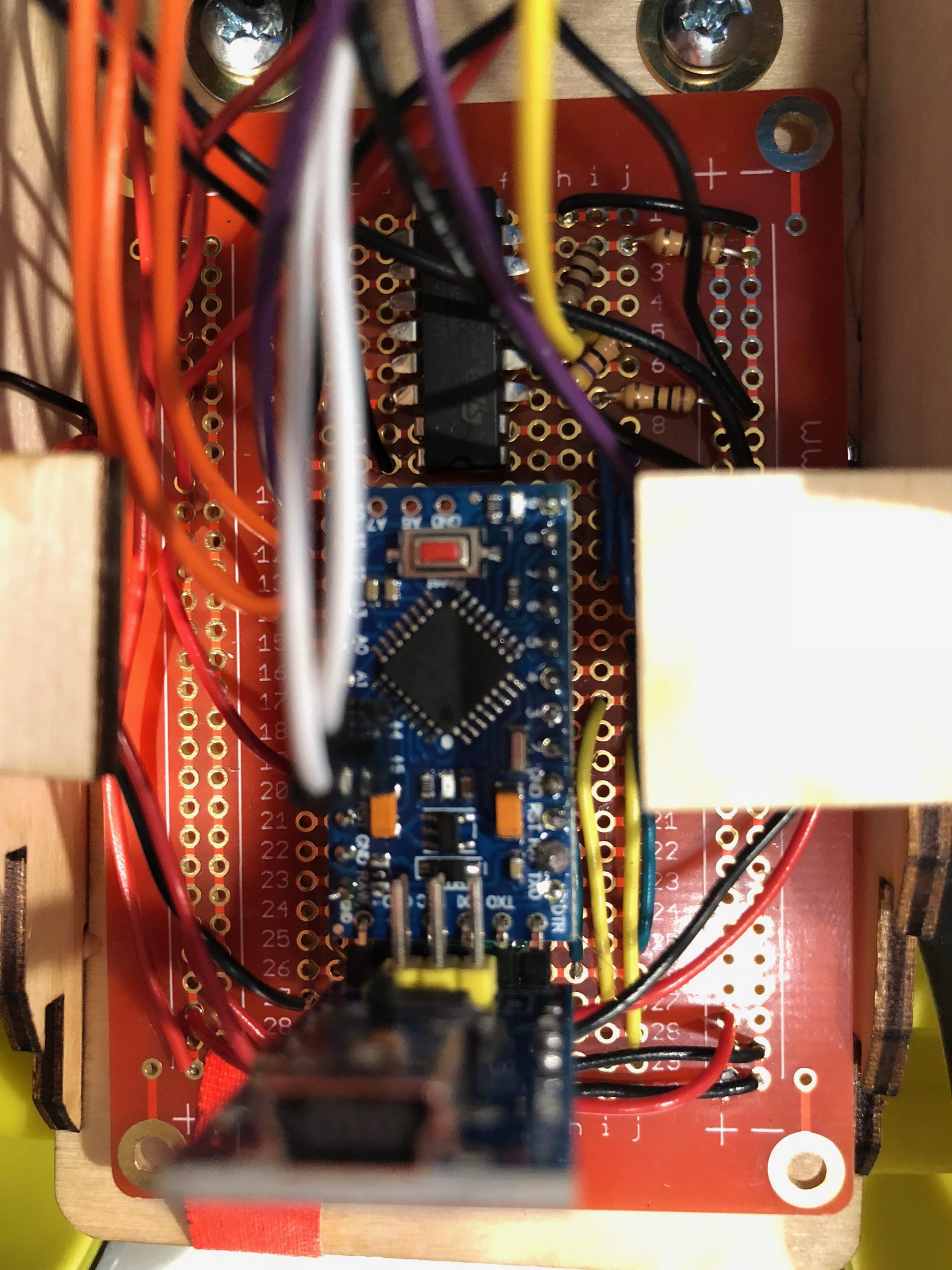 The wires and parts are all soldered onto the circuit board. To make more room from the board, I have cut the legs of the transistor on top.

I then redesign the body of the robot to fit the dimension of the circuit board and the parts.  The front part of the vehicle is not covered up so that the speakers and the RFID reader to extend out for better performance. The circuit is covered by the “shields” that insert into the groves on the side boards.  The idea of the “shields” are inspired by the design of the back of some Lamborghini. 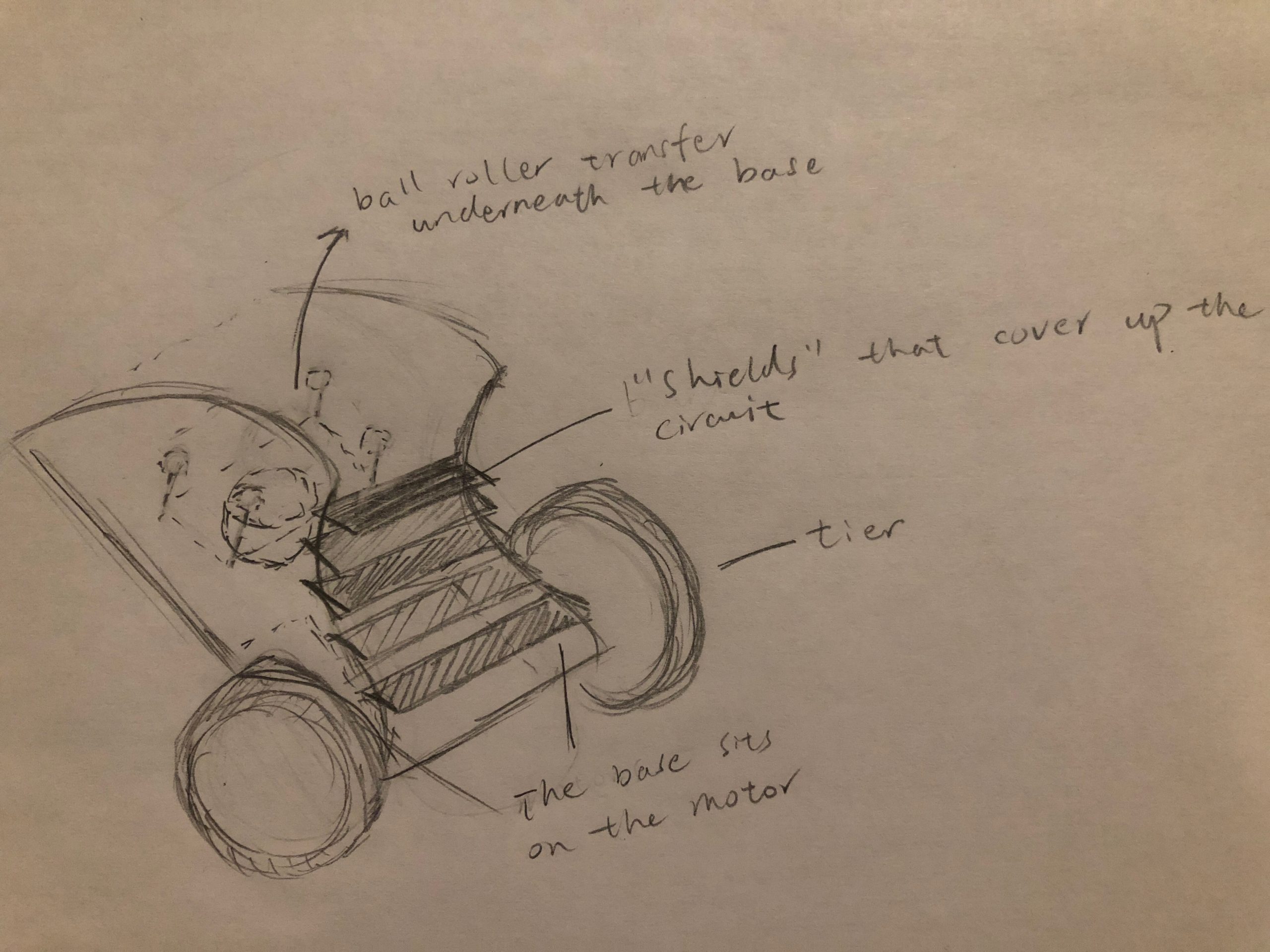 Refined design of the body of the robot. 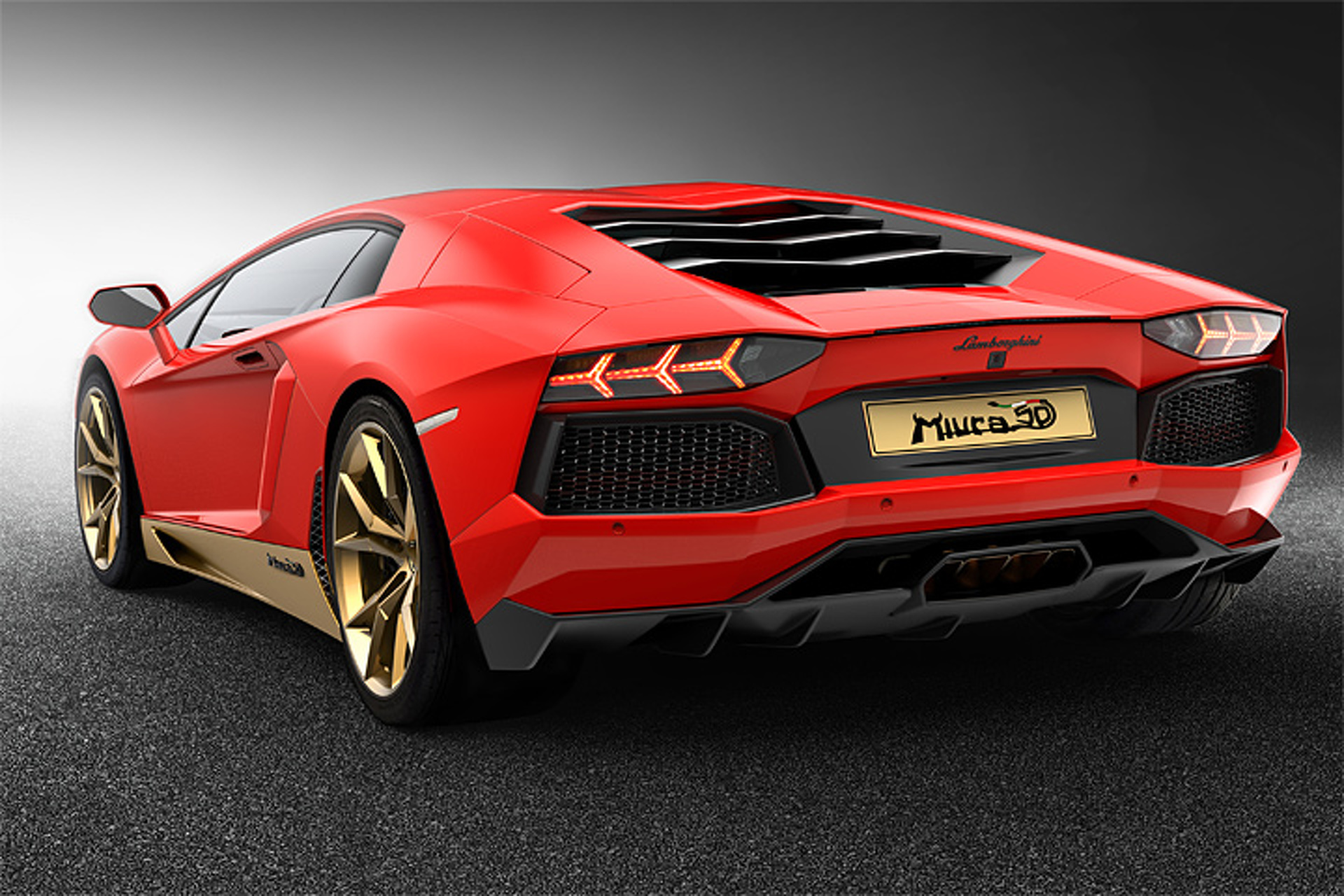 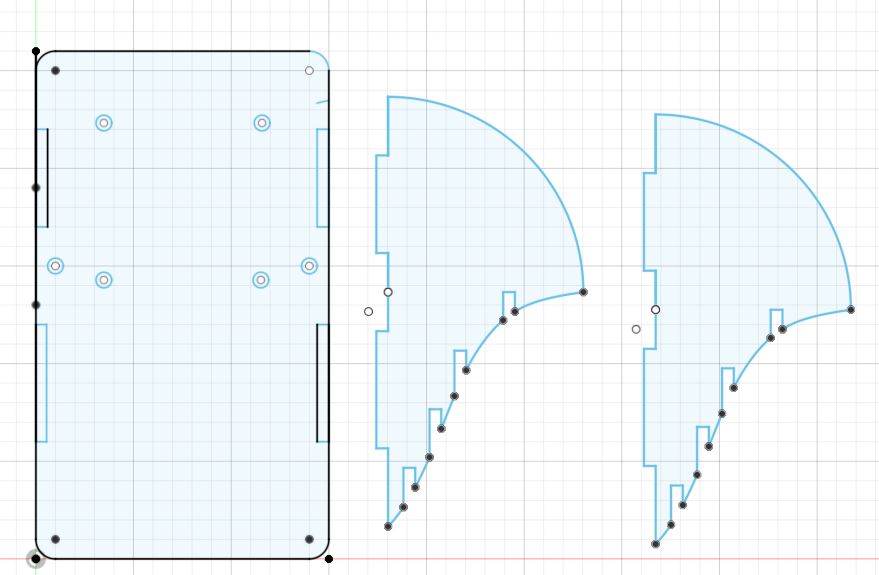 The sketch of the components. Notice that the grooves on the curved side of the right components are for the shields.

Unfortunately, the “shields” could not be used because the height of the Arduino pro mini is taller than expected due to the soldering on the circuit board. In other words, the soldering tips at the back of the circuit board raise the components up, which get into the way of the shields. Unfortunately, because I was not able to use the laser cutter again before the final critique, I had to abandon the idea and decided to make a pair of wings instead. As a result, the device has a raw look without enclosure.

Finally, the device was built by gluing the parts together and mounting the ball roller transfer onto the base with screws and nuts.

Because the device was too annoying when the speakers only vibrate constantly to make loud noises, I decided to play a song instead. With two speakers, I can play two melodies at the same time.

The lists of notes and the lists of beats. Each note corresponds to a specific frequency for the tone() function.

With a list of notes and a list of beats, the speaker can go through the melody using the blink-without-block technique. However, because there are substantial notes and beats,  I could not use “if” anymore as it gets too tedious. As a result, a loop was written to generate the time-map by looping through the list of beat and add the previous beats up.

The loop that generate the time map for speaker 1.

Finally, a global variable “counter” determines which note to play and what beat it has. 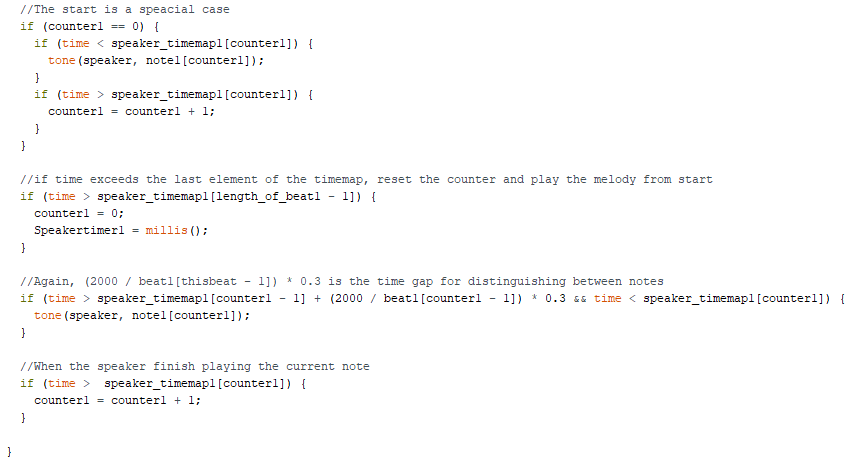 The code that tells the speaker what note to play and how long to play it.

One of the feedback suggested to build “a cover” to hide the device’s components while another suggested putting “a shell” and bunch of screws” around the battery .  I really like these feedback because I will have a less chance to hack the system when I am not aware of the circuit and the batteries are difficult to remove. Instead of removing the batteries, now the only option to make the machine stop is to to the designated physical place to get the RFID card. As a result, the device can better serve the original purpose of making me take shower or go to sleep.

There are also feedback about “adding a flash light” and adding an interface for “adjustable time for the alarm”. With a flashlight, the robot car can grab more attention, especially at night. And with an interface to adjust the time, the device can be more user-friendly and convenient to use. Therefore, I think those are great feedback and potential improvement to the device.

Self Critique  and What I have learnt

I am pleased about the function that the device can perform. All the parts, including the RFID reader and the motors, work better than I expected. As a result, the device can perfectly perform its intended job. However, I am not satisfied about the design of the final product. As mentioned before, the robot looks rather raw without cover and the wires of the parts still look kind of messy.

One of the biggest lesson I learnt is that I have to make a clear schedule before starting the project. In this project, I only have a rough schedule my mind and as I spent more and more time on the technical issues, I had to push back the task of designing until the very end. And it is a very bad idea to push anything to the very end. Instead, I should have a schedule that assigns equal time to technical and designing tasks. Moreover, if there is a technical problem that is very time consuming, I should stick to the schedule and move on. If I have more time, I can come back to the problem and finish the feature. I also learnt that it is challenging to write code for arduino if I am not familiar with the language of C. But it is also not too bad because there are many references that I can rely on.

If I was to build another iteration, I would design a cover for the robot that the speakers and  RFID reader are fixed at the surface. I would use a USB power bank instead of batteries to power the robot so that enough current would be supplied. I would use the design of the “shield” to cover up the components. I would add a LCD and a rotating switch to make an user interface for adjusting time, changing the color of the flashlight, and changing songs. 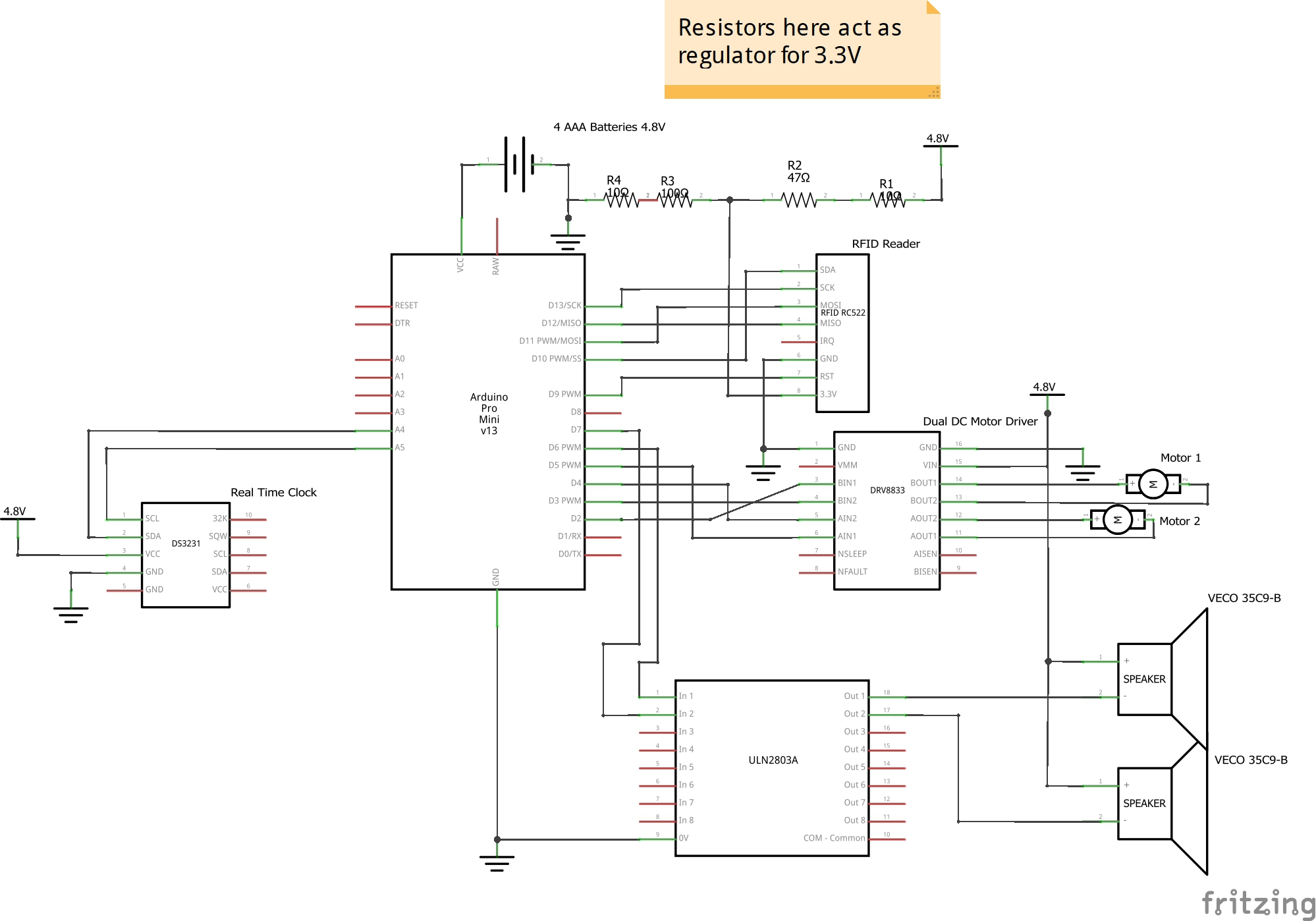