A servo-activated alarm clock that instantly wakes you up by spraying water. 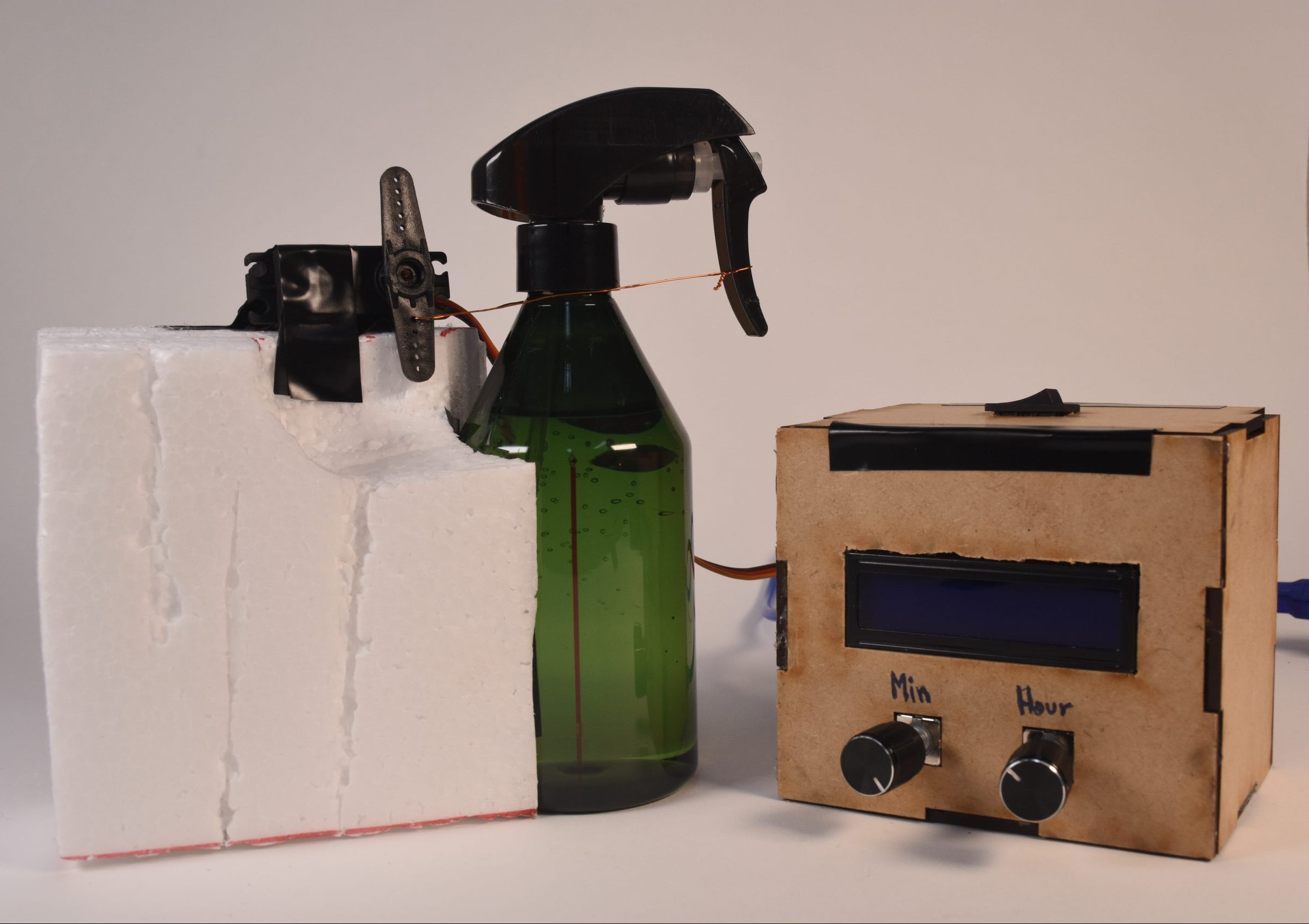 Close up shot of the alarm clock 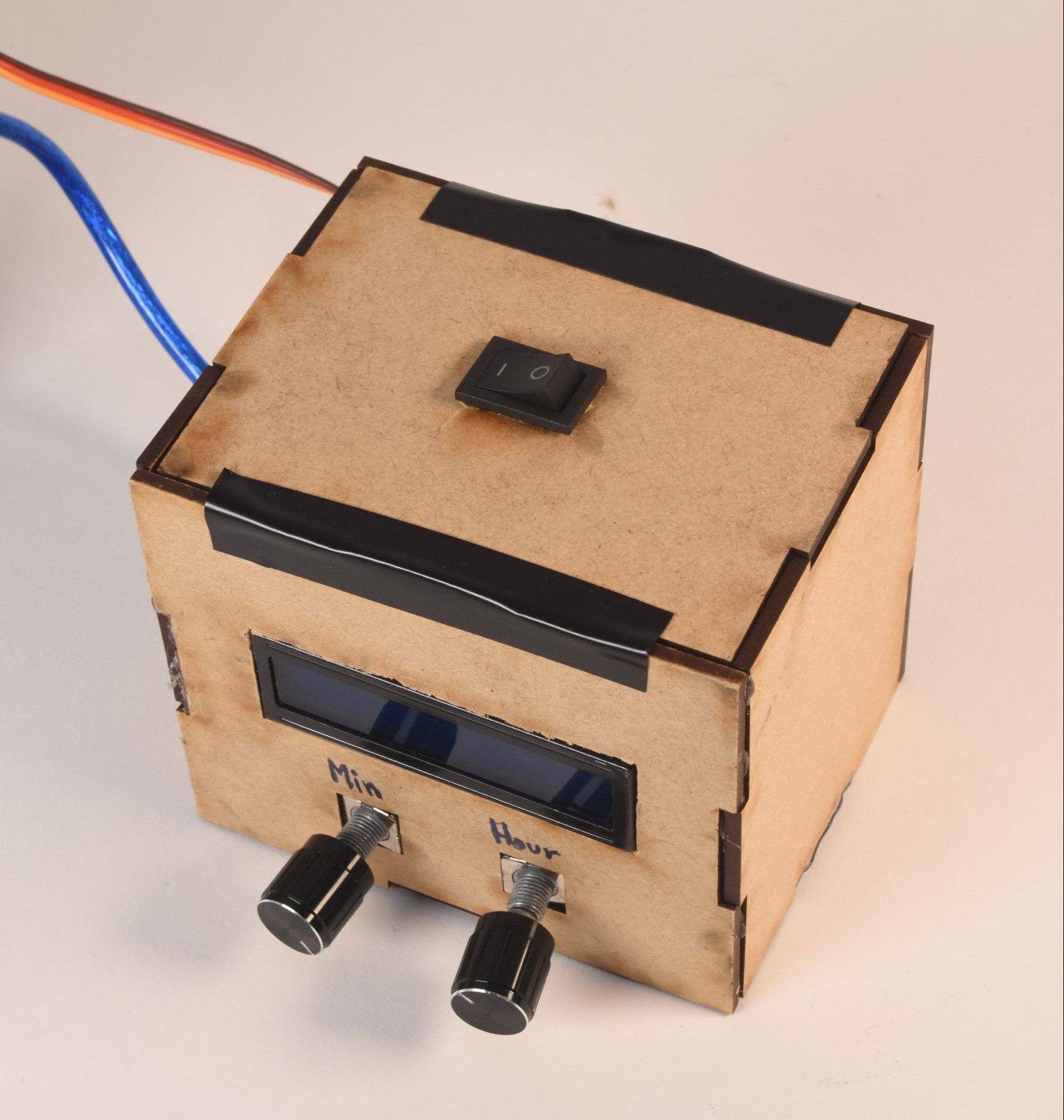 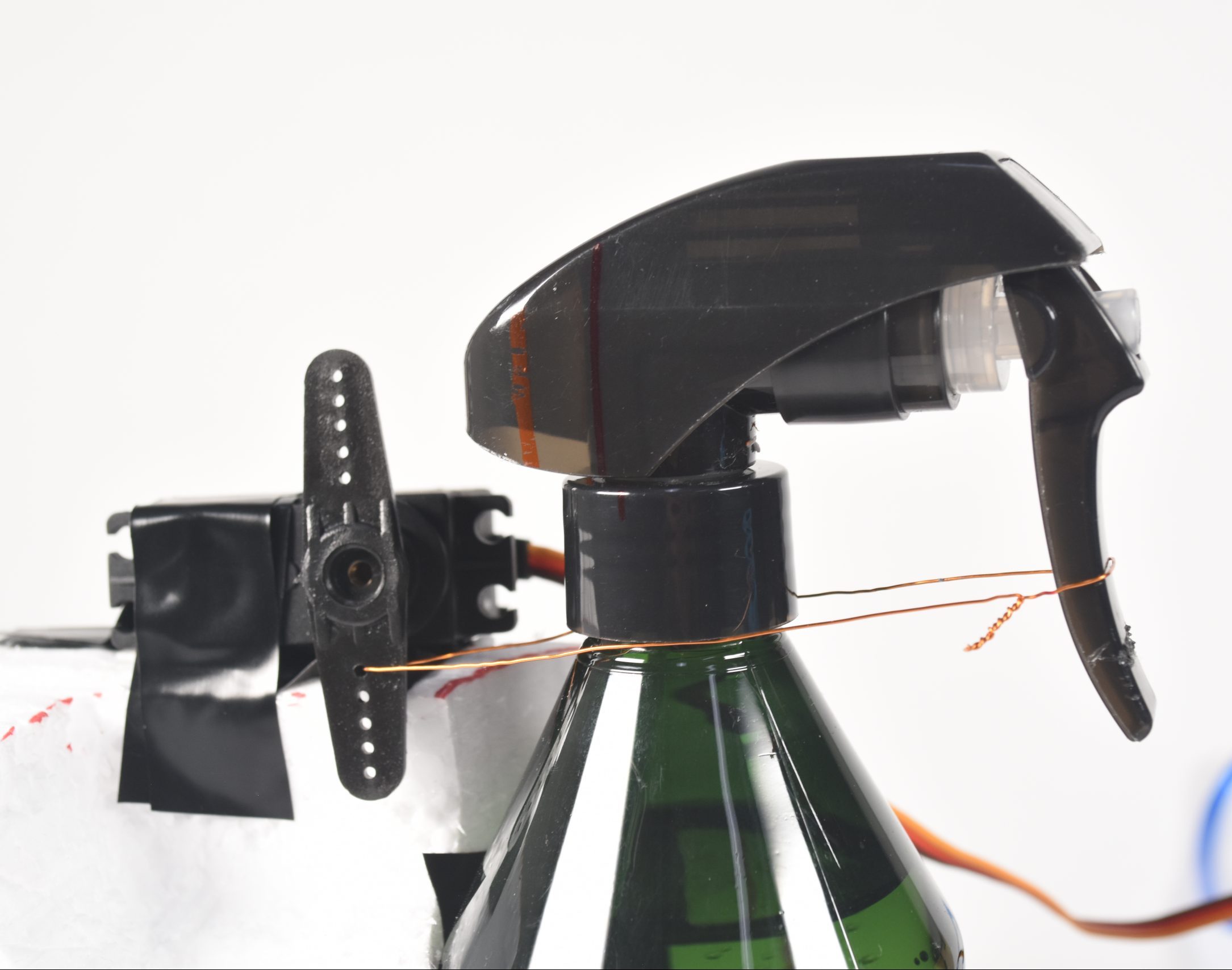 Close up of trigger mechanism 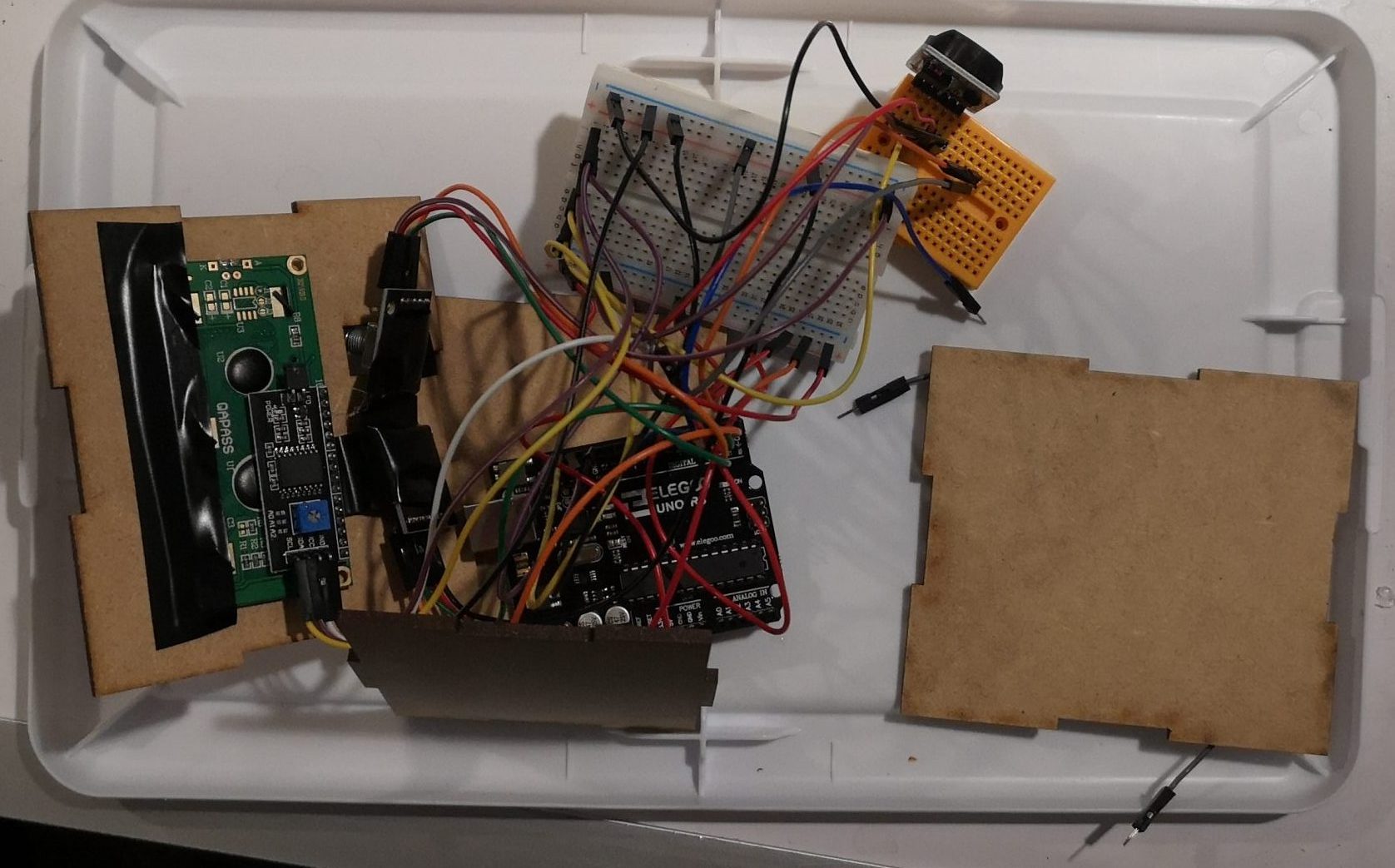 The insides of the box which contains all the other parts. 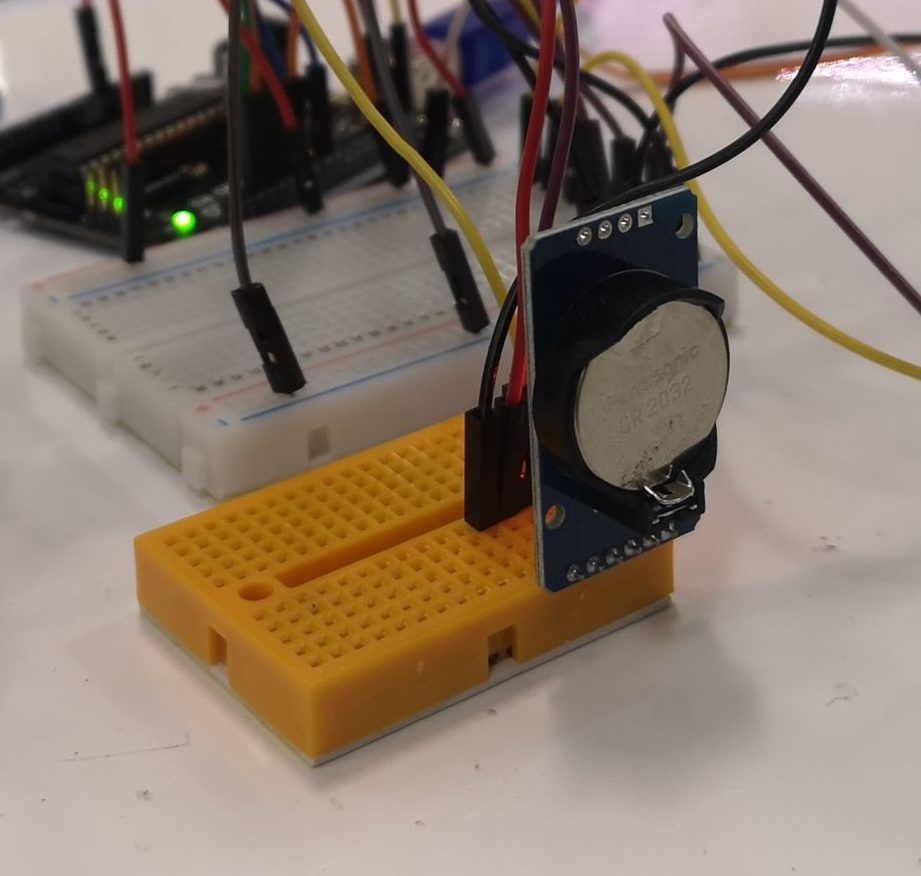 The RTC module was instrumental in keeping track of time

“Such a useful device that definitely wakes me up.”

This was definitely my intention, as a person who frequently misses their morning alarms, I wanted to create a device that wakes me up in the first go. Though the mist is quite refreshing in the first spray, it gets annoying when it triggers multiple times when the alarm rings!

This was something I did not consider! I did not foresee that it would make my bed wet after it sprays a number of times. Thankfully, the water spray only sprays mist as compared to water droplets which mitigates this issue. However, I would have to find waterproof bedding now onwards.

I was extremely delighted when I first saw the water spray being triggered by the servo based on the alarm time. It met the basic functionality that I had originally envisioned. I couldn’t wait to try it out in my room when it worked in the physical computing lab. The first few tests seemed to work perfectly but it filled me with dread upon realising that it would ruin my mornings if it disrupted my dreams or sleep cycles.

This project provided insights into the process of designing and building prototypes which I have never done before in my life. The structured delivery timeline ensured I was on time for all my deliverables while providing incentive to work ahead of the deadline. There were times where I was at the end of my wits when the servo did not trigger as expected. During the process, I found myself stuck in a particular way of thinking which limits my creativity and in this case, without the help of the professor, I would not have been able to overcome it. It emphasized the importance of having some degree of flexibility from the design of the prototype in the actual implementation as we cannot foresee everything from the get-go.

After finishing the project, I planned to 3D print a build that accomodates everything on the water spray but eventually dropped the idea to focus on other upcoming deliverables. I would try to create a build with a smaller base for the servo motor using other alternates besides styrofoam. Additionally, would try to find a way to screw the servo into the water spray or the base to ensure that it does not come off loose as the current project is hot glued together and might come off after frequent number of triggers. I would incorporate other design changes such as adding a snooze function which is not a simple switch at the top, add a water level sensor to remind the user when the bottle is empty.