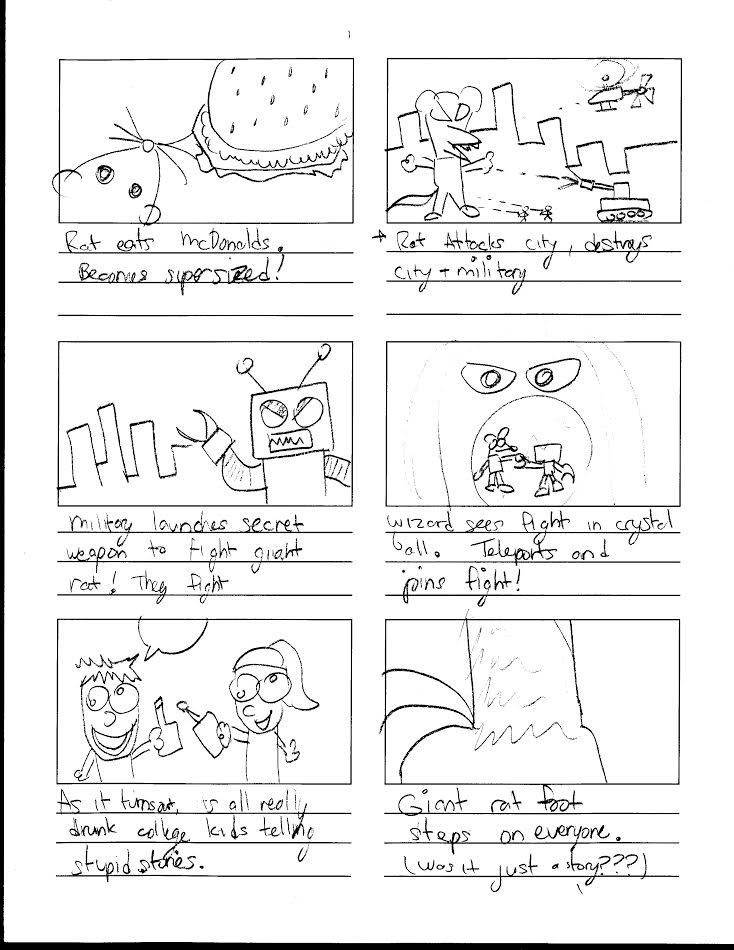 Overall concept – A giant rat monster created out of modern fears (GMO and chemically altered food as well as the lingering fear of verminous diseases and depredation) attacks the city (the public), and is at first feebly opposed by the military (regulations) before the secret weapon robot (the modern autonomous soldier droids) is sent to fight it.  The robot does more damage than good (since the military is often feared as much or more than GMO food) and is finally observed by a lynx wizard (the silently watching ecosystem we are destroying, another fear) who then steps in to defeat both (the struggle of the once mystical natural force against the machine and unnatural).  We zoom out on a group of drunk college students arguing over who would win in a fight (the folly of youth embracing what is dynamic and often destructive), who are promptly smashed flat by the foot on the rat monster (the revenge of nature against those that pervert it and the loss of youth through experience of the downsides of what they foolishly embrace).

Cinematic techniques (may not all be used) –

What we already have –