My initial idea was to create a puppet similar to that of the muppets but quickly after I started sewing I decided to switch to created stuffed ‘animals’ instead. This way I felt comfortable in creating more than one item and I could focus more on the sewing aspects of the project.

Here are a bunch of sketches of ideas: 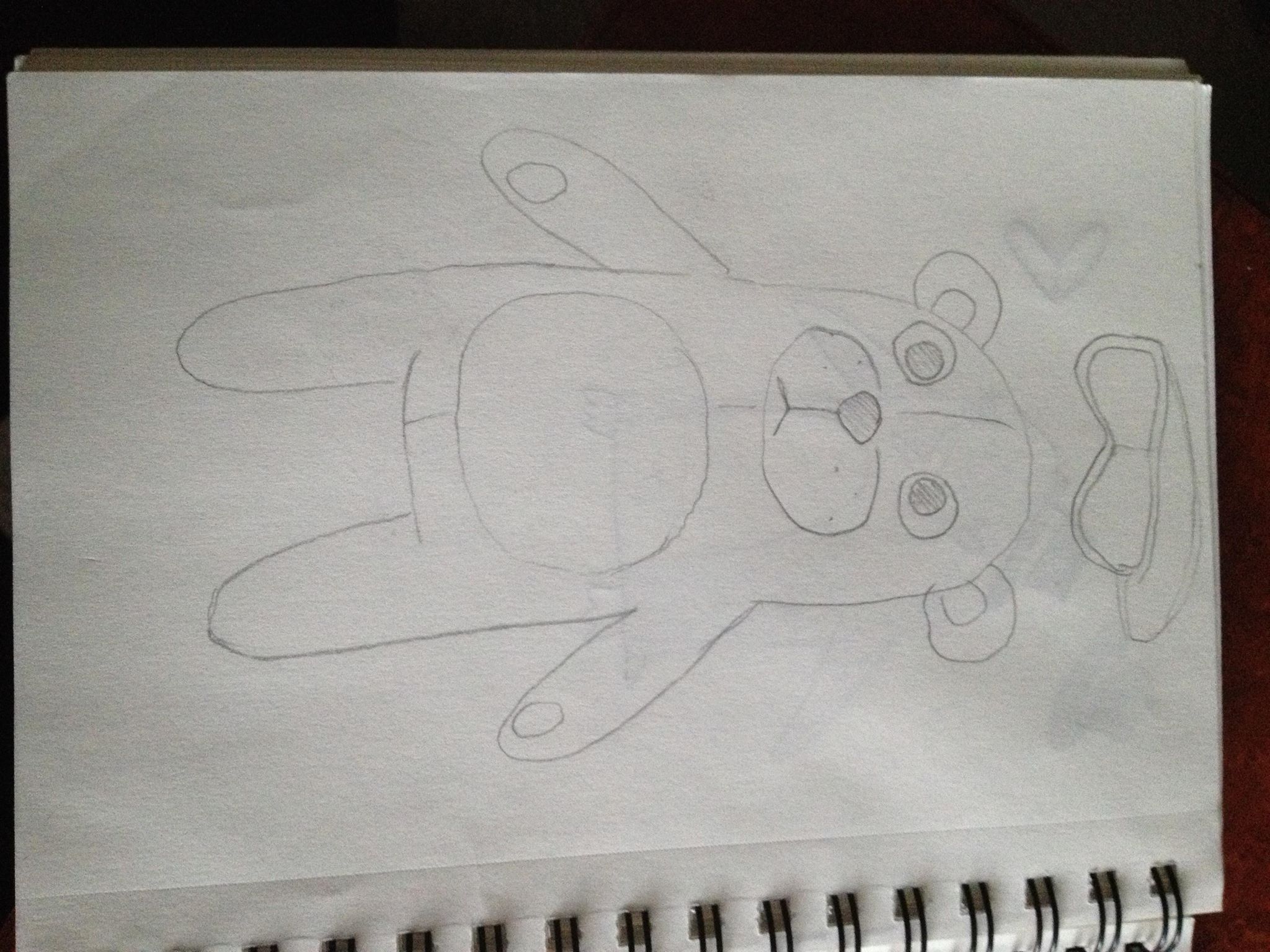 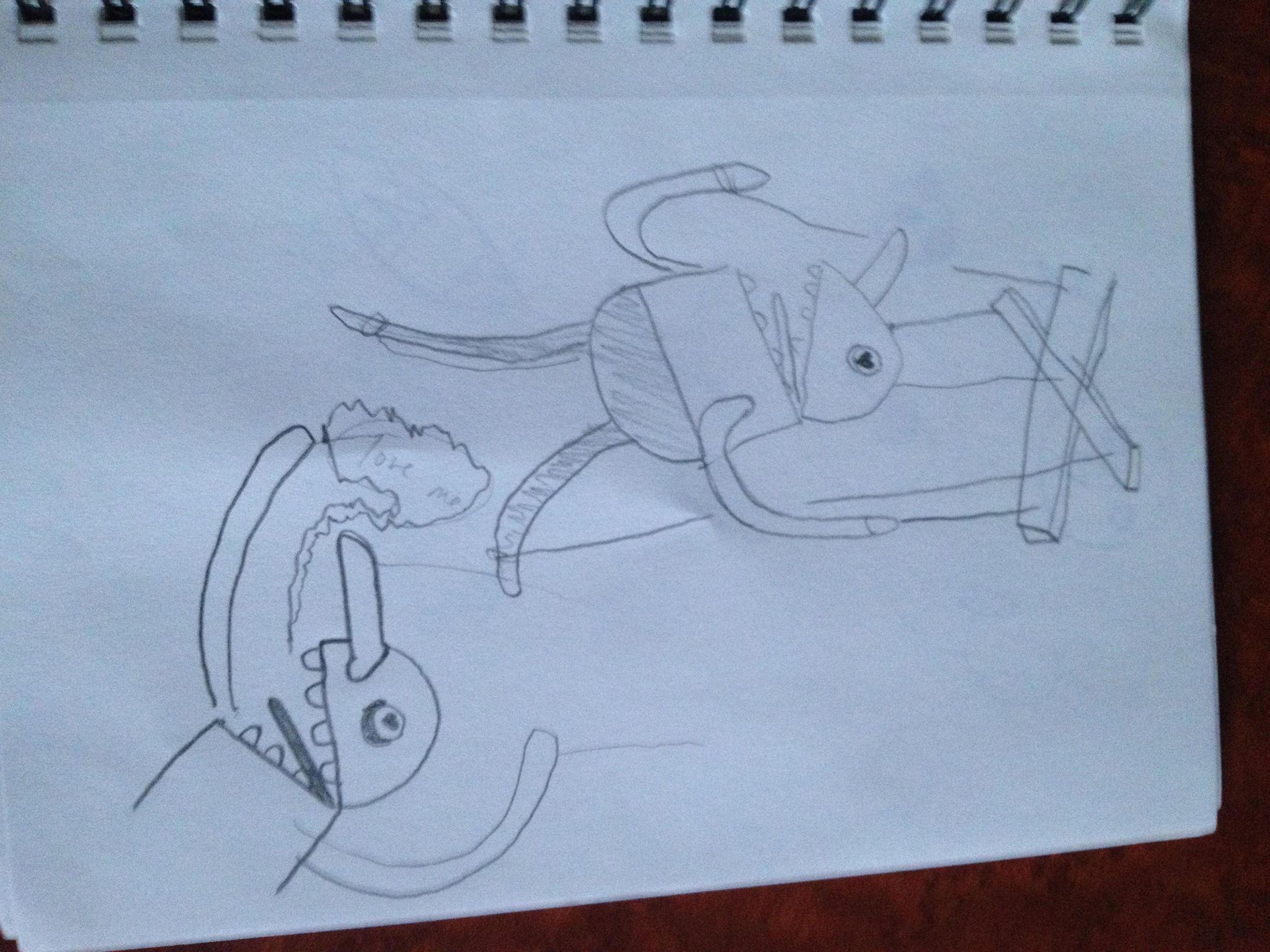 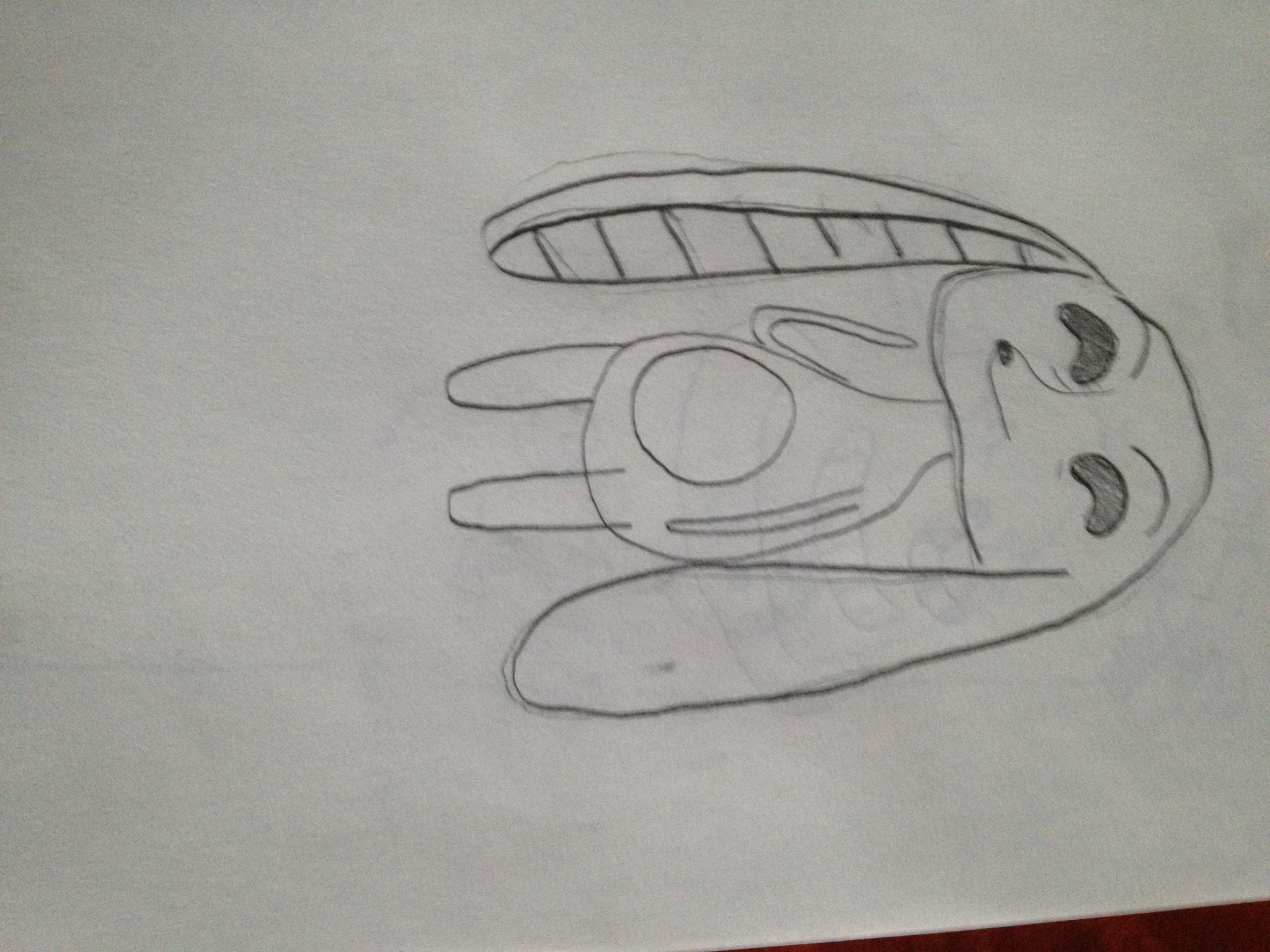 Here are the rough final sketches: 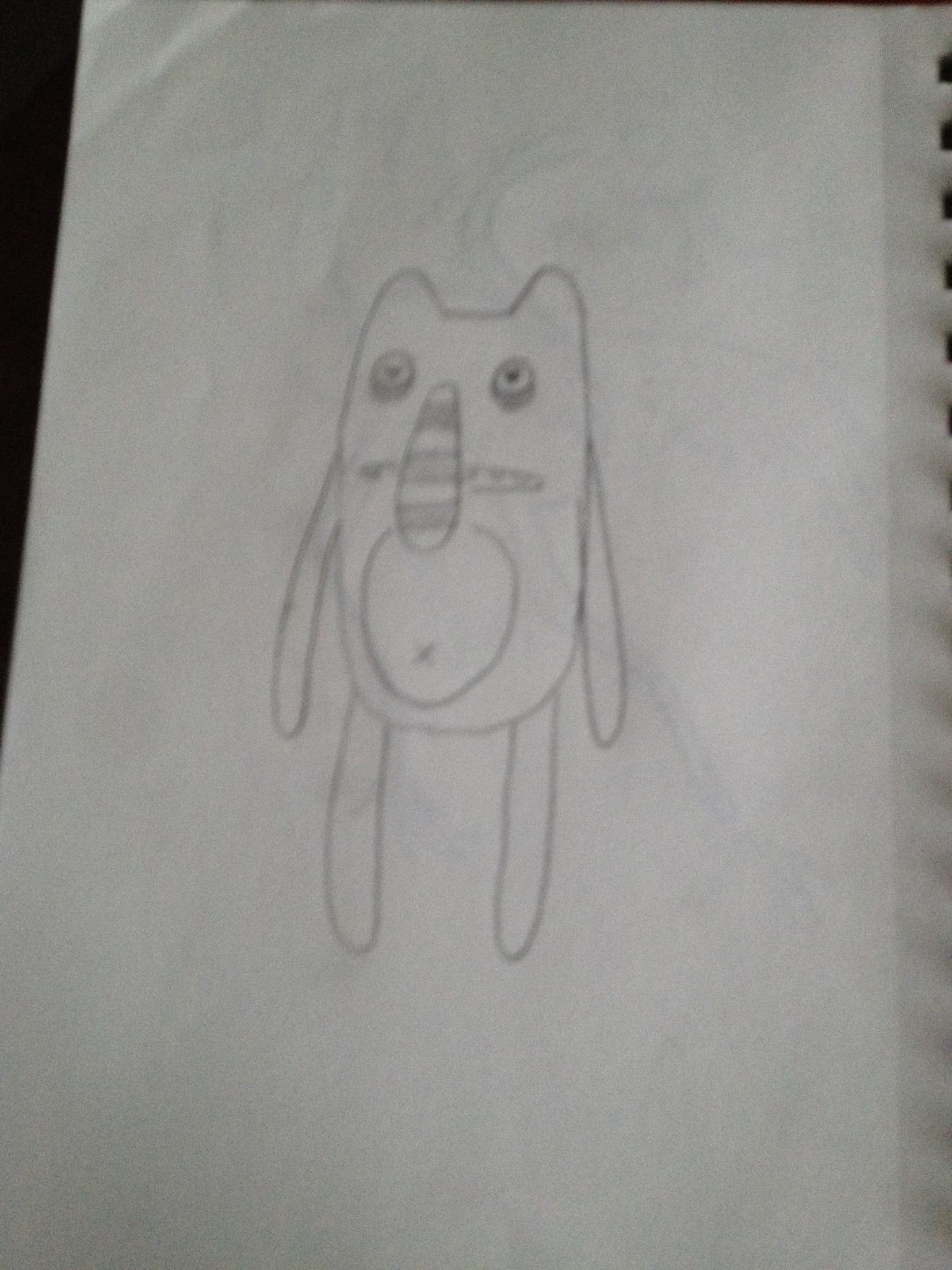 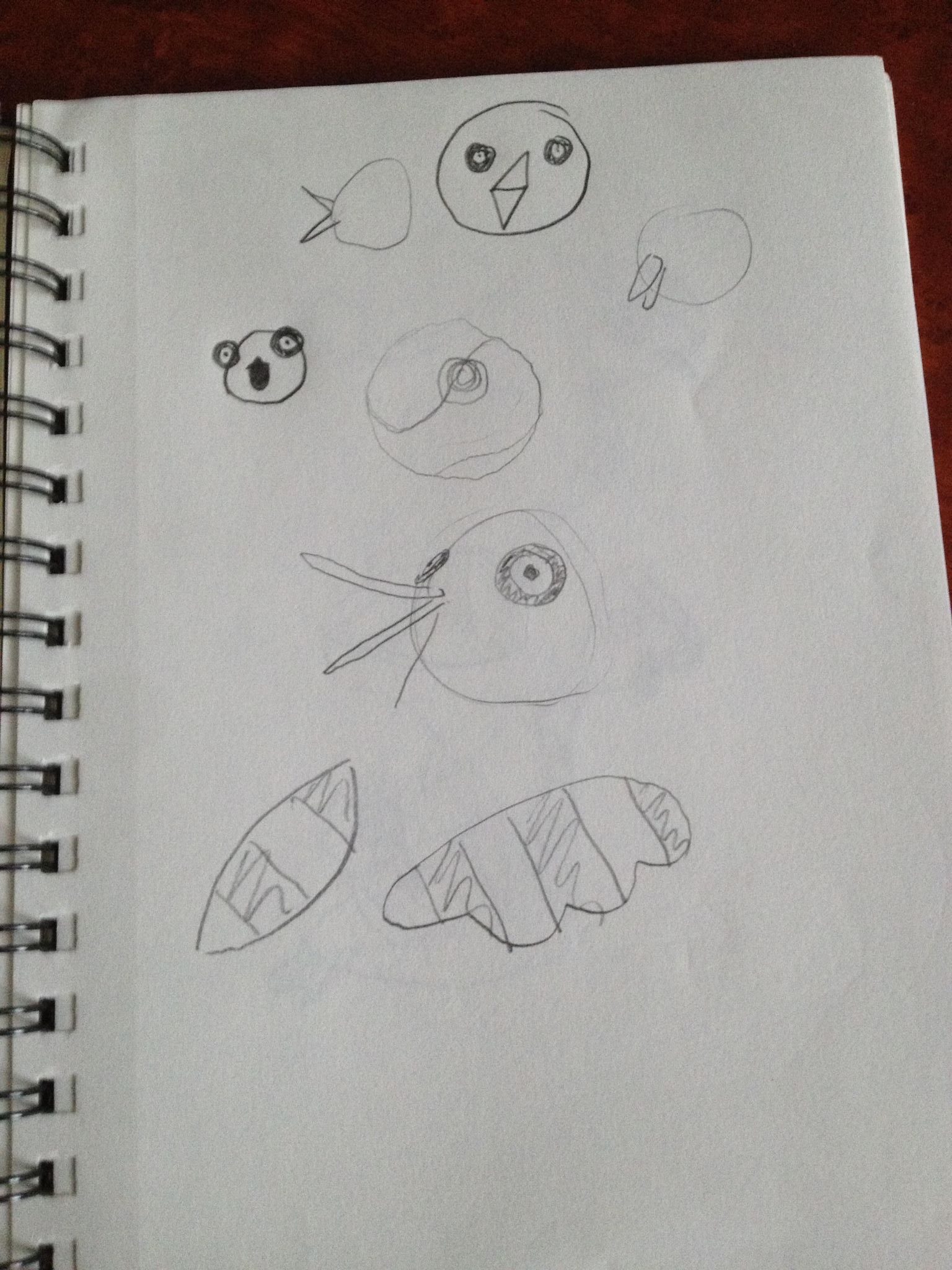 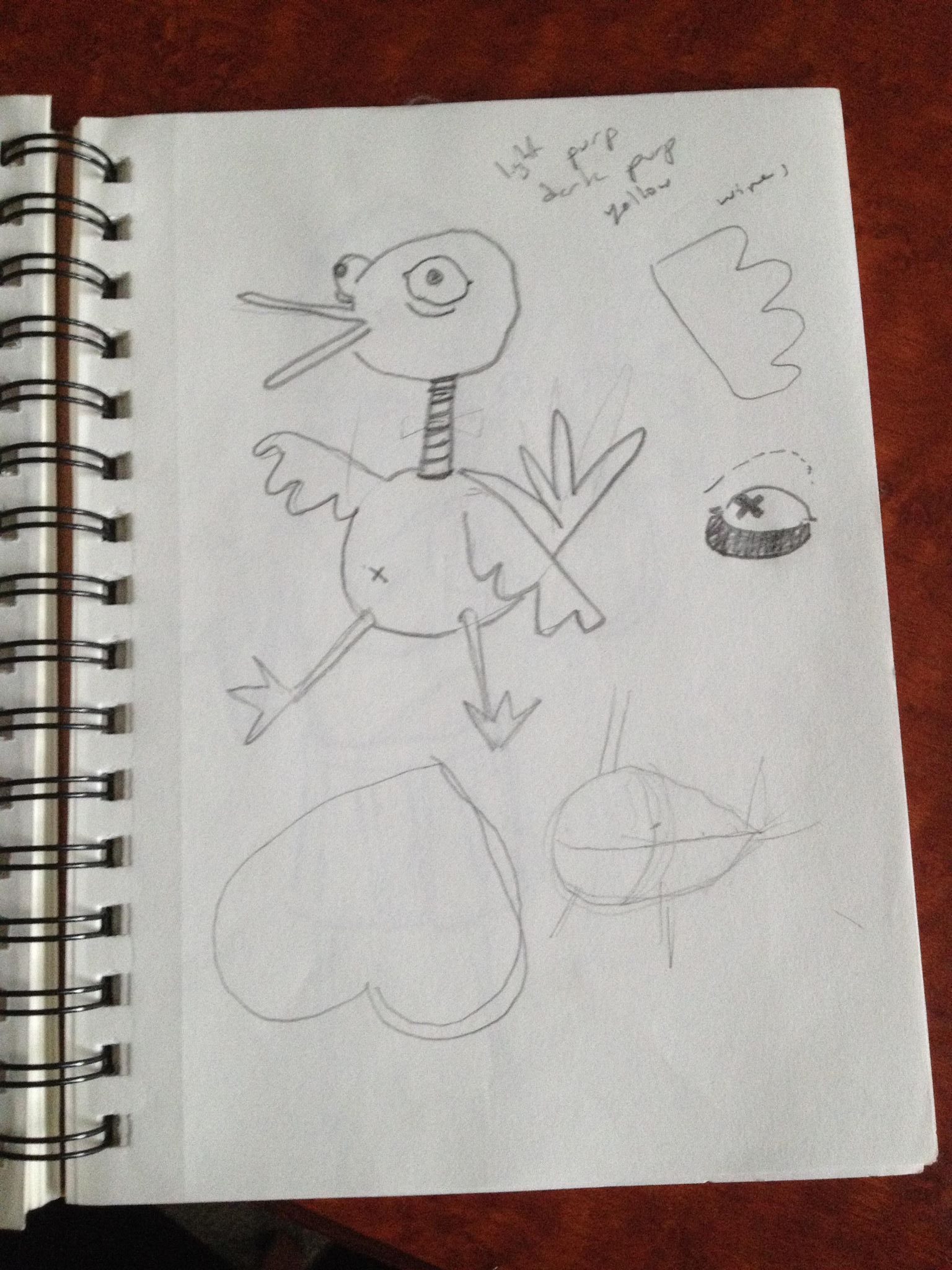 Part of the process: 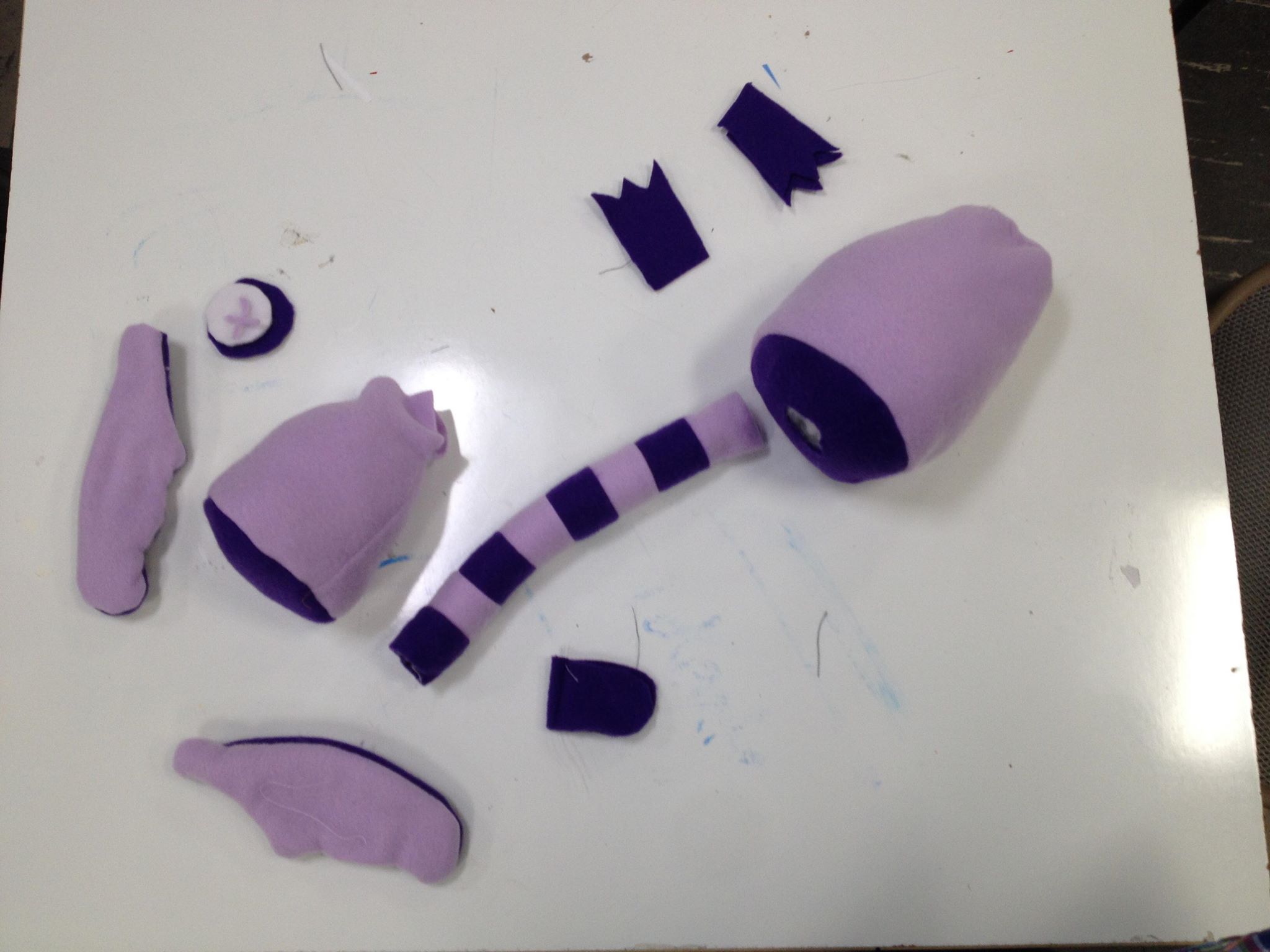 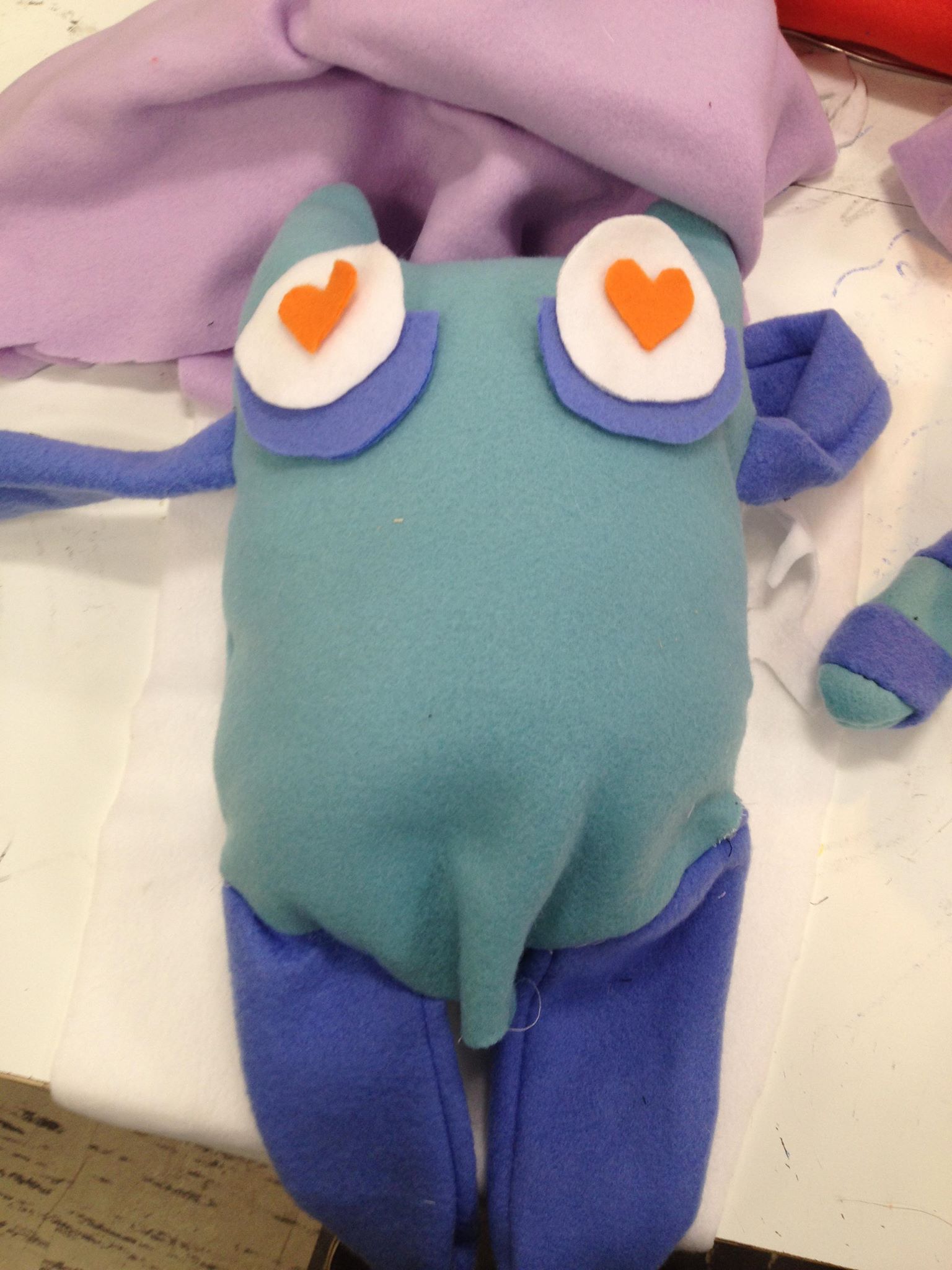 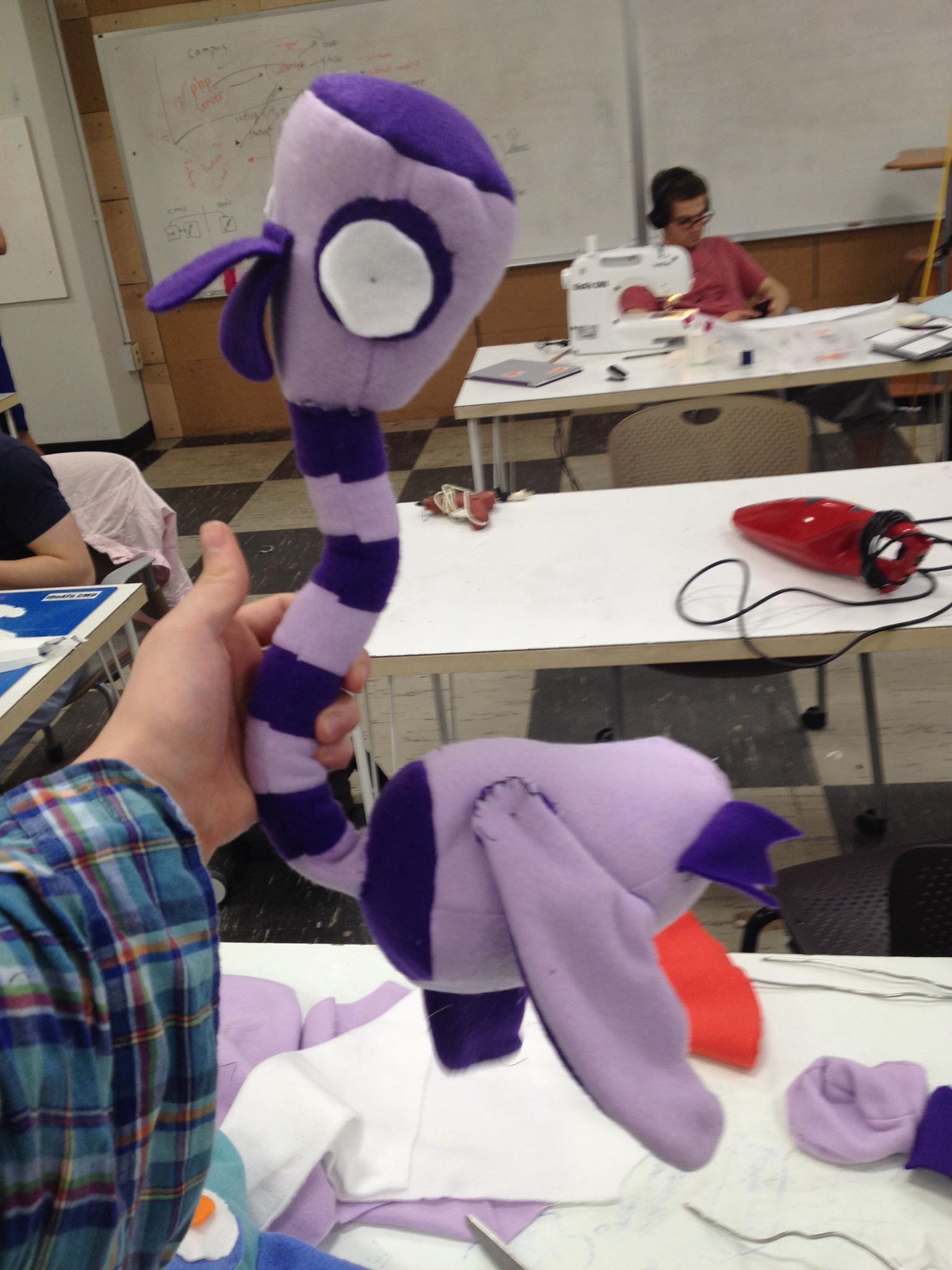 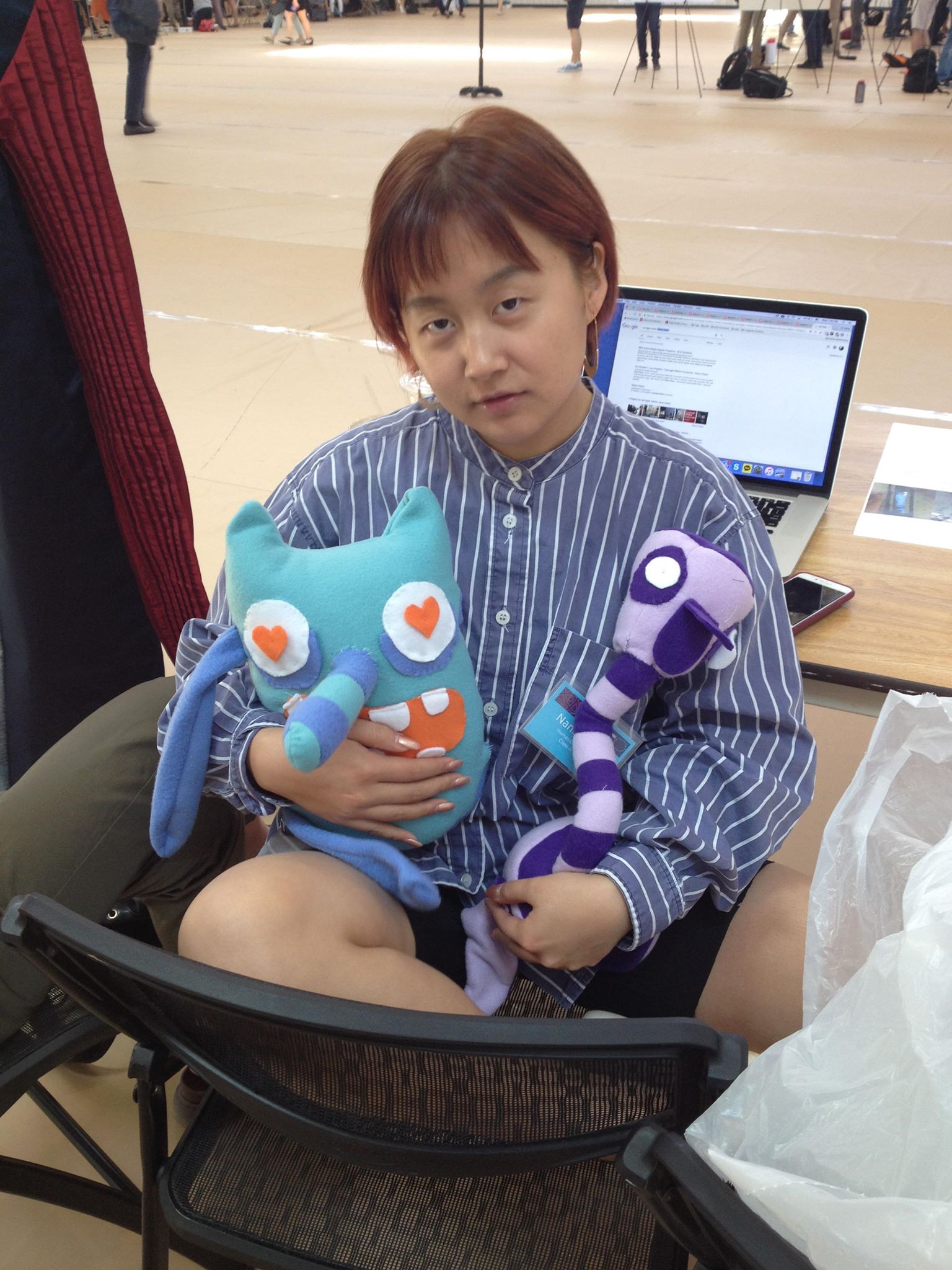 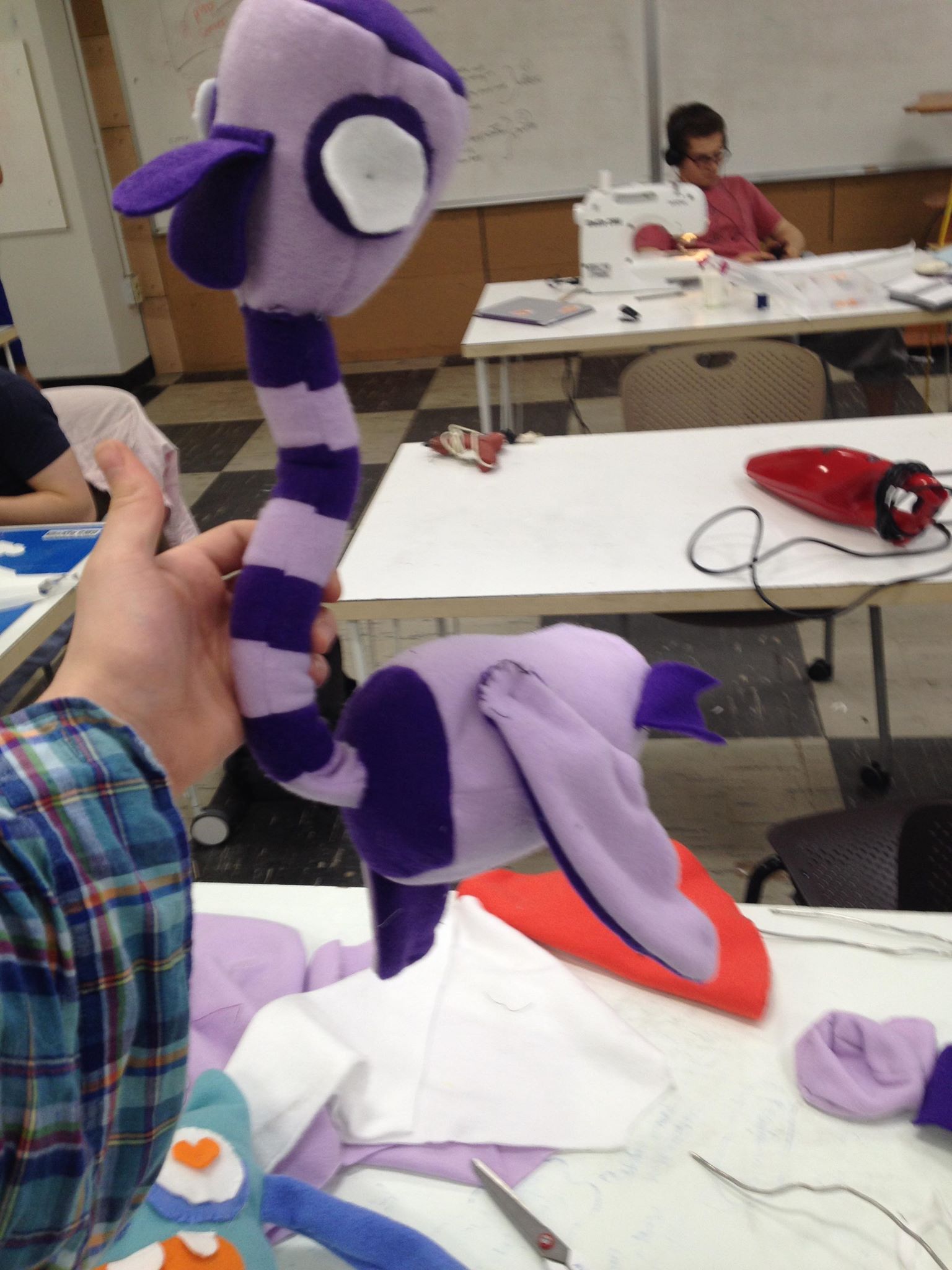 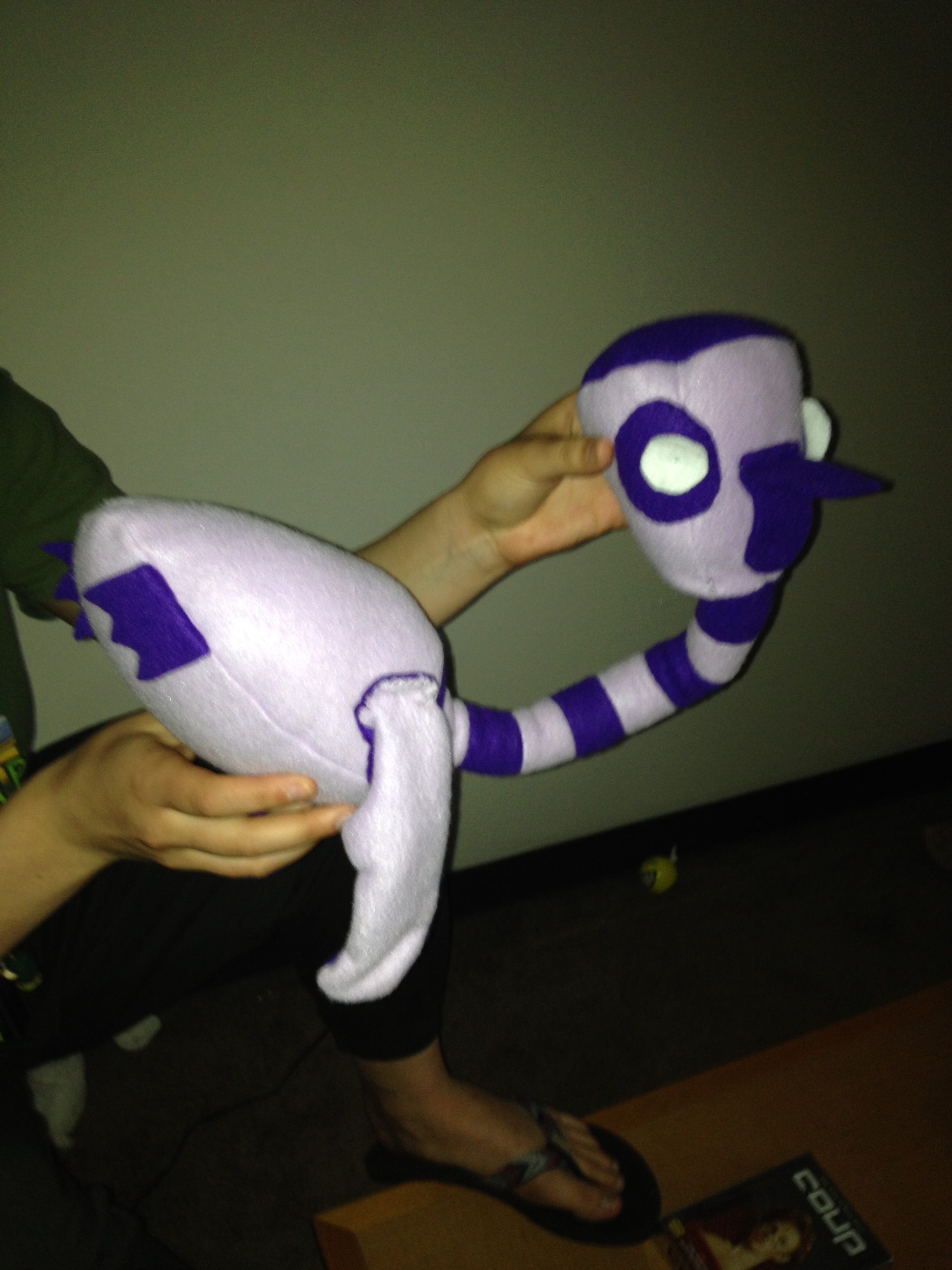 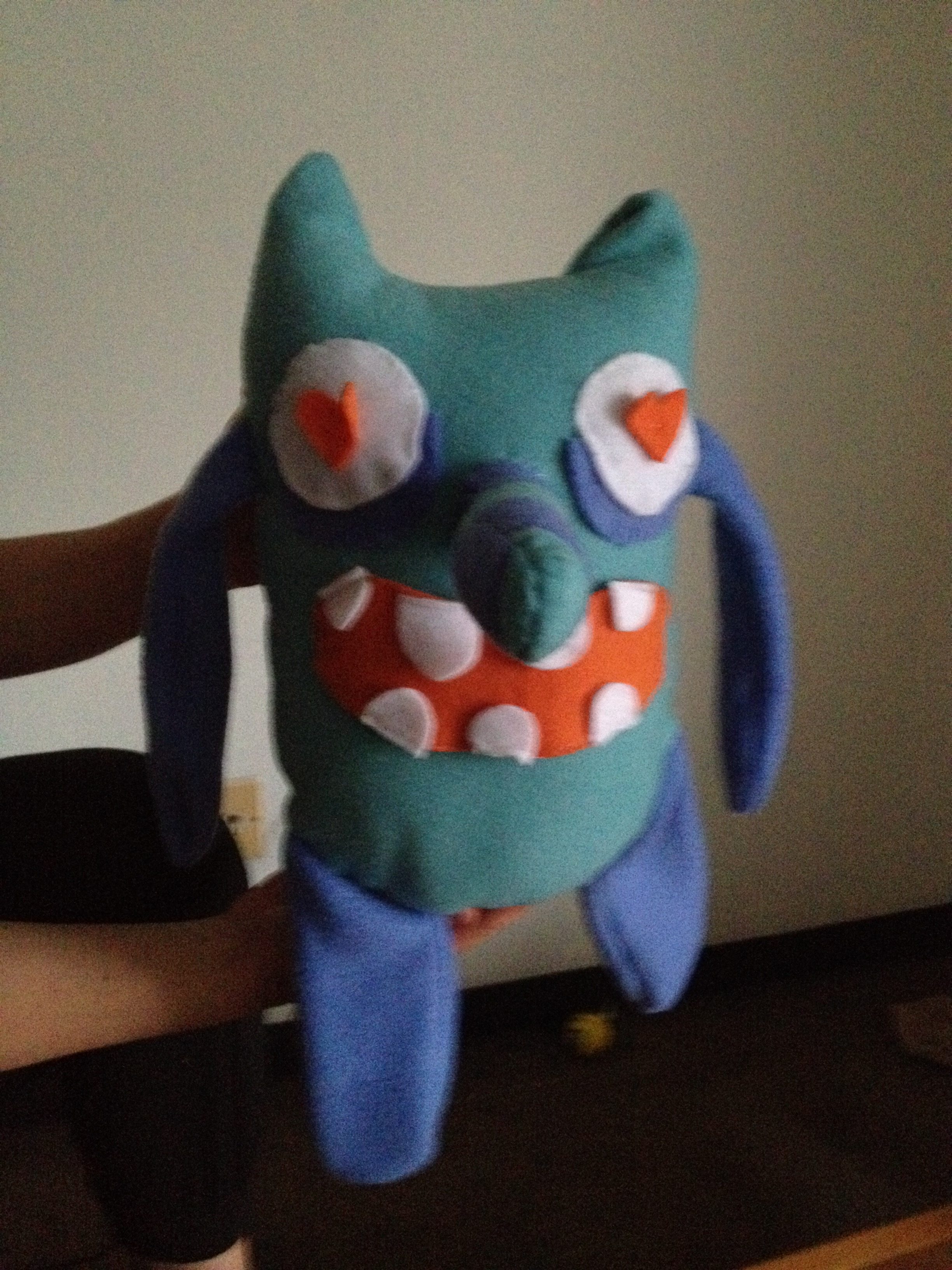 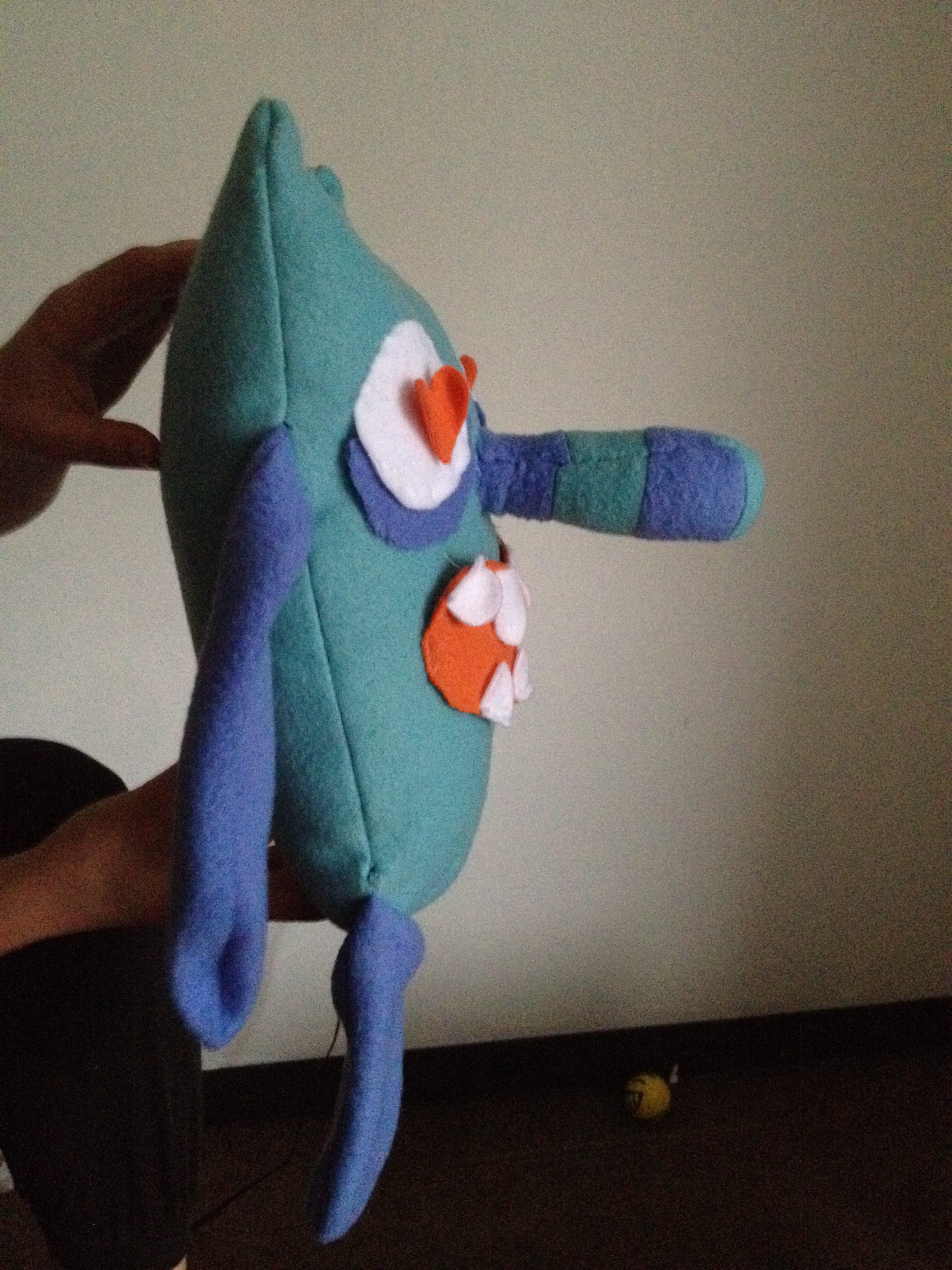 For the bluemonster, soon after I began I recognized similarities between it and ugly dolls which I remember being popular as a child. For the nose, I first used tape to create a shape, then pinned on to that a striped fabric I made then hand sewed it shut. All facial feature like the mouth eyes and nose were also hand sewed on. If I could change anything  about it  now I would add filling to the limbs and maybe add weights or magnets to them. I was very happy my strategy with the teeth sewn onto the mouth looked cute.

I think that the duck came out looking more professional than the first one. I though it looked very tim burton like. The look was cleaner and played with more things rather than the monster which was somewhat simpler. It came out a lot different than the sketch of it looked because when I made the head circular originally I was upset with the look. I decided to separate the body I had made into two to get the fun cylindrical shape for the head and body. The neck process was similar to the nose for the monster, but longer, I sewed tubes together to make a long cloth and then brought the sides together, this was machine sewn. I added wire in the neck and  the wings to let the duck be posable but with more time and thought I would have added something for the wire to attack to inside the ducks body so that it wasn’t freely moving. I was very happy with the final result though and plan on doing projects like these again.

View all posts by jhewitt@andrew.cmu.edu