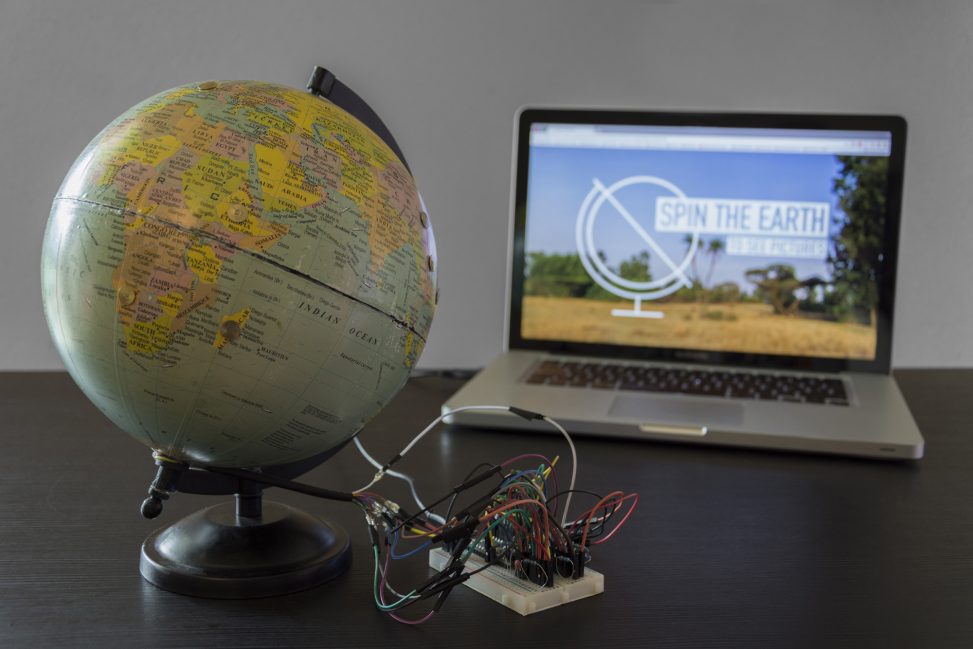 This project is a new take on viewing photos of different places around the world, as well as a more interactive way of showing friends your travel photos. A photo album is selected by touching a country on the globe that has metal pins on it, which is then hooked up to a capacitive sensor that is linked to an arduino. A program processes data in the arduino, which in response sends keyboard signals to the computer and loads a webpage containing the photos from the country that has been selected.

I thought this project was a really thoughtful and creative way of making a potentially boring process into a fun experience for both the viewer and the shower. It’s a fun idea to use an “old-school” item like a globe and mixing in more technological elements like the arduino and the pins on the globe, and also helps users who are selecting countries on the globe to learn where their friends or family travelled geographically. If I were to suggest any improvements, it might be to hide the arduino setup so that it looks cleaner, or to integrate some other sensory elements such as an animated globe element on the webpage, or music of the country that was chosen as well in order to add to the travelling experience.