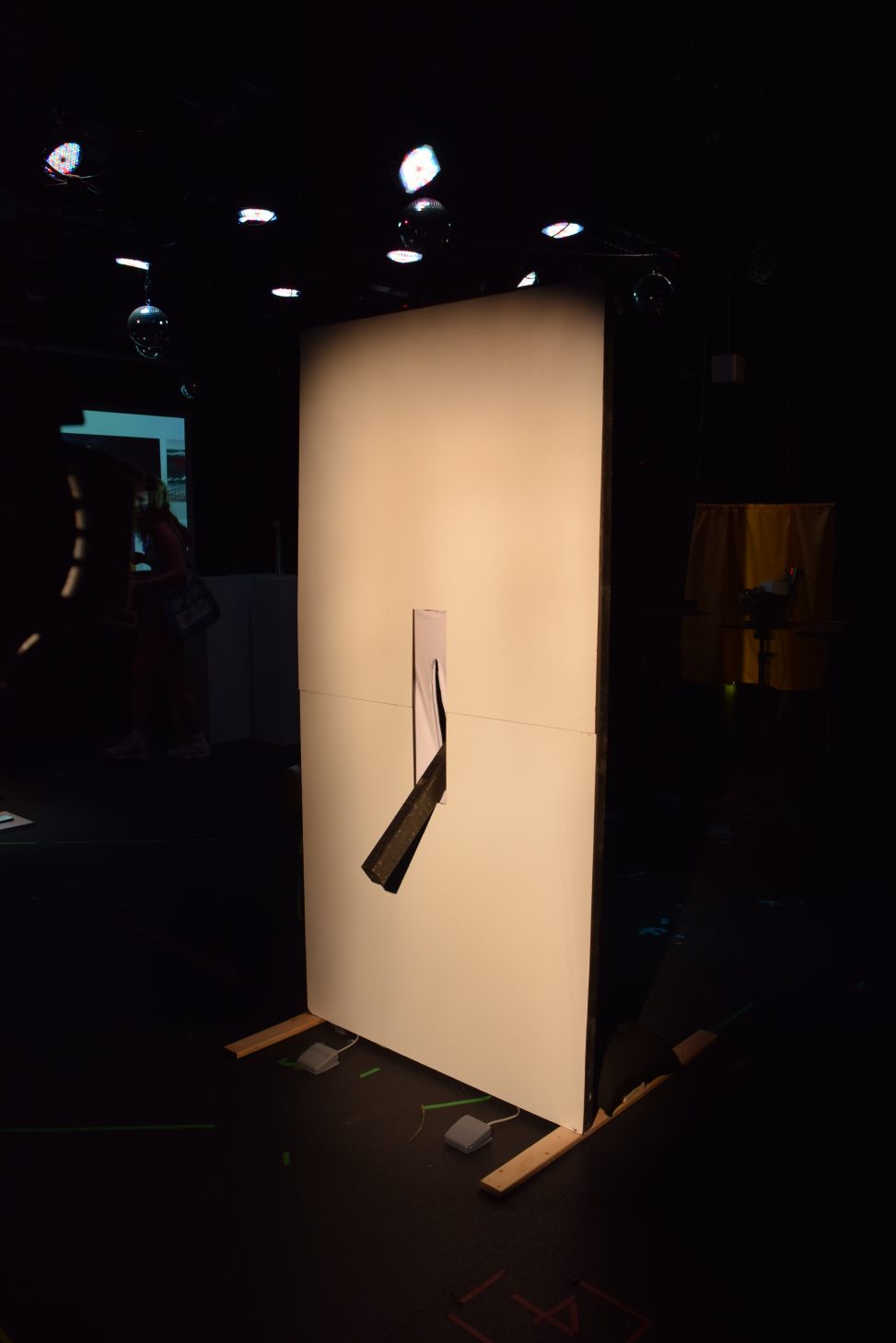 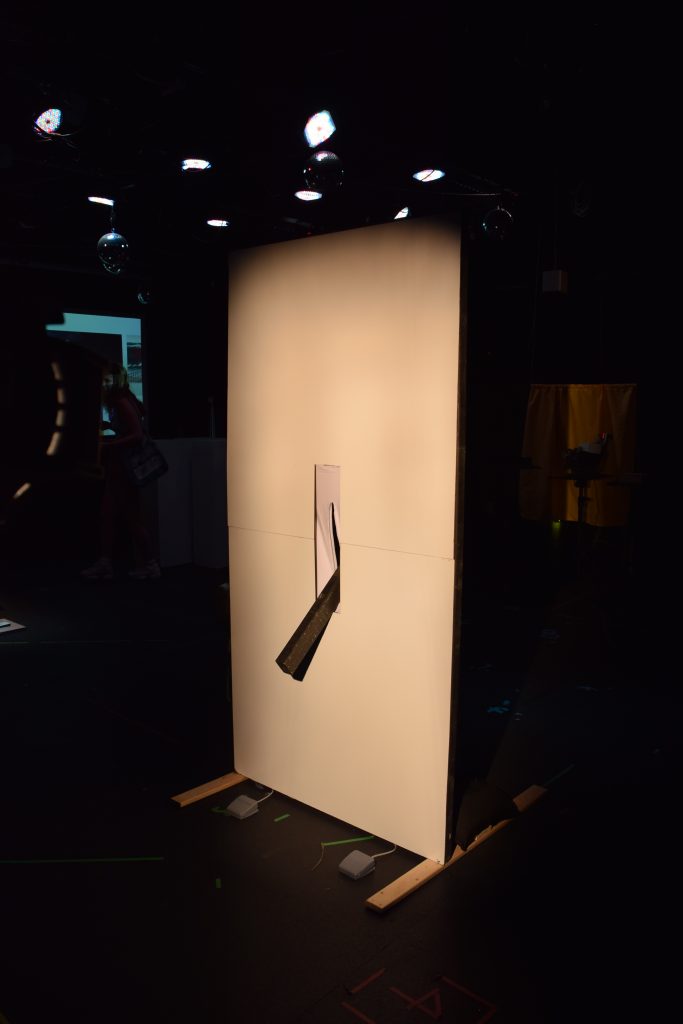 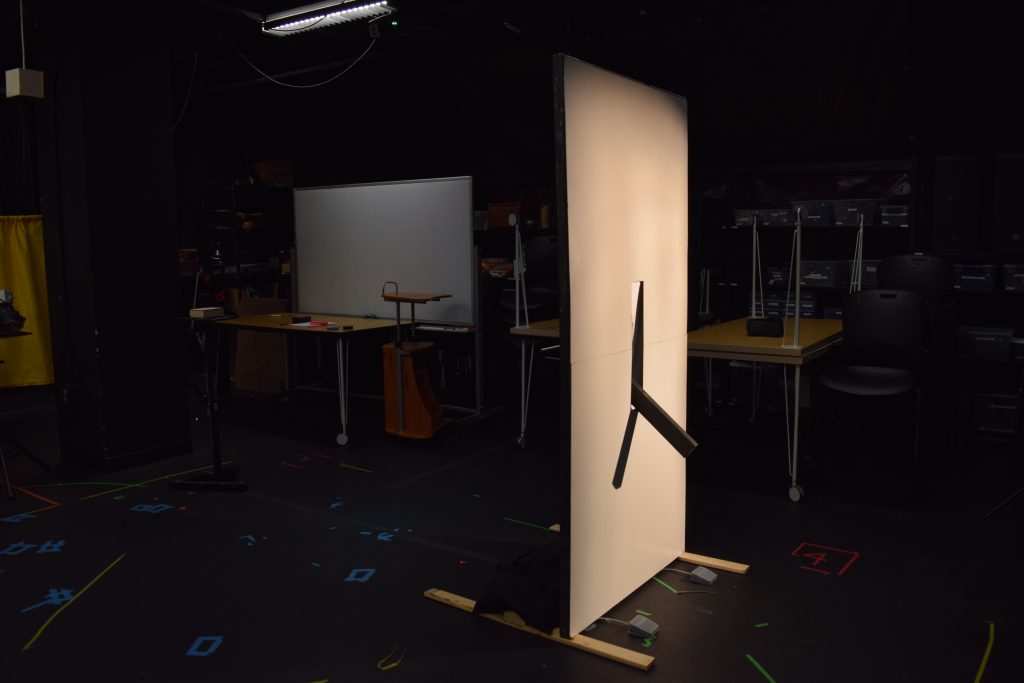 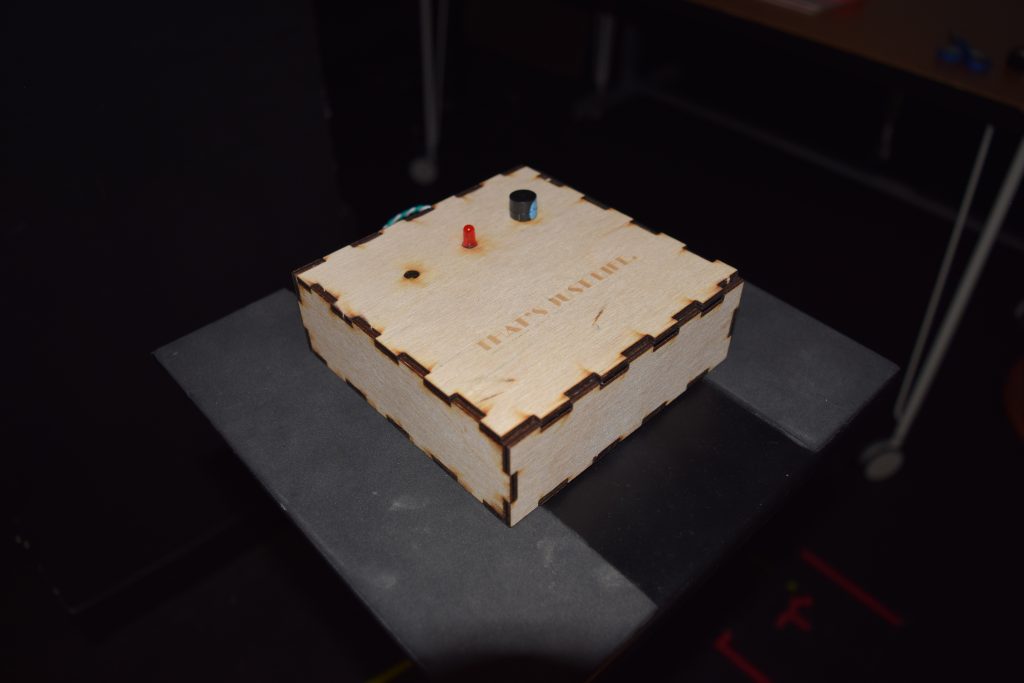 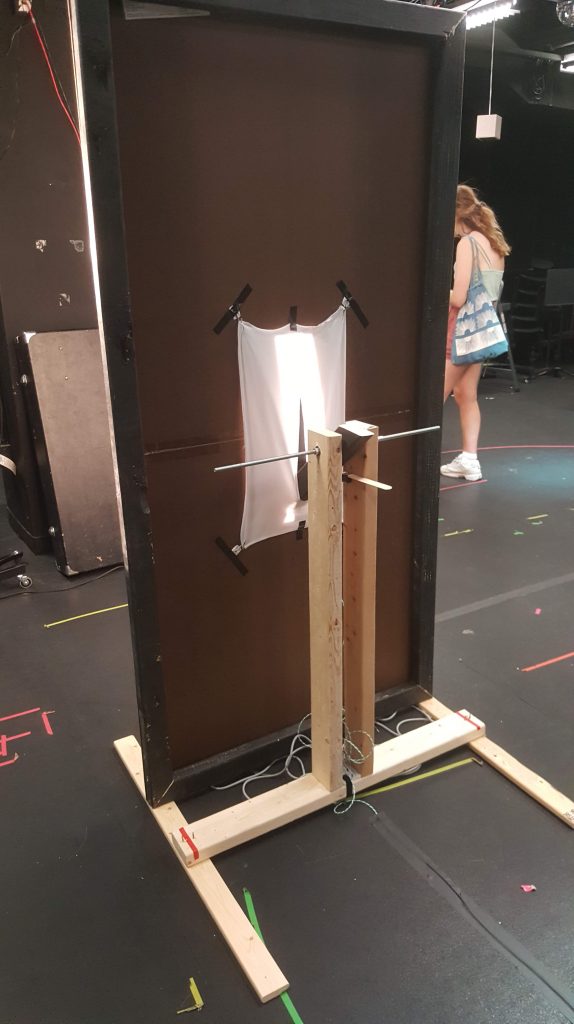 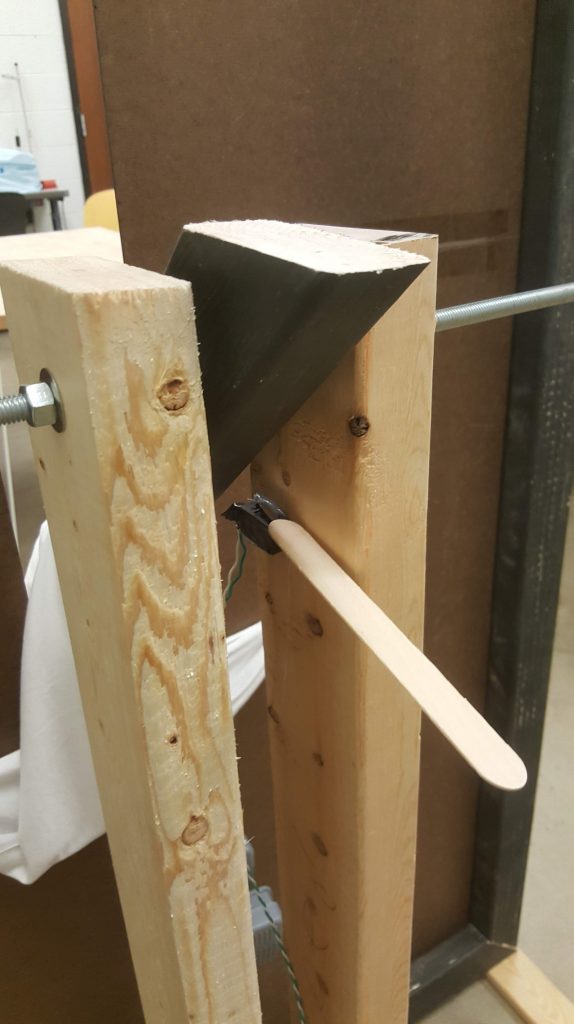 A human-sized lightswitch stands in front of you. This is life, and Life Requires your Input. What happens when you lift up the lightswitch – it’s heavy and needs both hands – but nothing changes. You notice two footswitches. It’s awkward to try to step on both of them and lift up the lightswitch at the same time. Finally – something happens a few feet away, behind the switch! But wait – you can’t see it, you’re frozen in your position. A small light turns on, and you here a faint buzz, but it’s barely there and you can’t witness it for yourself. Is all this effort worth it? Do you need to do everything at once? Does life require all your input at the same time?

You’re tired – maybe you want to take a break.

This interactive sculpture explores a physical representation of our commitments, responsibilities and tasks in our life. There is a semblance of a logic gate here, which was a requirement for this piece. Logic exists in our desire to sometimes do everything – essentially to do this AND that AND this AND that. This desire can sometimes be overwhelming or paralyzing. What’s worse is that if you can’t see the fruits of your labor – and it causes you to consider and question all of your efforts. 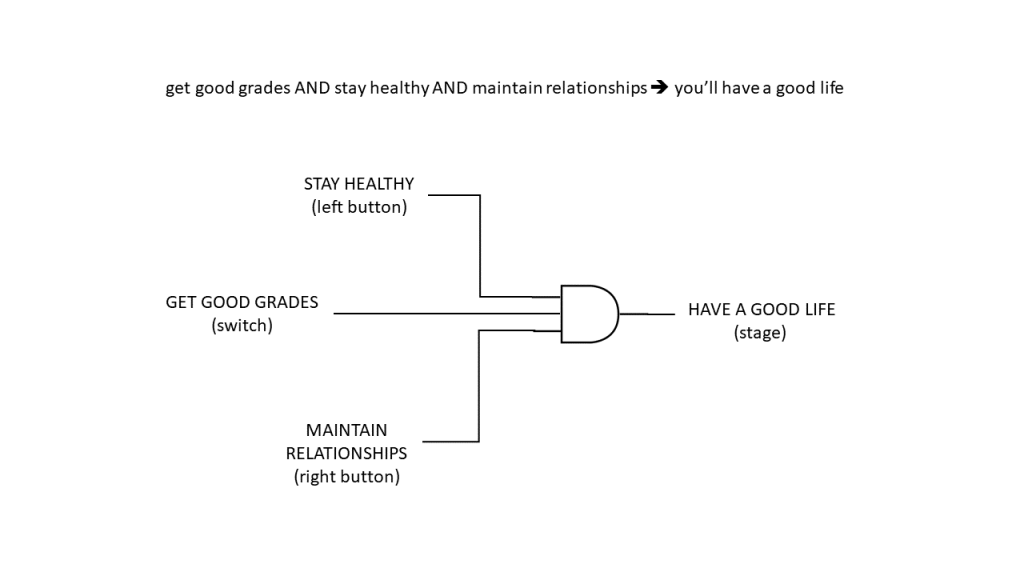 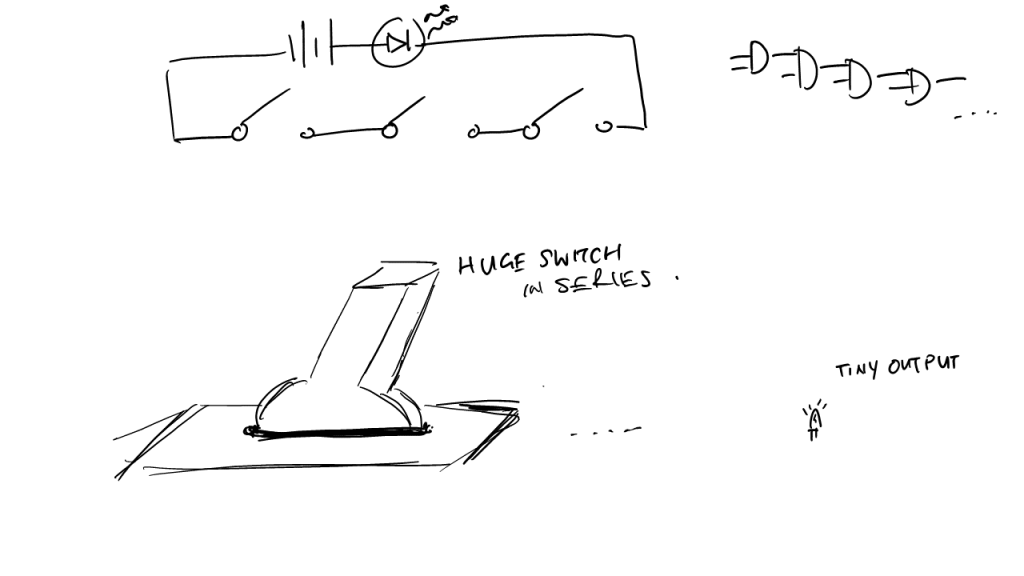 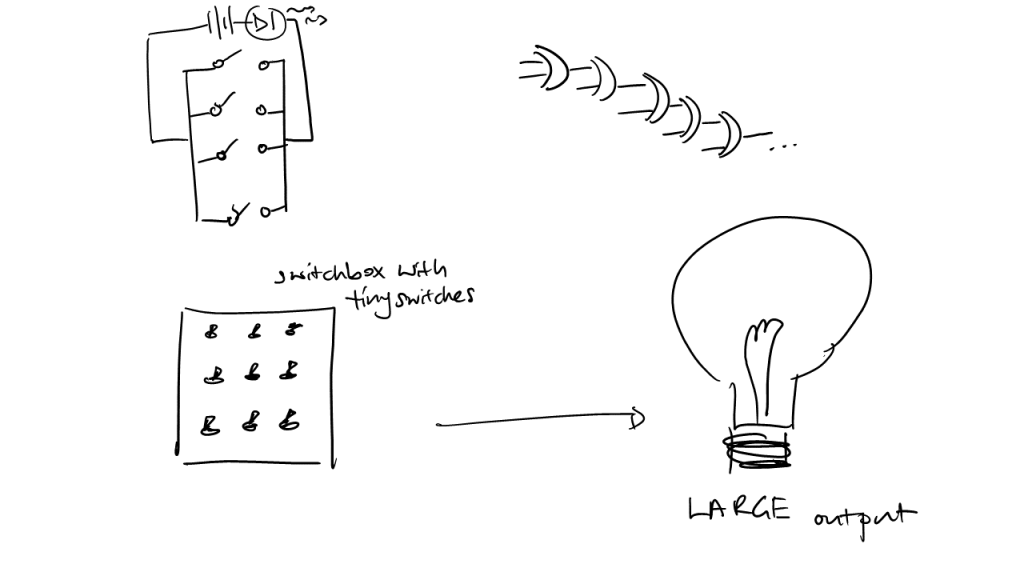 While brainstorming for this piece, I began to think about the relationships that I have in life. For this concept, I was thinking about the relationships within my life and how I have to manage all of them. I began to think about how sometimes I spend a lot of time on certain projects, only for them to disappear after some time. How could I represent this in a physical sculpture?

(There were certain ideas I had a stronger desire to explore – but were more difficult to implement with more complex electronics. Learning to let go of certain ideas in the moment was difficult but a necessary process to have an installation in time.)

I decided to go with something more literal – switches that represent life. The original concept was to juxtapose the size of inputs and outputs. An extremely large input would produce an extremely small output, and vice versa. These two processes or transformations would be placed next to each other to show how we usually don’t get what we expect. A maquette of this type of portrayal was made to visualize how this juxtaposition might look like. 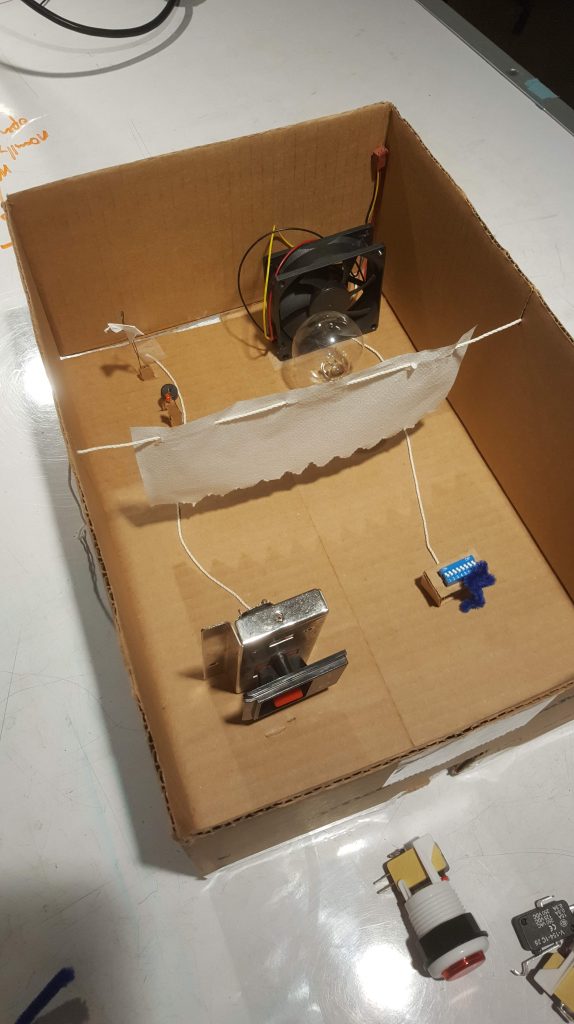 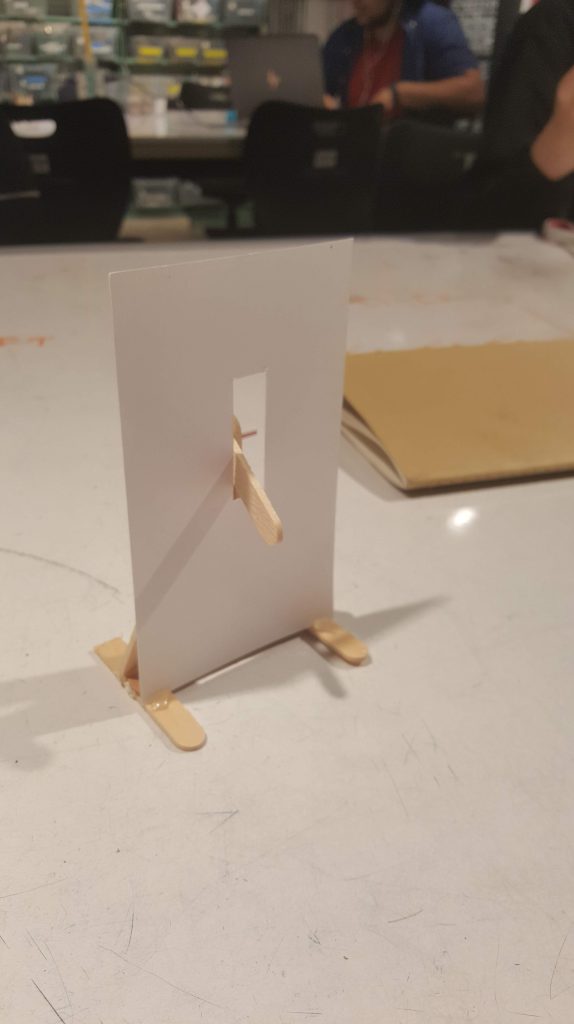 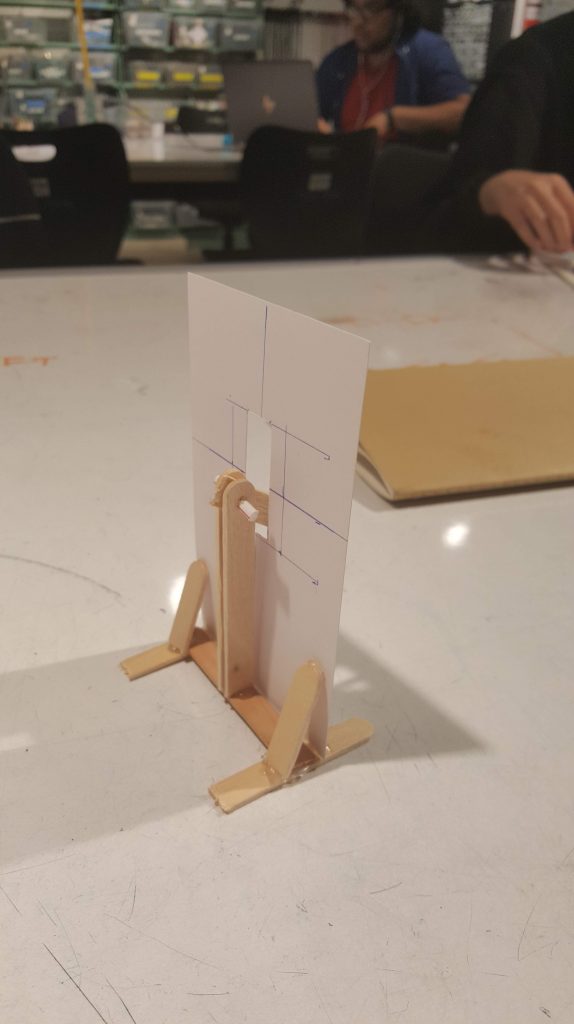 As the deadline approached, I decided that it would be necessary to cut down the sculpture to something achievable. Upon the advice of my instructor Heidi, I decided to focus on the large to small input. This would require me to build a large physical switch from scratch out of wood and smaller electronics. I added the dimension of the footswitches to freeze the guest and prevent them from looking at the output. 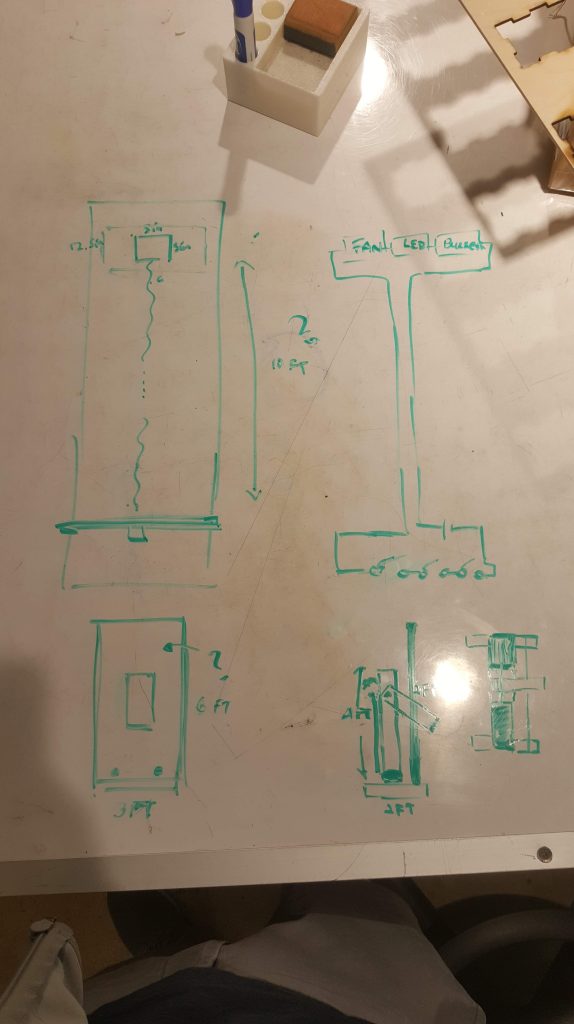 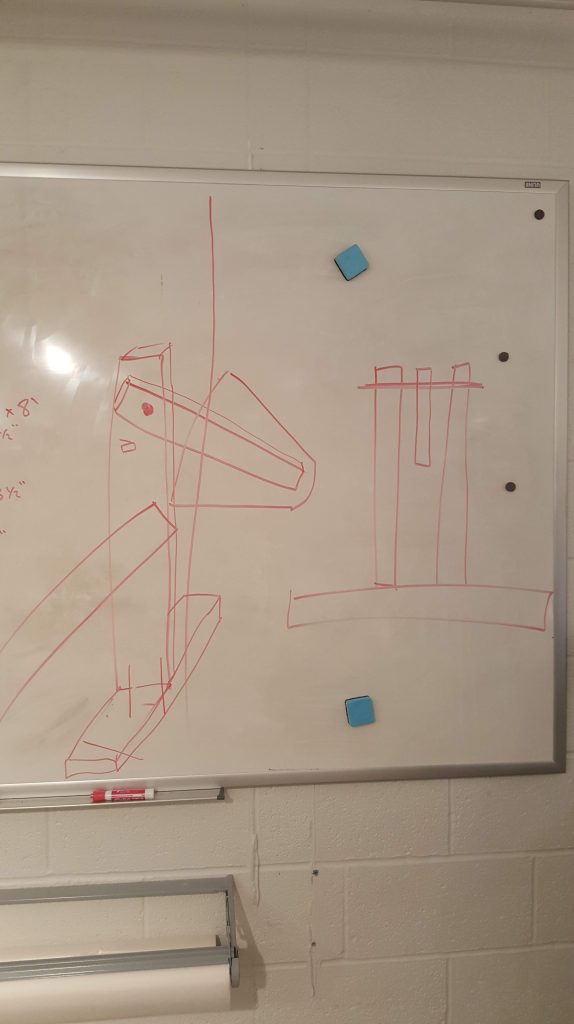 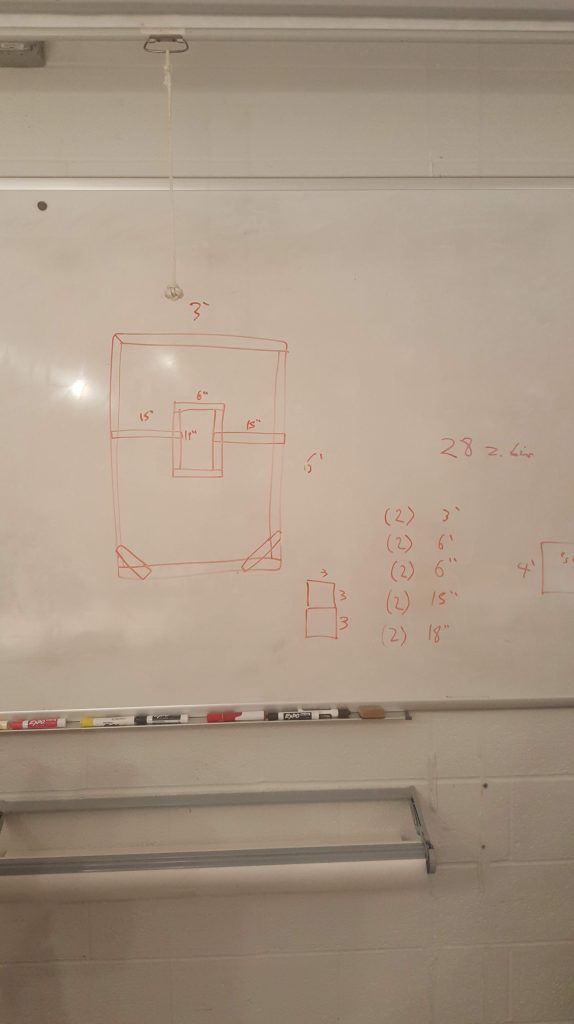 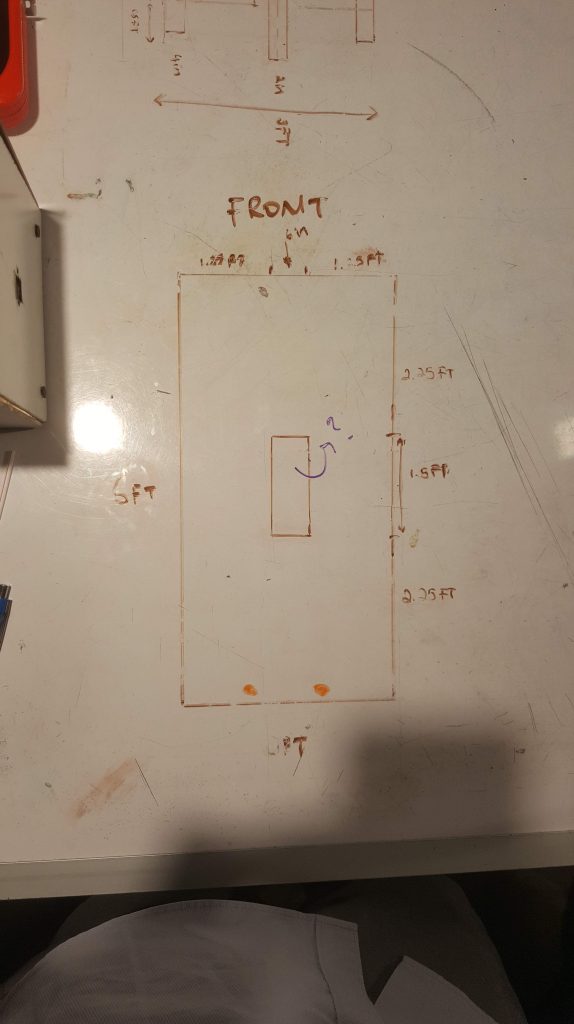 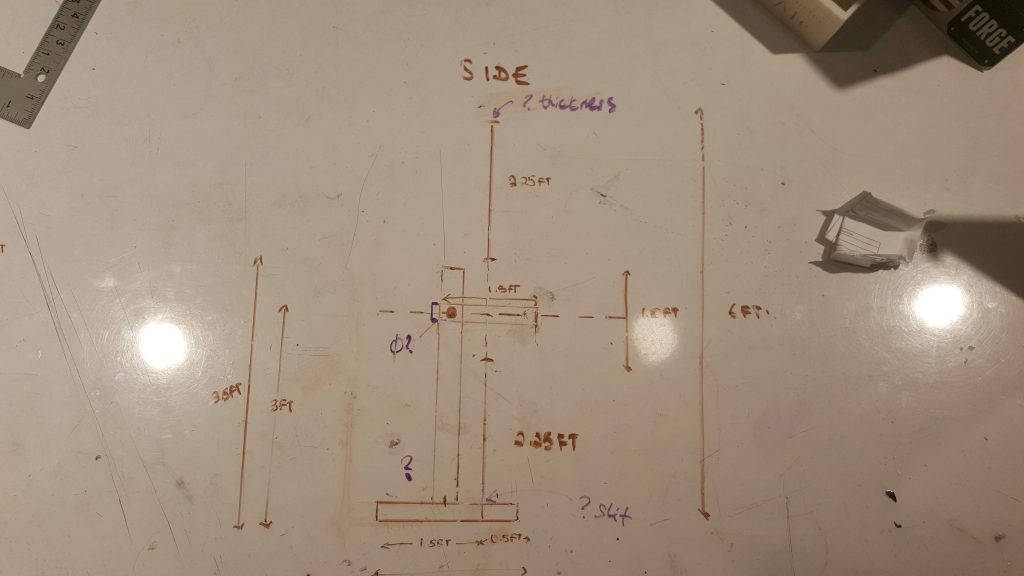 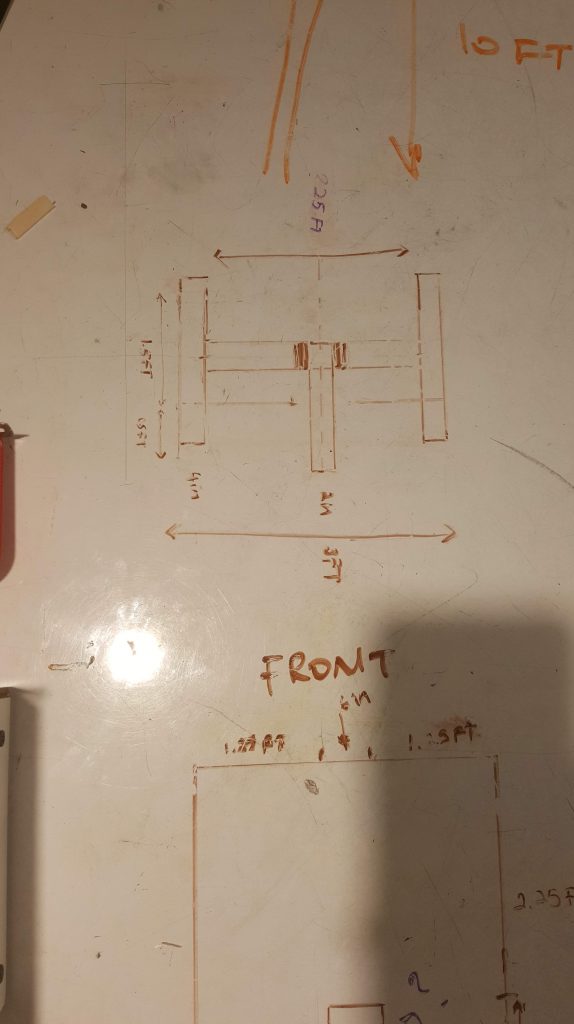 Under the guidance of my other instructor Zach, I was able to draw up some plans for the support and front panel of this physical switch. We bought a white front panel for this switch to emulate a wall switch, which was quite an adventure to haul over from Home Depot.

The woodworking process was the most challenging, having never worked with wood and power tools beyond drilling the occasional hole. I had to ask for a lot of help in order to get started, but fortunately was able to learn quickly. Within the timeframe, I was unable to come up with a precise CAD model of the work, so I had to improvise and make changes as I discovered available materials issues with the piece, like the height of the hole for the switch and so on. Learning to be flexible and making quick informed decisions proved to be helpful. 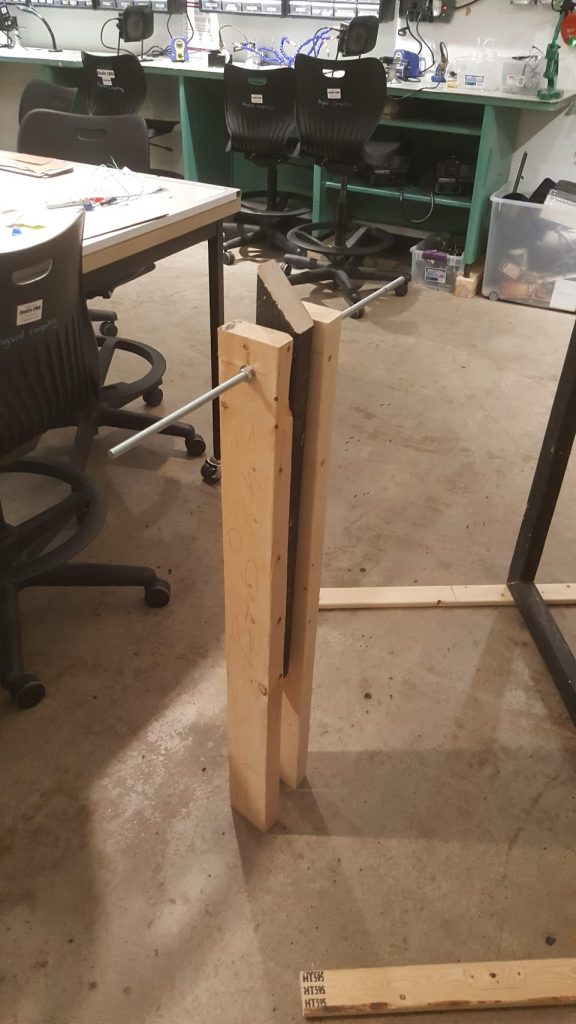 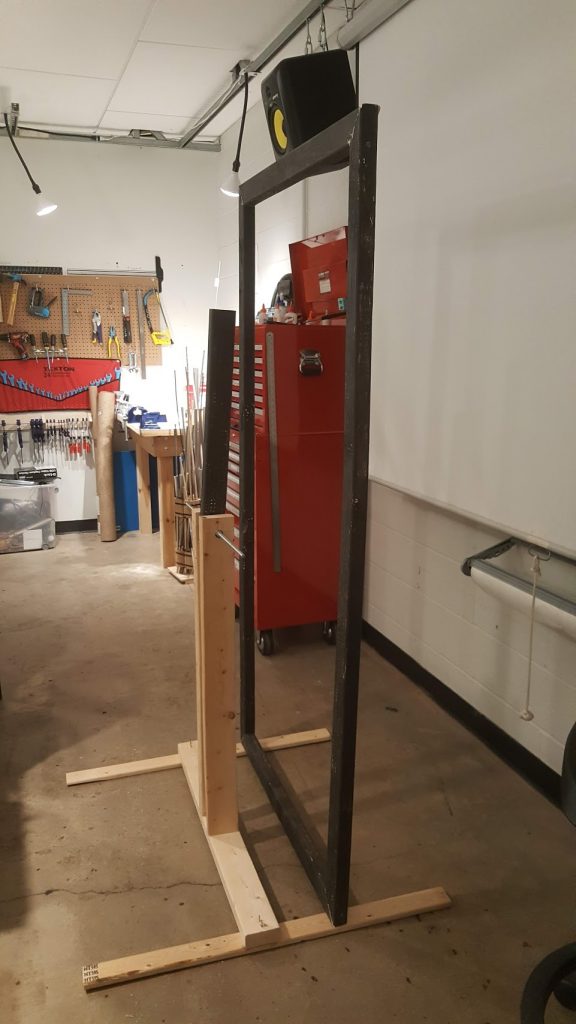 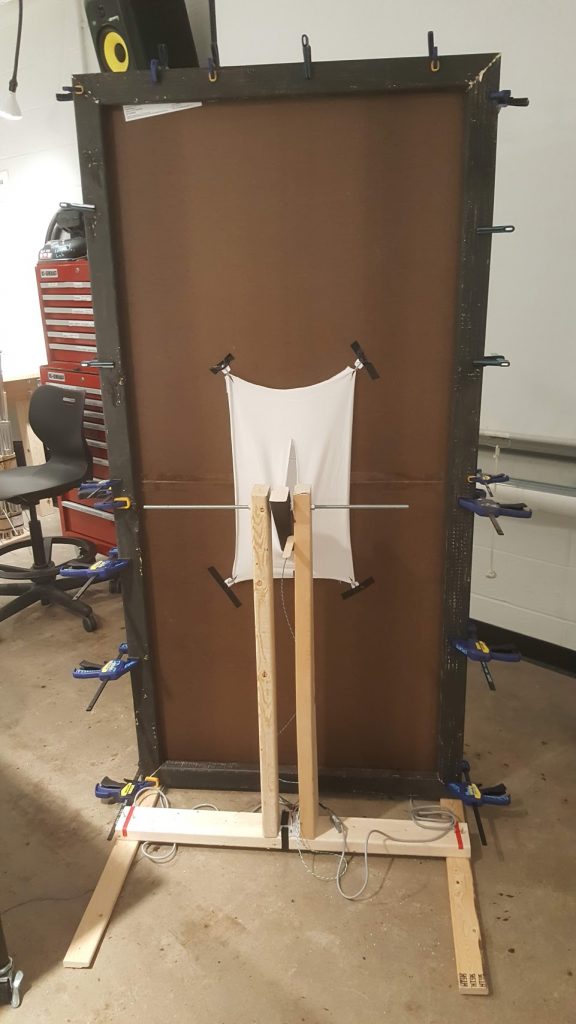 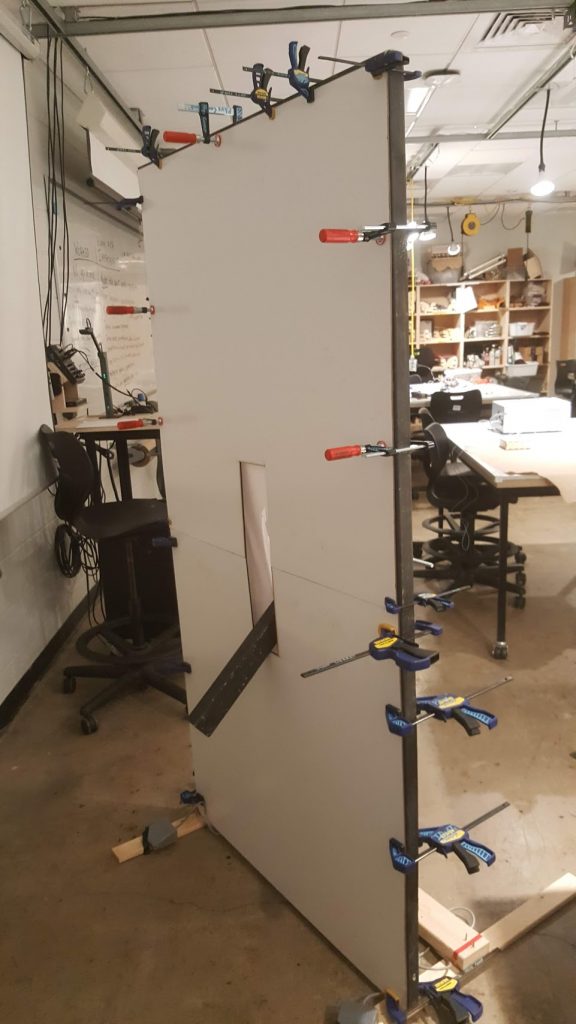 The final piece came together after a several long hours of hard work, and I was happy that it was functionally complete. There were some sacrifices made –  the light switch knob remaining black instead of having a white housing, the front panel had to be sawed in half, and footswitches were used instead of arcade buttons. But these sacrifices did ensure the work was complete on time and looked complete for the showing. The final switch was installed together with its output box about 6 feet away, wires hidden away with gaffer tape.

As part of the showing, I decided the night before that I had to introduce the piece with some words. The piece was quite literal, so visually, it looked just like a switch and would likely just be read as is without additional meaning. In order to convey the emotional aspect of the piece – I gave a 2-minute long spoken word piece, talking through my emotions and thoughts as I approached the switch and “wanting to do everything”. I was glad to have given this performance, as I believed it helped everyone to understand the piece and connect with the underlying concepts better.

If I had more time, I would like to have further completed the appearance of the switch. There are some missing pieces, like the housing of the switch that instead used a piece of fabric as the screen – that made the switch a little less desirable looking. The output box was also missing a physical motion output I was intended to produce and complement the light and sound outputs. However, I guess the missing output also adds to the “disappointment” message from the outputs of life. 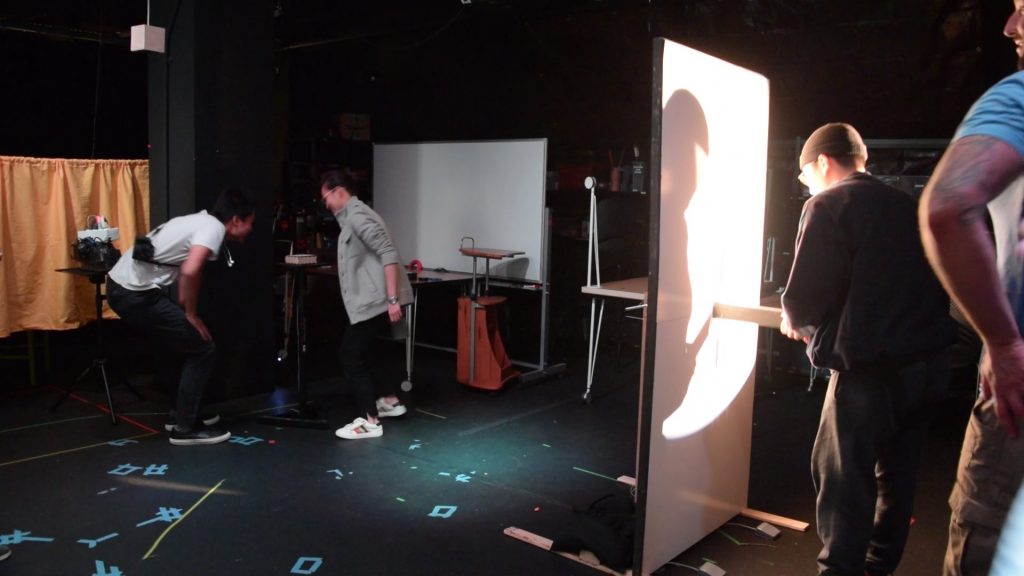 Another aspect of the piece that I thought a lot about was that during the performance, there was moments of unexpected laughter as certain words or statements were said. I felt that this broke the atmosphere that I was trying to build, but perhaps this is a way that the audience would process those thoughts. If I were to perform this piece again, I might employ music in order to create a more controlled atmosphere.

Overall, as a first step into the journey between performance art, sculpture and physical computing, I would consider this piece to be a successful exploration that did convey a specific message about what kind of inputs and expectations we have in life. The piece maybe did portray some of my current frustrations with life, but creating it did help me think about it, and made it OK to have some smaller outputs out of life. 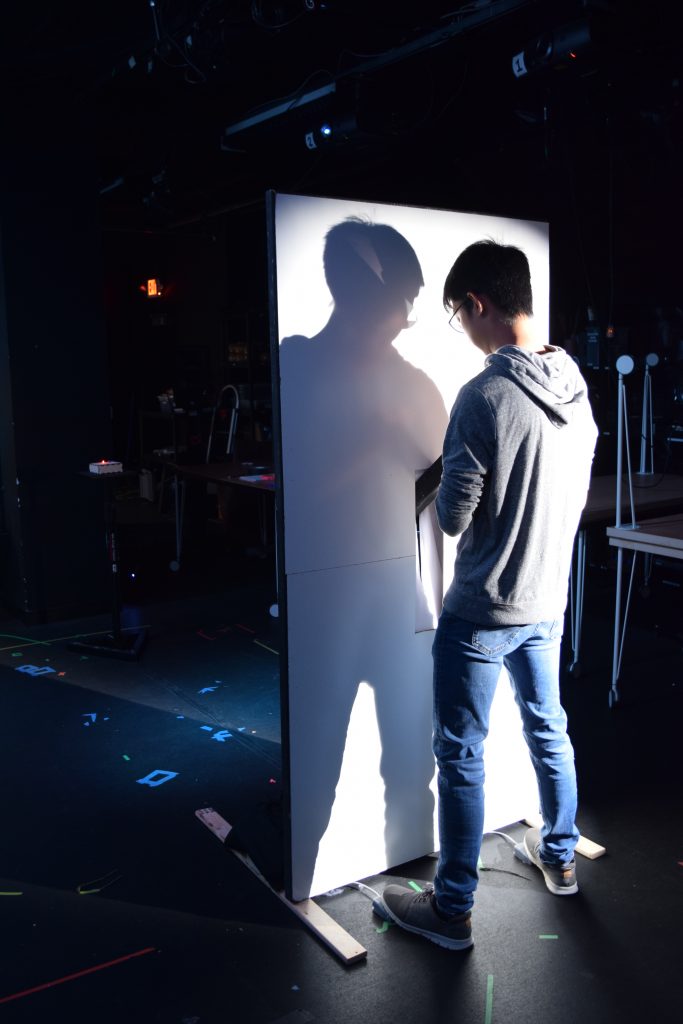