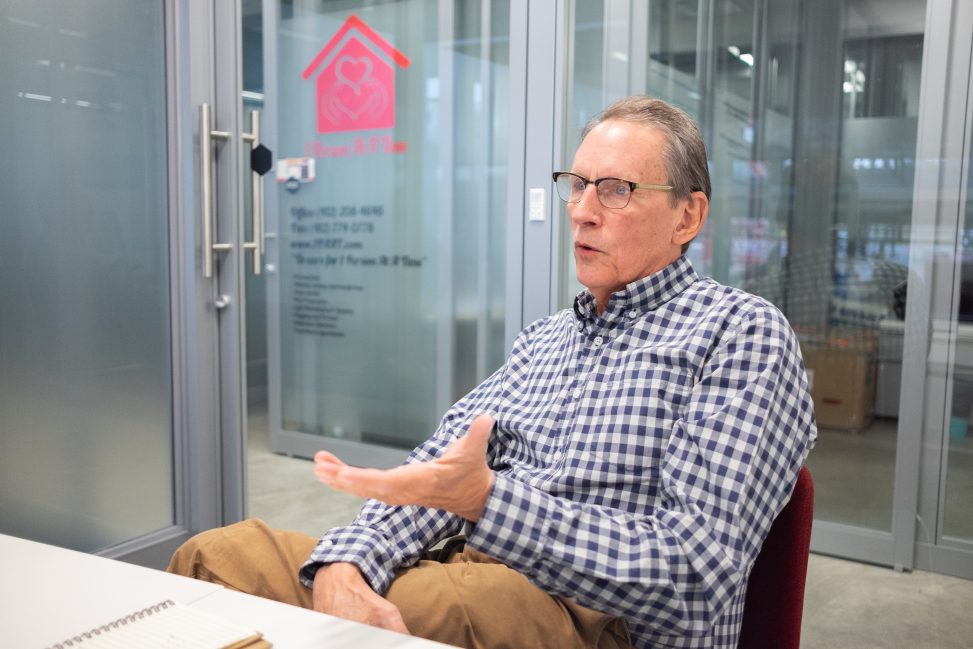 For this project, we design and build an assistive device based on a specific older person’s needs. We held a meeting with Gary, our client, to gain some information about his life so we could find places where an assistive device could play a role. Eric, Karan, and I (Tanvi) met Gary at his office in Bakery Square on Monday, March 25, at 9:30 AM.

We planned using a google document, the contents of which are displayed below, and decided we would mostly just let conversation flow as necessary.

DISCLAIMER: not in any particular order yet/doesn’t have to be

Our discussion with Gary began with him talking about his work and education. Gary has an education in neurophysiology, and his current practice began about 35 years ago. His business grew from its beginnings in Pittsburgh to being a multi-state business. He spoke at length about his work in the operating room, taking electrophysiologic and neurologic measurements, and how he enjoyed the intellectual stimulation it gives him as well as opportunities to interact with younger people who join the business. Gary is retired, but uses his time to come into work whenever he wants and  also pursue his own hobbies, such as drawing, breadbaking, videography, and photography. 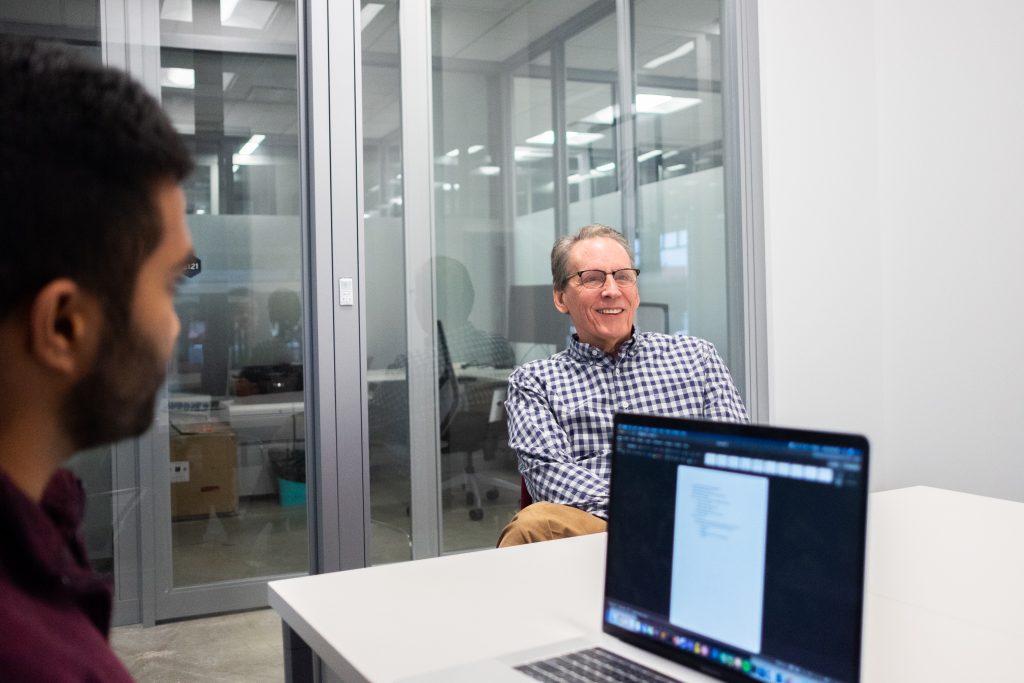 The four of us in a meeting room in Gary’s office building, Spaces. We asked him about something he least liked to do; he replied that he doesn’t really dislike any part of his life!

From there, we began talking about his experience traveling to different cities across the United States, as well as his personal vacations to other countries. Gary travels for about a week a month for work, but also enjoys traveling in his own time. For instance, we learned he would soon be visiting Japan as well as South Africa. We gathered that Gary is well-traveled, enjoys exploring, and usually has no issues during traveling time itself. We learned that Gary is interested in photography, and works on his skills as a photographer through taking pictures on his vacations. He mentioned that “the only thing is that the better cameras get heavy” and it becomes more difficult to wield them on vacations, but that high-quality cameras are unavoidably heavier because of the lens.

After we discussed Gary’s work and travel life, he suggested a few ideas of his own for devices that could help him. One was a timer for breadbaking – when he bakes multiple breads at once, he lacks a good way to keep track of all the different rise times.  Another was a device that would help him hear the what the surgeon is saying in the operating room, perhaps using a bluetooth microphone, since he has a slight hearing deficiency. However, his favorite idea is a device that would help him quantify how strong one side of his body is compared to the other side. He told us he had a stroke a year or so ago, and has no way to definitively compare the strength of one side to the other. This frustrates him as it prevents him, psychologically, from engaging in harder physical activities he has previously enjoyed (such as skiing, hiking, etc.). The physical therapist he sees compares strength by hand and “just says ‘Oh, you’re fine'”, but Gary wants to quantify this, in a sense. He said knowing how strong his weaker side is compared to his other side, as well as compared to others in his age group, would make him more comfortable returning to his active lifestyle. We spent quite a bit of time discussing this and possible forms the device could take.

The conversation flowed much more smoothly than we anticipated; we didn’t consult our planning document once and Gary was more than willing to talk to us about his work and personal life. He has a lot to say and is very passionate about what he does, so we were able to sit back and just listen to him talk at times. However, this did mean that we didn’t quite follow our agenda and didn’t ask all the questions we intended to. I personally wish I had asked just one more question: “What worries you?” I think (if Gary didn’t reply with “Nothing”) this would have given me a better understanding of what Gary really cares about.

Our initial impression of Gary was that he was very mentally sharp and engaged with the world around him. He seemed very comfortable with his life and mentioned that there was little about his life he didn’t enjoy, which made it somewhat difficult to find areas we could ask him to elaborate on. He seemed to realize this, though, and gave us some of his own ideas to consider. However, I feel that he did most (if not all) of the ideation during our meeting, and I wonder if our own idea for an assistive device for Gary would have been different if he hadn’t given us those ideas.

Overall, speaking with Gary was a pleasure and we all felt that the way moving forward from the meeting was clear. Gary had a conversation with Zach prior to our meeting, so he knew the ins and outs of the assignment before we stepped into his office. He knew what he wanted us to make before our conversation happened, which made our task of finding a “need” for an assistive device in his life rather easy. Because of this, our assistive device will be exactly in line with what Gary wants. However if we were to do this a second time, we would make sure to ask the important questions we had planned out, just so we could form our own impression of the situation and make the ideation more two-sided. Additionally, we were unable to meet Gary at his house as he lives in Sewickley, so we couldn’t ask him to demonstrate the exercises he had to do in his personal gym and see how he interacts with the space in his own home. Most of the information we were able to obtain from this interview was through his words and body language, and I feel that we might have learned more if we had interviewed Gary in his home.