This project is an installation that responds to the life inside of CFA by creating a wavelike motion in the negative space of the stairwell by actuating strings and hanging objects. The installation will be located inside one of the CFA stairwells. Dozens of strings will be attached to a sort of beam that sits between the railings on either side of the stairs at the mezzanine level. As people walk up and down the stairs, an ultrasonic ranger will detect their motion and a motor will activate and shift/rotate the beam attached to the strings to create the wavelike motion. Another possibility for an input besides using motion could be sound since there will be a huge range of sound levels going on during the night of installation.

The strings would hang all the way down to the main level where the Great Hall is so that people can experience the movement from in front of the stairwell as well. The stairwell is a perfect place for a project to respond to sound/movement since people are constantly passing through it. This project was inspired by the flocking birds video in the way that we hope the strings will move with a sense of cohesion and fluid motion. As the people on the steps notice that their movement is causing the chandelier to move, the sequence through the stairwell becomes more interesting. 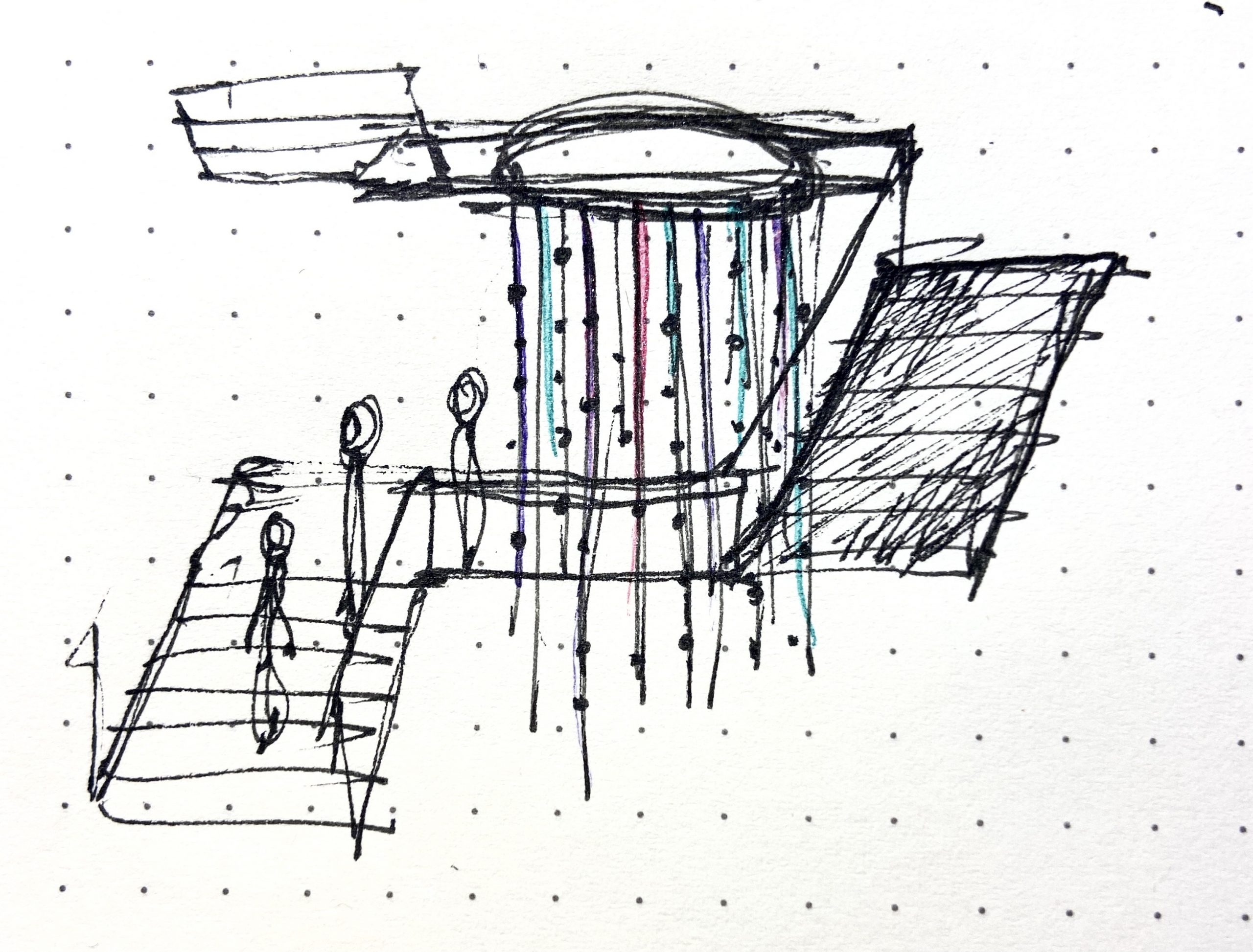 This project is an interactive installation consisting of a pressure mat similar to dance dance revolution/twister. When a person steps on this mat, it results in activating lights connected to a balloon arch. The lights activated depend on where the person steps. When there is nobody on the pressure mat, the lights react to the sound from the background or another project. Ideally, this reaction will be based on frequencies. If not, it is likely to be based on volume. The balloon arch will have the lights both inside and around the balloons.

This project is intended to be situated by the stairs near the zebra lounge. Any people passing by can interact with it.

This idea was inspired from brainstorming about balloons and potential ways to detect passerbys. Reacting to sounds through their frequencies and use of force sensitive resistors is inspired from an earlier project of one of the groupmates. 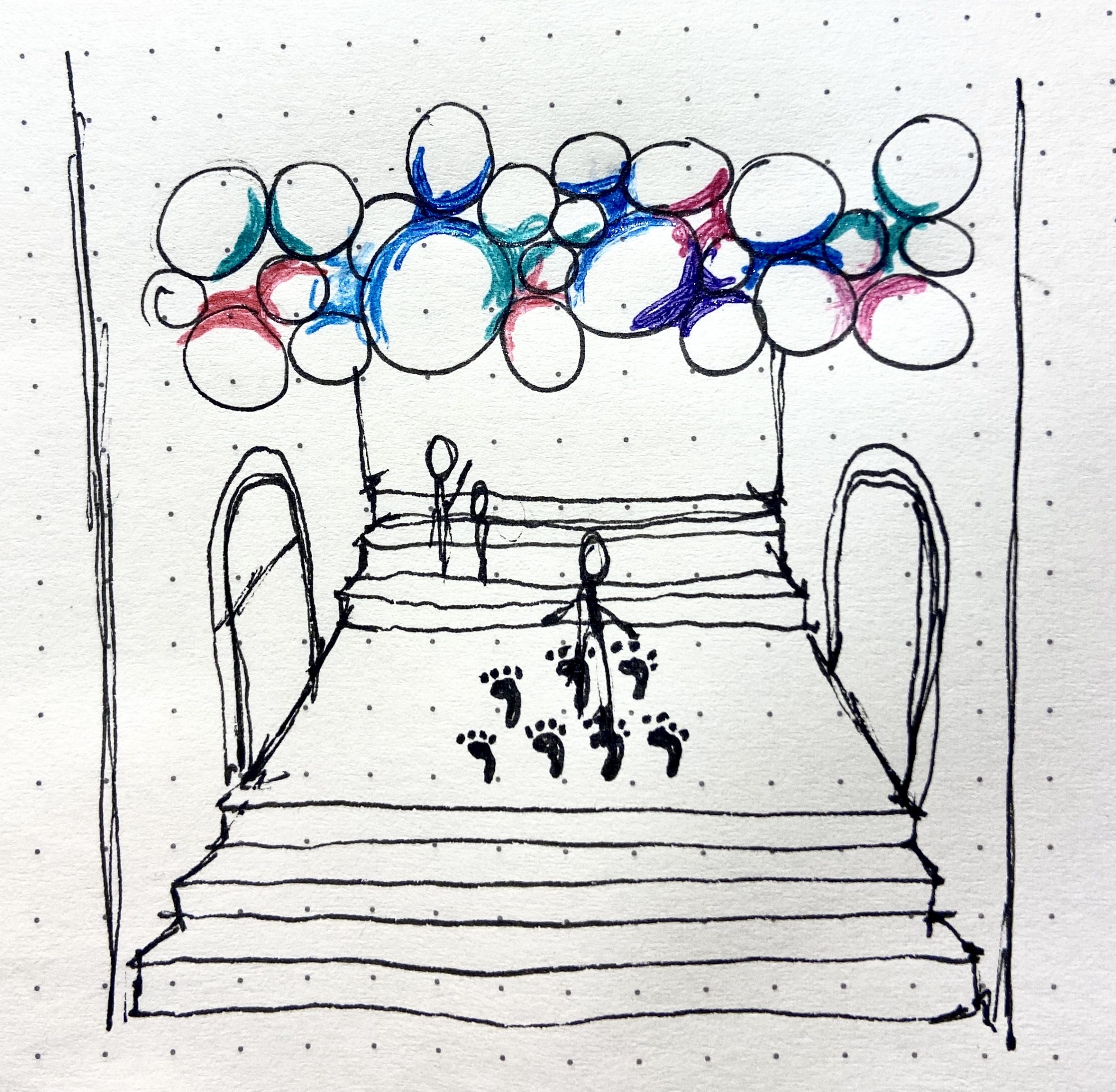