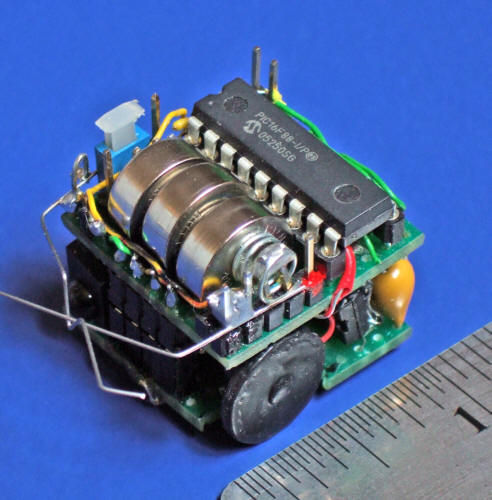 EXPLAINED: An autonomous sumo robot that is only one cubic inch in volume.

CHOSEN: I chose this robot because it is an incredibly small robot. One of our ideas was to build one of our sumo bots smaller, but not nearly this small. In order to make the robot this small, there were lots of cool soldering and electronic tricks used.

CRITIQUED: The designer did an amazing job achieving their main goal which was to create an autonomous robot that is as small as possible. Additionally, I like that the robot can respond to touch and user input via an IR remote (for non-autonomous use). However, while the soldering required to get it in this space is incredible, I would be interested to see how small this could get by using a surface mount PCB.

RELATED: This robot is one of several very tiny robots, some examples are: