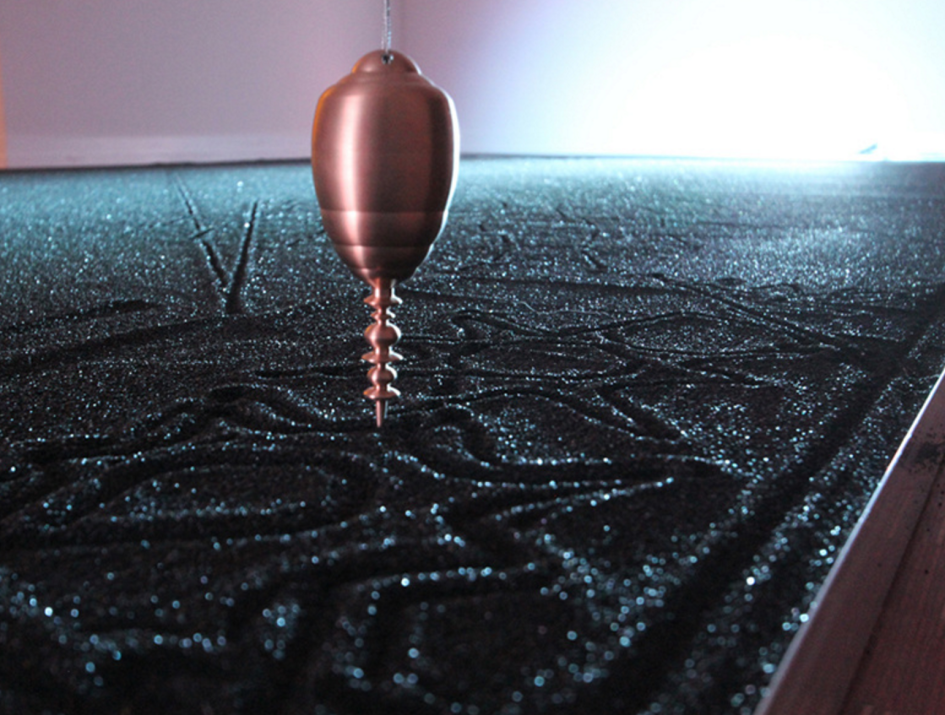 I recently went to a show opening at the Miller Gallery by the name of “Maximum Minimum In Unum.” One of the pieces displayed was “Entropic Order” by Laleh Mehran.

In this work, a pendulum-like device is used to draw patterns into a bed of sand.

I thought this was a unique take on a drawing bot. Instead of having a miniature car-like mechanism that is programmed to create patterns, this piece facilitates an elegant performance in which the patterns serve as both a product and a record of motion.

While I love the simplicity of the motion, I am still left to wonder what there is to gain from watching a pendulum fill a large grid with the same pattern. While the physicality of the machine is captivating, as the performance continues, nothing unexpected is revealed.

The patterns found in this piece are derived from the designs used in “Sacred Geometry.” These repeating patterns have been used in the construction of churches, mosques, temples and other places of worship. Such patterns are also not rare in the world of art. Artist and programmer Sakari Lehtonen developed a web app that allows users to generate their own patterns based on the principles of sacred geometry (http://geokone.net/).