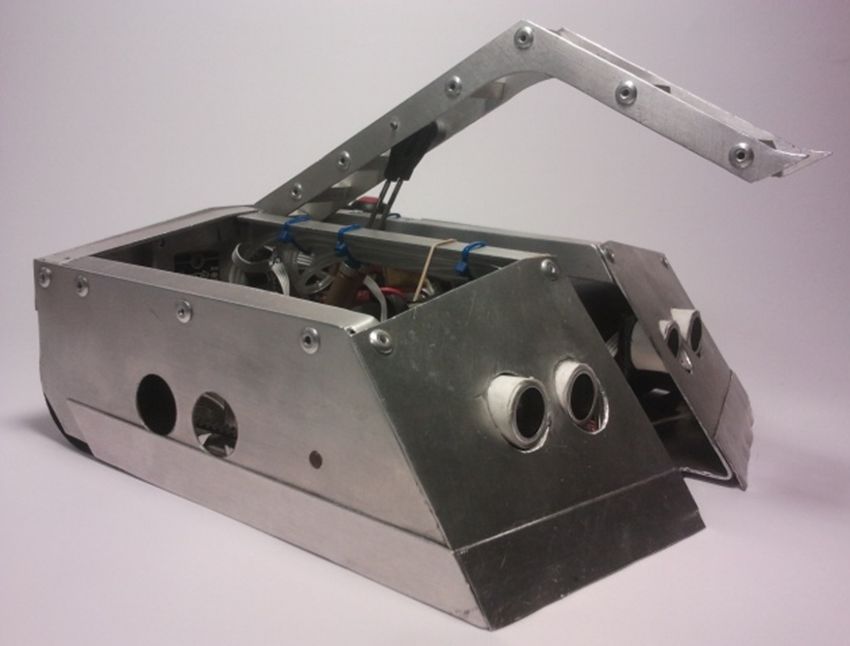 EXPLAINED: A sumo robot that uses a flipper to help get its opponents out of the ring.

CHOSEN: I chose this robot because it is one of the few small sumo robots to use an attack besides ramming to get their opponent out of the ring. Additionally, the designer was able to fit a lot of stuff into the small package (including an air tank, large lipo, motors, etc.) all while keeping it under 1kg. This could help us figure out how to keep our sumos small as well.

CRITIQUED: The designer did a very good job at fitting a lot into a small space and staying beneath the 1kg weight limit for the competition this robot was entered in. Also, the choice of flipper actuation (pneumatics) proved to be very strong and effective in the ring. However, this robot’s main weakness in the ring was its sides. Ultrasonic sensors on the back and front allowed it to avoid enemies from those directions. Unfortunately, the side sensors seem to have holes in the enclosure, but they were not added.

RELATED: This robot uses a similar lifting mechanism to larger battle bot robots. Some examples are: