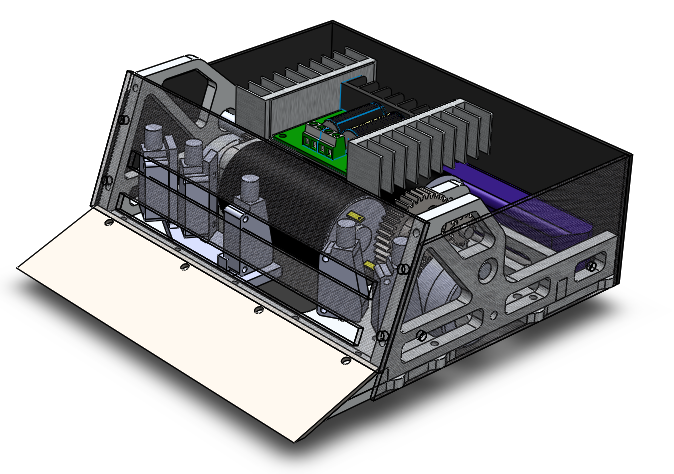 EXPLAINED: A sumo robot who uses extreme speed to knock its opponent out of the ring.

CHOSEN: I chose this robot because it has very good documentation and because it is one of the many sumo bots that use extreme speed as their main weapon. Additionally, everything on the robot is mounted to a single base plate which is our intended sumo bot construction technique.

CRITIQUED: The designer made a very effective sumo robot which did very well in several competitions. The design was steadily iterated over time in order to achieve this bot. Also, they included multiple sensors to find both opponents and the edge of the arena. However, the robot seems to only really smash straight forward at the beginning of the match which may allow random factors such as traction in different parts of the arena to effect the outcome of the match. It would have been nice to see more use of the sensors intended to track the other robot.

RELATED: Like many robots of this size, it uses extreme speed and a low angled blade to knock its opponents out of the ring. Other examples are: