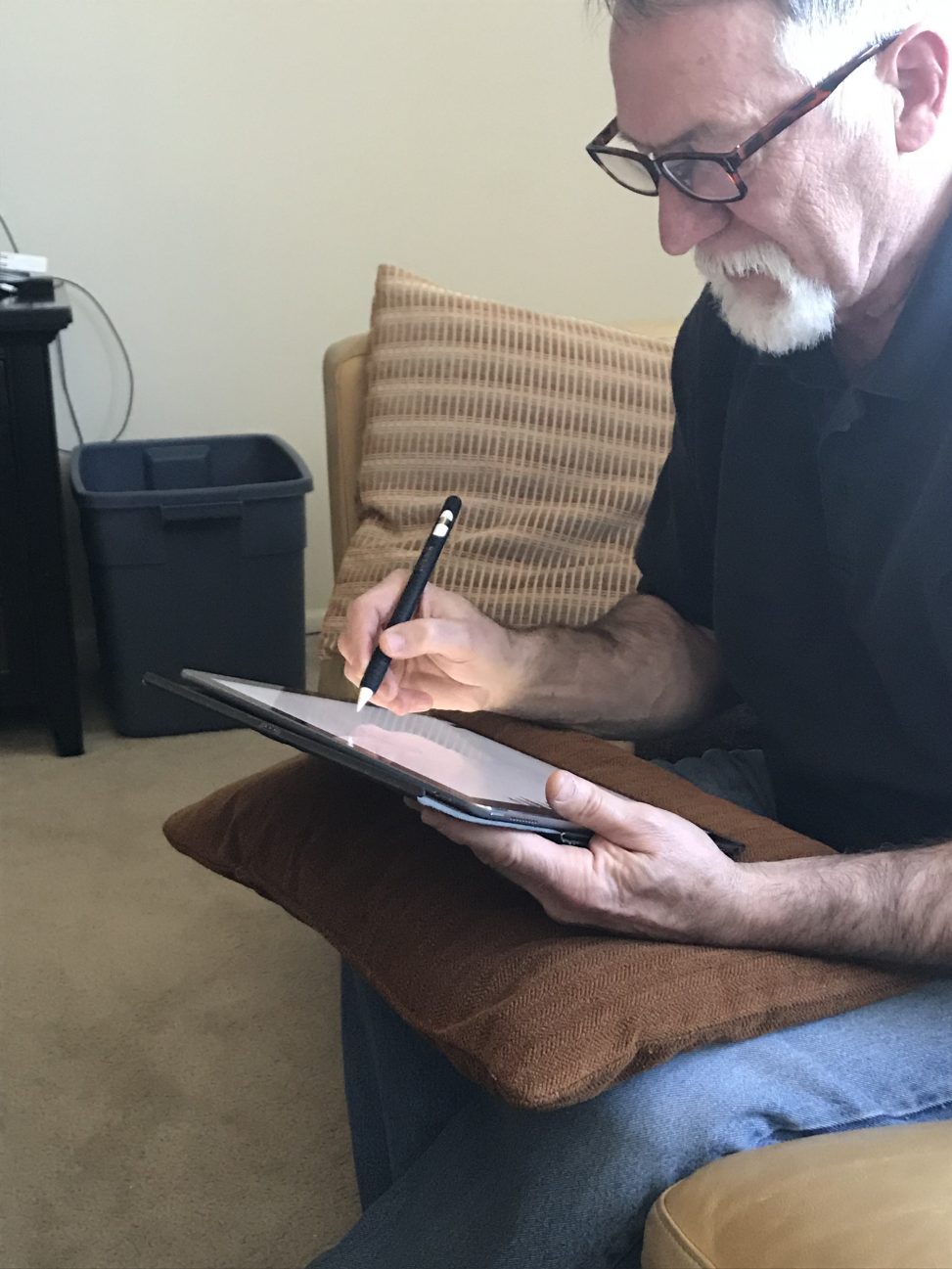 For this meeting, we were focused on getting to know Richard, and finding out some areas where he felt his life could be improved by our making of some sort of device to help him in that area. We met at Richard’s apartment on Tuesday, March 26th at 4:45 PM. All three members of our team, Adrien, Nathan, and I(Erin), were present.

When we spoke to him, Richard already had some ideas for areas in which a new device could be beneficial. The two areas of interest were something that would help position his iPad when he was using it to draw on the couch and could track the time he’d spent working on it so to make better estimates for his jewellery commissions, and something that would help him with his hydroponics system. We decided to focus in on the device for his iPad, as that was the area where he felt like there wasn’t already an exact solution for it. 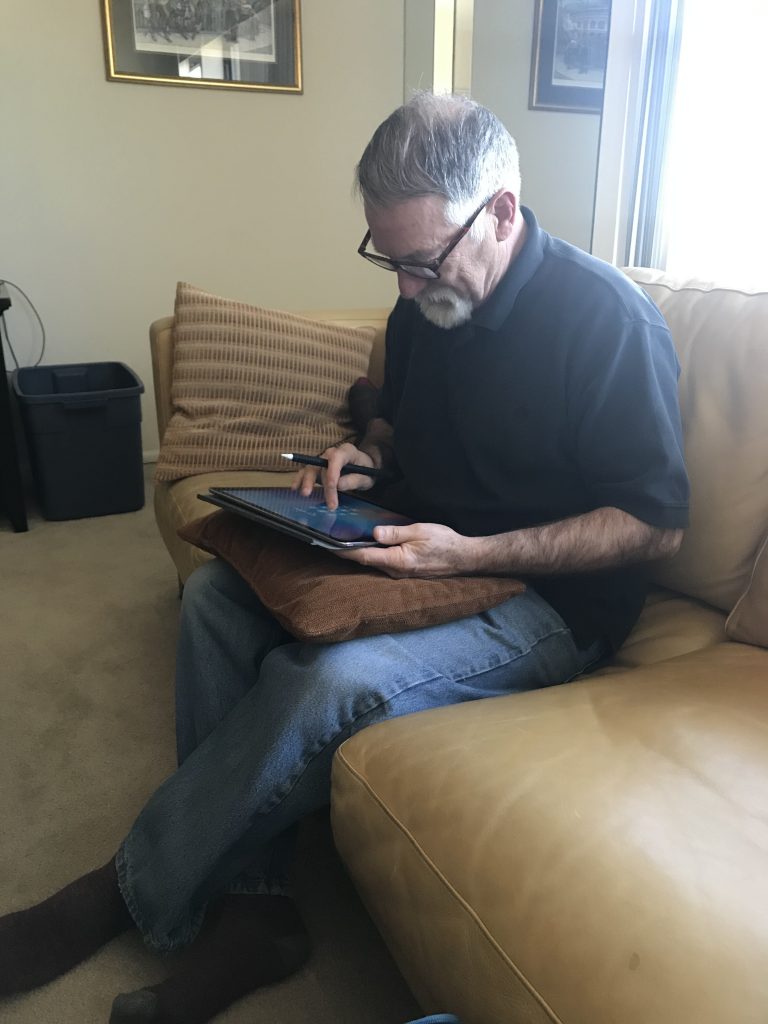 Richard demonstrating how he uses his iPad to draw sketches for jewellery commissions on his couch.

At night, Richard sits on the couch with his iPad on a pillow on his laps and draws for jewellery commissions while he and his wife listen to the news. During this process, he has to move and tilt his iPad around to draw, which he finds a bit cumbersome. He was interested in some sort of lap desk-type-thing that would help do some of this work for him. 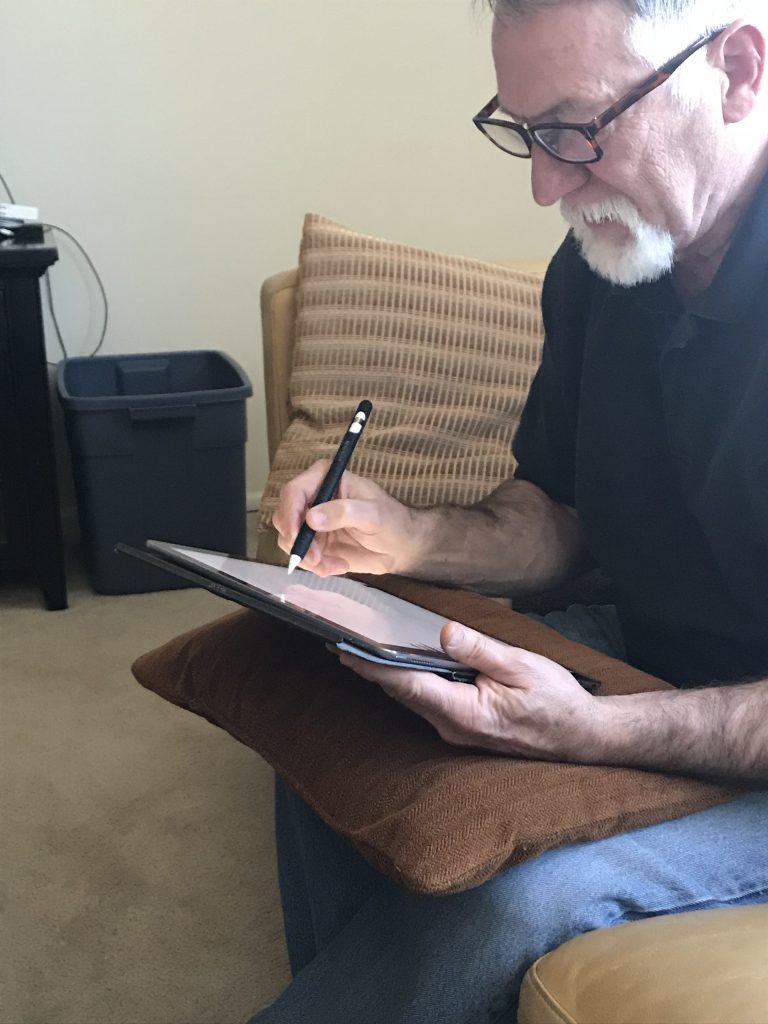 Close up – notice how he has to use his hand to support his iPad.

Some features he was interested in having for this holder included 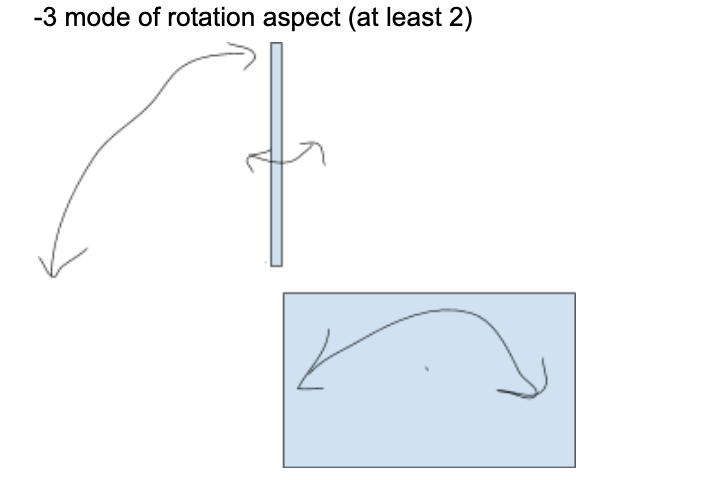 Sketch Nathan made during the meeting of the freedom of movement Richard wanted from his iPad when attached to this device.

Because Richard had thought about the prompt beforehand, our meeting with him deviated from our original agenda in that it was a lot more direct – we didn’t have to spend a lot of time identifying the problem area. While Richard gave us a fairly clear cut idea for what he wanted, we thought this project could pose some interesting design and technical challenges, in terms of the creation of the actual objects and setting parameters for the motion. I think next time I would have liked to have him draw what he was generally looking for, and have us as a group add on to it to think of more possible features. Overall, we all thought the meeting went well and was very productive.