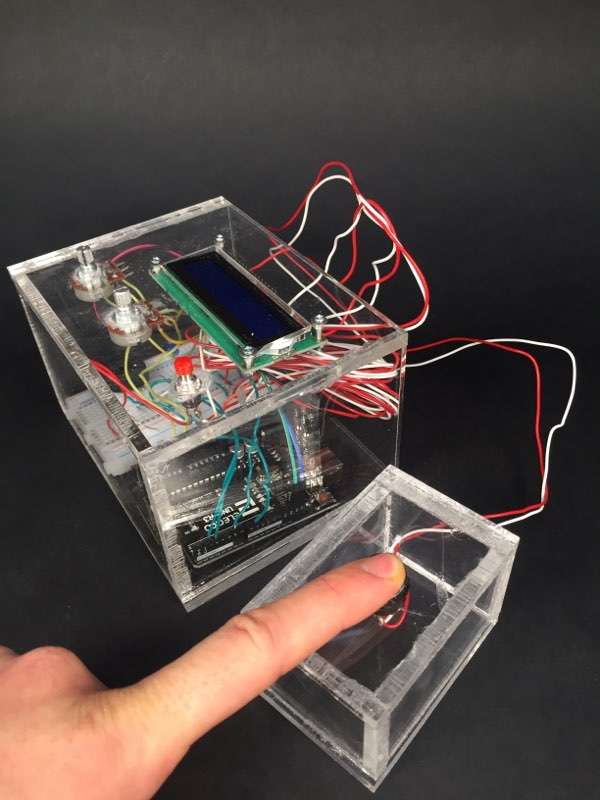 This project features an alarm clock that can only be disabled by pressing a button located across the room from the users sleeping location. 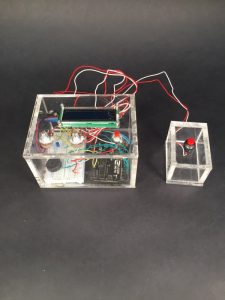 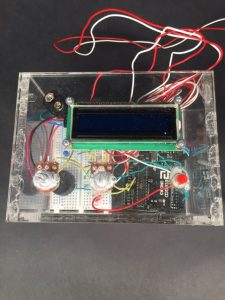 User interface consisting of an I2C LCD display, 2 potentiometers, and a push button. 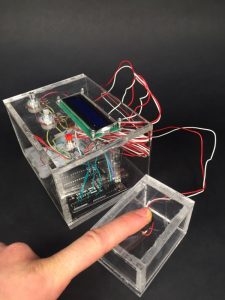 As a mechanical engineer, I have developed a fascination with the working world around me. I like to see how things work and how they differ from other objects and products similar to them. This prompted me to construct  my final iteration using clear acrylic to house the electronic components of my alarm clock.

I originally intended to use an LED light strip mounted above the users bed as another method of notifying the user to wake up. I decided against this due to the extra power required and increase in the wiring needed to be installed in order to have the lights mounted externally. 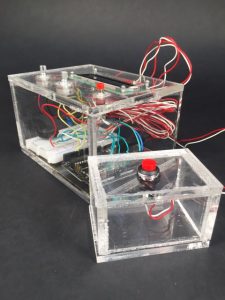 Clear acrylic allows user to see the inner workings of the clock and also makes it easier to see the LED when alarm is triggered. 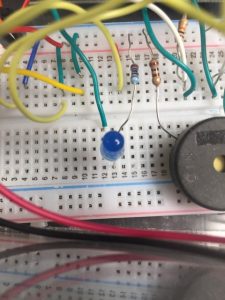 LED mounted inside the device decreases the amount of external wiring required and also illuminates and emphasizes the electrical components of it.